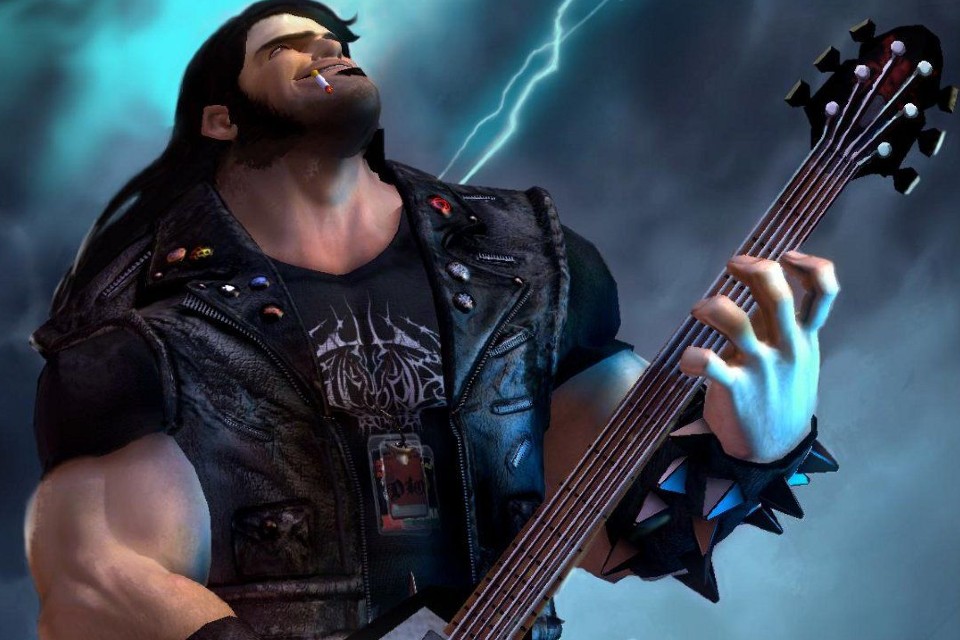 July 13th is the day the whole world celebrates Rock Day, a great time to remember some of our favorite bands and songs! As rock is not just limited to sound, but also to a whole lifestyle, it is natural that its influence spreads to other media and art forms as well.

Thus, from the times of 8-bit to the present day, there is no lack of games focused on celebrating the genre. Thinking about it and enjoying this very special day, let’s remember 10 of the most rock and roll games that have ever been made. Some are amazing, others not so good, but they all share one thing in common: they give you that desire to put the sound on the stalk! Check out our selection below:

When Blizzard was still known as Silicon & Synapse, Inc, the California studio released a racing game that was very different from anything we’ve seen before! Not only for its electrifying arcade gameplay focused on improving your futuristic vehicle and blowing up rivals, but especially for the pioneering use of great Rock classics in its soundtrack, with charming versions of Paranoid, Highway Star, Bad to the Bone and more! You can remember this experience on modern consoles through the Blizzard Arcade Collection.

Although we highlighted the incredible San Andreas around here, it would not be unreasonable to say that all games by the developer Rockstar overflow rock already in their DNA, as the name of the studio makes clear. From the topics covered in the history of GTA even its musical selection, the franchise is the face of the rockers on duty! The best option was to tune into Radio X and cut through the city streets to the sounds of Depeche Mode, Guns N’ Roses, Alice in Chains, Soundgarden and more!

Long before he starred in his own franchise title guitar hero, the band Aerosmith was already involved with video games. In this rail shooting game, the main attraction was to enjoy some of his biggest hits during combat, such as the tracks Eat The Rich, Sweet Emotion, Toys in the Attic and Walk This Way.

Kiss Psycho Circus The Nightmare Child (2000 on PC and Dreamcast)

When Kiss was still at its peak, GodGames and Third Law Interactive tried to create a 3D first-person shooter game following in the footsteps of the biggest hits of the time. Despite not tickling the giants of the genre, this was a pretty decent adventure even for those who didn’t like the band that much and were just looking for an uncompromising shootout with a strong visual identity.

Both the comic book by author Bryan Lee O’Malley and the film inspired by his comic book were already rock and roll by their very nature, both in the ubiquitous musical references and in the shows by the fictional band Sex Bob-Omb. The game recaptures that feeling very well and features an electrifying soundtrack recorded by the band Anamanaguchi!

You can’t talk about the advance in the use of licensed music in video games without valuing the series’ legacy Tony Hawk’s Pro Skater. To this day, fans know the playlists of the franchise’s main titles by heart and, although it’s hard to choose just one game to highlight, the incredible THPS 2 perhaps it’s what best balances great gameplay with uplifting music like Rage Against the Machine’s iconic Guerilla Radio.

Although it is common to praise the contributions of THPS for the use of rock in video games, many forget the importance of the series FIFA! Yeah, EA’s annual football franchise has put a lot of effort and money into associating great music with their releases as technology allowed. In the late 90’s and early 2000’s we had great openings to the sound of Blur, Robbie Williams, Gorillaz and more! To this day, the franchise’s games include gigantic playlists, but now embracing the most diverse genres.

Those who lived through the times must remember very well the fever that musical games became thanks to the success of guitar hero. Since Harmonix released its first chapter in 2005 only on the PS2, Gibson SG-inspired plastic guitars have become increasingly common items in gamers’ homes. In the second game there are already almost five hours of songs in all for the guys to play rock star trying to get as many points as possible in an extremely addictive gameplay!

while the franchise guitar hero continued to grow in popularity, Harmonix was acquired by MTV Games and in 2007 launched a new music series. Thanks to its even deeper gameplay, new musical instruments were released to accompany the little guitars, so they were now accompanied by drums and microphones, making the social experience even more exciting! Among the most prominent bands on the score are Red Hot Chili Peppers, Foo Fighters, David Bowie and The Who.

Tim Schafer is one of the most creative developers in the industry and although his games flirt with the most diverse themes and genres, he never hid his appreciation for good old rock. On the cover of the classic adventure Full Throttle we had the promise of diving into a “heavy metal journey”, but it was the excellent Brutal Legend that Tim wrote his greatest love letter to music.

Starring his friend Jack Black (who will also be on the new soundtrack Psychonauts 2), the game also featured appearances from big shots like Ozzy Osbourne, Lemmy Kilmister and Lita Ford. Its entire aesthetics and theme revolve around celebrating Rock and Roll, and we can only thank you that such a cool project has taken shape!

What did you think of our list? What is the most rock and roll game you’ve ever played? Enjoy and tell us here in the comments which is your favorite band on this Day of Rock!