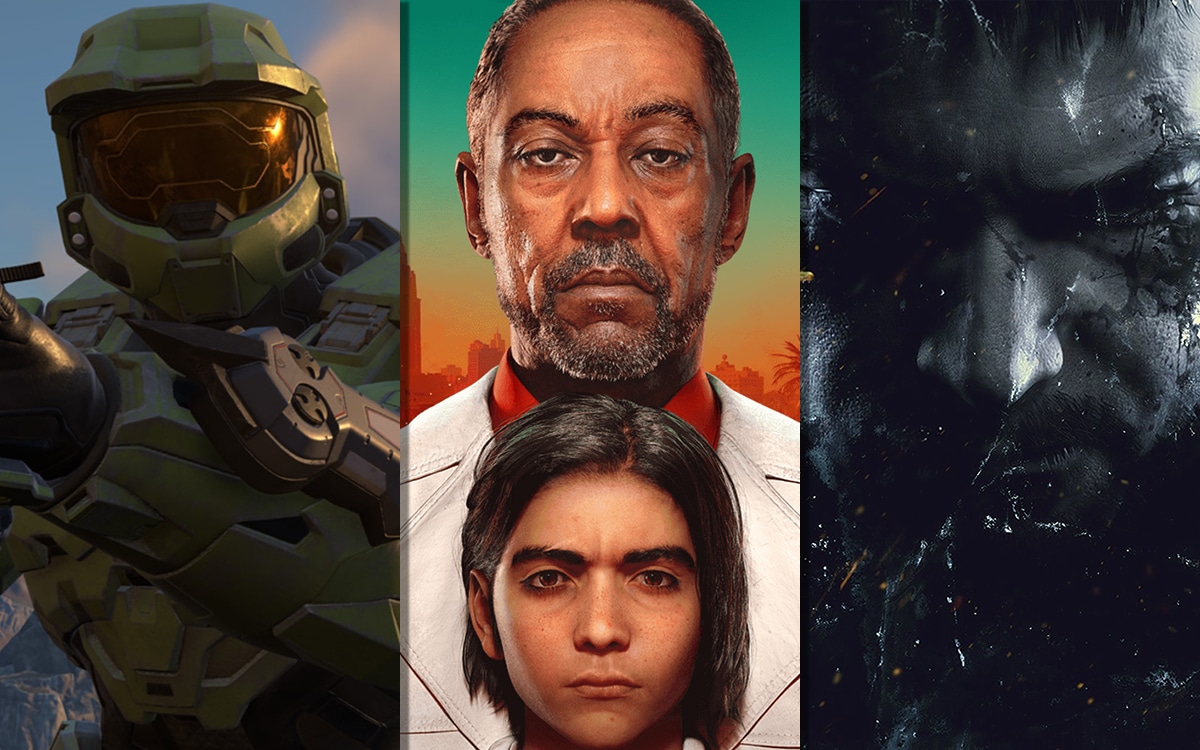 2021 promises to be a big year for video games. The new PS5 and Xbox Series X consoles will hit cruising speed, while the PC and Switch will continue their momentum. In this feature, we’ll take a look at ten must-watch games that are announced for this year.

2020 has been a crazy year for video games. The first half was marked by flagship titles like Final Fantasy VII Remake, The Last of Us 2 or Ghost of Tsushima. It ended in style with the release of the new PS5 and Xbox Series X consoles. We can also point out the release of strong titles like Cyberpunk 2077, which has caused a lot of ink to flow, or World of Warcraft Shadowlands, which proved that the MMO still has a bright future ahead of it. 2021 also promises great things for media fans. Consoles are going to have to assert themselves with big titles and the PC will continue to provide us with its nuggets.

In this folder, we have selected ten games to watch and announced for this year. The list is not exhaustive, as there are many more titles on the way, but these are the ones you are bound to hear about. Note also that many games for 2021 have not yet been announced. They are not logically in the list.

Halo Infinite was to be THE launch title for the Xbox Series X, the one that was to sell consoles. But before a catastrophic presentation in July 2020, 343 Industries has decided to postpone it for 2021 in order to improve it.

We can expect a pure Halo, with some improvements in the formula that will be eyeing the open world this time. A game eagerly awaited by fans and which will serve as the emblem for the Series X… A year after its release.

Horizon Zero Dawn Direct Sequel, Fordidden West will put us back in Aloy’s boots for a new adventure. Direction the coast of California to discover another facet of this post-apocalyptic world.

This title promises to serve us again the same formula as before, always with a gigantic open world. One of the novelties will be the possibility of discovering underwater environments. A future pillar of the early life of the PS5.

The seventh episode of Resident Evil had inaugurated a new formula: first person gameplay. Resident Evil 8 Village will remain in this lineage. But this time, we abandon the Louisiana bayou for the Alps.

French studio Amplitude tackles the Civilization license head-on with this new 4X. It will be about evolving its civilization from the Stone Age to the Space Age and making it survive the turmoil of history.

Here, Amplitude reuses known strings, but profoundly changes the rules. For example, we should not choose a predefined civilization, but create our own with elements made available to us. A game that promises to be rich and addicting and which should delight fans of the genre.

Developed by the Lyon studio Arkane (Dishonored, Prey), Deathloop introduces a new universe inspired by spy movies from the 60s and 70s.

In this game the hero is stuck in a time loop and will have to eliminate his rivals to achieve his ends. Curious gameplay that promises a lot.

The inaugural Far Cry license will return for a promising new opus. This time, we abandon Montana and its rednecks for an island located in Latin America: Yara.

We can expect the same gameplay as the previous sections. The series is best known for its charismatic villains. This time, this is Giancarlo Esposito (Breaking Bad, The Boys, The Mandalorian) who takes on this role. He plays the dictator of Yara who will have to be removed from power.

The next installment of the adventures of the most famous bald in video games is coming soon. As in previous games, it will be to assassinate a target as discreetly and efficiently as possible in an open world.

Lots of possibilities will be made available to the player. He will have to navigate in levels full of details to exploit to arrive at his ends. Once again a game that promises to be excellent.

The new episode of the franchise will be a PS5 exclusive. It will blow us away with graphics worthy of an animated film. A first gameplay sequence released by Sony had everyone agree on this point.

This time, our two acolytes will travel between worlds. We will have the right to a very classic action adventure game, but effective, like the previous parts.

This is an important game for Amazon Game Studios, which is playing its future with this MMO. After Crucible’s disastrous summer 2020 release, the studio must win its audience with this project.

This is a buy to play MMORPG (therefore without subscription) and focused on PVP. The player plays there a settler in the 16th century who arrives in a mysterious land full of magic. A game expected at the turn by MMO fans and those who want to see if Amazon Game Studio will be a developer to rely on in the future. As a reminder, Amazon is also developing a Lord of the Rings MMO, scheduled for 2022 and which will accompany the release of the series.

God of War is one of the most important games of the PS4 era. Its sequel, subtitled Ragnarok, will have to carry this heritage. But we imagine that Kratos’ shoulders are strong enough for that.

We don’t know anything about the game. Sony only released a teaser stating that he was still developed by Santa Monica Studios. It is currently scheduled for this year, without further details.

Lots of other games expected, not necessarily for this year

2021 has many other surprises in store for video games as well. We can evoke The Medium, who advertises himself as the heir to Silent Hill, or Hogwarts Legacy, open world set in the Harry Potter universe that should appeal to fans of the bespectacled wizard. Gotham knights as well as Gran Turismo 7, both announced for this year, could also promise long hours of play.

We can expect more surprise titles to be released. Games that have not yet been officially announced for 2021 (and therefore have a good chance of arriving in 2022). We think in particular of Final Fantasy XVI, Stalker 2 or even Breath of the Wild 2, which we are all waiting for.

And you, which game (s) are you looking forward to the most this year? Tell us in the comments !