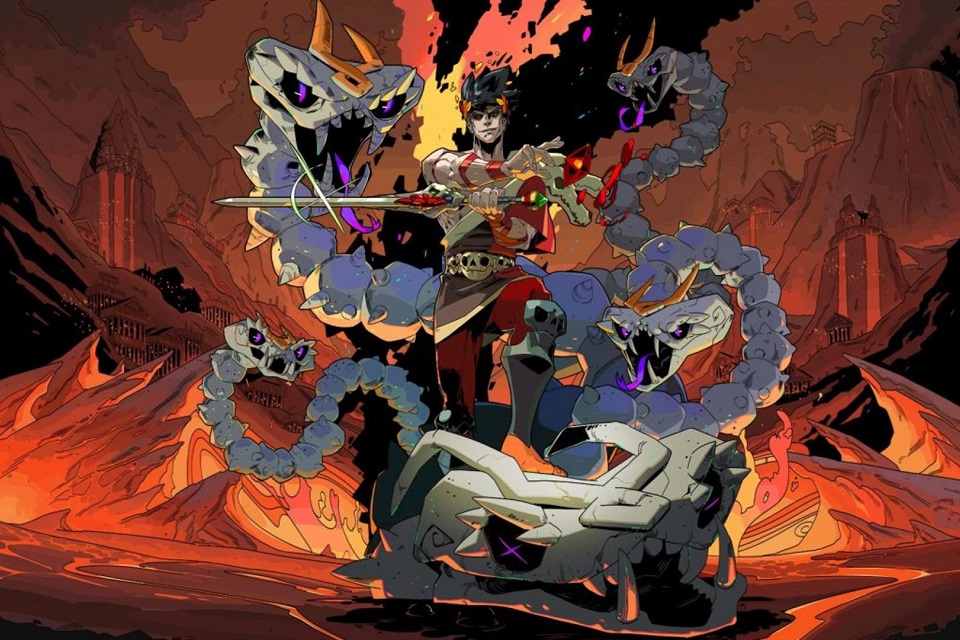 Even though they have smaller budgets and teams for their development, independent games manage to surprise more each year, and in 2020 this was no exception. In fact, it is easy to say that this year was saved more by indies than by AAA games.

So, to close with a flourish, how about celebrating some of the indie titles that cheered 2020?

There is no way to talk about the best indies of 2020 without mentioning Hades, the roguelike from Supergiant Games. The game was in early access since 2018 on the Epic Games Store and since 2019 on Steam and had its official launch in September 2020.

The title presents the story of Zagreus, the son of Hades who wants to escape the Underworld at any cost. Only the father is not a big fan of the idea and creates several obstacles and hordes of enemies for the son to face.

Fortunately, Zagreus knows how to defend himself very well and has up to six weapons and several bonuses given by gods who sympathize with the boy’s cause. With that, you can create super diverse fighting styles until you find the one you find most effective.

As it is a roguelike, you will die a few times until you make it through the final boss, which also means losing what you have achieved so far. The good news is that some bonuses remain when learning the mechanics of enemies and weapons, so you’ll soon be doing speedruns to see how fast you can zero Hades for the hundredth time.

What would 2020 be without multiplayer games? Among so many titles of this type that stood out this year, Fall Guys it was one of the most popular, either because it was cheap, or because it was available for free on PS Plus on PS4, or because everyone just wanted a game from Faustão’s games.

In the game, your only goal is to get through the obstacles of each round to reach the end and try to get first. Only you need to compete against 59 people, a number that will drop as the rounds eliminate some participants.

Since each stage is chosen at random, you never know exactly what to expect. Other than that, you can be very good at one of the competitions and end up being sabotaged by a malicious opponent, which increases the unpredictability of the game.

You know those horror games in which an experiment goes wrong and a horrible monster is on the loose trying to kill everyone on the scene? In Carrion you don’t play with one of the victims, as usual, but as the monster.

This concept already makes the title super interesting, even more when you discover that the more humans you consume, the bigger and more powerful it will be in its monstrous form. Maybe we got a little excited, but it guarantees that this change in roles was very well implemented and fun.

Spiritfarer is the kind of game that arrives without warning to stir up our feelings – and in 2020! In that title, you are in control of Stella, who, accompanied by her faithful cat, needs to drive a raft for the dead to head to the Hereafter.

Basically, it’s pretty much inspired by Charon, the Hades boatman from Greek mythology. We will not tell so much of the story to spare the spoilers, but it is worth saying that it is a very moving plot about the loss and the way we deal with it. Stella’s own story is gradually told through memories about life and family. Easily, one of the indies games that surprised you most this year.

As many people may already know, Among Us was released in 2018, but it was only throughout 2020 that it became a worldwide sensation. The success started with broadcasts on Twitch, and it wasn’t long before viewers wanted to join in the fun.

The game itself is very simple, as it only puts you on a map with your friends so that everyone can perform specific tasks. Only at least one of you is an imposter who must kill all the other members of the team without anyone finding out. The best is that the more players participate, the more imposters there will be in the matches, which allows them to strategize and try to frame the innocent by making them look suspicious.

In the end, all the fun in the game happens more with the interaction between the players than with the mechanics of the game itself. Among Us caused such an impressive phenomenon that it won several awards at this year’s Game Awards.

Indie games are famous for taking fun gameplay from the simplest concepts. In case of Moving Out, the characters work in a moving company, but their duty is not to do the most meticulous work in the world. Instead, you are constantly fighting time to get the furniture into the moving truck as quickly as possible, even if it means throwing objects out the window.

The cool thing is that the game can also be enjoyed in cooperative mode, but in our experience it is possible to say that it is likely that the fun will end in someone blaming the companion when the stages are not completed in the shortest possible time.

Many fans of Pokémon would love to see an MMO-style game or even a simple PC version. We’re sure it won’t happen anytime soon (or ever), but at least we’ve Have got has got to occupy that space.

This game arrived very early in 2020 with the proposal of monsters that could be captured and used in battles against other players instead of simple NPCs. The cool thing is that since January the developers have added content, including islands and items to make the title more interesting.

Even though it hasn’t received as much attention as other titles on the list, Cloudpunk provided a very interesting and relaxing experience for fans of indie games. The truth is that it is very simple and consists only in the purpose of your character making deliveries to residents of a cyberpunk metropolis.

In the middle of that, you can explore the city, chat with NPCs, find out more of what’s going on there, and even learn about corporate conspiracies. If you don’t want to think about the other current cyberpunk-themed title, this might be a good alternative.

This is the most recent indie game on the list, having been released in October. Still, it managed to win over many fans, either by the cartoonish visual style or by the relaxed puzzles.

The little Carto is transported to a world inside a book and soon realizes that it has limits according to the pages it finds there. Each page reveals a piece of the map, which can be added in different ways to the existing world.

The best thing is that you can change the shape of the world at any time by moving and rotating the pieces of paper to reveal new places, people and puzzles. As the game is available to Game Pass subscribers, here is a tip for those looking for a totally indie good indie.

We know that Phasmophobia is still in early access on Steam, but you can’t ignore the fact that it was one of the funniest and scariest indies games of the year. The look is simple and its objective is even more: to enter a haunted place, look for a clue and find out what kind of ghost is there. Since each creature has its own characteristics, you have to use some artifices for them to be revealed.

This includes talking to ghosts and seeing if they respond, taking the temperature of the place, checking for fingerprints, etc. The problem is that your presence in the haunted place can irritate the spirits, who go into hunting mode and can kill you or one of your friends.

The most interesting is that there are several maps at the moment, such as prison, school, sanatorium and several houses of varying sizes. More sites are being added little by little, but you can already tell that one is more frightening than the other.