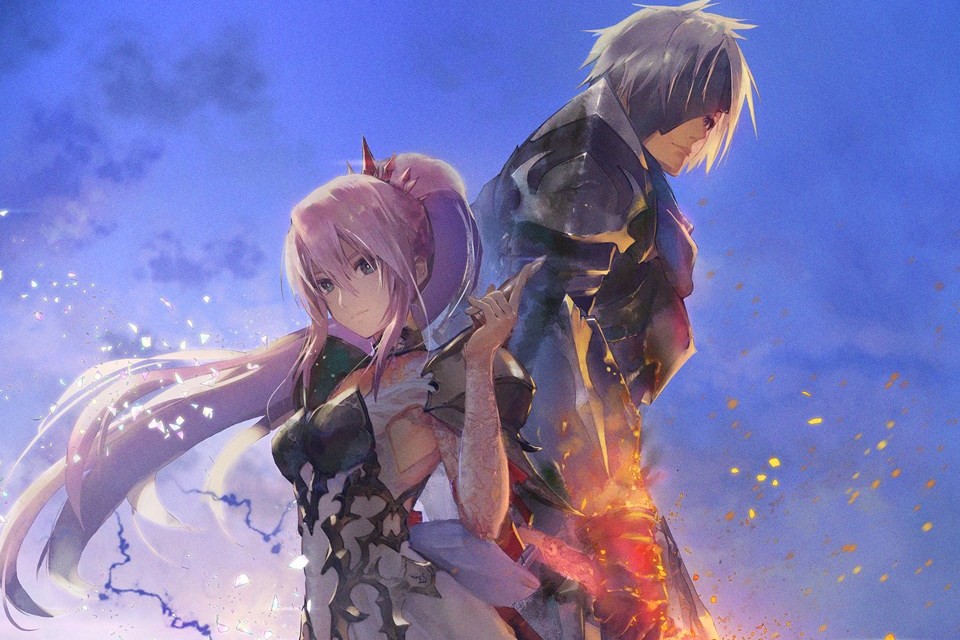 Tales of Arise is the long-awaited seventeenth (!) chapter of one of the most acclaimed video game RPG franchises, and as its release is almost upon us, Bandai Namco has offered us the opportunity to experience firsthand one of the game’s areas and witness the your brilliant combat!

The game will come out on September 10th in PC, Xbox Series X|S, Xbox One, PlayStation 5 and PS4 versions, and we’ve played a PC build through the cloud. The material already seemed very close to a final product, with the right to subtitles in Portuguese and a lot of politeness in the systems and visuals. Check out our first impressions of Tales of Arise Next!

Once the demo started it was possible to choose one of six different playable characters: Alphen, a light swordsman; Shionne, the marksman; Rinwell, the magician; Law, a martial artist; Kisara, the warrior; and Dohalim, a fighter. Although everyone has their own strong points and striking visual identities, the initial choice doesn’t matter that much, as it’s possible to change heroes at any time, including during fights.

Any character you choose will be your avatar while exploring the world of Tales of Arise but when interacting with the NPCs or activating key story events, the focus immediately shifts back to Shionne and Alphen, the adventure’s protagonists, narrative threads and stars of the game’s cover art. It would be nice to have more dialogue from the other characters’ point of view, but that’s the price of protagonism.

Judging by the power level of the heroes and their enemies, the snippet we played already seemed to be at some point later in the plot, possibly with a few dozen hours of progress. Still, time and again some tutorial windows reminded us of the most basic concepts of the franchise, notorious for its exciting combat.

Fights still take place in real time, requiring a mix of analytical thinking, item placement and management, and cooldowns to win. But this time, the clashes are more fluid and pyrotechnic than ever, something that is even more evident in encounters against bosses or tougher rivals.

Beginners can be a little intimidated at first due to the plethora of options present during the action, but it’s nothing that a few hours of training doesn’t solve. Basically every hero of Tales of Arise can attack with different ARS, three of which are associated with each button at a time. Most of the time I played with Rinwell, who could load the ARS and leave them programmed to go out on the next attack or immediately.

As you use normal attacks, a bar fills up, and then you can trigger shortcuts to invoke a coordinated cooperative attack, called Impulse Strikes. Each of your ally has a different Impulse Attack, so it’s worth experimenting a lot to know the best time to summon them to create combos and maximize their effect.

Most of the demo of Tales of Arise it took place in the Plains of Tital, an exuberant place with very characteristic fauna and flora. The art direction is great and the environment fits in very well with the adventurers’ anime aesthetic, ensuring that scouring the map for items and materials is always rewarding.

Like collectibles, enemies are always apparent too, so you can dodge encounters with them if you’re not keen on fighting or if you need to seek help from a camp to regain your life. It is also possible to find merchants around the map to trade more consumables or even use their materials and make stronger accessories capable of generating passive improvements.

Regardless of your equipment setup, the key to doing well in fights is having a good sense of space and how your allies are doing. This was especially evident in the main mission of the demo which consisted of, at the request of the local people, defeating a giant Zeugle called the Praying Mantis.

Taking it down is a joint effort and requires great care to position your pieces well around the beast and then coordinate attacks on its weak points when it breaches. It took me two tries to succeed, and I admit that I only managed to overcome it after abusing the items I carried in my inventory, which only served to make me even more curious and eager to master all the nuances of the battle system in the final version.

Since the announcement of the project, Bandai Namco’s idea has always been to make Tales of Arise a game respectful of the franchise’s acclaimed origins, but also brave enough to give a grateful and needed push into the future. From what you can see in this demo, there is a good chance the producer will hit the nail on his ambitions!

And you are excited by the release of Tales of Arise? What is your favorite franchise title? Let us know in the comments below!