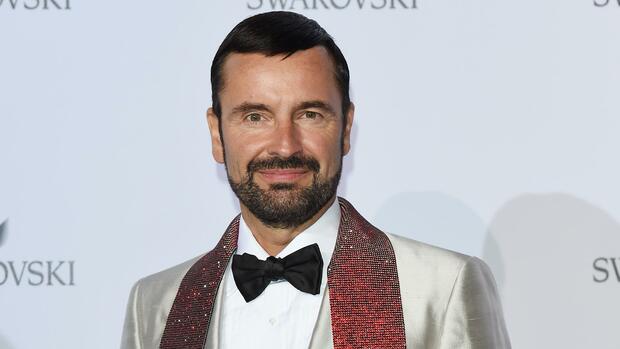 Vienna The reopening of the Crystal Worlds at the Tyrolean headquarters in Wattens in mid-June was an important symbol for the Austrian crystal group Swarovski. The site with art museum, park and factory outlet, designed by the Viennese artist André Heller in 1995, has been a visitor magnet for tourists from all over the world for many years. German tourists in particular came in droves. This means that even after Austria opens the borders, it is over for the time being.

The global pandemic hits the 125-year-old family business to the heart. Swarovski now announces that it will cut 600 sales and marketing jobs worldwide. The traditional headquarters in Wattens near Innsbruck is particularly hard hit with a third of the jobs cut.

“Further job cuts are expected,” said a company spokeswoman. “We are in a major reorganization.” The renovation work in the family business should be completed by the end of the year. Short-time work will be extended until the end of September due to weak demand.

The job cuts are being criticized by workers. “It is absolutely not understandable to us, morally and socio-politically, that short-time working allowances are received on the one hand and jobs are cut on the other,” said Robert Koschin, managing director of the PRO-GE Tirol trade union.

Decision comes out of time

With over 6000 employees, the Swarovski Group is one of the largest private employers in Tyrol and employs almost 30,000 people worldwide, including 26,000 in the crystal business alone. There are a total of 3000 stores, half of which are owned by the family company.

The decision of CEO Robert Buchbauer comes at an inappropriate time not only for the employees, but also for the Austrian state. Because Tyrol has been in a severe crisis since the beginning of the corona crisis and the still unresolved scandal surrounding the ski resort of Ischgl.

Last year Swarovski achieved sales of 2.7 billion euros in the crystal business. The Tyrolean company traditionally makes no statements about the profit. Swarovski has been family-owned for five generations. The group belongs to around 80 family members. Among them is Fiona Pacifico Griffini-Grasser, the wife of the former Austrian finance minister Karl-Heinz Grasser, both of whom live in Kitzbühel.

The largest owner is the now 76-year-old Gernot Langes-Swarovski and his family, who own around 20 percent of the shares. He was managing partner for 35 years and lives as a pensioner in Wattens.

The luxury sector is suffering from a halt in international travel

The serious problems of the luxury goods manufacturer are not unexpected. The entire luxury industry in Europe has been in a severe crisis since March. The stopping of international travel affects manufacturers like Swarovski very much. Because crystal jewelry from the Tyrolean Alps is particularly popular in Asia and North America.

As the company reports, there have been “massive sales declines” in the first six months, especially in Asia and the USA. According to the auditing firm Deloitte, Swarovski took 24th place in the international ranking of the luxury goods companies with the highest sales. The first three places went to the French group LVMH (Louis Vuitton, Dior, Fendi, Bulgari), the US cosmetics group Estée Lauder and the Swiss watch manufacturer Richemont (Cartier, Montblanc, Chloe).

The worst crisis in decades will bring far-reaching changes for the Austrian crystal group. “This transformation is essential for Swarovski’s continued success,” said 53-year-old CEO Buchbauer. It is planned to fundamentally change the business model and streamline the organization in all areas.

Swarovski benefited from the Hitler regime

“In a first step, the marketing and sales activities previously distributed across different business areas will be merged and streamlined,” announced the family company. At the end of March, Markus Langes-Swarovski retired from operational management after 18 years. He wanted to concentrate on his position as chairman of the supervisory board. The entrepreneur, born in 1974, is the great-grandson of the company’s founder Daniel Swarovski and son of the long-time CEO Gernot Langes-Swarovski.

After Austria was annexed, the company benefited from the Hitler regime with armaments orders for binoculars and optical glasses and through the use of forced labor. The family confessed to National Socialism very early on.

Swarovski today not only manufactures crystal jewelry, but continues to manufacture binoculars and rifle scopes as well as observation telescopes. The Tyrolit abrasives manufacturer also belongs to the group of companies. The crystal business accounts for four fifths of the revenues of the entire group.

More: Sales of luxury goods have long increased – now there is a risk of a slump. Above all, the manufacturers have to hope for the reviving buying mood of the Chinese.