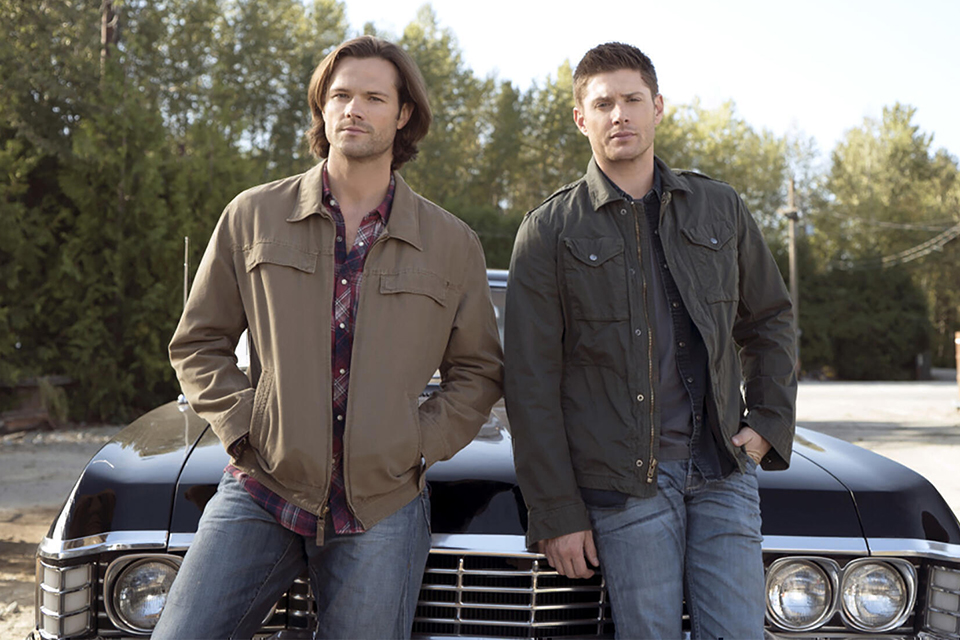 After 15 years, Jared Padalecki, Jensen Ackles, actors and actresses of the cast and also the entire production team, officially said goodbye to the series Supernatural.

Yesterday, September 10, was the last day of filming for the program on the channel The CW.

Everyone involved in the project shared their tributes – many of them very sentimental – on the series on their social networks. Check out:

The series creator Eric Kripke recalled the first scene filmed for the series. He also honored the late producer and director Kim Manners.

This was the first #Supernatural scene we shot. Today will be the last. I’m grateful & love you all beyond words. But it’s only over when you say it is, #SPNFamily. In the words of Kim Manners (RIP): Kick It In The Ass. #SPN @jarpad @JensenAckles @mishacollins pic.twitter.com/GXLqBkanPu

Actor Jim Beaver, who plays the character Bobby, shared a photo preparing for the last day of filming.

So it’s here. Last day of principal photography on Supernatural, my home for 15 years. Getting ready to go to work on it for the final time. Deep feelings. Very deep. I love these people. Okay. Let’s go kick it in the ass one last time. pic.twitter.com/oRlalucX3h

Jensen Ackles, Dean Winchester’s interpreter, shared a video showing one of the show’s scenarios being dismantled.

Misha Collins, Castiel in the series, shared Kripke’s message mentioning how the series changed his life.

#ThankYouSupernatural. You’ve changed my life in so many ways and you changed the world for the better.

It’s the last day of filming on the set of #Supernatural. Even from afar, didn’t know I’d feel all these feelings. Thank you for 8 years of playing an amazing character. Nothing else will match being a part of the #SPN family pic.twitter.com/yNoalyuMHA

Jake Abel Twittou “Put your tired head to rest”, in reference to the classic song from the series “Carry on Wayward Son”.

Rob Benedict, Chuck, declared his love for the series.

Big time love and props to the #SPN family on the last day of production. I love you all. I’ve only enjoyed the ride. @therealKripke @JensenAckles @jarpad pic.twitter.com/nM7fq1QTRl

Briana Buckmaster, shared a photo in front of the license plate of her character, Donna Hanscum.

Check out other posts with homage from the cast and crew of the series:

My son Steve when I did my 1st episode of #Supernatural in 2007 & today on the show’s last day of shooting. What a long & amazing ride. From janitor to director, I’ll never have another experience like I’ve had on this show. Or a better TV family. Cheers to you all. ?? #SPNFamily pic.twitter.com/zOR5nEPzZs

A show that literally created families on-screen, off-screen, behind the scenes, & out in the world, #Supernatural will never really be over.
End of an era, but what. The. ride.
Nothing but love. ?? # MomForever #SPNFamilyhttps: //t.co/E3wxetczkz pic.twitter.com/Gbxg53DAPn

Supernatural wrapped. Congrats to everyone on an incredible run! ?? I will forever be grateful to this show and it’s fans ?????? # SPNFamily pic.twitter.com/XH4IF9Rumj

Not looking forward to our last day of filming this Thursday the 10th of September …. #SPNFamily #Supernatural @cw_spn pic.twitter.com/NVZxhumuDX

The words I will hear later today- Cut! Print! That’s a wrap! That’s a season wrap and that’s a series wrap … pic.twitter.com/eGNcb5drJD

Happy last day to the longest running show of its kind in American history. Sending much love to the team on this day of epic accomplishment.

Kick it in the ass, guys. Thanks for the memories. Xo #SPNFamily #supernatural https://t.co/niMKrSth9R