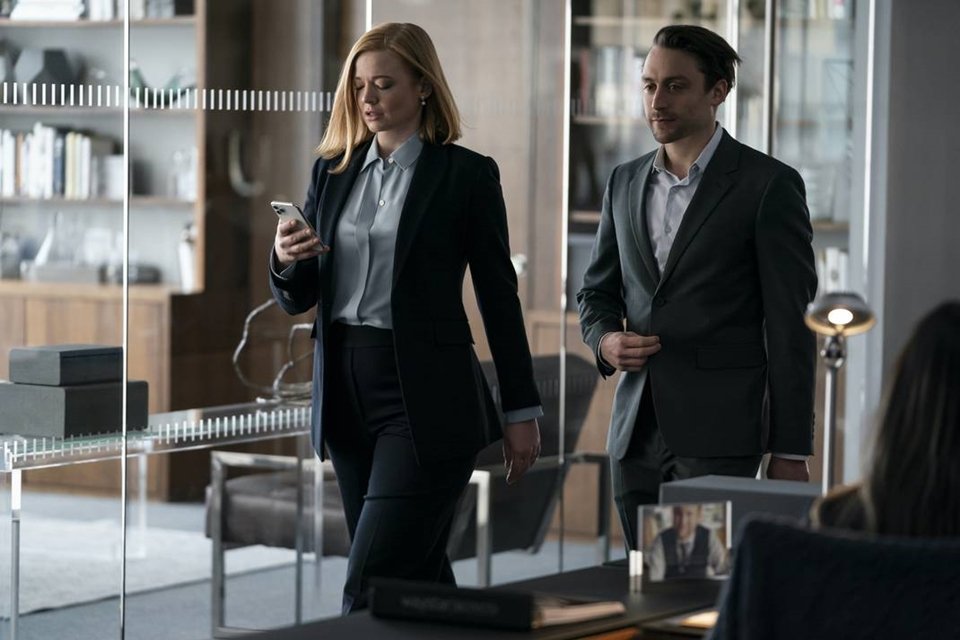 If you don’t live on Mars, you’ve hardly escaped from following the buzz around a drama series called Succession, from HBO and HBO Max. Apparently, a lot of people around the planet are immersed in the history of the Roy family, and have celebrated the fact that the series, which is starting its third season, has already been renewed for a fourth. Therefore, I propose here to try to break down the intricacies of this phenomenon: after all, why do we like so much Succession, despite being an absolutely uncomfortable plot and full of unpleasant characters?

Of course, there are several layers to this answer, which already gives us clues around all this success. The HBO series, when looked at from its surface, seems easy to explain: it’s a family saga in which ridiculously rich people (the Roys, owners of the world’s fifth largest media conglomerate, Waystar Royco) try to deal with each other . The motto that drives the plot, as the name of the series suggests, is the succession of the empire – Logan Roy, the patriarch, turns 80 in the first episode, and the tension about which of his sons will replace him in the presidency hangs in the air. from the company.

Perhaps you are thinking: family dramas permeated with hate, envy, and affection are recurrent in fiction. So what’s so fascinating about Roys? The key to understanding this is the quality of the script and, of course, the construction of the characters. All of them, by the way, are absolutely inedible. The father, Logan, is an authoritarian and very unfriendly guy, used to solving all problems with money, and clearly sees his children more as incompetent employees than as his offspring. The four heirs take advantage of millionaire life in different ways: whether it’s belittling those around them, or “buying” the love of others, or acting as if none of it matters. The other characters that gravitate around this family are self-interested people who hide what they think in the name of possible advantages (ie: money and power).

In short, it’s virtually impossible to empathize with anyone on the show. So why are we viewers so obsessed with Succession? As I suggested above, the series, from showrunner Jesse Armstrong has as a great differential the construction of a multifaceted text, in which multiple readings are possible. It’s difficult to close an episode without having to analyze the actions and intentions of the characters afterwards, and pick up subtle clues about what might be going on inside each of them. Very cleverly, in Succession, nothing is put to the viewer easily. The big question of the series, which encompasses all other doubts, can perhaps be defined as follows: if everyone in that group is deeply unhappy, each in their own way, then why don’t they move away from this harmful family nucleus?

And that’s why Succession it reveals its great quality: family issues, as each one of us can testify, are always much deeper than words can express. In other words, family relationships, as any psychologist can explain, are at the heart of what structures our core, and so simply cutting them off is never an option (or at least an easy and painless option). The Roys’ lives, therefore, have a lot to do with our own lives, and that’s why all these relatives’ rolls are almost mesmerizing – it’s impossible to turn your face away, like a horrible accident you can’t not look at.

Let’s see how this unfolds in the series. There is no doubt that the protagonist of the series is Kendall (played by Jeremy Strong, Emmy winner for the role), the second of four children of Logan Roy (Brian Cox). As we see in the first episode of season one, he is seen as a natural successor to his father – the eldest son, Connor (played by Alan Ruck, famous for his role as best friend to Ferris Bueller in Enjoying the Crazy Life), is clearly unrealistic. The other brothers are Roman (Kieran Kulkin), a madman who personifies the stereotype of the braggart millionaire) and Siobhan, or simply Shiv (Sarah Snook), the only woman – and who, in a way, is the apple of Logan’s eye, but overlooked by the brothers when it comes to their presence in the family business.

Over the three seasons, countless situations unfold and complicate these stories, and we soon discover that the pains that the Roys hide under their facade of successful family are endless. The layers of these relationships appear in the specifics of the father’s dealings with each of the children and siblings among themselves. What is noticeable is that there is a script built by a subject (or subjects) who know the psychoanalytic theory and play clues about it throughout the text. In the end, the central plot here is the idea of ​​an overpowered father who slaughters his children (metaphorically and literally), while knowing he has to be succeeded by one of them, who will kill him (metaphorical and – perhaps – literally).

It is not by chance that references to the history of Oedipus King, by Sophocles, which is a centerpiece in Freud’s concept of the Oedipus Complex. In the classic narrative, Oedipus is a young man cursed by the gods: when he grew up, he would kill his father and marry his mother. His father, knowing the curse, abandons his baby son, but he survives, and one day, on a trip, he gets into a fight with a wanderer and ends up killing him. It was your father. Later, when he arrived in the city, he ended up marrying a woman, Jocasta, who he didn’t know was his mother. The story ends in tragedy: Jocasta kills himself and Oedipus pierces his own eyes.

The family plot between father and sons in ‘Succession’ is full of love and heartache.Source: HBO

This narrative, one of the best known to mankind, is a metaphor used by Freud to explain the development of a child. In Succession, such meanings are clearly reflected in the children’s relationship with their father, Logan: Kendall wants to “kill him” (in several moments of the series, Kendall tries to betray his father, that is, dethrone him from Waystar Royco). Connor, the eldest son, is a point outside the curve, and is lost in his daydreams (his “dream” is to be president of the United States).

Roman, the outcast, wants his father’s validation, though he tries hard to show he doesn’t care. His problems, however, are expressed in his sex life: he talks about sex all the time, but he cannot relate to his partners. The only affective/sexual “contact” he seems to be able to establish is with Gerri (J. Smith-Cameron), an elderly company executive who, at times, curses Roman to masturbate, in a clear metaphor for the relationship of Roman with his own mother (almost invisible in the plot) and with the omnipotent power of his father. Not by chance, Roman jokes that he’s going to put his own eyes out – reference to Oedipus Rex, Sure.

Finally, we have the beautiful Shiv, the daughter of her father’s eyes, with whom she also has a love-hate relationship. Logan, by the way, protects her as much as he betrays her, manipulating her to his interests. Shiv, along with Roman, is perhaps the daughter most harmed by her father. Something we also see in her relationship with her fiance/husband Tom (the great Matthew MacFayden, one of the few comedy reliefs in the series), to whom she directs her darkest feelings. Basically, Shiv is with him because he sees him as a weak man who can be crushed – ie, the opposite of his father.

And there’s a lot more between the lines of Succession. It is possible to see dialogues with biblical parables (such as the prodigal son, in the sentimental back-and-forth between Logan and Kendall), in Abraham’s sacrifice of his son Isaac (when Logan needs to choose who will “sacrifice” by handing it over to the FBI – it would be him able to “kill” his own son if “god” doesn’t interfere?), the story of João and the beanstalk, among others. And this is all just the tip of the iceberg.

Succession it’s an impeccable drama and one of the best things American TV has produced in years. The series is available in its entirety on HBO Max.