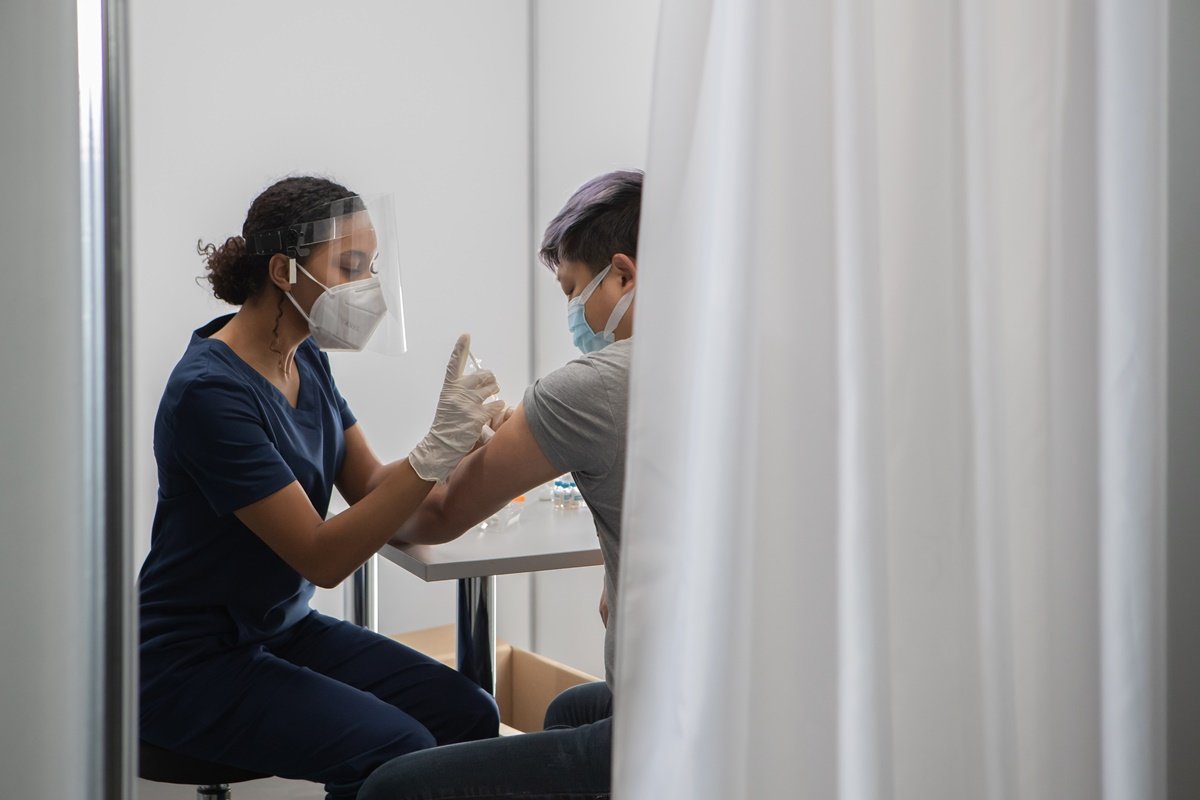 A study published Tuesday (18) points out that the “nocebo” effect, a negative type of placebo effect, is responsible for most of the adverse reactions reported after vaccine against covid-19.

The placebo effect occurs when a sham treatment – ​​similar to the conventional one, but not intended to act directly on the disease – results in improvements in health. On the other hand, nocebo acts in the opposite way, with treatments without pharmacological action causing negative consequences.

Researchers at Beth Israel Deaconess Medical Center, a teaching hospital affiliated with Harvard University, analyzed data from 12 clinical trials of Covid-19 vaccines carried out through July 2021. In all, they evaluated side effect reports of more than 22.5 thousand people who received placebo and 22.8 thousand vaccine recipients.

Among those who received the vaccine, 46% reported systemic side effects and two-thirds experienced local reactions. Even if they received the actual treatment, the researchers estimate that nocebo is also at work: the analysis suggests that the effect was responsible for 76% of all adverse symptoms in the group that received the vaccine.

Headache and fatigue were the symptoms most commonly reported by those who received a placebo instead of the Covid-19 vaccine.Source: Photo by Andrea Piacquadio no Pexels

Kaptchuk points out that nonspecific symptoms, such as headache and fatigue, are listed among the most common adverse reactions after vaccination for covid-19: “This type of information can lead people to mistakenly attributing common everyday sensations as arising from vacciniana, or cause anxiety and worry, causing people to be hyper-aware of bodily feelings about adverse events.”

The role of placebo in clinical trials

The mechanisms of the placebo effect are not fully understood by science, but it is common to be observed in clinical studies for the development of new treatments.

In this type of trial, part of the participants receive placebos such as sugar pills or saline syringes, while others receive the treatment being analyzed. The placebo group exists for comparison purposes; if after the study there is no difference between the two groups, the proposed treatment had no effect.

Kaptchuk claims that knowing possible nocebo reactions can help increase vaccination rates: “Medicine is built on trust. Our findings lead us to suggest that informing the public about the potential for nocebo responses could help reduce COVID-19 vaccination concerns, which may lessen hesitancy about vaccination. “

In Brazil, there are more than 148 million people fully vaccinated, corresponding to almost 70% of the population. Worldwide, this number corresponds to just over half (51.69%).