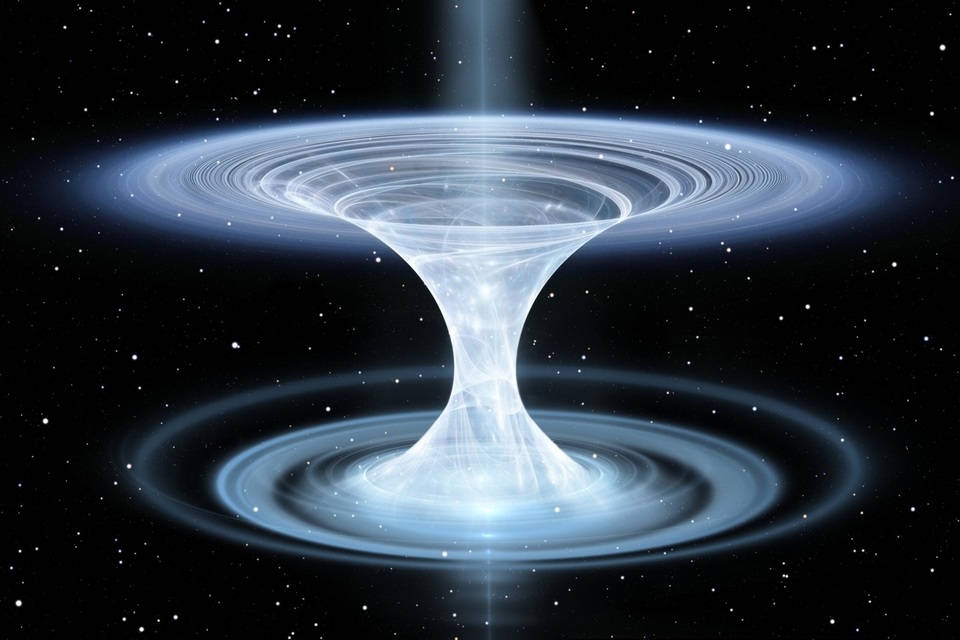 Among all the existing structures in the Cosmos, wormholes (or Einsten-Rosen bridges) ignite the imagination of science, technology and (of course) science fiction enthusiasts: they would be the shortcut to explore the galaxy, the Universe, the Delta quadrant. A study by two researchers pointed to the possibility that these structures exist and are “walkable” – yes, by humans.

There is a trail of “ses” to the entrance to a stable wormhole large enough to let a ship pass. This is because the General Theory of Relativity does not support the existence of such “walkable” passages (wormholes would not be stable, as they would collapse very quickly, before anything crossed it). However, in what traditional physics cannot solve, quantum physics does it.

For physicist Juan Maldacena, of the Institute for Advanced Studies, the existence of a physics beyond the so-called Standard Model implies that there are not only wormholes, but structures large and safe enough to be traversed by human travelers.

Maldacena is the theoretical physicist who, in 1997, proposed the principle according to which the Universe is a hologram. This idea, called the Holographic Principle, allowed to explain inconsistencies between quantum physics and Einstein’s gravity, as well as providing a solid basis for string theory.

According to Maldacena and the other author of the study, astrophysicist Alexey Milekhin, from Princeton University, “walkable” wormholes exist under very special conditions. If real, they open and close at almost the same time. What would keep them open and stable would be something whose existence is questioned by physics: the negative mass, an exotic matter with also exotic properties.

Here comes quantum physics: the uncertainty principle allows the vacuum of space to be filled by pairs of particles and virtual antiparticles, which appear spontaneously and exist for only a short period before being annihilated. However, some of them may have negative energy – linked to the existence of the negative mass.

These particles can travel through space, entering one place and emerging in another, which implies that the energy they generate can support the existence of a stable wormhole between points in space-time.

One more problem: they would let particles pass, not a ship, and they would be small in extension. For a human being to cross it, a wormhole would need to be large, which requires the use of physics in addition to the Standard Model.

Here comes the Randall-Sundrum II model (or theory of geometry deformed in five dimensions), complicated enough that we do not go into the subject further. Suffice it to say that, with it, you have the negative energy necessary to keep a wormhole open.

One problem solved, another problem remains: going through stable wormholes would cause time to spread.

“For astronauts going through the wormhole, it would take just 1 second of their time to travel 10,000 light years away. For the observer who remains at the entrance, it will be 10,000 years, ”explains Maldacena, pointing out that this is consistent with Einstein’s General Relativity.

The researcher pair says the study aimed to show that traversable wormholes may exist as a result of “the subtle interaction between general relativity and quantum physics”, and not necessarily as a practical way of traveling through space – at least, not in the way we imagine.