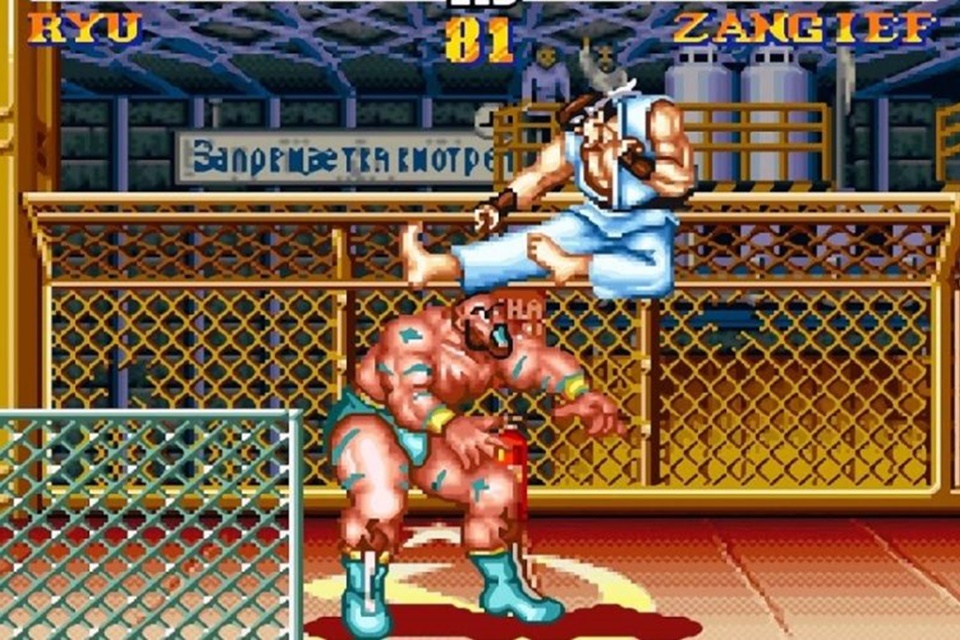 Time goes by. It seems like yesterday that many of us were in arcades listening to things that in our ears sounded like “manéquifu”, “couscous” and things like that, but Street Fighter 2: The World Warrior is turning 30 this Friday (5).

There is no doubt that the Capcom game ended up redefining the fighting genre and bringing some standards that were copied or honored in several titles released later. So, here is a Voxel special with some curiosities that you will certainly like to remember. Check out: 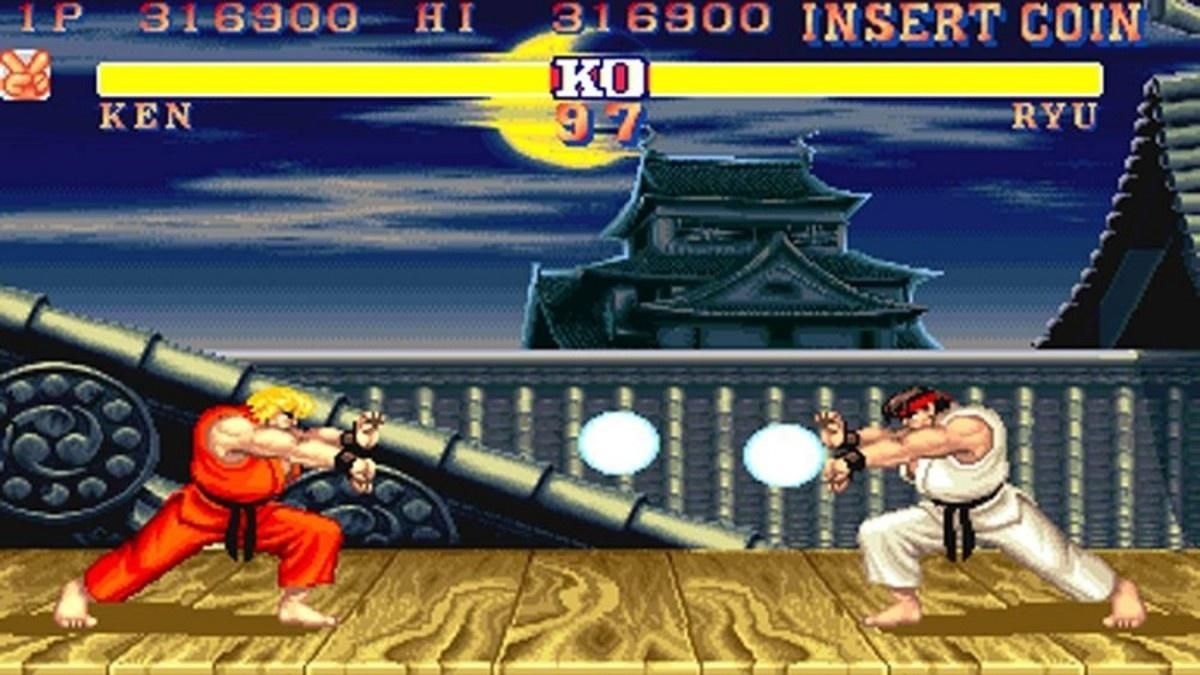 Although there is no specific marker for this (something that only appeared a few years later in the series), Street Fighter 2 inaugurated the combos system due to an error. Thus, some blows ended up in a row without offering a chance of defense to the opponent, which ended up showing up in many games of the franchise itself and other companies.

Okay, not that Street Fighter 2 has actually received a version intended for bus stations, but it was very common to find in these places some altered editions in which Hadouken could bounce up and down (which made many people get blisters on their left hand) or even allow them to change characters in the middle of the fight.

The game’s success was so great that it ended up receiving editions for several platforms later, such as Super Nintendo, Mega Drive, NES (pirate) and even Master System – this made in Brazil in an adaptation that, for console standards, certainly made it the most beautiful game on Sega’s 8-bit platform.

In fact, this version for Master System has a whole story behind its development. Tectoy started programming the game without the support of Sega, but Capcom learned about the project and authorized the adaptation to be made. The title was released in 1997, in a period when even 16-bit consoles were already being left aside, and as a result delivered a complete version of the classic, with audio and everything. 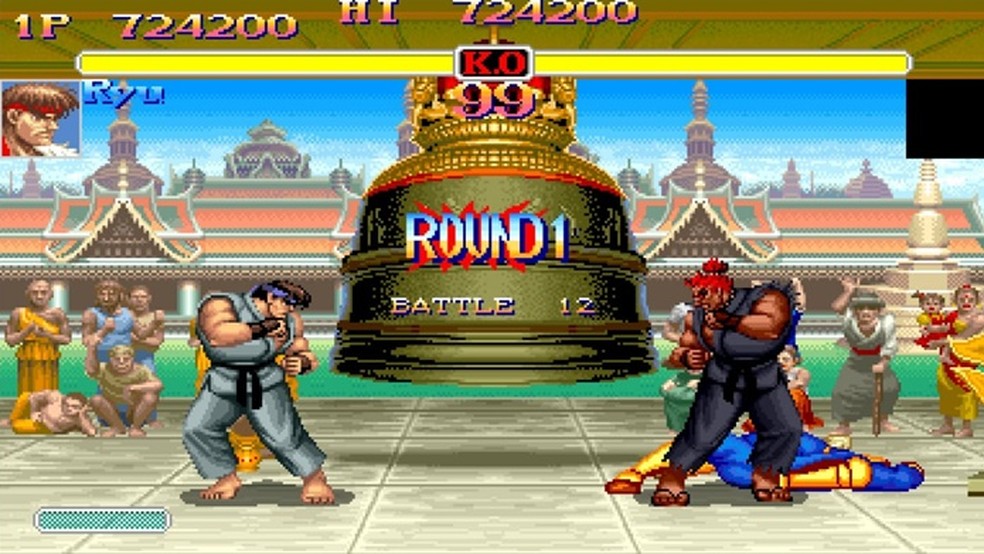 Anyone who lived in the era of arcades and video game magazines must surely have heard many myths. One of them was related to Ryu’s victory phrase, which in a free translation said that you should “defeat Sheng Long to have a chance”. It didn’t take long for a magazine to say that this was the Japanese fighter’s master and there was a way to face him (something that, obviously, proved false after a while). This rumor was actually a translation error (since Sheng Long was the Shoryuken), but it ended up generating the character Akuma in Super Street Fighter 2 Turbo.

When the Japanese version of the game was released, the bosses were baptized as follows: M. Bison (the boxer), Balrog (in mask), Sagat and Vega as the main villain. However, Capcom was afraid of lawsuits due to the first (since he was a clear reference to Mike Tyson), causing the exchange of the American edition in the following order: Balrog, Vega, Sagat and M. Bison. 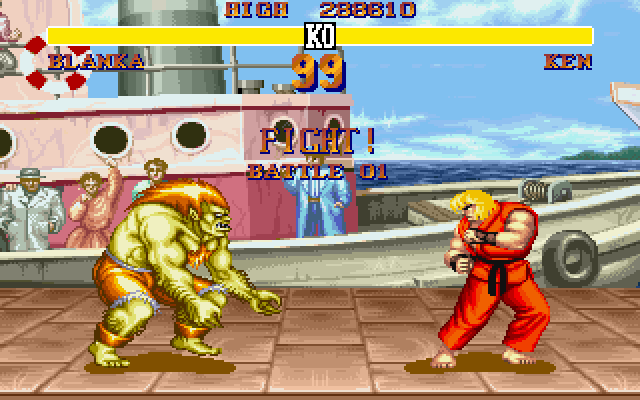 Blanka was the first Brazilian fighter to appear in the series representing the residents of a village near the Amazon River. Some people even questioned the reason for his appearance somewhat different when compared to other warriors, but he certainly has a captive place in the hearts of many Brazilian players (and even Yoshinori Ono, one of those responsible for the game, who even walks with a doll of him up and down). 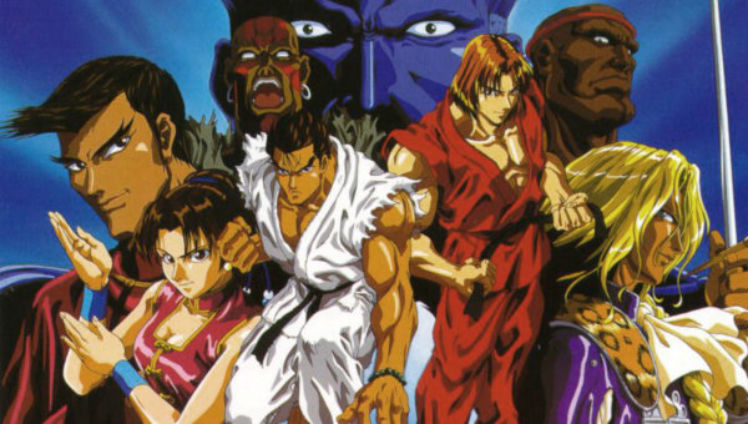 Finally, we cannot leave out all the products that ended up deriving from the fighting game, some good, others not so much. While in the first one we can mention the animated series that became popular here in Brazil when it was broadcast in the 90s by SBT, in the other group we have the film starring Jean-Claude Van Damme as Guile – and that is considered by many to be a true festival of bizarre.

And you, what memories do you have with this classic fighting game? Leave your opinion in the space below for comments.