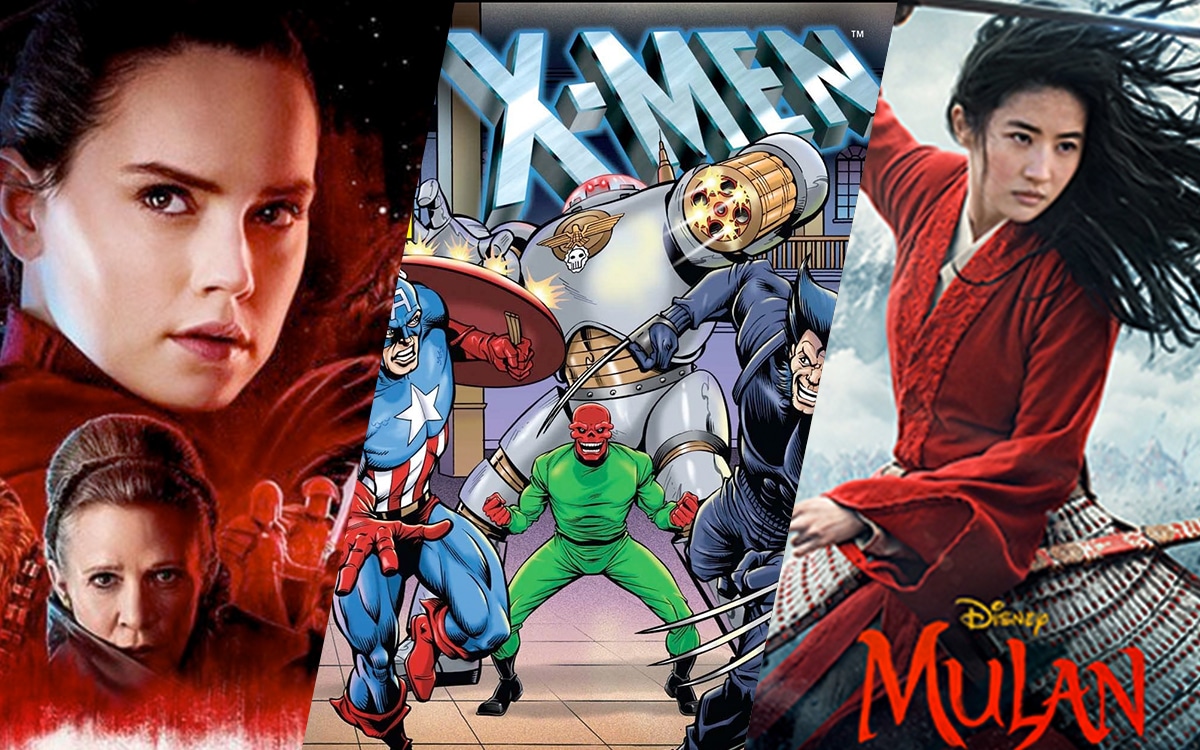 Disny + has just unveiled the films, series, cartoons and documentaries that will be added to the platform during the month of December 2020.

After a weekend full of novelties, what Disney + has in store for us for the month of December ? In full reconfinement, the American streaming platform publishes a detailed report which reveals week by week the additions to come on the platform next month.

Week of December 4 to 10: Mulan, the X-Men animated series, and Cars 3

This week’s star will be Mulan. The film directed Niki Caro was released in 2020. It is a live-action remake of the animated film Mulan from Disney studios released in 1998, himself inspired by the legendary Chinese character, Hua Mulan.

Feature film from Disney studios directed by Brian Fee, Coaches 3 follows the famous Lightning McQueen as he is forced to abandon the circuits after a very serious accident – and the rise of more high-tech cars. The film follows the protagonist’s struggle to regain his self-confidence and find the circuits, helped by a young coach and the old mentor of his late mentor, Smokey.

There is also the X-Men animated series (seasons 1 to 5) which has certainly created a generation of fans of the franchise. Among the other novelties of the week, there will be:

Week of December 11 to 17: High School Musical and documentaries that take you on a journey

You like High School Musical the series available on Disney +? The platform announces that a special Christmas episode will be broadcast during the week of December 11 to 17. An episode not to be missed!

There will also be the film Safety inspired by the true story of American footballer Ray McElrathbey.

The other new features this week:

Week of December 18 to 24: Star Wars The Last Jedi, The Incredible Hulk and a documentary on the fire of Notre Dame

Written by Rian Johnson, Star Wars The Last Jedi is the direct continuation of Awakening the Force. Force-sensitive Rey teams up with Finn. The heroine will have to confront Kylo Ren with the help of the Force, then goes in search of Luke Skywalker.

We Point is an original documentary series that follows a group of students from the American Ballet School (SAB) in New York for a year. We discover an overview of the course as strict as it is prestigious of these students, to give them that little je ne sais quoi that may one day perhaps launch their career as a dancer or prima ballerina. In this mini-series, the students are busy polishing the final preparations for a choreography by George Balanchine for a performance of Tchaikovsky’s The Nutcracker.

There’s also the first season of The Incredible Hulk. You can thus discover the very first episodes of the cult series broadcast in 1978, Nostalgia guaranteed!

Among the other novelties of the month, there are:

Week of December 25 to 31: film-event Soul and the Earth under X-rays

Animated film-event, Drunk follows the journey of Joe Garner, a college music teacher who has a passion for jazz. After a few twists and turns he manages to impress musicians and everything seems to be going well…. but he is the victim of a terrible accident. Her soul then joined a seminar to develop her passions before being reimplanted in a newborn.

Another beautiful animated film, Ferdinand follows the story of a bull with a big heart. After a mistake, the animal is taken for a dangerous beast and is captured. Torn from his home and determined to find his family, he brings together a team of somewhat marginal acolytes to help him in his quest.

Other new features this month on Disney + will include:

As you can see, Disney + will have a lot to offer us during the Christmas season. This will undoubtedly compensate a little for the risk of strict anti-covid-19 measures which still weighs on the end of the year celebrations.