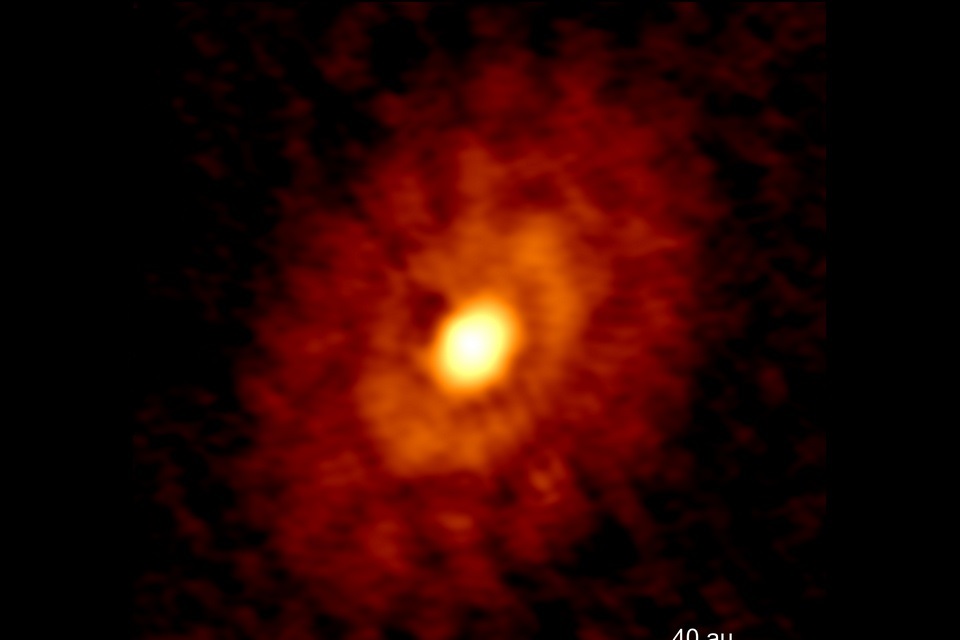 How planets form, astrophysics already knows; “when” is the question that begins to be answered, and a study, published in late October in the journal Nature by researchers at the Max Planck Institute for Extraterrestrial Physics and the Harvard & Smithsonian Center for Astrophysics, shows that they can emerge around very young stars.

“The question I asked myself was how young the protostar must be to have planets forming around it,” said astronomer Dominique Segura-Cox, the lead author of the work.

(Proto-stars arise from the contraction of gigantic clouds of hydrogen and helium. In their denser regions, globules appear, which in turn end up collapsing due to their own weight. The internal temperature and pressure increase, stabilizing the protostar so that , when it gets enough mass, it starts nuclear fusion.)

Astronomers have already located these rings on stars like HL Tauri, 450 light years from Earth, in the constellation Taurus. This proto-star is a million years old – would planets form around even younger proto-stars?

Ophiuchus, which supplies material for IRS 63 and the planet-forming disk (marked with an X)Source: ALMA / ESO / NAOJ / NRAO

The answer seems to be yes: the protostar IRS 63 is 470 light years away, in the Molecular Cloud of Ophiuchus; it is less than 500 thousand years old and already shows signs of planet formation around it, with a relatively large protoplanetary disk (greater than 50 astronomical units) compared to those observed involving other young stars.

“The rings and gaps observed within the disk of this protostar are indicative of the formation of planets. They have always been thought to emerge only after a star has completely formed, but our observations have shown that the processes occur simultaneously, ”explained astronomer Ian Stephens. 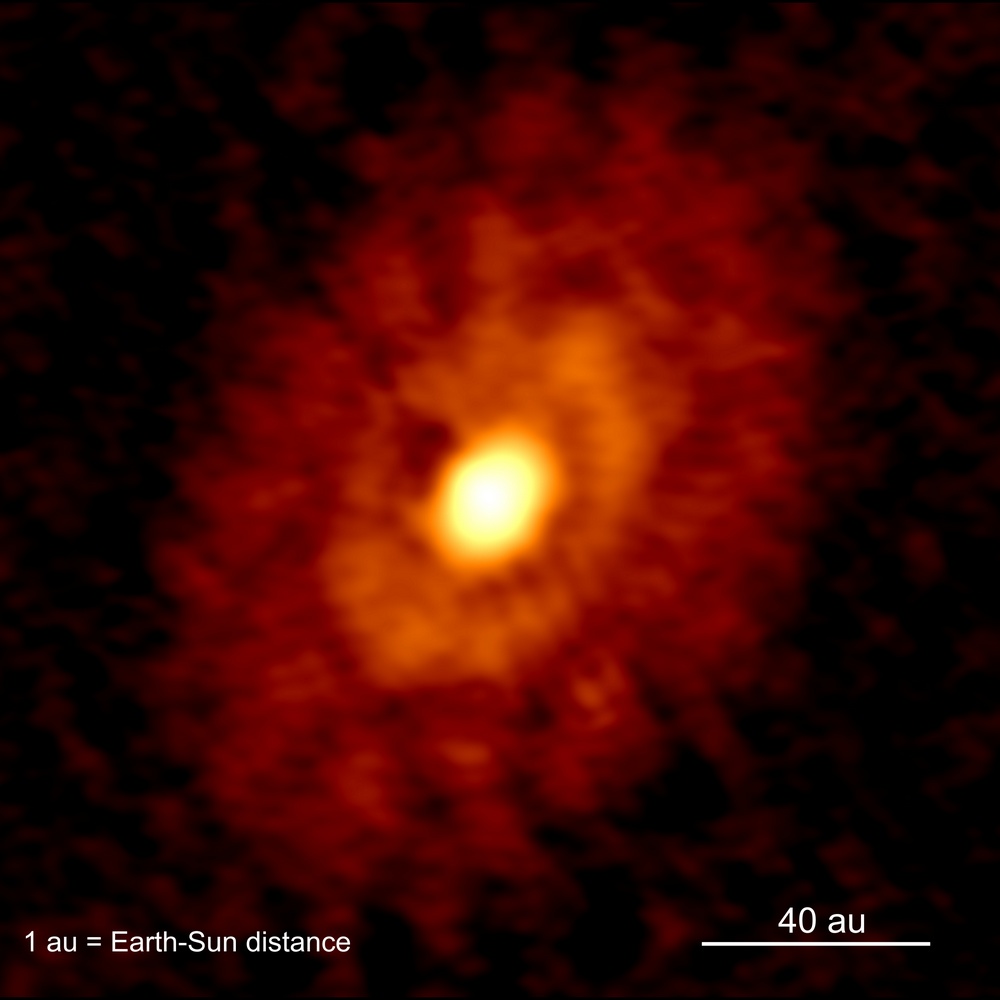 To observe the disk of IRS 63 (which is almost the size in our solar system), astronomers used the Atacama Large Millimeter / submillimetre Array (ALMA) in Chile. The protostar’s disc has revealed itself in what appear to be large dark gaps that, in turn, separate the matter into two bright concentric rings. The measurement of each showed that, around the protostar, there are “all the right conditions for planets to form,” said Segura-Cox.

According to astrophysicist Anika Schmiedeke, “even after the planet embryo appears, it can still be pushed towards the protostar and consumed by it. If they start to form very early and at great distances, they can survive and evolve fully ”.

The study can say a lot about the appearance of the planets in our own solar system. “There is growing evidence that Jupiter may actually have formed beyond Neptune’s orbit, migrating to its current location. His material far from IRS 63 enough for planets to appear like Jupiter ”, said astronomer Jaime Pineda.

The hypothesis that the gaps observed in the IRS 63 disk would be caused by protoplanets orbiting through the cloud is disputed by previous research, which points to the aerodynamic drag of the disk’s gas over star dust as a cause.

“This result shows that the conditions for planets to form may arise when the protostar is still accumulating mass. We scientists have to change our assumptions about how planets are born,” said Segura-Cox.