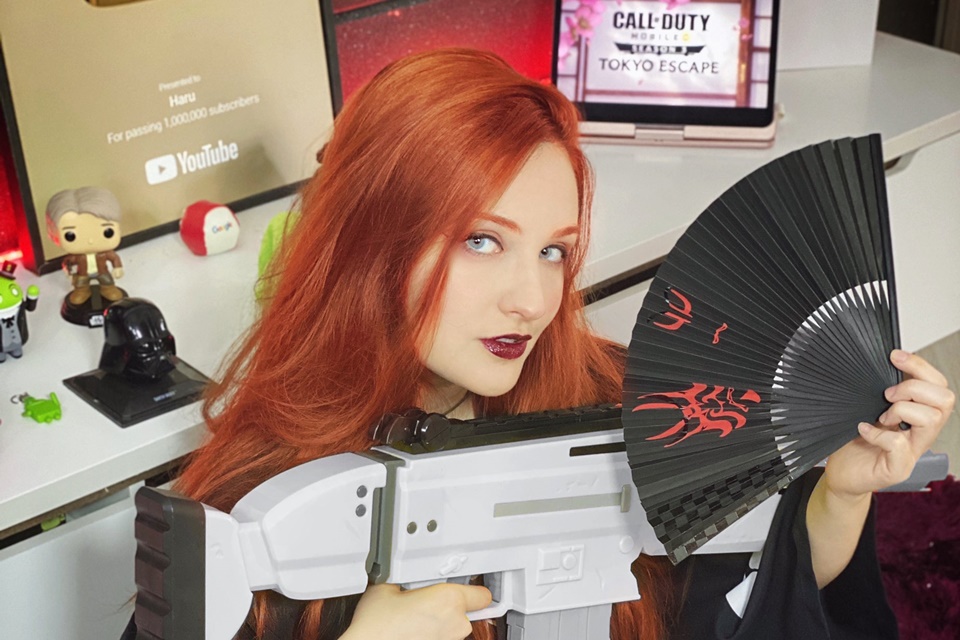 Streamer and content producer Haru Jiggly used his Twitter account to tell about a case of stalking (persecution) you suffered. Last Friday (07), his account detailing a little about the story, which ended up in court, went viral and was liked almost 50 thousand times on the social network.

Haru said the situation occurred about five years ago. “A guy who said he was a ‘hacker’, took my data and kept texting me,” he revealed. According to her, the man bothered her through several different numbers and accounts on platforms such as WhatsApp, Facebook, Instagram, SMS and Telegram.

In addition to contacting the content producer himself, he even sent messages and called the young woman’s relatives and family, pretending to be her friend.

For years I have been through some TERRIBLE situations in relation to stalkers and personal data.

But I’m going to tell you one that I’ve told on YouTube a few times, this one about 5 years ago.

A guy who said he was a “hacker”, took my data and kept texting me.

She reported that the cybercriminal began the interaction in a polite way and saying that he was approaching her because he wanted to play together. The streamer said it “panicked” about this situation.

The young woman talked about the situation making a reference to another story that had gone viral on Twitter previously. Another woman streamer made public the case of the doorman in her building who started to send messages on WhatsApp saying that she wanted to get to know her better.

Haru said he filed and collected all messages, including the offenses and threats that the stalker went on to send, and took them to the Civil Police. Despite this, she stated that she was unable to receive assistance at the Women’s Police Station or at the Digital Crimes Police Station.

The situation caused her to take the material to a police station near her home, where “I finally found a clerk there who agreed to help me”. The case evolved from a police investigation into a lawsuit that, according to her, lasted four years. In the end, the cybercriminal was ordered to pay a basic food basket, the young woman revealed.

Among the sequels, Haru revealed that he spent a lot of time in fear of leaving home and that he still takes drastic security measures to this day. “I moved and disappeared from the map. I can’t have anything in my name, and if I do, I use another address. My phone line is not mine. I don’t take orders at my house, I look elsewhere. My door has three locks. Normal, biometrics and electronic lock, ”he said.

This episode was also on the agenda of my therapy sessions for the past 5 years.

Until I started walking down the street again without being about to pee, it took a quota.

I also couldn’t learn to drive for that, but I love playing car games. In fact, maybe I would love to drive.

Since the end of March 2021, stalking has been considered a crime under the Brazilian Penal Code. The measure, which passed through Congress, was sanctioned by President Jair Bolsonaro (without a party).

“Persecuting someone, repeatedly and by any means, threatening their physical or psychological integrity, restricting their ability to move or, in any way, invading or disturbing their sphere of freedom or privacy”, defines article 147-A on the crime of persecution.

The Penal Code provides for imprisonment from 6 months to 2 years and a fine if the person is convicted. The penalty is increased if the crime is committed with the use of a weapon, with the help of 2 or more people, against children, adolescents, the elderly and women (if it is due to the condition of the female sex).