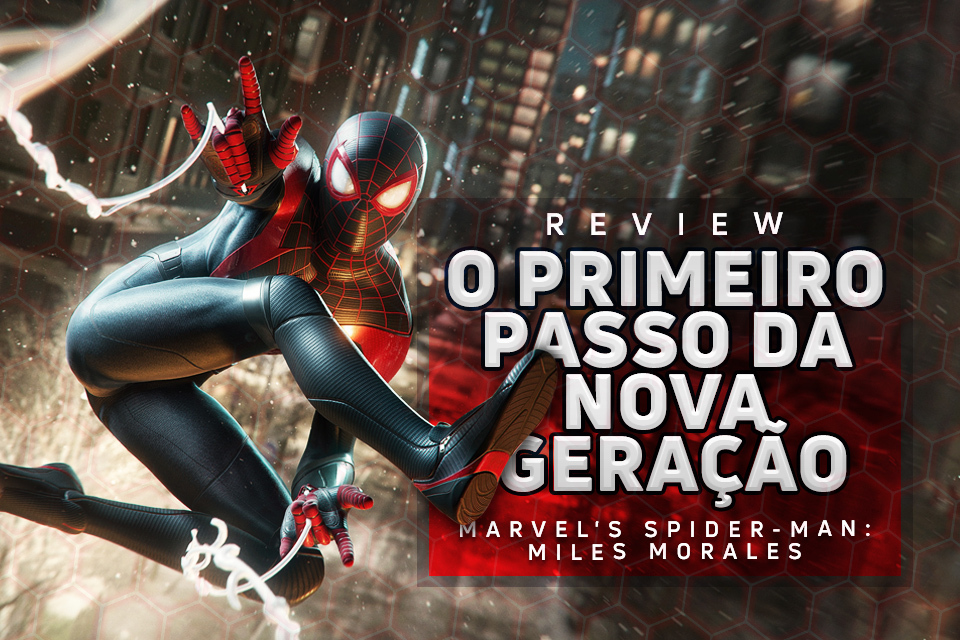 Marvel’s Spider-Man It was a great success. The game developed by Insomniac conquered millions of players around the world with an original story that did not depend on any Marvel universe to exist. Now, 2 years later, the developer brings back one of the most popular heroes in the world, but with another identity under the mask, and Peter Parker leaves the scene for the spotlight to turn to Miles Morales.

As many know, it is a stand alone game, which means that it is not an expansion that needs a base game to work or a complete triple A. If we were to compare it with the TV world, it would be like a spin-off, one of those series that come out of another that was very successful, like Better Call Saul is for Breaking Bad or Young Sheldon is for Big Bang Theory; you don’t need to see one to understand the other, but it’s much better if you’ve watched it.

A stand alone is smaller than a complete triple A game, but that does not mean that it is of inferior quality, but that it has less content. If we play Spider-Man: Miles Morales straight, without worrying about side missions and New York activities, it is possible to finish the main story between 8 and 10 o’clock, doubling if we decide to get the platinum.

Miles Morales it does not have an impressive story worthy of great narratives, but it does very well by introducing the newbie to life as the new friend of the neighborhood. Peter does his best to train the boy and make him a hero as good as the older Spidey. But, like Peter when he was younger, Miles sometimes lets his emotions speak louder and ends up making some beginner’s mistakes. However, Peter appears to be a patient master and helps the boy to master his powers.

After a good fight with Rhino, we know a little more about the enemies that we will face in this new chapter. First, of course, we have Roxxon, an energy company that ends up taking the issue of “safety” of the population too far and letting power go to their heads. 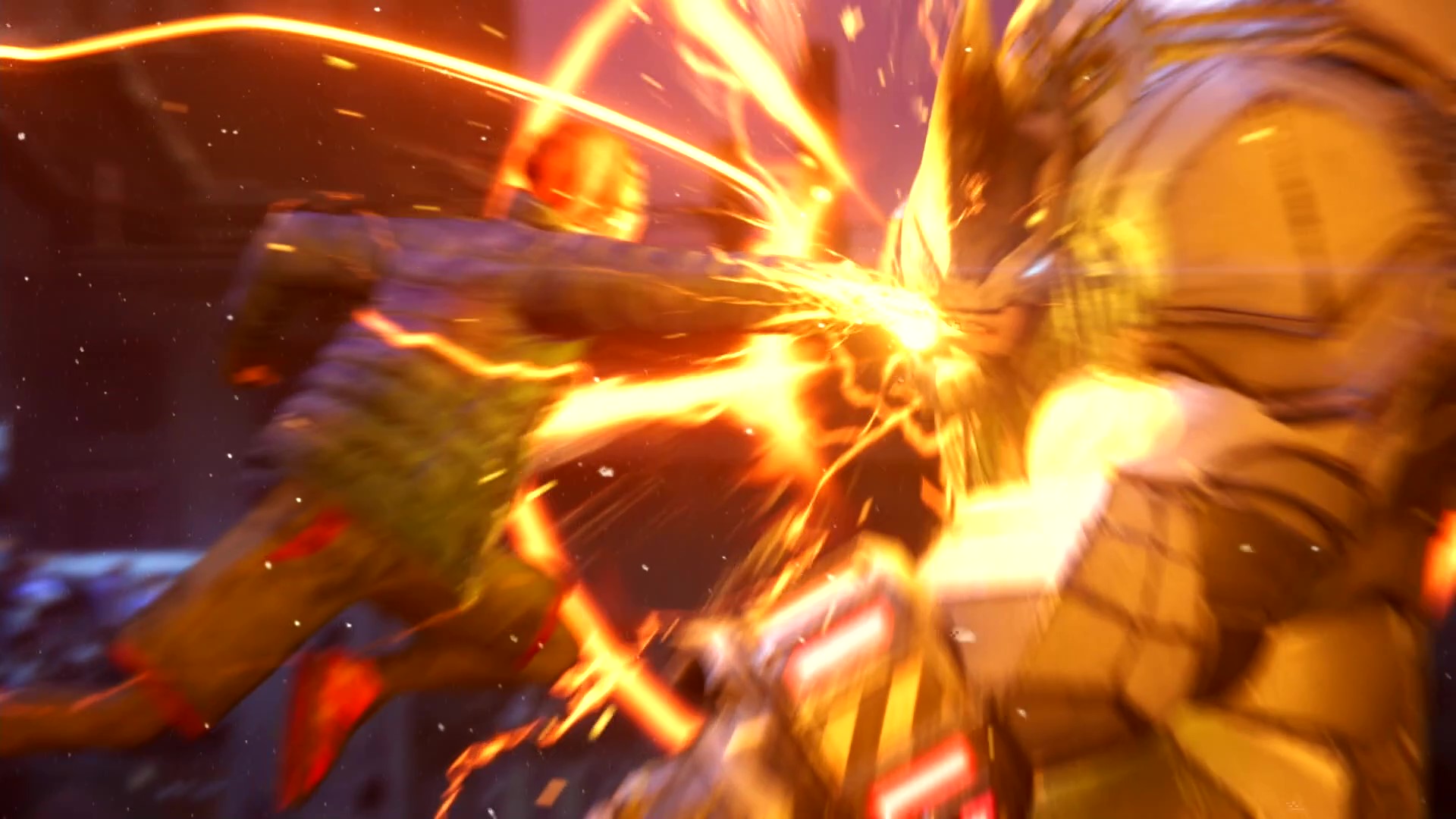 On the other side is Underground, an activist group that despite opposing Roxxon is not a flower to be smelled. They have state-of-the-art technological devices and are led by a dangerous masquerade known as the Thinkerer.

The story revolves around Newform, a clean alternative energy source discovered by Roxxon and which Underground wants to take over for some reason. We’re not going to get too deep into this so as not to spoil the game.

Outside the environment of villains, there are several important characters that give more depth to the story, such as Miles’ mother, Rio, best friend Phin, best friend Ganke Lee and uncle Aaron Davis, who ends up being a mentor to him.

Of course, we cannot forget J. Jonah Jameson, who returns with his radio show, let’s say, irreverent, but with one thing that we consider to be a serious problem: Jonah’s voice actor has changed, and for the worse. Not that the professional did a bad job, but the chosen voice is not about the character; the way he talks to intern Jared, for example, is not as funny as in the 2018 game, which ended up causing us to lose interest in listening to the programs.

Spider-Man: Miles Morales follows the molds of Marvel’s Spider-Man. The whole delicious mechanism of swinging through the city is just incredible, and it almost makes you want to use the fast travel system, so smooth and fluid that Spider-Man moves between the buildings in New York. 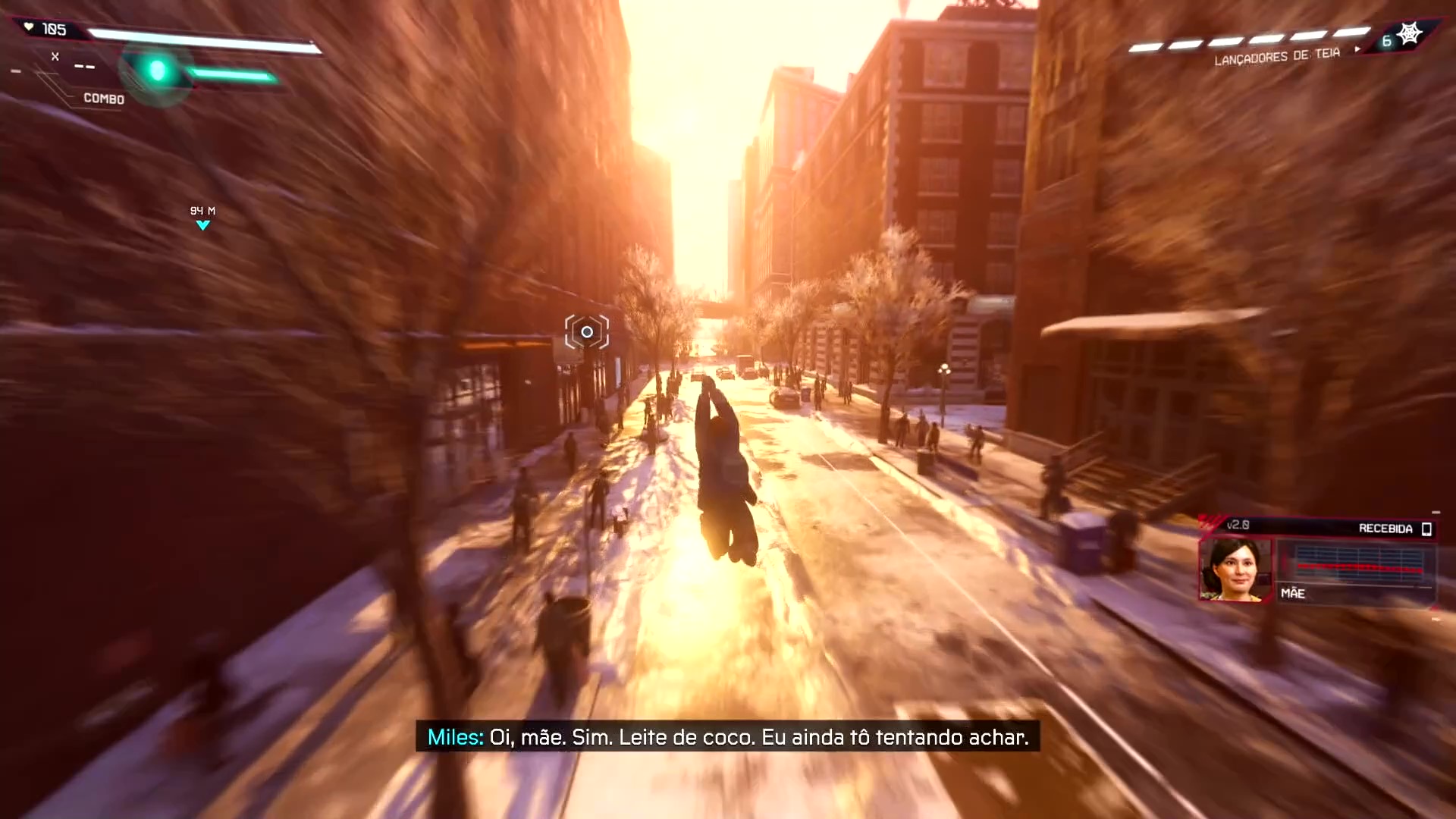 Regardless of the mode in which you decide to play, know that the content is very beautiful and gains that special touch with the ray tracing on, which allows you to even see Spidey’s reflection in the windows of the city buildings.

Returning to the fast travel feature, it hardly makes you want to use it, but the fact that there is no loading screen to move between the different points on the map gives a nice incentive to get from one place to another literally in a flicker of the screen.

One nice thing is that we don’t suffer from dropped frames at any time. But not everything is a party, as we ran into some bugs and crashes and it was even necessary to restart the game – thankfully the restart is very fast. 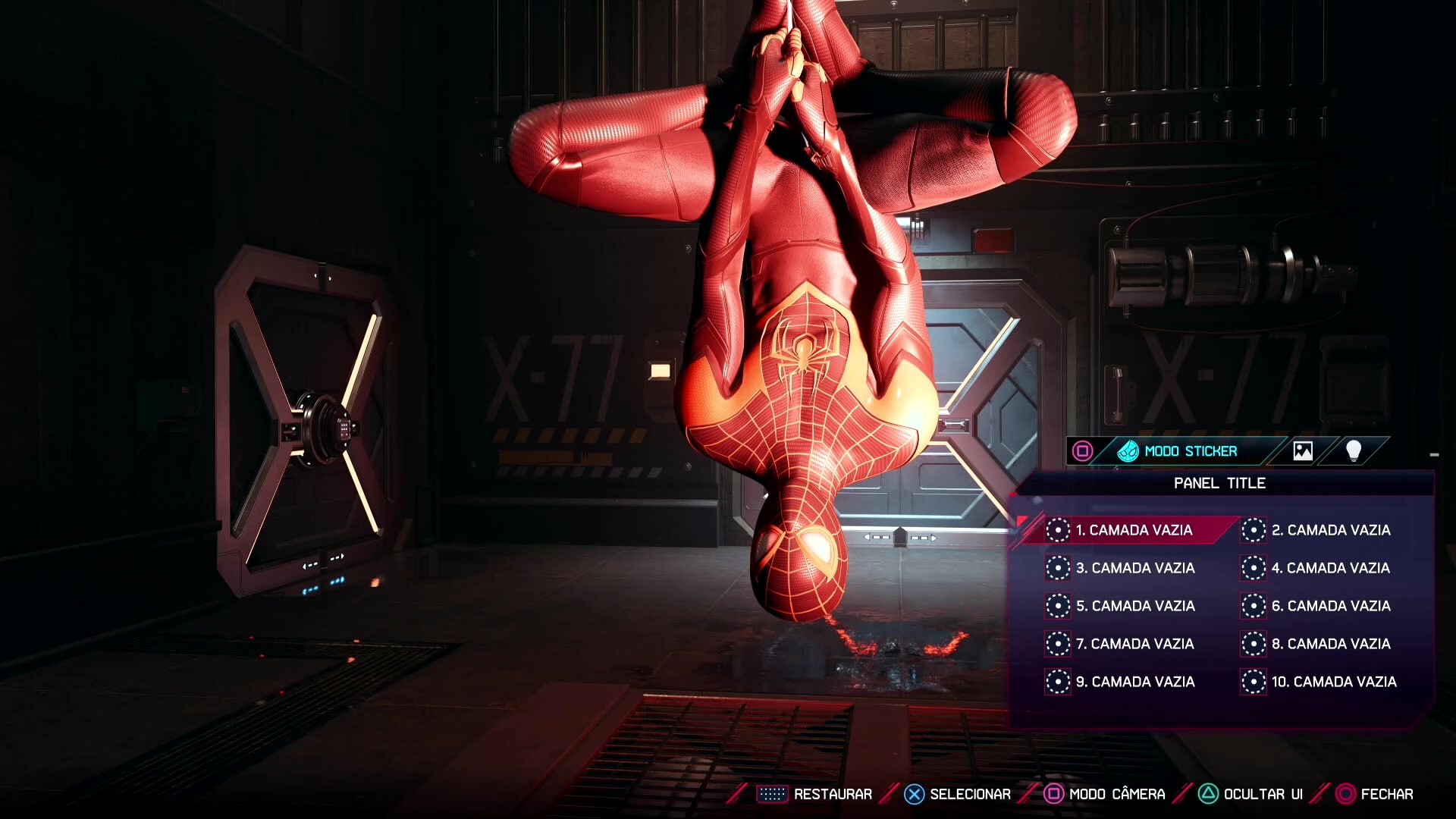 Photo mode is back. Who spent hours taking good pictures in the previous game can prepare to stay even longer here, because with several features of directing light and shadow this option is much more robust.

A new Spidey, the same missions

Let’s go to the biggest difference between Marvel’s Spider-Man and Spider-Man: Miles Morales: the protagonist. Miles has some powers that his mentor does not have, such as bioelectricity and natural camouflage. He can wipe out all enemies on a base or mission without being seen; just be patient to attack in the gaps that opponents give and use this “invisibility” at the right times.

If your style does not match this stealth thing, then it is better to move on, and nothing better than carrying that electric punch in the face of a malefactor. The combination of these new skills added to those we already know in Spider-Man makes the beating much more diverse, but to the detriment of another factor, the gadgets. 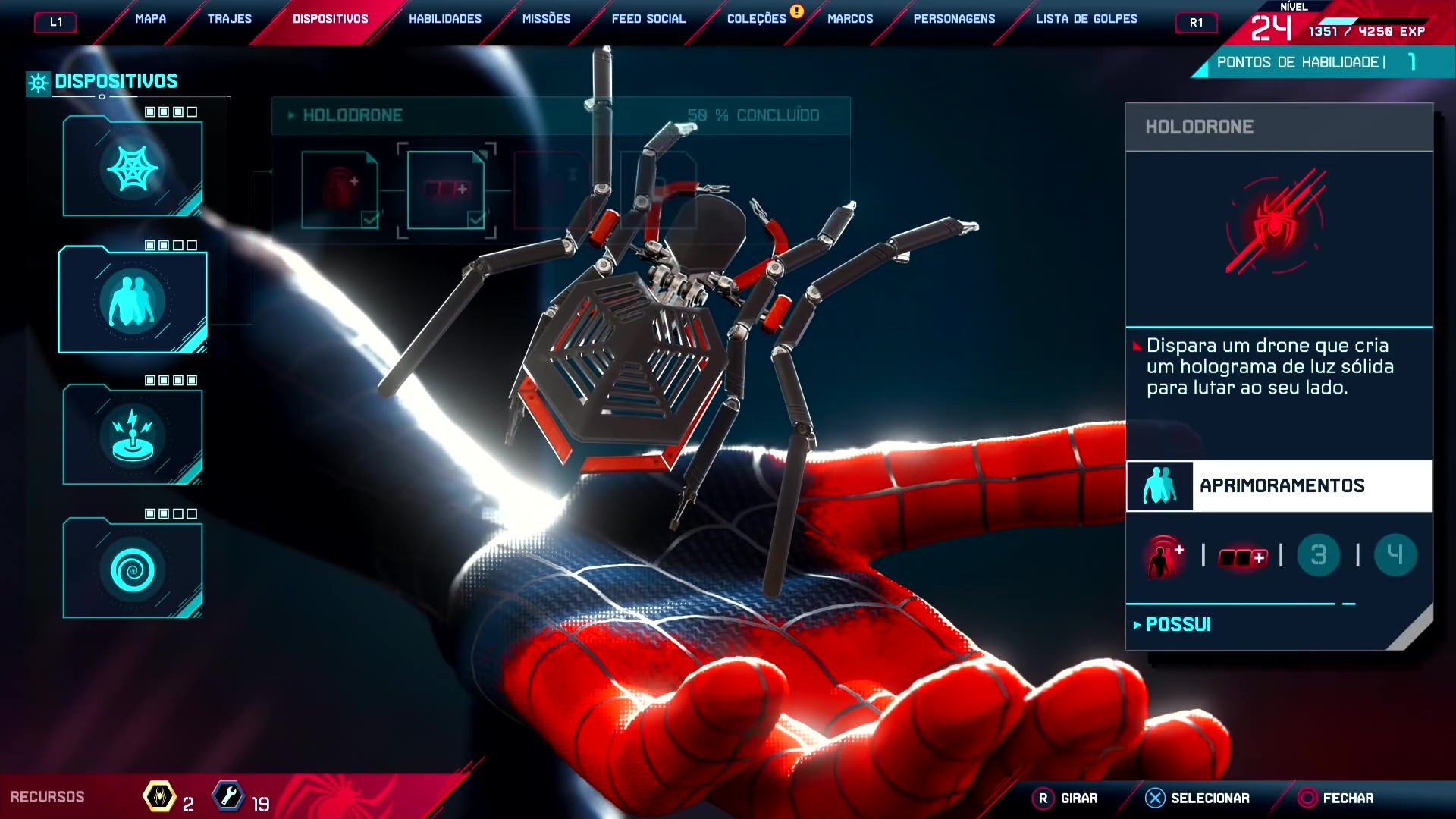 Although Miles has shock mine triggers, gravitational grenades and a hologram device, his arsenal of technological gadgets is much smaller than what Peter used. Just like in the first game, these gadgets can be improved with activity tokens that are acquired by completing missions and making secondary objectives around the city.

Miles also has other outfits besides the classic red and black: 19, much less than the 41 that Peter had, and this also influences the number of special abilities offered by the clothes. But things are a little different here; while in the 2018 game you chose a costume power and three modifications, it is now possible to have two Visor modifications and two modifications, which in the end doesn’t have much difference. 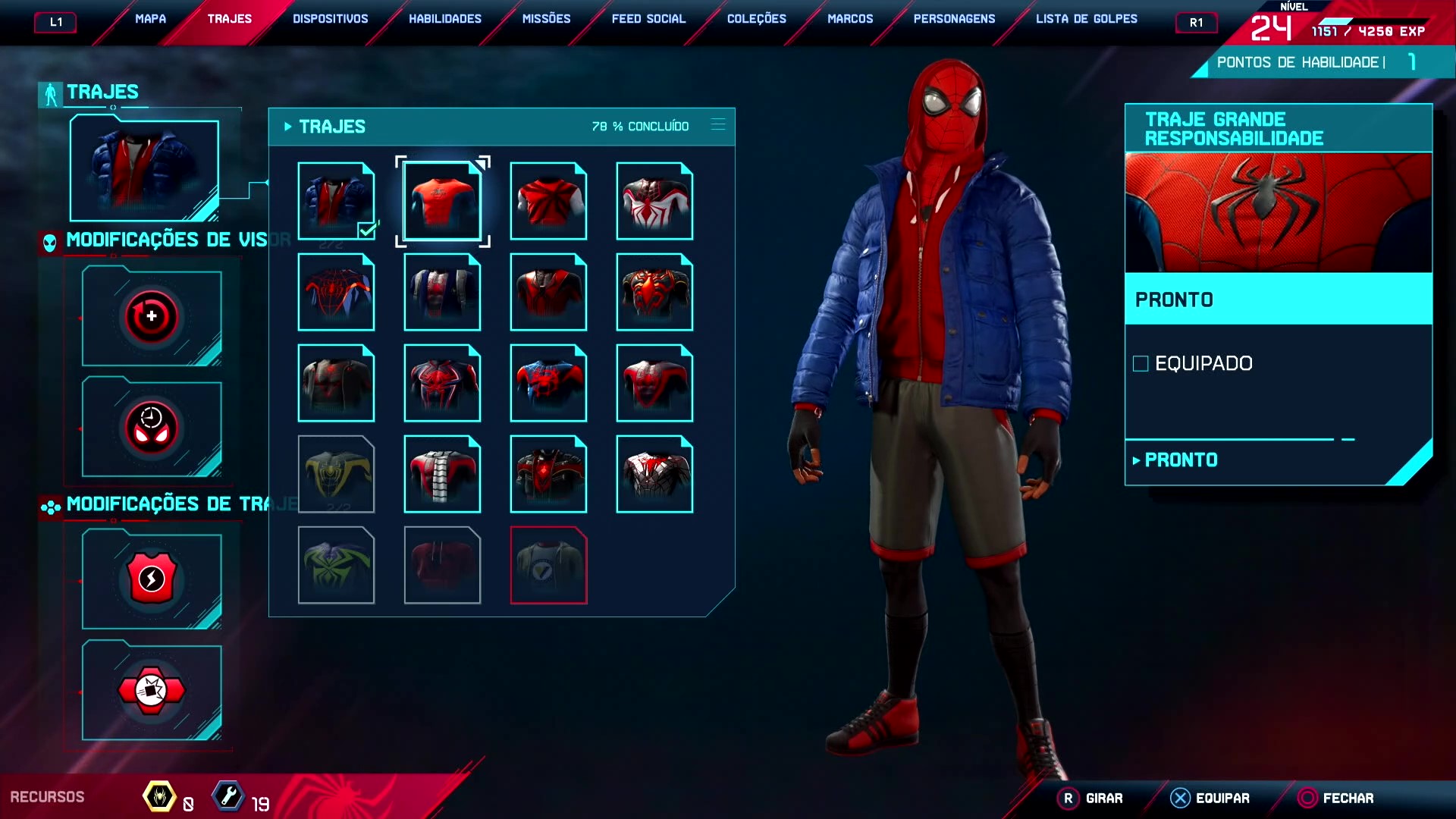 Of course, that’s not to mention the hero’s skills tab, which offers other possibilities, such as increasing the number of focus bars, which serve to heal as in the first game or to use electrical powers. Still, the amount of less stuff Miles has at his disposal can weigh in to make fighting more fun overall.

Missions available in Miles Morales they don’t leave much of the comfort zone of the 2018 game. The protagonist has an application in which people can report problems in the city, so the head of the web can go straight to solving them. It works as a mini-hub to select activities, and just drag the touch to the left on the DualSense touchpad. 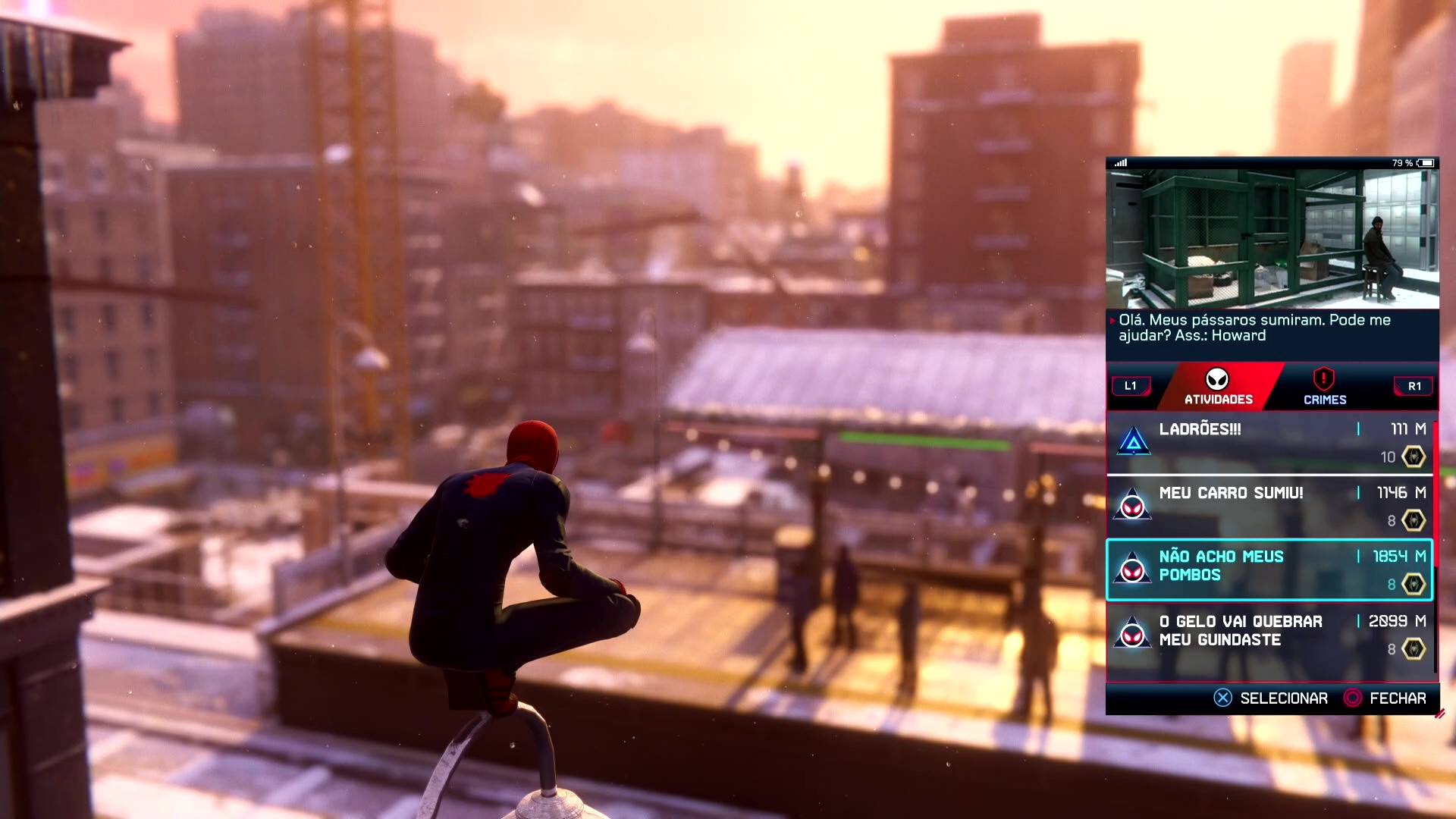 Training to pass through hoops using webs, racing against time to perform certain activities and finding boxes and collectibles are in the range of possibilities; the problem is that nothing has been added to give a touch of novelty to these goals. This is a pity, because a different mission with another character, for example, as was done with MJ and even with Miles himself in Spider-Man, would be good.

Spider-Man: Miles Morales it’s nothing very different from Marvel’s Spider-Man, apart from the generation leap, which is obvious, offering much higher graphic quality and performance. It serves more to see what’s to come in this franchise with the power of the PS5. And, believe me, it can have a lot of cool things, since the game has a post-credit scene that made us excited to see a continuation of the main title.

Although the game uses some of the features of DualSense, such as adaptive triggers and haptic feedback, these sensations are much less noticeable than in Astro’s Playroom, but over time new games will make better use of the control’s features.

We don’t see Miles Morales like a must-have or one of those almost mandatory games, but it opens doors. It is far from offering as much content as the game of 2018, and so far so good, since it is a stand alone; however, despite being more beautiful and with better performance, costing R $ 250, without the improved version of the previous game, it is kind of surreal.

He even tries to trap the player with a New Game + that allows him to pick up three new skills and a costume, but in terms of content it doesn’t add much. 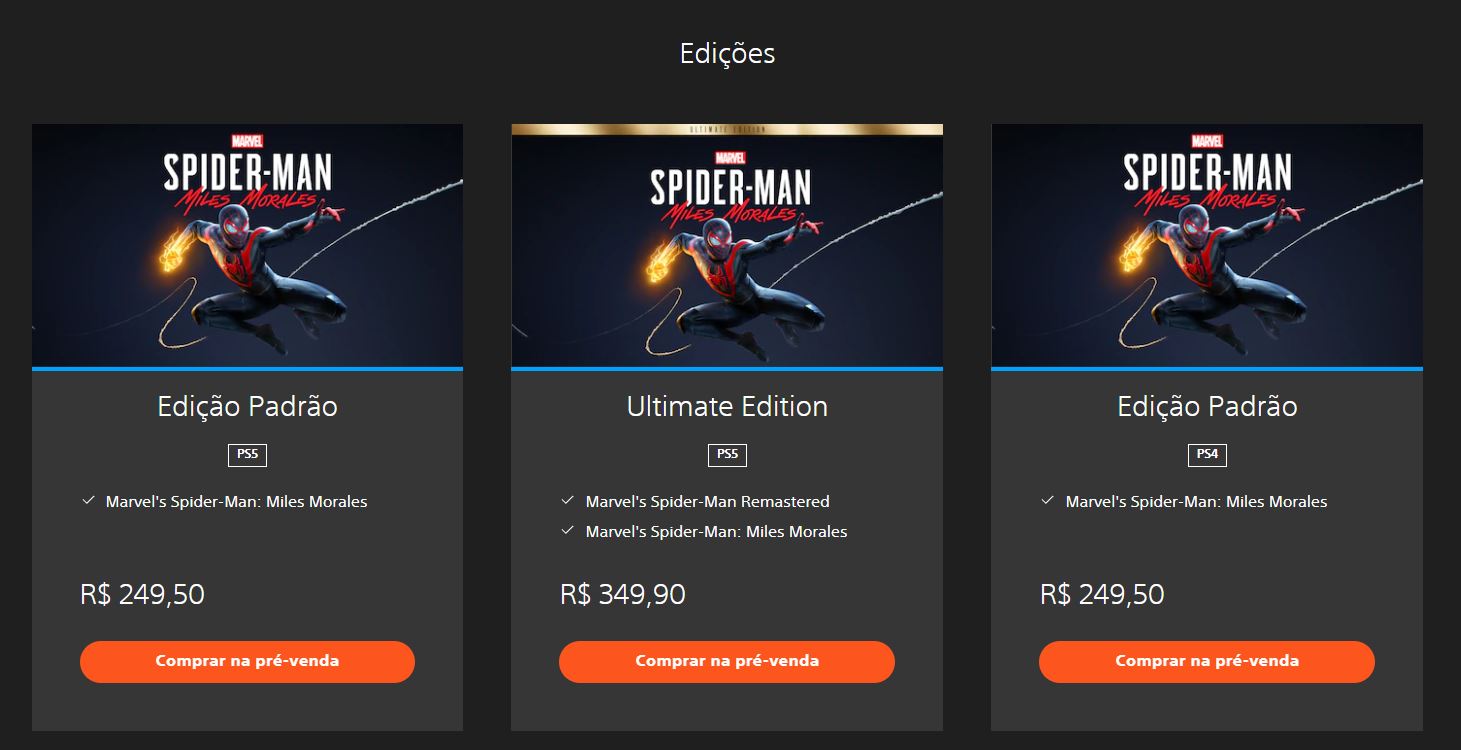 That said, it is important to note that this point does not make the game bad, not least because it is not a complete game, and under these conditions it is great. But there is that feeling that for that price we deserved more.

Spider-man: Miles Morales was kindly provided by PlayStation to perform this review.