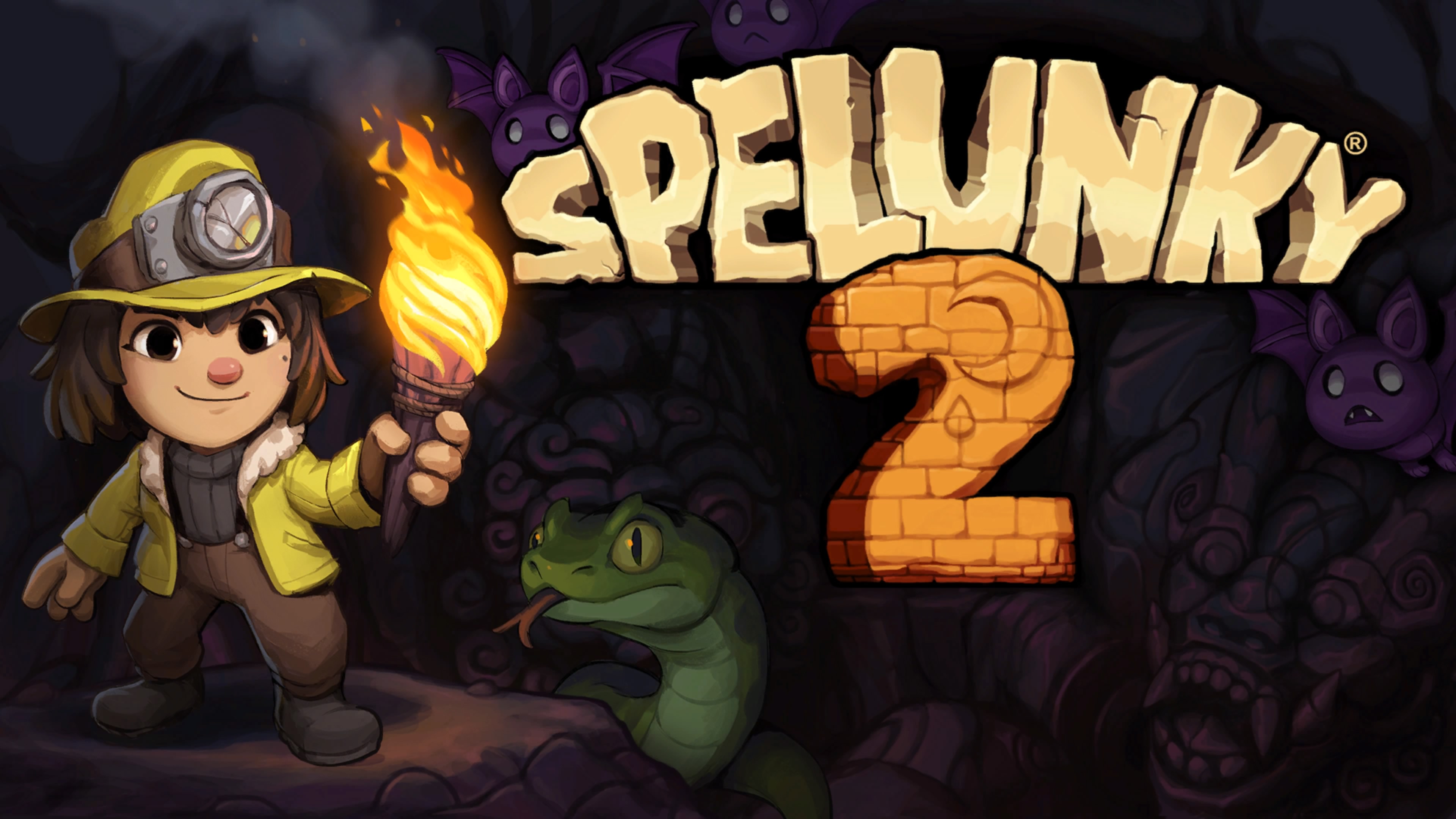 When Spelunky was released in the distant year of 2008, the game soon became the supreme of the 2D platform genre due to the dynamic gameplay, which, let’s face it, contributed to shape the roguelike genre we know today. For better or worse, Spelunky it has always been merciless, a game that shares feelings: you will love it as you progress, but hate it with every free death.

If you believe that souls-like games are punitive enough, try venturing through the caves of Spelunky to experience even more intense sensations of reward and frustration. Here, there is no gap for failures, there is no way to recover from a bad move.

Spelunky 2, available for PS4 and PC in September 2020, also follows the primer of the base seated in its first version. Without reinventing itself, the Mossmouth studio, at the request of the fans, decided to boost the difficulty with new obstacles, maps and challenges, only without offering additional resources to alleviate the bitter taste of injustice at the end of each round.

Despite being bigger and better, the new game has no question of deviating from its predecessor, which is great for welcoming fans of the old guard, from the heydays of the first game on PC and Xbox 360. However, if you have never was a big fan of roguelike, know that Spelunky 2 it doesn’t bring enough structural changes to change your mind about the franchise (or the genre itself). Check out our impressions.

To be very honest: I tried to reach the second area, a claustrophobic cave with rocks wrapped in a beautiful blanket of moss and full of thorn traps. The good feeling of having reached a new region was interrupted by a banal death, right at the entrance, which took me back to the starting point of the journey, from scratch, without being able to carry any item or improvement that I had achieved for my next one. round. I confess that I didn’t even finish Spelunky 2 to write this analysis, but that’s where the magic of this brutally ruthless game lies. 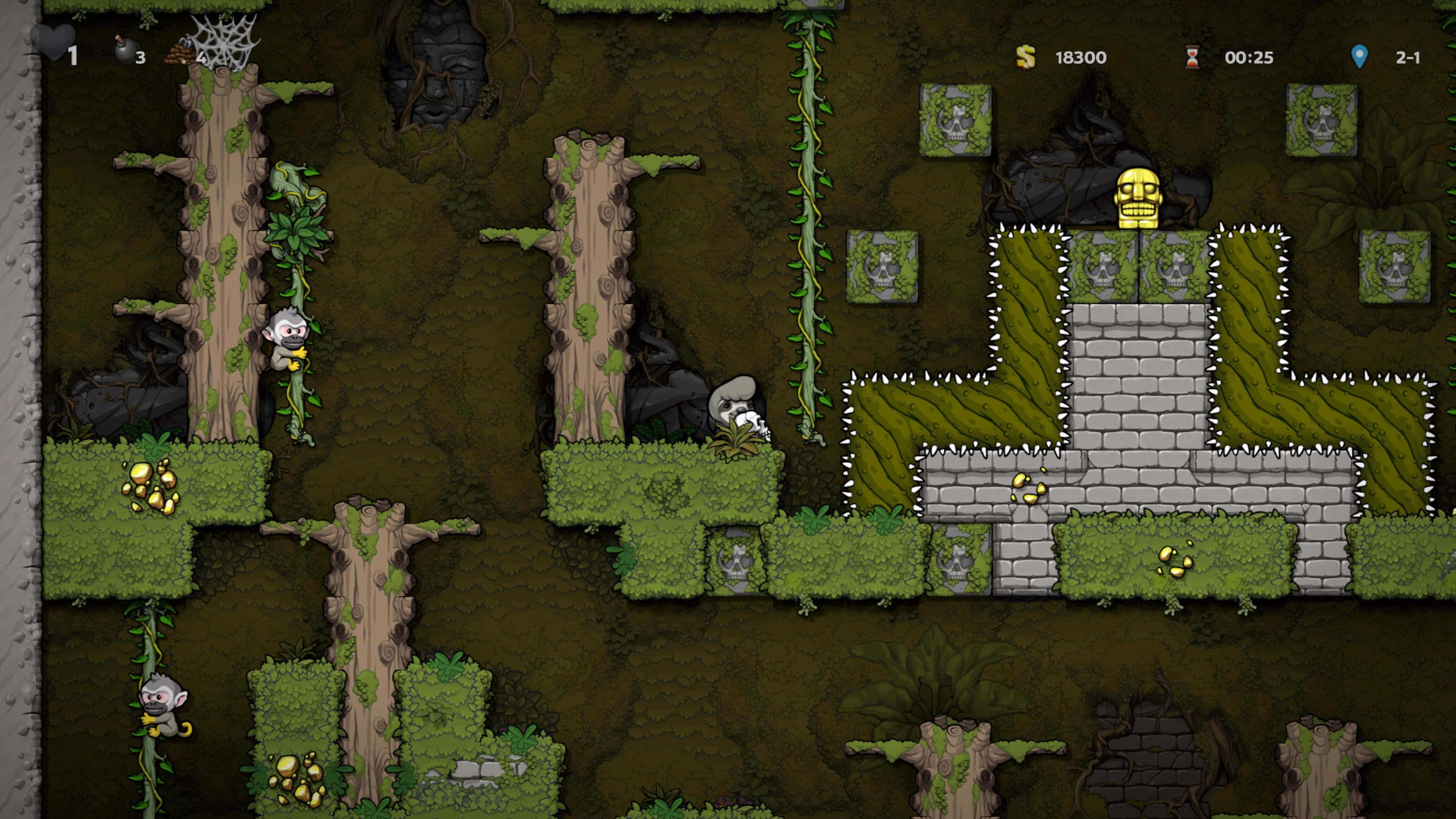 If there is a story? Good, Spelunky 2 yes, there is a narrative that serves as an excuse to explore caves, but you will not even remember it after completing the tutorials. In short, adventurer Ana discovers a giant Olmec on the surface of the Moon, where her parents got lost while searching for hidden treasures and secrets in the cave. From there, the heroine finds her parents’ lost diary and sets out to find them, also assuming the role of speleologist.

Adventure mode (the main mission) allows up to four players, whether in a local cooperative or online, to join the same game. You can also play alone, of course, without help, but the experience becomes more laborious than usual. The fast gameplay embraces simplicity and misleads the player with its unpretentious atmosphere. The character can jump, crouch, throw objects and strike with an Indiana Jones whip. 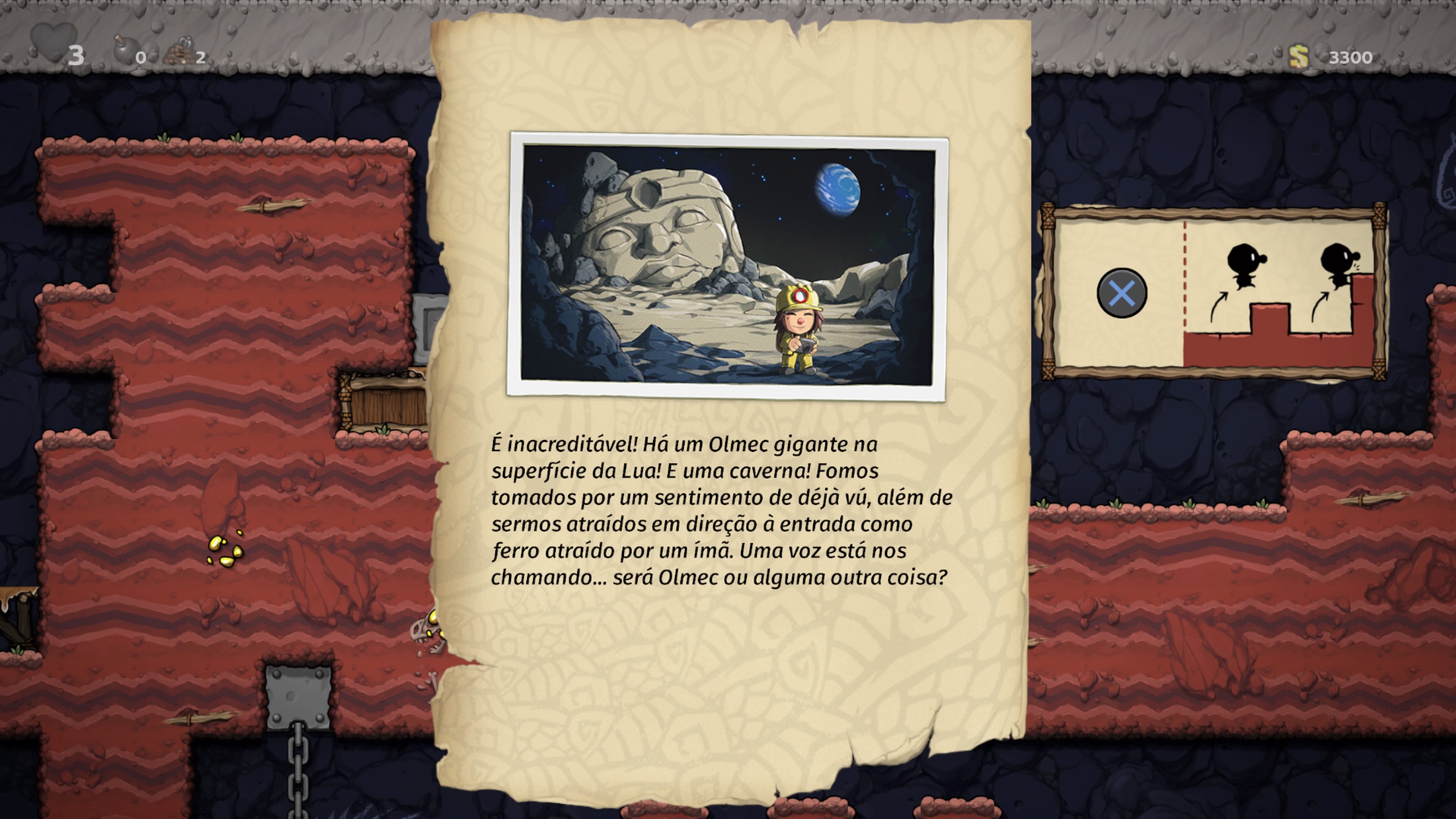 While there are no complex commands to learn from the control, Spelunky 2 likes the idea of ​​complicating the player’s life with unforgivable obstacles. At first glance, the title resembles any standard 2D platform game. However, you only need a few minutes to understand which strategy is more important than skill, than having a precise jump, for example. It is necessary to think carefully before moving forward, as a hero’s wrong step can cost the entire round.

The title may not be the ideal roguelike for those just starting out, as it doesn’t explain anything about how to overcome the obstacles ahead. It is on the basis of race, trial and error, that the player must discover the consequences of his actions – many say that practice is the most effective form of learning, and Spelunky lives up to that method. You will discover, for example, that you can tame animals to move around the scenery more easily, or else exterminate them to use their meat as a means of restoring their valuable life points. 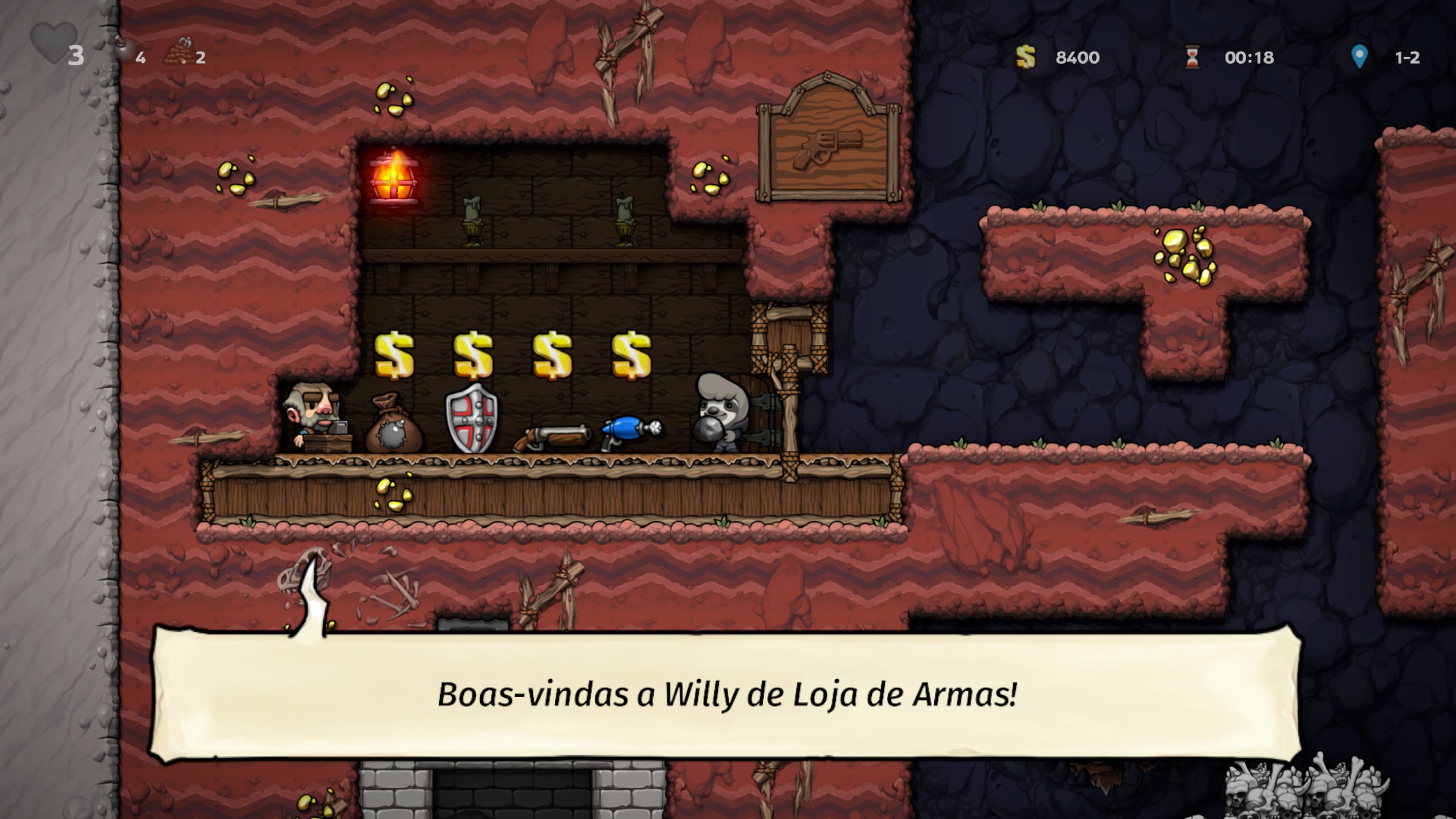 Speaking of which, the mount is one of the great news of the second game – and in my opinion the most important, alongside new maps and creatures. Because the scenarios are generated in a procedural way, animals will not always be present on the map to be trained (in this case, the character will depend more on luck than anything else). The bugs absorb damage by the hero and grant the double jump ability, in addition to having unique attack patterns.

The inclusion of mounts guarantees an extra layer of depth, a new way of pioneering the fearful dungeons, as if the gameplay of Spelunky 2 no longer had many nuances. To tell you the truth, I don’t remember another roguelike that offers so many options to solve the same challenge – dynamics is the word that best defines my experience with the game. 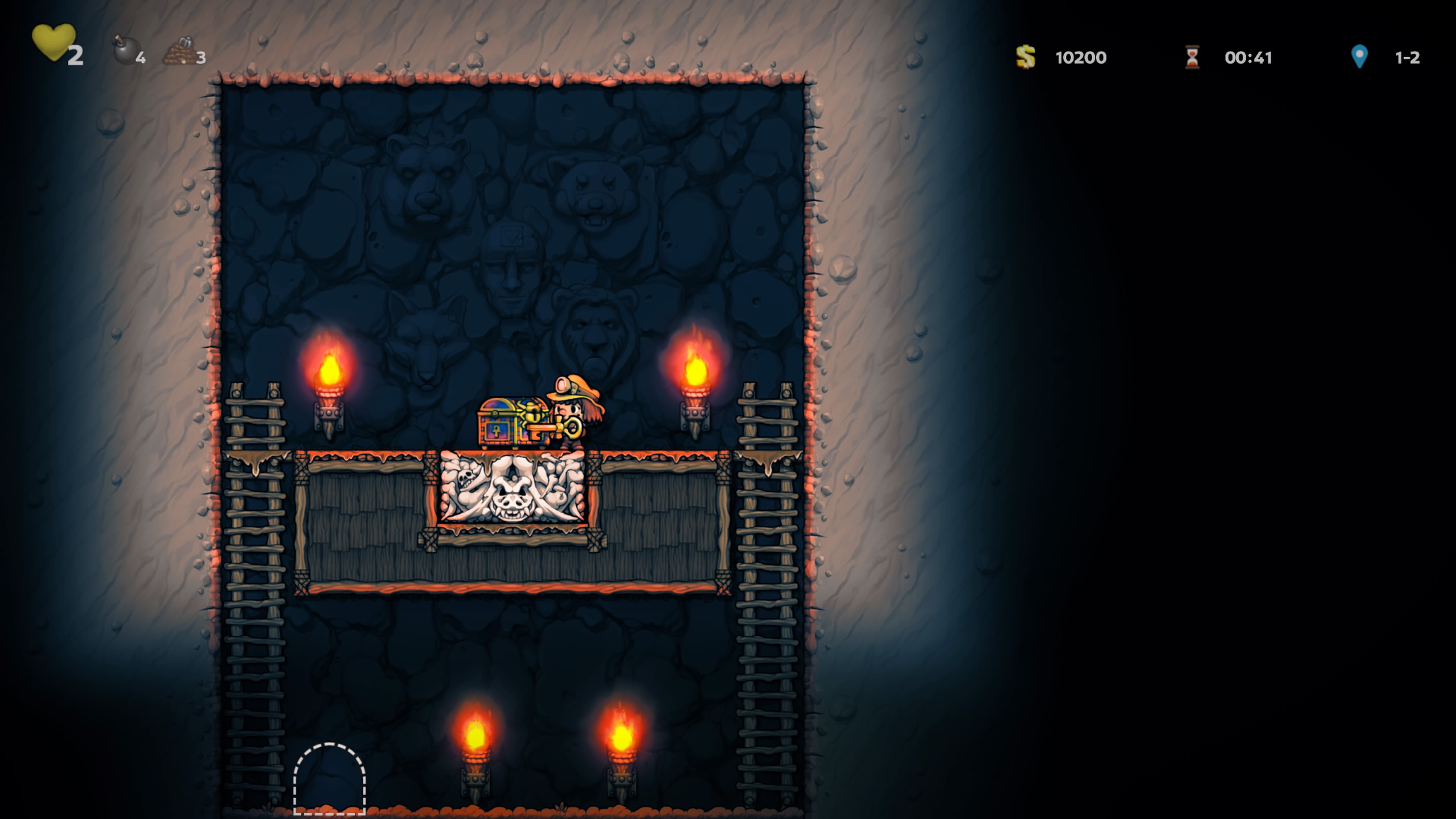 Spelunky 2 is a rooted roguelike, that is, it does not embark on the wave of recent games of the genre, as Hades and Dead Cells, in which it is possible to apply permanent improvements to the character. If you die, you need to start smoothly from scratch, with no money or item. What you can do during the game is to use the raw material acquired by the map to unlock weapons and skills. Therefore, your hero will not be helpless, only that he will lose everything if he makes a mistake. And it is precisely this characteristic of the game that, like it or not, will keep many people away.

In addition to the “Adventure” mode, the title brings daily challenges, in which the player has only one chance to fulfill these activities. This is a mechanic that the game uses to make you feel encouraged to return to the caves every day. In “Arena” mode, the objective is to beat other users (who can be replaced by bots) in games with specific rules. In other words, the “Arena” is nothing more than a local multiplayer with two modes – “Hold the Idol” and “Playoff” – being a great way to relax after a few hours on the painful main journey. 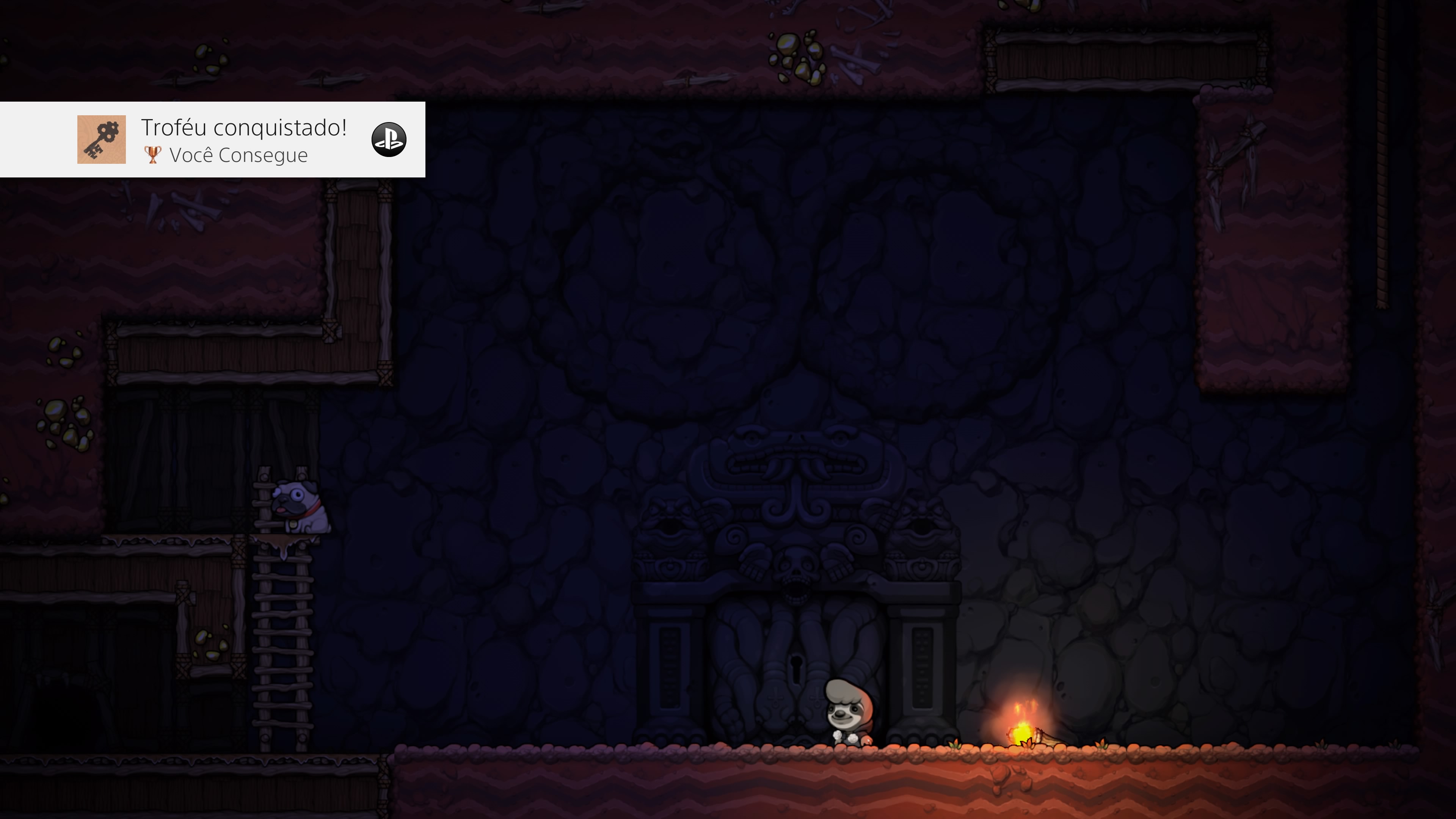 Regarding the look, the charming 2D aesthetics of the first version was reused, but now it has redesigned characters and enemies. The graphic improvements were punctual, it is true, but I imagine that it is difficult to change substantially something that is already excellent. The feeling of déjà-vu is inevitable, but there is nothing wrong with that.

Compose a verdict for Spelunky 2 it was not as simple as it looks. It is one of the best roguelikes of the current generation, practically without defects, but which does not bring any trace of accessibility to attract first-timers. Whether it is worth it or not will depend more on how open you are to giving a cruel and uncompromising game a chance. Many players will not even be able to reach the end, however, the way there, although costly, is enough to make the experience memorable – at least for the most persistent.

Spelunky 2 was kindly provided by Mossmouth for this analysis

“Cruel and inflexible with flaws, Spelunky 2 strengthens the content of the first, but remains inaccessible to the player with no experience in the roguelike style”