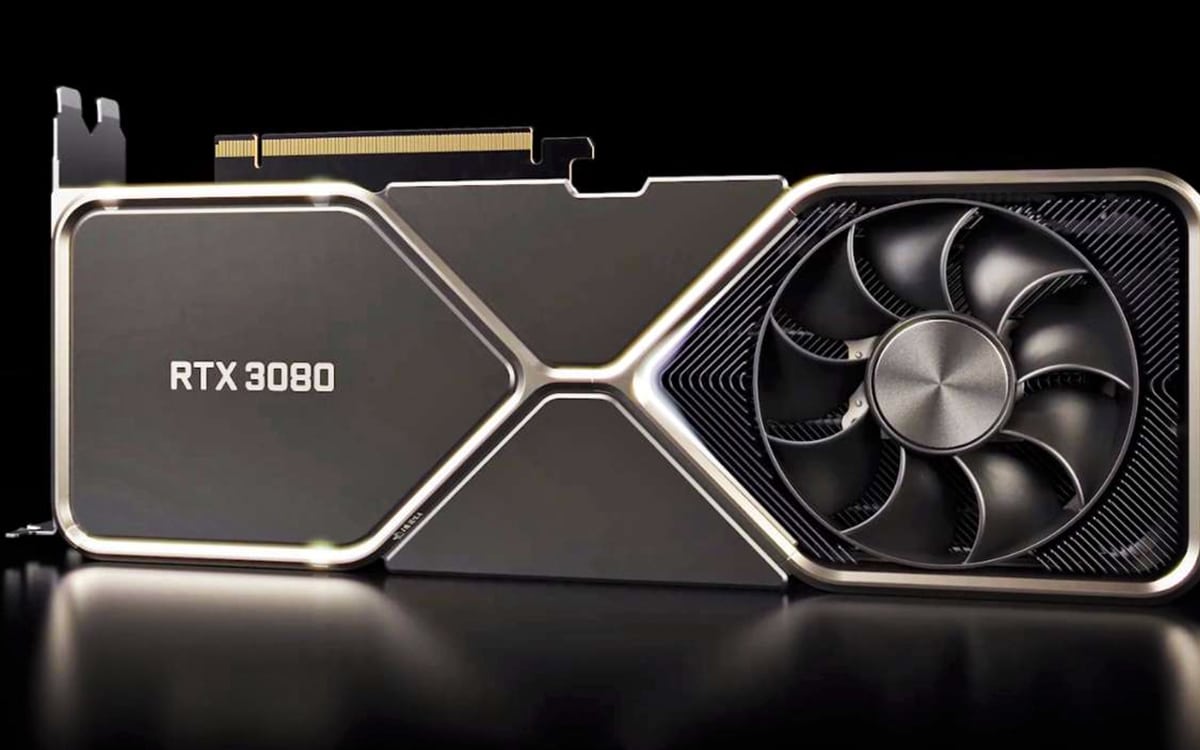 Launched Thursday, September 17, the Nvidia RTX 3080 is already out of stock everywhere. The device is no longer at its normal selling price of 719 euros where it is still available. On eBay, speculators of all stripes already seem to be taking advantage of the situation by offering “confirmed orders” for RTX 3080 up to 25,000 euros. In at least one case, a sale was concluded for $ 70,000.

The stockouts began shortly after 9 a.m. Thursday, September 17, 2020 across the United States and elsewhere in the world. And since then, prices have exploded, especially on eBay. The Nvidia RTX 3080 Founders Edition is normally offered for a sale price of 719 euros in France. The problem is, the template is simply no longer available. The only store to offer RTX 3080 cards is as of this writing, it is Cdiscount. But the brand now only offers cards from third-party manufacturers, such as PNY, with prices starting at € 829 and reaching up to € 1058.95 for the Gigabyte version.

Nvidia RTS 3080: out of stock when it goes on sale annoys customers a lot

However, when one leaves the traditional distribution networks, one enters squarely in another dimension. eBay in particular gives the impression of a gold rush. A seller offers for example an Nvidia GeForce RTX 3080 FE for the trifle of 25,050 euros, just that. And if that didn’t sound like enough to you, a unit even sold for a whopping $ 70,000 as Gizmodo reports. The card is in any case untouchable on eBay under 819 euros (in Zotac version) and in the middle of questionable ads, we even find people trying to sell a piece of paper with a photo of the card printed on it at the selling price of the Fouders Edition. Generally most of the listings currently range between 1000 and 4000 euros. And the situation does not appear to be improving as the card continues the day after its launch to be chronically out of stock.

Yet many of these announcements only promise simple “confirmed orders” – suggesting in passing that most of the writers of these listings have yet to receive the card. Even so, many of these same listings offer the product as a “Buy It Now” product. The fans, them, do not hesitate to express their dissatisfaction on Twitter. In response to an Nvidia tweet full of emphasis on the crazy success of its cards, many Internet users have criticized the launch of the founder. A twittos NotTheOnlyRobert, strangles for example:

1) Not a single partner who had notifications for launch of the product sent one (that includes your own stores)
2) the nVidia shop went from Notify to sold out in 1.2 seconds
3) You didn’t work with retailers to prevent scalpers

So you want us to buy AMD Cards?

2) The Nvidia store went from ‘Notify Me ‘to Out of Stock in 1.2 seconds

3) You haven’t worked with retailers to prevent speculative resale

So you want us to buy AMD cards? ”

Victim of an avalanche of comments of this type, the firm ended up reacting to our colleagues at The Verge: “We have a unpublished request for GeForce RTX 3080 from global retailers, including the Nvidia online store […] despite the preparation, the Nvidia store found itself inundated with traffic and encountered an error. We were able to resolve the issues and sales started to register normally ”.

And Nvidia to continue: “To stop the bots and speculators on the Nvidia Store, we are doing everything humanly possible, which involves take back orders manually, to ensure that these cards fall into the hands of legitimate buyers […] Nvidia team and partners are sending more RTX 3080s to retailers every day. We apologize to our customers for this morning’s experience ”.

So if the founder is to be believed, stockouts are only temporary – mostly caused by bots and technical issues. And contrary to what has been suggested so far, RTX 3080 stocks are being restocked daily. However, according to some sources, distributors have received only a few dozen units of the card, making them immediately unable to satisfy customers.

We hope that the situation will return to normal in the coming days. Have you also had difficulty buying an RTX 3080? Has Nvidia sufficiently prepared for the launch of its card? What do you think of the speculation that sometimes happens when certain products are released? Share your feedback in the comments to this article.