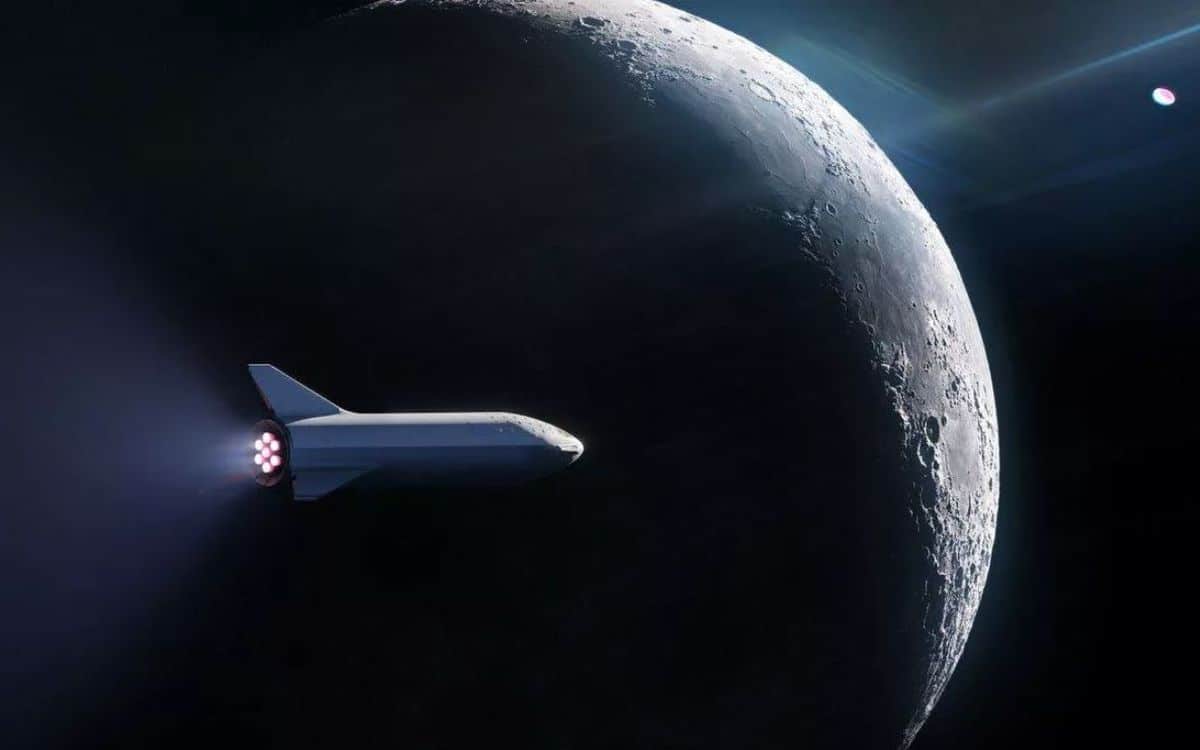 Japanese billionaire Yusaku Maezawa gave details of the DearMoon mission, carried out in partnership with SpaceX. The goal is to take eight tourists on a trip around the lunar orbit. A big first which is scheduled for 2023 and which has a good chance of succeeding. Anyone can apply for the chance to be part of the expedition.

Never have tourists been so far. The DearMoon project, led by Japanese billionaire Yusaku Maezawa, wants to take a dozen people around the Moon, including eight handpicked tourists. An expedition in the making for a while, but which is taking shape a little more today. To achieve his goal, Yusaku Maezawa will use a SpaceX-designed shuttle, still in development. Elon Musk is of course a partner in the project, which will be the first major tourism mission for his company. The trip is scheduled for 2023.

The DearMoon mission was announced in September 2018. Yusaku Maezawa mentioned the project during a conference at SpaceX headquarters. The idea was to perform a tour of the Moon before returning to Earth. A trip with 10 to 12 people including six to eight handpicked artists. The guests should then have created a work of art on the theme of their return trip.

Three years later, the project has evolved somewhat. In fact, there is no longer any question of inviting artists, but eight “sir and madame everyone”. Specifically, Yusaku Maezawa explains in a video that anyone who creates anything is an artist. However, two criteria are required: being quick to help people and society in one way or another, and supporting the aspirations of other crew members. Yes, it’s very vague and it sounds more like marketing than anything else, but it’s what is being asked.

At the moment, the application process is unclear, but the DearMoon project has a website that you can register on before March 15 to have the chance to pass the selections. The eight candidates will be selected at the end of June and will spend a year and a half training for the mission until its launch in 2023.

In the video, Elon Musk is confident about the mission, explaining that he will do anything to make sure the shuttle is ready, and most importantly, safe for human transport. In fact, a new test should be done this week. If the schedule is respected, the ten or so passengers will embark in 2023 for the Moon. For six days, they will embark on a journey that will take them to the satellite, orbit and return to Earth. It’s a piece of cake, put it like that, but it would be a huge publicity stunt for SpaceX, which would be the first private company to send humans so far from Earth.

It won’t be SpaceX’s first tourism mission, as the company has announced there is little desire to send its first civilians into space by the end of the year. This will be done via the Falcon 9 rocket and there will be no question of going as far as the moon. The shuttle will only orbit the Earth for a few days. Billionaire Jared Isaacman will participate in this mission. Like Yusaku Maezawa, he will invite volunteers for this flight, three in number. At present, Elon Musk’s firm “is content” to send professional astronauts to the ISS.

For its part, Jeff Bezos’s Blue Origin company is continuing hardware testing, but has not yet given a specific date for the first manned flights.

How about you, would you be ready to apply for a short tour of the moon aboard a SpaceX rocket? Tell us in the comments !