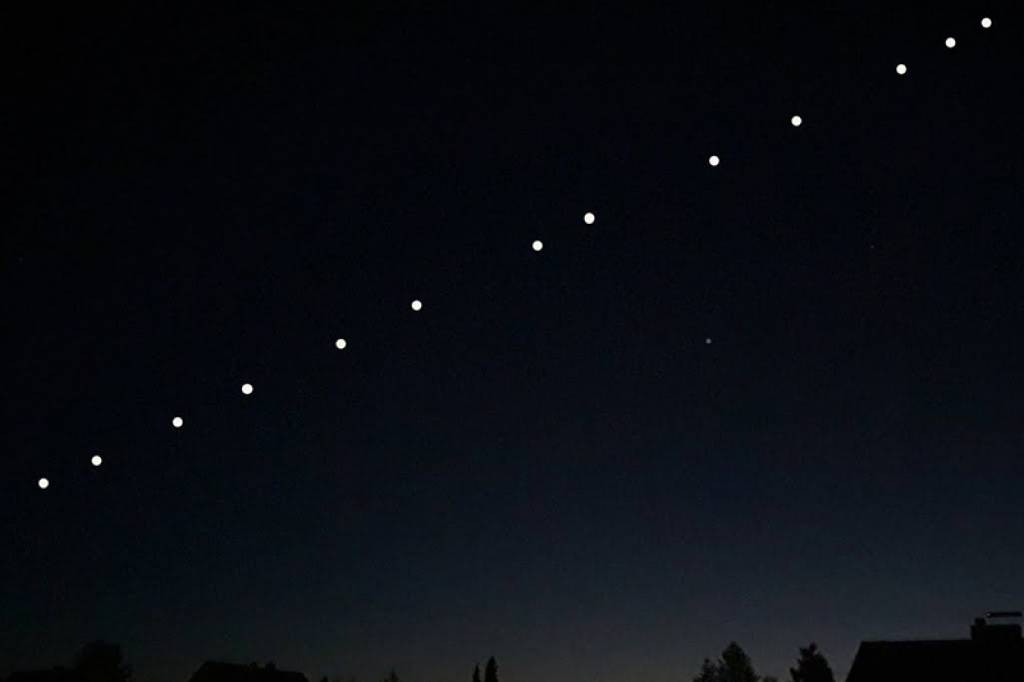 Here on Earth, satellite constellation operators are constantly forced to change their positions because of encounters with other spacecraft and pieces of space junk. We talk more about the problem in this matter.

The main causes of the situation, according to Hugh Lewis, head of the Astronautical Research Group at the University of Southampton (UK), are SpaceX’s Starlink satellites. Estimates suggest that the number of these dangerous approaches will continue to grow.

SpaceX satellites are involved in about 1,600 cases of “near encounters” between spacecraft every week. These encounters include situations where two spacecraft pass within a distance of only one kilometer of each other.

Lewis is Europe’s leading space debris specialist. It regularly estimates the status of Earth’s orbit based on information from the SOCRATES database (Satellite Orbital Conjunction Reports, which assesses threatening encounters in space). The tool provides information about satellite orbits and models their future trajectories to assess collision risk. In an interview with Space, he showed to be worried about the future.

“I looked at data going back to May 2019, when Starlink was first launched, to understand the weight of these megaconstellations. in a situation where Starlink is responsible for half of all encounters,” Lewis said.

The 1,600 weekly “near matches” include those between two Starlink satellites. Without them, SpaceX’s satellites approach other space operators’ spacecraft about 500 times a week.

In the July update of conjunctions involving the Starlink & OneWeb satellite constellations, as predicted by SOCRATES, there was a continuous (exponential) increase in the number of close passes on August 2, 2021.

Compared to Starlink, competitor OneWeb, which currently has more than 250 satellites in orbit, is involved in about 80 close passes to other carriers’ satellites every week, according to Lewis data.

And the situation is likely to get worse: only 1,700 Starlink satellites have been placed into orbit so far — they are part of a future constellation of tens of thousands. The first generation is expected to total 12,000 satellites. Lewis estimates that in the future SpaceX satellites will be involved in 90% of close approaches.

A future of space congestion

Siemak Heser, CEO and co-founder of Kayhan Space Boulder (Colorado, USA), confirms the trend. He estimates that, on average, an operator handling around 50 satellites will receive up to 300 official conjunction alerts per week. These alerts include encounters with other satellites or debris. “Of those 300 alerts, up to ten would require operators to perform evasion maneuvers,” Heser told Space.

According to him, the size of the catalog should increase tenfold in the near future. And the more objects in this catalog, the more dangerously close encounters. “This problem is really getting out of hand,” said Hesar. “The processes that are in place are very manual, not scalable and there is not enough information sharing between the parties that could be affected if a collision occurs,” said the businessman.

Despite the concerns, so far, only three orbital collisions have been confirmed. The worst of these, in February 2009, was the collision between the American telecommunications satellite Iridium 33 and the defunct Russian military satellite Kosmos-2251. The incident generated more than 1,000 pieces of debris larger than 10 centimeters — many of those involved in other orbital incidents.

Lewis believes that as the number of close passes increases, the risk that traders will at some point make a wrong decision will also increase. He is concerned about the growing influence of a single actor — Starlink — on the safety of orbital operations: “They’ve only been doing this for two years, so there’s a certain amount of inexperience,” the researcher said.

SpaceX currently relies on an autonomous collision avoidance system to keep its fleet away from other spacecraft. “Starlink doesn’t publicize every maneuver they’re doing, but it’s believed they’re doing a lot of small fixes and tweaks all the time,” explained Lewis. “This causes problems for everyone, because nobody knows where the satellite will be and what it will do in the next few days,” he concluded.