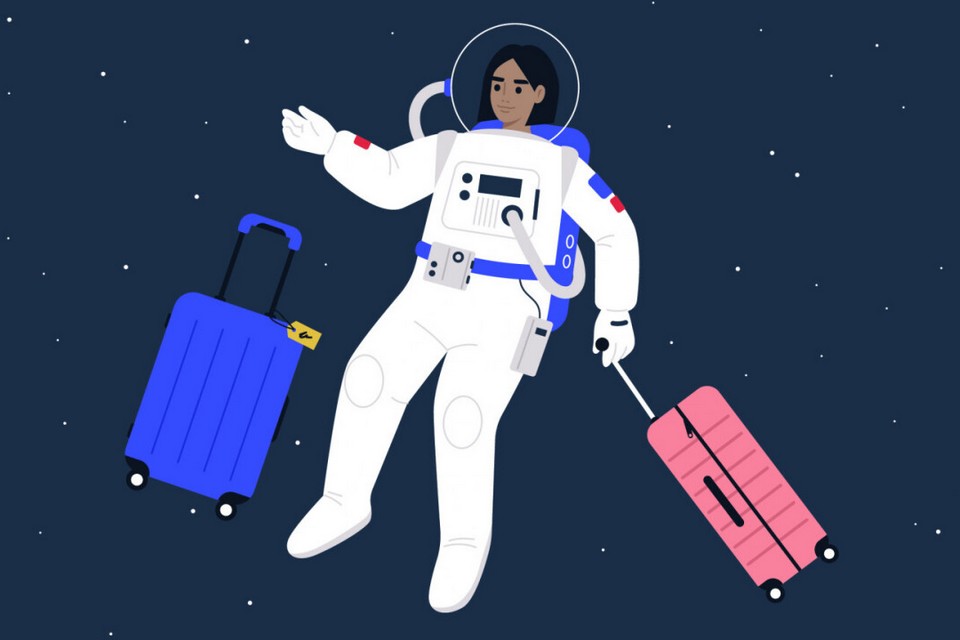 If 600 million people followed the launch of Apollo 11 towards the Moon, SpaceX’s last launch to the International Space Station (ISS) had 2.6 million viewers via streaming on YouTube. Space flights have definitely entered the routine of human civilization: the race for the supremacy of nations has given way to science, which is preparing to make room for tourism.

Obviously, it will be for a few – in 2001, Russian businessman Dennis Tito paid to visit the ISS (his ticket on the Russian ship Soyuz, at the time, cost US $ 20 million); the next space tourist to shell out a small fortune (this time to go to the moon) is Japanese millionaire Yusaku Maezawa who, aboard the SpaceX rocket, hopes to fly over the satellite in 2023, within the dearMoon mission, with eight more civilians, in addition to the crew (estimated value per seat: US $ 70 million).

“I see the beginning of an era when more people will be able to experience space. Space tourism is a way of demonstrating the safety and reliability of space travel to the general public ”, explains political scientist Wendy Whitman Cobb, in an article for the website The Conversation.

According to her, only seven people have managed to climb the space as a tourist since 2001, “but that number should double in the next 12 months”. For businessman and philanthropist Dylan Taylor, founder of Space for Humanity (a non-profit organization created to promote the democratization of space exploration), “suborbital travel is likely to be the space tourism sub-sector to materialize first.”

Commercial suborbital flights became a lode with the entry, at the beginning of this century, of private companies that aimed to explore the evolution of space technology, all of them with billionaires ahead: Virgin Galactic (Richard Branson, of the Virgin group), Blue Origin (Jeff Bezos, from Amazon) and SpaceX (from Elon Musk, from Tesla).

Of the three, the one ahead is SpaceX. “Currently, the company has two tourist launches planned: one scheduled for September 2021, financed by billionaire businessman Jared Isaacman,” says Cobb. The other will join Musk’s company with startup Axiom Space to bring real estate investor Larry Connor and Mavrik investment group CEO Mark Pathy into space.

More than just a form of tourism, Elon Musk wants to usher in the era of the “Space Concorde”, covering routes between global financial centers (such as New York, London, Dubai) using Starship rockets to transport 100 people around the world in about half an hour.

While Tesla’s CEO works to reach Mars, Amazon’s founder, according to Wendy Whitman Cobb, “wants to expand humanity and the industry into space. Blue Origin slowly and quietly moved forward in the development of its New Shepard rocket, which launched successfully for the first time in 2015, will eventually offer tourists a suborbital ride to the edge of space. For Jeff Bezos, these flights represent an effort to make space travel a routine, reliable and accessible to people, ”said the political scientist.

Virgin Galactic, meanwhile, works on a spacecraft to carry six passengers on a two-and-a-half hour suborbital flight, at $ 200,000 per head (the same as Blue Origin should charge). It is a tourism for the few, but even more so than the $ 22 million paid by Tito.

As Dylan Taylor told the website Space, “SpaceX’s suborbital flights will eventually serve ordinary citizens. If 5% of the 150 million passengers who fly ten hours pay $ 2,500 per trip, the return will reach $ 20 billion annually. Space tourism will be the springboard for deep space. “