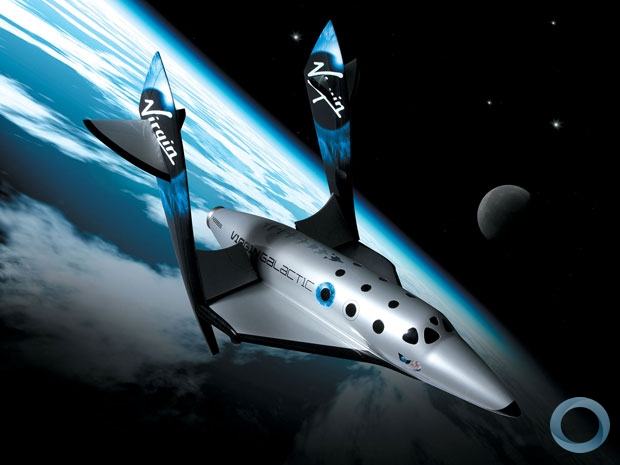 Exploring is inherent to the human condition. Since ancient times, when the first ways of subsistence were based on hunting and gathering, humanity has moved, searched, investigated and reinvented itself, discovering new ways to connect with the world. At the time of the Great Navigations, sailors ventured into the vastness of the oceans to expand trade routes and explore new lands. Today, 500 years later, we are space navigators and heading towards the stars.

Since the space race during the Cold War decades, space exploration has been a common chapter in our history. Initially for political and scientific purposes, we now live in a time when we can add one more purpose to space travel: leisure. Just as the use of airplanes has driven and continues to drive air travel, space tourism will become an increasingly frequent reality in the coming decades.

Still restricted to extraordinarily wealthy individuals around the world, space tourism has already begun to show that it is here to stay. Famous companies and government organizations dedicated to space exploration and research, such as NASA (National Aeronautics and Space Administration) and ESA (European Space Agency), now share space with private companies such as SpaceX, Space Adventures, Virgin Galactic, Blue Origin and many others.

There are no words to describe the feeling. This is space travel. This is a dream turned reality https://t.co/Wyzj0nOBgX @VirginGalactic #Unity22 pic.twitter.com/moDvnFfXri

Last Sunday (11), the first suborbital flight of the Virgin Galactic company, founded by the British billionaire Richard Branson, was carried out, opening the doors to this new era. The flight took off at around 11:40 am (GMT) from the state of New Mexico, in the United States, taking, in addition to the billionaire, two pilots and three other passengers. Lasting approximately 90 minutes, the trip reached an altitude of approximately 89 kilometers and provided crew and passengers with a temporary feeling of weightlessness, as well as a unique view of our blue planet.

VSS Unity rocket detaching itself from the aircraft carrier and propelling it into space.Source:  Virgin Galactic

The flight, aboard the VSS Unity rocket, was propelled by double fuselage aircraft carriers and, upon reaching an altitude of 15 km, it decoupled and ascended towards the limit that delimits space. After a few minutes in a microgravity environment, the module returned and landed in a controlled manner. Similar flights will be offered by Virgin Galactic in 2022 and the purchase of tickets already has a waiting list, with prices between US$ 200 thousand and US$ 250 thousand — up to R$ 1.2 billion, in direct conversion.

Next Tuesday, July 20, the first manned flight of the aerospace company Blue Origin, founded by Amazon billionaire Jeff Bezos, is scheduled. The date was chosen to commemorate the 52nd anniversary of the first manned landing on the Moon, carried out by the Apollo 11 mission, in 1969. Aboard the New Shepard rocket, in addition to Jeff Bezos, the trip will include the presence of his brother, Mark Bezos, American aviator Wally Funk and the winner of a seat in an auction, sold for US$28 million. Taking off from the state of Texas, these space tourists will also float on the threshold between Earth and space before returning to the surface. 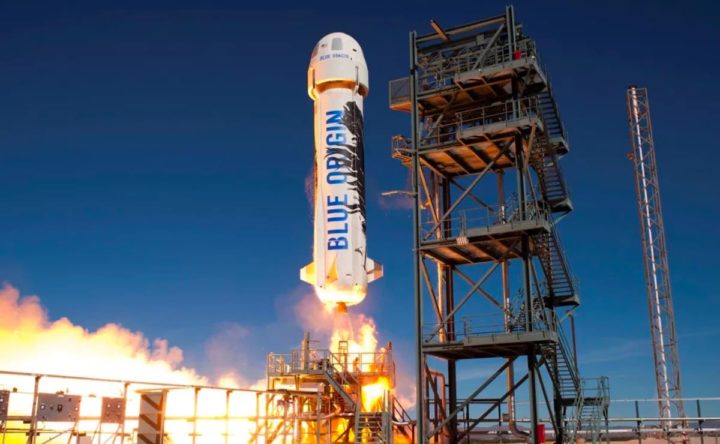 Launch of the New Shepard rocket, which will take billionaire Jeff Bezos into space.Source:  Blue Origin

The New Shepard, whose name itself is also a tribute – this time to Alan Shepard, the first American to go into space in 1961 -, will make a short trip of about 11 minutes, between ascent and descent. Once launched, the spacecraft will ascend to the approximately 100 kilometer mark, the boundary known as the Karman Line. After about three minutes enjoying the view and the apparent feeling of weightlessness, passengers and crew will make a controlled descent back to Earth, which will have the aid of a rocket for landing.

SpaceX, the aerospace company of fellow billionaire Elon Musk, should not be left behind. Although it is currently focused on the commercial branch, operating mainly in providing services to agencies such as NASA and other private companies, the company is expected to offer the first manned and entirely dedicated flights for space tourism in the near future.

The Inspiration4 mission, for example, is scheduled to launch on September 15 this year and will be carried out with the reusable Falcon 9 rocket, which will be launched from Kennedy Space Center in Florida. It will be the company’s first manned space mission to rely entirely on ordinary citizens aboard and will certainly consolidate the beginnings of this new era of space exploration.