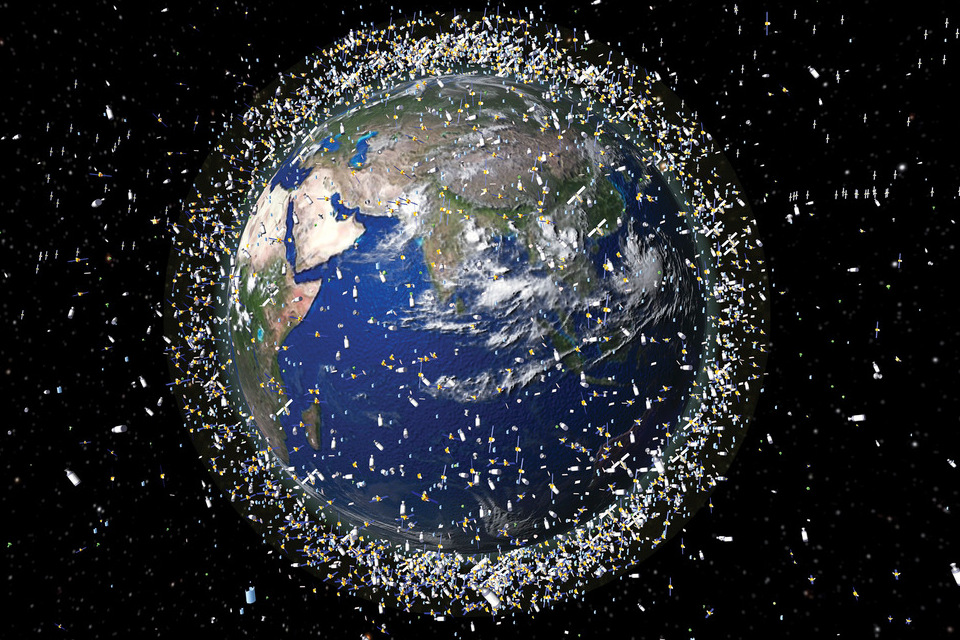 Much has been debated about the problem of space waste, which has been increasing exponentially in recent decades – thanks to the increase of agents in space exploration, including among private entities. The fall of the Chinese rocket Long March 5B on its reentry into Earth orbit in early May, it rekindled the discussion that has lasted for decades.

The laws dealing with space debris are the 1972 London Convention on International Liability for Damage caused by Space Objects and the 1967 Outer Space Treaty – both adopted by the United Nations. According to these laws, the responsibility for objects that enter our atmosphere and reach something or someone belongs to the person who launched the object into space.

Currently, however, there are no penalties for anyone leaving space junk reminiscent of their missions orbiting around the Earth. On the subject, assistant professor of Space and Society at Arizona State University in the United States, Timiebi Aganaba, wrote an article, originally published on The Conversation.

The professor says that there are three questions that the public always asks when falling space debris happens: Could this have been prevented? What would have happened if there was damage? And how will new commercial companies be regulated as space activities and launches increase exponentially?

For space law to be effective, three things are needed: to prevent as many dangerous situations from occurring as possible; monitor and enforce the laws and establish a structure of responsibility and obligation in case everything goes wrong.

Space junk in your home

The teacher proposed a challenge: imagine that, instead of falling into the ocean, the Chinese rocket had crashed into her home. What would the current law allow you to do? Nothing.

It would be a matter of government to government. Current treaties state that States are internationally responsible for any damage caused by a spacecraft – even if the damage comes from a private company in that country. According to these laws, your country would not even need to prove that someone did something wrong if a space object or its components caused damage to the Earth’s surface or to aircraft in flight.

So if a piece of space junk from China landed in your home, your country’s government would make a claim for compensation through diplomatic channels and only then would you pay for your loss – that is, if it decided to make the claim. Until today, only Canada has done this when the Soviet satellite Cosmos 954 crashed into its territory in 1978. The accident spread radioactive debris and the country spent almost 14 million Canadian dollars to clean it up. He received only 3 million back, in the final agreement.

Tons of space junk orbit around the Earth as you read this article.Source: NASA / Reproduction

Aganaba stressed that when the Responsibility Convention was put to use in this context, four standards emerged: countries have a duty to alert other governments to rubble; provide as much information as they can about an impending accident; clean up any damage caused by the debris and indemnify the affected government for any injuries that may have occurred.

If you had a satellite in orbit and it was hit by a piece of space junk, you and your government would have to prove who was to blame. Currently, however, there is no globally coordinated space traffic management system, which would make it very difficult to discover what destroyed your satellite.

The problem of space pollution

Laws and treaties on space work, according to Aganaba, but looking at Earth’s environmental legislation can give ideas to the space legal regime, as advocates of space sustainability argue that the environment has value and faces a much greater risk of damage than individuals on Earth.

The dominant view is that degrading the terrestrial environment with pollution or mismanagement is bad due to the negative impact on the environment and living beings. The same is true for space, even without direct victims or clear physical damage. According to the teacher, the space is configured to be a new frontier, in which tragedies can unfold. For her, removing large objects that may collide with each other will be a great start.