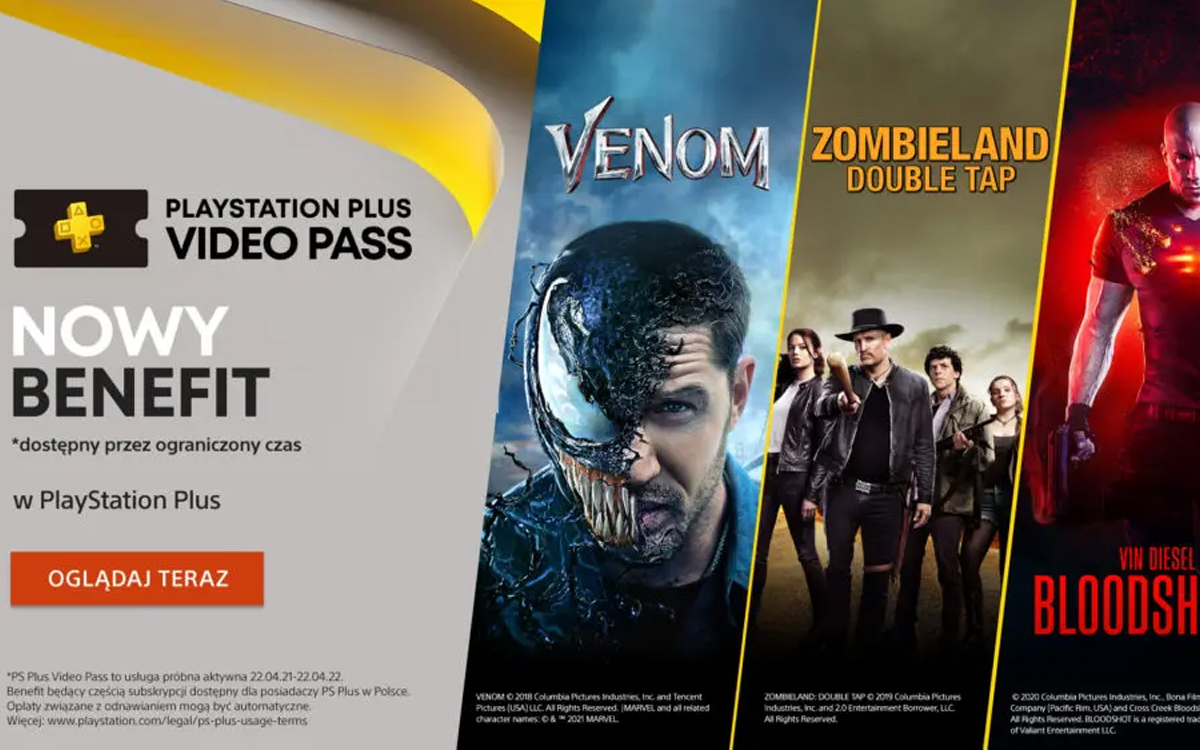 If you follow the video game news, you have probably heard of this major leak that occurred on April 21, 2021. Indeed, the Polish official site of Playstation has mistakenly revealed a brand new service called Playstation Plus Video Pass. According to the description of the service, PS Plus subscribers could therefore enjoy several films and series on their PS4 and their PS5, all at no additional cost, in addition to the games offered each month.

Without surprise, Sony has decided to cut the suspense short and formalize the existence of the Playstation Plus Video Pass this Thursday, April 22, 2021. According to the manufacturer, the service entered the test phase today in Poland. The test in question will last a year. It will allow Polish Playstation Plus subscribers to access more than twenty films and series from Sony Pictures. The catalog will receive new items every three months, as the Japanese company specifies.

A test phase in Poland before a global launch?

According to Sony, the Polish market was chosen for specific reasons : “We know very well that we have a large base of players in Poland who stand out for their engagement and activity on the network and social media. They also like to use VOD platforms. For us, this is the perfect combination, the perfect market, to introduce a test service as part of the PS Plus program and see what our main users think ”, details Nick Maguire, vice president of global services at Sony Interactive Entertainment.

As you will have understood, this test phase will allow Sony to gauge the popularity and relevance of the service, before a possible launch in other territories such as France. “We want to see how the players will benefit from such a service. What titles do they watch, what interests them, how often they use them ”, explains the builder.

Movies and series available through the Playstation Plus Video Pass

For now, Polish players will therefore be able to enjoy around twenty films to watch on their PS4 and their PS5. Here is the complete list of movies and series accessible via the Playstation Plus Video Pass: