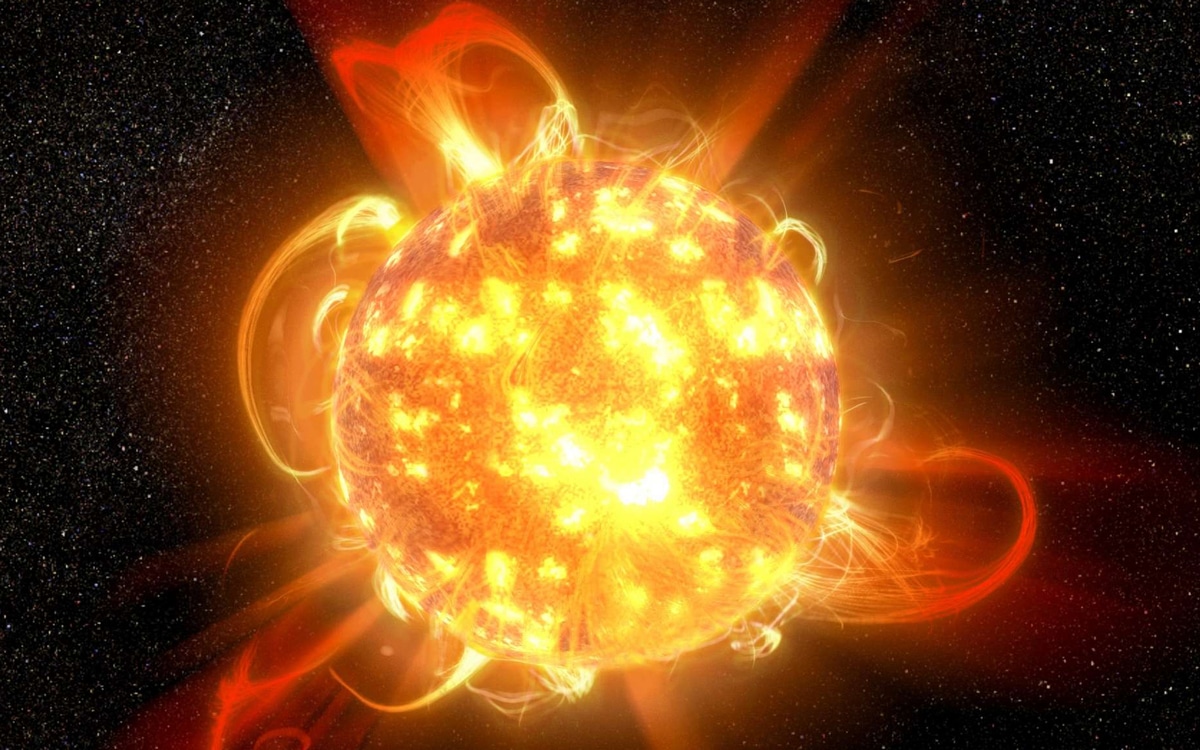 A solar storm could damage the submarine cables that carry Internet traffic from one continent to another. According to a researcher, a solar flare could theoretically cut off the Internet in entire countries. Explanations.

Sangeetha Abdu Jyothi, professor of computer science at the University of California at Irvine, believes thata solar storm may cause serious Internet network failures in the years to come. A solar storm, or solar flare, is a normal phenomenon of sun activity. During this event, the star will release energy in the form of X-rays.

Some of the energy released by the sun is likely to reach the earth. A solar storm has already affected our planet in 1859 and 1921. Those years, the earth’s magnetic field encountered strong disturbances. Electrical infrastructure and communication lines have suffered blackouts all over the world. In 1859, the compasses had moreover rotated in all directions in an unpredictable way. More recently, in 1989, a moderate solar storm caused a long blackout in northern Canada.

Entire countries deprived of the internet

Currently, it is still unknown what the impact of a solar flare on the Internet network would be. Data on these phenomena are still scarce. During previous major storms, the Internet had not yet been deployed.

According to research by Sangeetha Abdu Jyothi, a rapid cloud of solar particles is likely to cause failures in submarine telecommunications cables that link the continents together. Indeed, more than 1.2 million kilometers of fiber optic cables lie at the bottom of the seas and oceans. There are currently more than 400 cables for the Internet network in the seabed.

According to the researcher, an intense solar flare could disrupt the operation of the cables. De facto, entire countries could find themselves deprived of Internet connection despite the resilience of local networks. The optical fiber hidden in the soil, which constitutes the local and regional network infrastructure, is impermeable to disturbances of the earth’s magnetic field. Unfortunately, a nation’s optical fiber is useless if the submarine cables are broken.

The network of cables placed in the seabed carries a series of repeaters stuffed with electronics. These repeaters are sensitive to disturbances in the magnetic field. In a scenario where an intense solar flare were to erupt, part of the marine network risks giving up the ghost. However, the companies that have deployed the network have set up a series of security measures to avoid breakdowns. In the event of a cable failure, the network is automatically rerouted.

To notice real malfunctions, it would therefore be necessary for several parts of the network, including cables that cross the Atlantic and Pacific Oceans, are affected. According to Sangeetha Abdu Jyothi, these cables are also particularly vulnerable in the event of a solar storm because of their latitude.

Also read: a village suffered daily blackouts for 18 months … because of an old TV

However, the researcher admits sorely lacking data to correctly estimate the risks. “There is currently no model available on how this might play out. We better understand the impact of these storms on electrical systems, but it’s all on earth. In the ocean, it’s even more difficult to predict ”, regrets Sangeetha Abdu Jyothi.

According to Pierdavide Coïsson, assistant physicist at the National Magnetic Observatory of France, a solar flare is likely to start in the near future. The sun would visibly arrive at the end ofa cycle between 2023 and 2026. “The calculations we currently have do not show any risk that the Earth will be completely swept away by a solar flare in the short or medium term. The risk is not zero, but the likelihood of it happening is tiny “, tempers Pierdavide Coïsson.

Same story with Thomas Overbye, director of the University of Texas Smart Grid Center. Computer science specialist and engineer, he believes that a solar storm is not not a major threat to the global internet network. “I think this is something that we as an industry certainly want to be prepared for and I have worked on developing tools that assess risk. But there are a lot of other things happening in the industry which are also important ”, minimizes Thomas Overbye.

Solar storms violent enough to reach the earth are also extremely rare. University of Colorado researcher Yuta Notsu believes, however, that “It is possible that we could experience such an event in the next 100 years”.