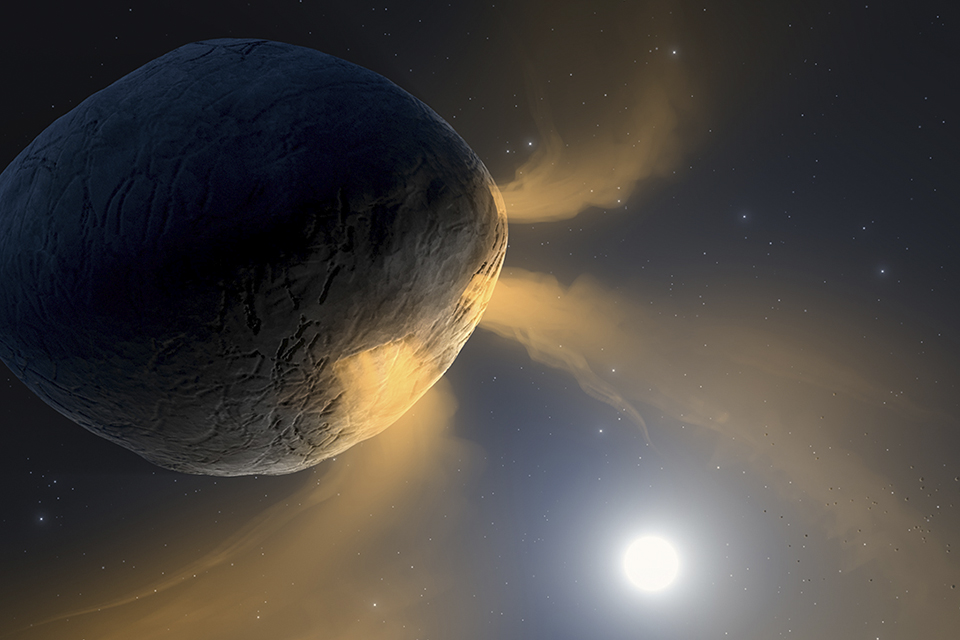 Scientists have explained why the asteroid Phaethon is bright and has a comet-like tail. A new study conducted at the California Institute of Technology (Caltech) has shown that the celestial body’s approach to the Sun causes its sodium concentrations to evaporate, which leaves a glow trail and releases small rocky debris for millions of miles into space. .

The work was led by Joseph Masiero, researcher at the Infrared Processing and Analysis Center (IPAC) — NASA’s partner research center — and published in The Planetary Science Journal. The discovery indicated, through modeling and laboratory tests, the possible actual behavior of the object in its elongated orbit of 524 days in the inner Solar System.

Upon its arrival in Mercury’s orbit, solar heating causes the surface temperature of the 5.8-kilometer-wide rock to reach 750 degrees Celsius. This factor would be responsible for the outstanding characteristic of comets, despite the lack of significant amounts of ice.

“Phaethon is a curious object that becomes active as it approaches the Sun. We know it is an asteroid and the source of Geminids [chuva anual de meteoros]. But it contains little or no ice, so we were intrigued by the possibility that sodium, which is relatively abundant in asteroids, is the element that drives this activity,” wrote Masiero.

Such an orbit-related process would have already depleted virtually all surface sodium, however, concentrations of the element in cracks and fissures in the outermost crust of the rock still heat up, vaporize and spread through space. These emissions are more visible on Earth during the passage of Geminid meteoroids, when their debris leaves the atmosphere in an orange coloration originating from sodium, unlike most asteroids – which are poor in the element.

“Asteroids like Phaethon have very weak gravity, so it doesn’t take a lot of force to release surface fragments or dislodge rock from a fracture. Our models suggest that very small amounts of sodium are all that is needed to do this,” said Björn Davidsson, a NASA scientist involved in the research.

To reach this conclusion, the team analyzed samples of the Allende meteorite, which fell in Mexico in 1969. The researchers believe that this piece may belong to an asteroid similar to Phaethon, of the carbonaceous chondrite type — a class that formed in the beginning of the Solar System. .

The meteorite was then subjected to higher temperatures than Phaethon itself would have as it approached the Sun. “We simulated the effect that would cause sodium to escape its rocky components over the course of a day. By comparing the minerals in the samples before and after our lab tests, we saw that sodium was lost while other elements were left behind. This result suggests that the same may be happening at Phaethon,” explained Yang Liu, a NASA scientist.

The researchers pointed out that categorizing small objects in our Solar System as asteroids or comets is oversimplified. For them, a classification should not only be defined by the amount of ice in the compounds in a given celestial body, but also on how the elements can behave when experiencing variations in temperature along their trajectory.