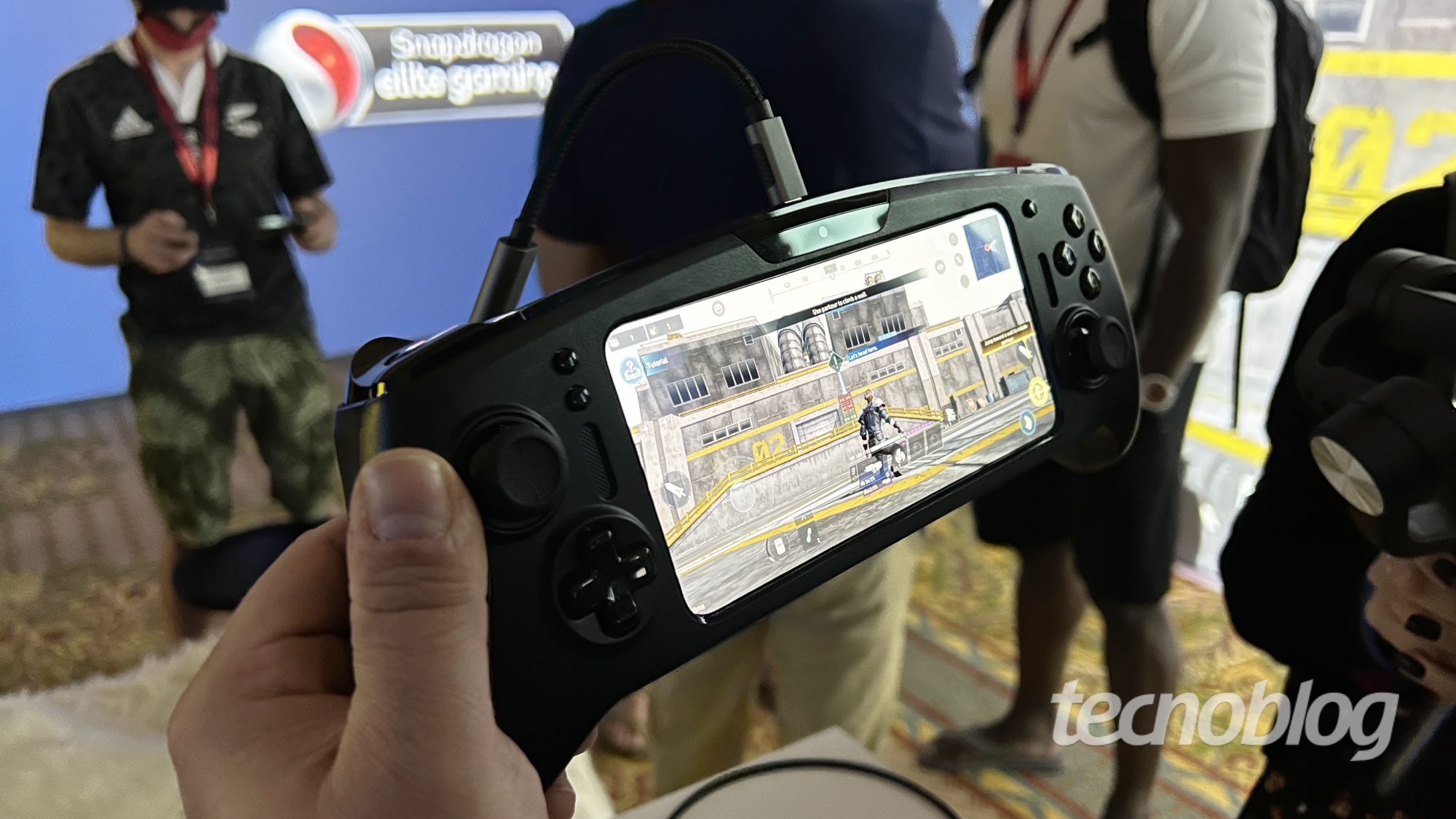 The Snapdragon G3x Gen 1 chip is Qualcomm’s new bet to enter the handheld video game market once and for all and perhaps compete with big names such as Steam Deck and Nintendo Switch. Revealed this Wednesday (1st), the Snapdragon Elite Gaming platform focuses on running Android games and cloud game streaming services — Xbox Cloud Gaming, Steam Remote Play, GeForce Now, among others.

Qualcomm’s idea is to offer this new chip, with the ability to run mobile games and streaming services, so that any company can develop its own mobile gaming platform. With this, manufacturers will no longer need to invest in custom and exclusive chips from AMD or Nvidia to create their portable video games.

Qualcomm’s partner in this project, Razer took the opportunity to launch, also this Wednesday (1st), a development kit for mobile devices for games equipped with Snapdragon G3x Gen 1. As of today, manufacturers can already purchase this kit for start creating your own consoles and securing a share of the handheld market.

The big difference between future video games equipped with Snapdragon G3x Gen 1 and the Steam Deck or Nintendo Switch is the lack of exclusivity. Nintendo’s hybrid console, as well as Valve’s portable PC, are equipped with custom chips from Nvidia and AMD, respectively. In other words, these APUs were created with the devices in mind and are not used in any other devices.

In the case of Steam Deck and Nintendo Switch, the chips need to be unique because they use architectures similar or even the same as seen in desktop graphics cards. These platforms run the games directly on the system, so it’s necessary to extract as much performance as possible from the hardware so there’s no frame-per-second issues or glitches.

Video games with Snapdragon G3x Gen 1 shouldn’t worry too much about performance, as they will only run games for Android, which tend to be lighter and optimized for cell phones, and cloud streaming platforms, whose games run on powerful machines and only the image is transmitted to the user’s device.

The Snapdragon G3x Gen 1 is an APU — that is, a chip that mixes processor and graphics card in one piece. On the graphics side, there’s a Qualcomm Adreno GPU to run games at up to 144 FPS with HDR 10 enabled. To ensure stable, high-speed connectivity, the component supports Wi-Fi 6 and 6E, as well as 5G mmWave and sub-6 networks.

Among the other features of Qualcomm’s gaming APU are Snapdragon Sound technology to optimize audio, support for AKSys for any game to recognize console controls, and the ability to connect an external screen up to 4K resolution via USB-C for use the video game just as a controller.

Razer Kit shows how future consoles will be

Razer’s development kit gives an idea of ​​what handheld video games equipped with the Snapdragon G3x Gen 1 can look like. On the outside, the device has a 6.65-inch OLED screen with Full HD+ resolution and support for HDR 10 and 120 Hz, plus a five megapixel camera that records at 1080p and 60 FPS for use in livestreams.

In the design, the console brings elements inspired not only on the Steam Deck and Nintendo Switch, but also on external controls for cell phones that “hug” the smartphone. There aren’t many details about ergonomics or battery life yet.

For now, only the Razer development kit is available for purchase by manufacturers. End products equipped with the Snapdragon G3x Gen 1 do not yet have a date to reach the market. More news about Qualcomm’s handheld gaming platform is likely to emerge throughout 2022.