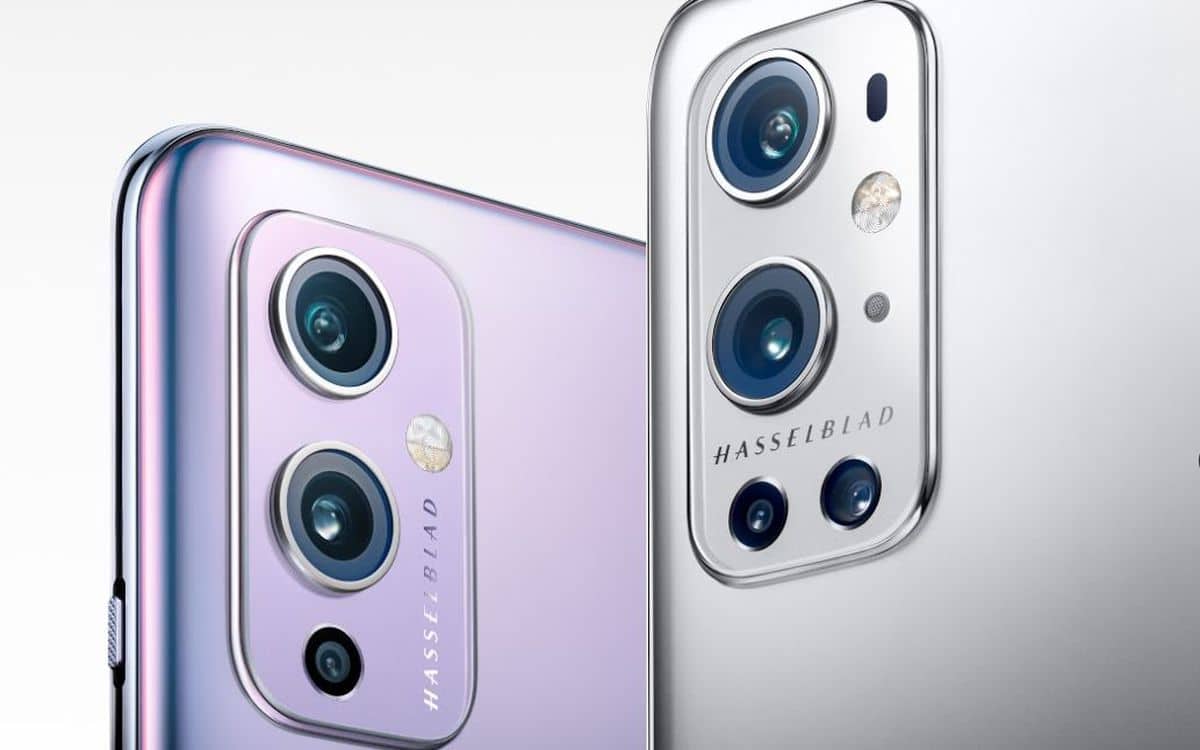 OnePlus has just lifted the veil on its two new flagship smartphones: the OnePlus 9 and the OnePlus 9 Pro. The focus here is on the photo, in particular thanks to a partnership with the Hasselblad optics brand. Both products are obviously aimed at the high-end market.

This is not really a surprise, since these two terminals have already leaked from everywhere, but they are now official: the OnePlus 9 and 9 Pro. Two high-end smartphones from the Sino-Finnish brand which, as usual, wants to offer an attractive technical sheet at a lower price than the competition.

The two products have several things in common, starting with their revised and revised design. The classic OnePlus 9 is available in purple, blue and black while OnePlus 9 Pro is sold in gray, black and “Morning Mist” colors, shiny shell with mirror effect. They are both equipped with a Qualcomm Snapdragon 888 processor with 8 or 12 GB of RAM and 128 or 256 GB of memory. Both have a photo module produced in partnership with Hasselblad, but not the same sensors, as well as a 4,500 mAh battery.

A OnePlus 9 Pro that focuses on the photo

The OnePlus 9 Pro is the most premium smartphone in the 9 series and wants to titillate market giants like the S21 Ultra. It has a 6.7-inch AMOLED display (curved on the sides) in 1440p with an adaptive 120Hz refresh rate (can be activated at the same time). This screen brings some new features, such as a HyperTouch mode to reduce the touch latency time on certain games or even the adaptive resolution. For example, it automatically switches to 1080p if you watch a video in this definition. OnePlus still offers 65 Watts fast charging (with charger included in the box), but the OnePlus 9 Pro also accommodates wireless charging at 50 Watts (dock sold separately, but offered with pre-order). A first.

Finally, on the photo side, the phone has a module of four Sony sensors: a main of 48 megapixels, an ultra wide angle of 50 megapixels, a Telefoto of 8 megapixels and a monochrome of 2 megapixels. Hasselblad, for its part, takes care of the software processing which promises a lot. This software also offers an improved night mode, but also a damn portrait mode or an ultra complete pro mode for the most demanding. It is also capable of shooting in 8K / 30 FPS or 4K / 120 FPS

The OnePlus 9 is roughly the same as the 9 Pro, with some subtle changes, however. It has for example 6.55-inch AMOLED (flat) screen in Full HD + with a refresh rate of 120 Hz (non-adaptive).

If 65 Watt wired fast charging is there, it has to be content with 15 Watt wireless charging, which makes buying a separate dock much less attractive. On the photo side, it is also less spoiled, with only three sensors (48 Mp, 50 Mp and 2 Mp). However, Hasselblad is still in the game when it comes to software processing, which still makes it very promising in this segment.

And you, are you tempted by these new OnePlus? If so, which one are you eyeing? Are you going to go for the most upscale model? Tell us in the comments !