After an intense day full of conflicts, nothing better than being able to rest in the comfort of our bed, right? However, this daily practice can trigger some problems that will literally keep some people from sleeping because of a complex issue: sleep paralysis (which happens when we least expect it).

Despite this, this neurological disorder is quite common and has already been widely researched among health professionals. So, it is important to be aware of all the signs that our body gives us daily, as this issue can also mean something deeper that needs to be addressed. Warning.

Curious about the subject? So stay tuned for all the information that we will cover throughout this text! 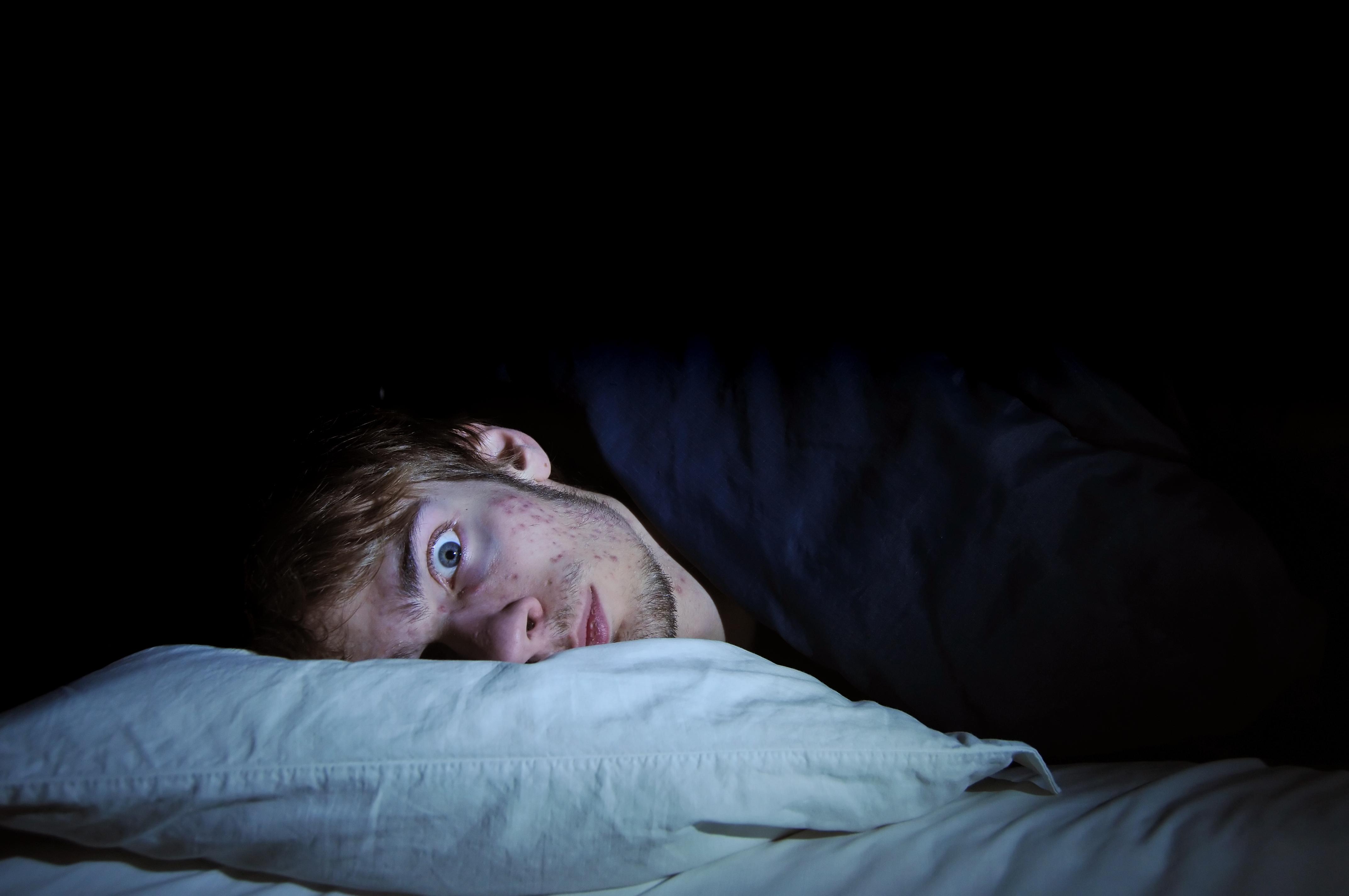 Sleep paralysis is a disorder that mostly affects young adults between the ages of 20 and 30. (Shutterstock/Reproduction)Fonte:  Shutterstock

What is sleep paralysis?

Sleep paralysis can develop before an individual is able to sleep effectively or within moments of waking up. Although consciousness has already been awakened, leaving the mind alert, the body still appears to be sleeping. Therefore, the person cannot move, even though their neurons are actively working to do so.

As this situation is quite strange and uncomfortable, in general terms, a few seconds of paralysis can turn into a torrid nightmare, given that there is a lot of room for hallucinations to occur at that moment.

Eventually, you must have heard a story of a person who slept peacefully and then suddenly woke up but couldn’t move, right? From that point on, some deformed monsters appeared to attack her, causing moments of extreme anguish, considering that it was not possible to move in any way to get out of that situation.

The paralysis itself happens because of a failure of communication between the brain and the body during the resumption of consciousness before or after falling into deep sleep. This occurs when one of them, usually the body, has a short delay to respond to neural stimuli, generating a momentary stoppage. 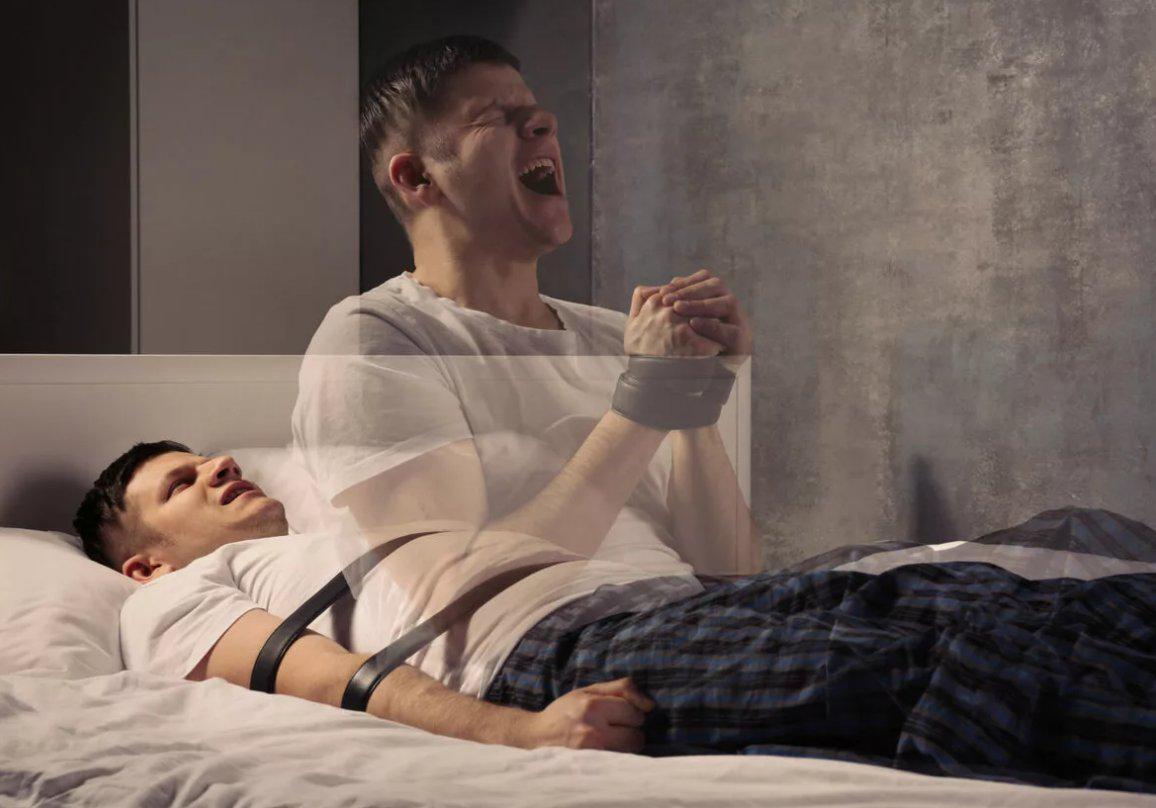 Anyone who has gone through an episode of sleep paralysis guarantees that the sensation is quite uncomfortable and distressing. (Shutterstock/Reproduction)Fonte:  Shutterstock

Healthy sleep has some phases that need to be completed every night. During most of them, the brain relaxes the muscles in our body to conserve our energy and prevent us from moving in a dangerous way while our unconscious is in charge.

This situation is so alarming that our brains can’t calm down, and the feeling that something or someone is choking us at close range can be frightening on many levels. This disorder is quite common among young adults, aged between 20 and 30 years, as individuals in this age group tend to have major problems related to sleep quality.

What are the most common causes and symptoms of this disorder?

As mentioned, constant problems with sleep quality can cause sleep paralysis at some point in life. So, if you cultivate unhealthy habits, maybe it’s time to review some choices, especially since stress and sleep deprivation are some of the issues that are most linked to this uncomfortable paralysis.

In addition, irregular sleep schedules or very sudden changes in routine that make individuals increasingly tired can also be an aggravating factor, as can having a history of psychiatric or neurological diseases. Experts also recommend that if you’ve ever had an episode of sleep paralysis, avoid sleeping on your stomach. 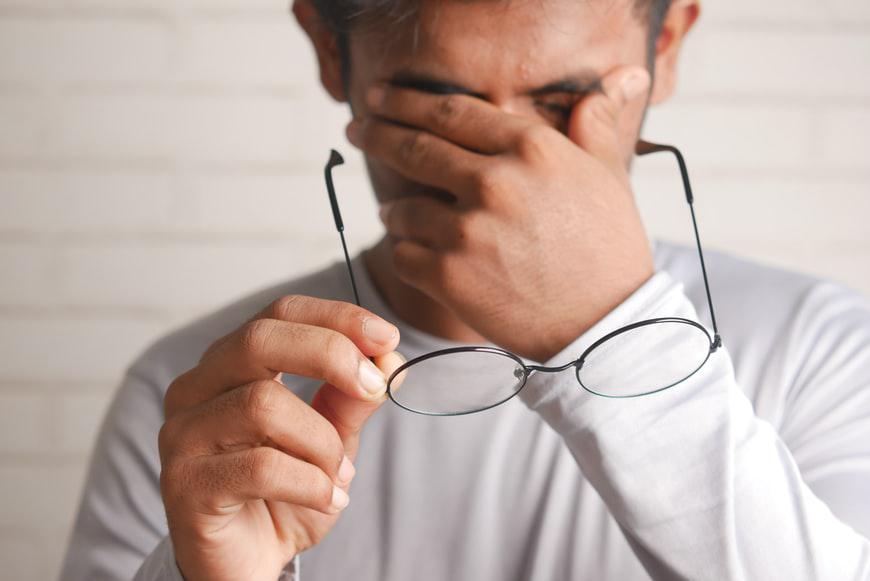 Although it seems like a terrible event, many people cannot remember if they have ever had sleep paralysis, but it is also important to notice some symptoms that indicate the presence of the disorder in their routine, such as constantly dreaming about falling or drowning, having auditory hallucinations, feeling constant anguish, fear and insecurity, in addition to shortness of breath.

How to prevent sleep paralysis?

It may seem difficult, but if an episode of sleep paralysis happens to you, try to think that it won’t take long to pass. The greater the calm, the fewer hallucinations or bad sensations may occur. Even though it is not considered effectively dangerous, as there is no impairment of vital organs or breathing, the disorder is uncomfortable and indicates that sleep needs improvement.

To do this, you can reinforce some daily habits, such as increasing your fluid intake, especially water, avoiding energy drinks at dusk — coffees, soft drinks, alcoholic beverages, among others — and setting a fixed bedtime. Even if you are not sleepy at that time, try to go to bed at the stipulated time, as the habit is being built. gradually.

Liked? So take advantage of all our tips to always stay healthy!