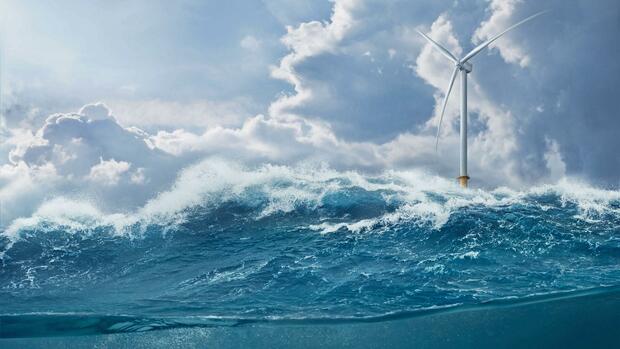 But three years after the merger, the German-Spanish joint venture has still not started. The opposite is the case: one profit warning follows the next. The story of Siemens Gamesa is that of incomplete integration in an increasingly difficult market. Siemens has now taken action and replaced the CEO.

Wind power was the first of several sectors that Siemens removed from the group. The idea behind this was that independent units are more agile and faster than a cumbersome large corporation. But the opposite was the case with the German-Spanish union, at least from the perspective of the Spaniards.

“Gamesa was as reliable as clockwork before the merger,” says analyst Ángel Pérez from the Spanish investment bank Renta 4. The division, which primarily specialized in the business with onshore wind turbines, has always met its goals, mostly even overfulfilled.

Gamesa stood for an extremely high degree of flexibility, with which the group has found its way in every market in the world, even in China. “Apart from Vestas, there was no other company in the world that was as well positioned as Gamesa,” says Pérez. “After the merger with Siemens, the processes became more cumbersome, it is said in the market. There must have been an internal management problem. ”

The German reading is of course different. In Munich, many are convinced that the problems are more likely to be found on the Spanish side. In the past three years, it was not possible to transfer the good development in the offshore area, which Siemens had brought into the partnership, to the onshore area of ​​wind turbines on land, in which Gamesa was strong, according to the environment from Siemens Energy.

Just last week the company warned that it would be in the red in the current quarter and probably also in the full year. The rating agency Moody’s is already reviewing a downgrading of the group’s credit rating. If this were to happen, the company would drop to junk level.

The group attributed the latest profit warning to the stagnating Indian market and delays in onshore projects in Northern Europe. They now want to get a better grip on risk management in all lines of business. “This is an absolute priority,” says the joint venture’s supervisory board.

The Group can hardly make former Gamesa managers responsible for the onshore problems: The former Gamesa leadership left the joint venture shortly after the merger. Former Siemens managers are currently filling six of the top 15 jobs, with only two posts filling former Gamesa executives. The new CEO Andreas Nauen also comes from Siemens, as does the former CEO Markus Tacke. The rest are newcomers without a Siemens or Gamesa past.

In Munich, however, one is convinced that Nauen, who most recently headed the overall successful offshore business, was the right manager to make the crisis-ridden onshore business as fit as the offshore division. Nauen also had his own capital market experience as ex-CEO of Senvion.

But with Iberdrola there were problems right from the start. CEO Ignacio Galán went on the barricades several times and complained that Siemens was managing the joint venture like a German branch. Experts in Madrid argue that Galán saw what went wrong in the group and therefore made a sound.

Siemens, on the other hand, is convinced that the problems of the past few years also had something to do with precisely these power struggles. According to Siemens reading, Galán found it difficult to get used to the smaller influence in the new group. With numerous special rights, he could make life difficult for Siemens.

Galán’s attacks were also promising for him financially: if he had been able to prove to Siemens that the group violated the merger agreement, Siemens would have had to buy out Iberdrola at a high premium to the current market value. This is exactly how it came about in the end, but not because of breaches of contract. In February Siemens Galán paid 20 euros per share, an increase of 32 percent on the stock exchange price.

Reaching through has been easier since then. With Galán, his son-in-law David Mesonero also left Siemens Gamesa as CFO. Among other things, Mesonero was responsible for the integration of the two companies. Now substitutes for him and for the post of the offshore board must be found, then the team can start again, it is said in Siemens circles. According to the Handelsblatt, there is a shortlist of candidates for the post of chief financial officer.

Bumpy road to the IPO of the Siemens energy division

The clean-up work shows that the patience of the new Siemens Energy boss Christian Bruch is limited. This is also due to the fact that the timing for the new problems at Siemens Gamesa is extremely unfavorable. Siemens plans to launch the energy technology division at the end of September by means of a spin-off.

The split is not a particularly good star anyway: criticism of Siemens’ comparatively small involvement in the controversial coal mine in Australia scratched its reputation, business in the power plant division continues to do poorly, and then the designated Siemens Energy Boss Michael Sen and CFO Michael Patzak take his hat off in the dispute over the methods of separation.

Siemens can therefore not use any other bad news from the wind power subsidiary. When preparing for the IPO, the group advertises that the new company has a unique portfolio to accompany the transformation of the energy sector from conventional to renewable energies. Because Siemens Energy sells conventional gas power plants as well as the wind turbines from Siemens Gamesa.

However, the entire industry has struggled in recent years. Above all, it was under price pressure for onshore investments due to the decline in government subsidies. In the area of ​​Siemens leadership, however, this is also seen positively: with the merger, they participated early in the consolidation of the industry. The current crisis will hit weaker competitors sooner and thus further clean up the market.

But above all, the long-term perspective of the business is positive. “There is hardly any other industry that will have such favorable framework conditions in the future,” says a Siemens manager. The world’s energy demand will continue to increase, and the wind industry is still young and little industrialized in manufacturing. “There is an impulse for growth and there is still a lot that can be done for productivity,” says the company. In any case, double-digit return on sales should be possible in the longer term.

After all, there is no shortage of orders: at the end of March the order backlog was 28.6 billion euros, 21 percent above the previous year. Even Iberdrola is one of the customers: the Spaniards recently selected the joint venture as a supplier for an offshore wind farm in Brittany with an order value of over one billion euros.

At Siemens, some believe that the cultural differences were simply too great. Both sides would have had their strengths. Siemens is more process-oriented and cautious, but also slow. Many decisions were made faster at Gamesa. Now you have to combine the best of both worlds. However, that was the plan three years ago.