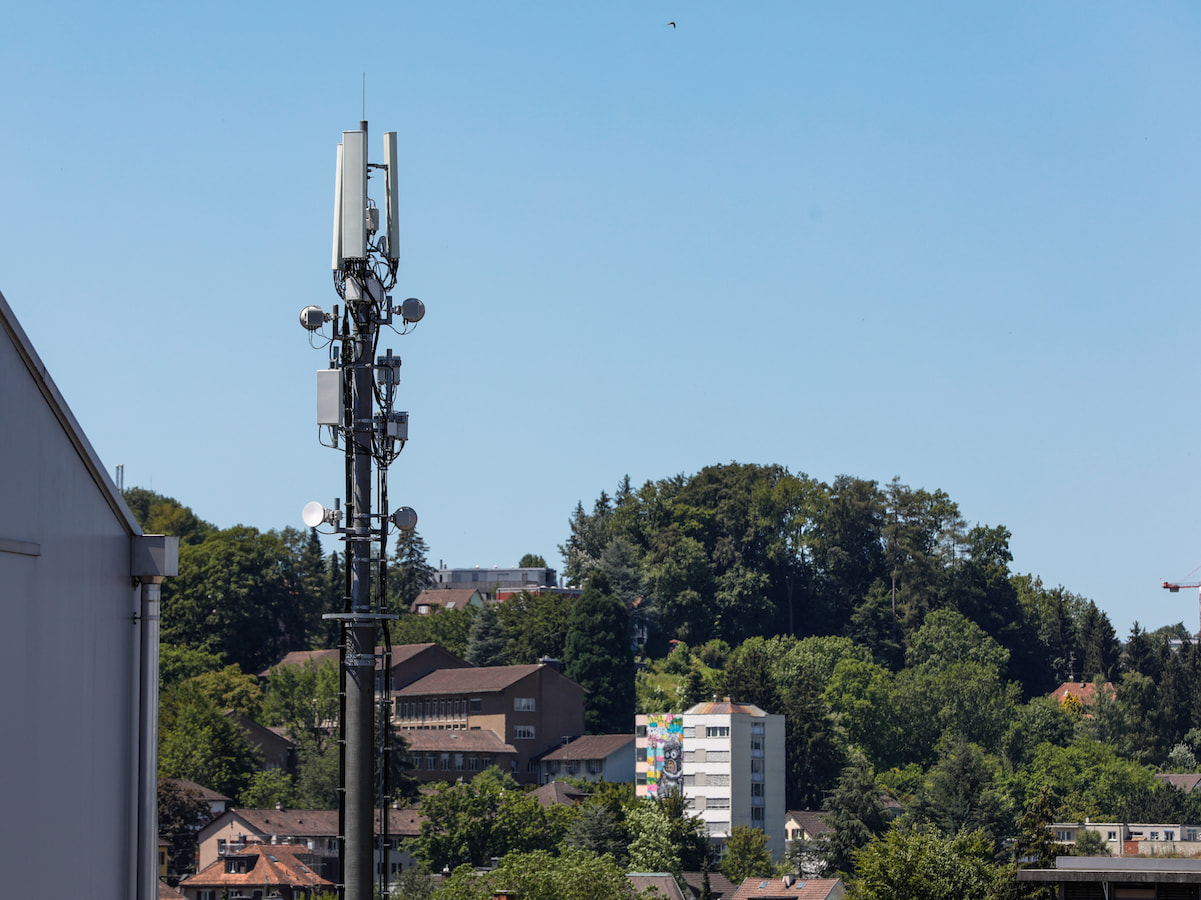 In Germany, Telekom (and Vodafone) have just started the 5G era. In Switzerland, where the network operators have been active on 5G for a while, the switch-off of 2G (GSM) has already started.

Our report was triggered by messages from Swiss readers, who all agree that the third largest provider Salt (former Orange Switzerland) has already completely switched off the GSM network. We have not yet received a statement from Salt.

We asked not only at Salt, but also at all three Swiss network operators.

Swisscom: “2G at the end of the year”

GSM will be switched off in Switzerland from 2020. The picture shows a Sunrise mast that will continue to transmit GSM until the end of 2022.
Photo: PPR / Aladin Klieber / sunrise.ch

The market leader Swisscom will put its 2G network out of operation at the end of 2020, a spokeswoman for the company told us, but guarantee the service throughout Switzerland until the end of the year.

Swisscom had repeatedly published public information about the shutdown of 2G since 2015. In Bern, it is assumed that the customers are informed about this. They have been and are repeatedly reminded of replacing their old 2G cell phone or their 2G-based M2M (machine) application as soon as possible, but by the end of 2020 at the latest, with newer technology.

Existing 2G customers were and are informed via SMS, e-mail and letter mail and “supplied with special offers”, said the company, which also operates an information page on 2G shutdown.

At Swisscom, we also asked about the future of 3G (UMTS). This “guarantees Swisscom at least until 2024”, but an exact shutdown date is not yet planned. Swisscom promises to inform its customers of a planned shutdown at least three years in advance when the date is fixed.

The second Swiss network operator Sunrise had already announced in 2017 that it would switch off the outdated 2G technology (GSM / GPRS / EDGE) by the end of 2018. At the time, this was considered justifiable because the majority of private and corporate customers are now equipped with 3G / 4G and 5G-capable devices and could benefit from the new technologies.

Sunrise emphasizes that its 4G mobile network currently covers 96.7 percent of the country’s territory and over 99.9 percent of the Swiss population. Sunrise plans to continue expanding 5G in the current year and has supplied 554 cities and locations in Switzerland with “Highspeed 5G” since the beginning of June.

2G remains in demand at M2M

However, some companies still use 2G-based machine-to-machine (M2M) services. Therefore, Sunrise already developed a software solution with its technology partner Huawei in 2018 that allows 2G services to continue to be offered (S-RAN technology). Thus Sunrise will provide 2G (GSM) mobile radio services until at least the end of 2022. Depending on the requirements of the business customer concerned (B2B customer), an individual solution for the customer will be developed, said Sunrise.

Sunrise currently has no plans to switch off for 3G. Even if 2G and 3G hardly transmit any relevant data volume today, over a third of the mobile phone calls are still made, especially via 3G, and there are still many M2M applications with 2G and 3G modems.

What does a customer have to consider now?

A mobile phone customer who wants to make a mobile phone call in Switzerland with a historical baby (perhaps an original Nokia 2110 or 3310 of the first generation?) Will come across the message “No network” depending on the provider selected.

Roaming customers with a pure GSM device would only find the GSM network from Sunrise in the network search from 2021 onwards. And when Sunrise switched off the GSM switch in 2023, you won’t find “a” network “with such a device. GSM was started in Switzerland and Germany in 1991/92, 30 years ago.

So if you are planning a trip to Switzerland, you should pack at least one cell phone that is capable of 3G (or 4G). As long as VoLTE roaming is not yet universally standardized and approved, you will be able to surf abroad with 4G (if your own contract provider allows it), but “may” make calls with 3G.

International 5G roaming is already here and there and the number of agreements will soon increase.
There currently do not seem to be any concrete plans to switch off GSM in Germany.