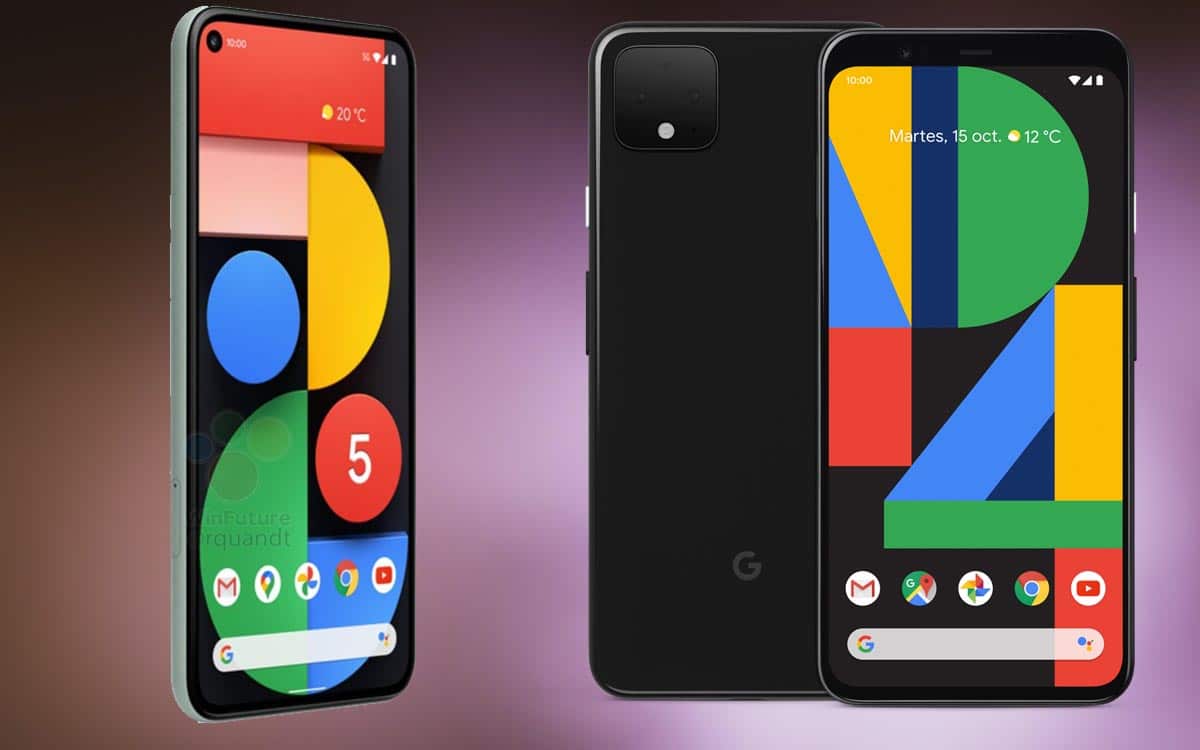 The Pixel 5 has finally been announced by Google, which has put some effort into the price and design of the smartphone, but had to seek compromises elsewhere. What are the differences with the Pixel 4 released a year earlier? Is it worth it to change your mobile for this new Pixel 5? Here’s what you need to know before you make up your mind.

During a product presentation conference during which we also discovered the new Chromecast with Google TV interface as well as the Pixel 4a 5G, the Mountain View firm presented its new flagship, the Pixel 5. We are witnessing a clear change in strategy made by Google for its range of smartphones, which moves away from the high-end market that it is difficult to compete with, to refocus on the mid-range. So thatone comes to wonder if the Pixel 5 is really better than its predecessor the Pixel 4.

As usual, here is a general overview of the differences in technical specifications between the Pixel 5 and the Pixel 4 before going into more detail in the rest of this comparison.

We realize that the Pixel 5 takes several elements already present on the Pixel 4. And when the components change, it is not always for the better.

With the Pixel 5, Google finally buries the big borders

Pixel smartphones have many qualities, but their design is not historically one of them. While the bezel-less has become a standard on the high-end Android and many mid-range or even entry-level mobiles sport thin borders, the Pixels have always been one step behind at this level. This is the case of the Pixel 4 of 2019, whose screen is anything but edge to edge, with to make matters worse a thick border at the top to house the 3D scanners of the device. The Pixel 5 seems to be much more modern and in line with its time. To save screen space, Google opted for the punch in the upper left corner of the screen to house the front photo sensor.

In terms of materials, few changes. Pixel 5 and Pixel 4 all come with an aluminum frame and a glass back. The slab Pixel 5 is protected by Gorilla Glass 6 from Corning, while the Pixel 4 is satisfied with the previous generation, the Gorilla Glass 5. Both mobiles are certified IP68 resistant to water and dust.

At the rear, little change, the top left cooking plate is resistance. The Pixel 5 has a fingerprint reader on the back of the smartphone, while the Pixel 4 has none, containing facial recognition with its 3D ToF sensor.

Pixel 5 and Pixel 4 both have a screen based on OLED technology, which provides better contrasts, deeper blacks, and allows the Always-on display feature to continuously display information such as the time, the date, battery level or new notifications. We also find the same refresh rate up to 90 Hz.

The diagonal of the Pixel 5 panel reaches 6 inch, against 5.7 inches for the Pixel 4. On one as on the other, it is an FHD + definition which awaits us, with a little more pixels on the Pixel 5 (1080 x 2340) than on the Pixel 4 (1080 x 2280 pixels) to compensate for the increase in screen size. But the Pixel 4 still maintains a slightly higher resolution of 444 pixels per inch, against around 432 ppi for the Pixel 5. The latter adopts a slightly more elongated format of 19.5: 9 against 19: 9, made possible by the disappearance of the upper border.

The Pixel 4 more efficient than the Pixel 5?

To contain the price of its Pixel 5, Google has made an important concession: it is deprived of Qualcomm’s high-end Snapdragon 865 SoC and is content with a mid-range chip, the Snapdragon 765G. For its part, the Pixel 4 is equipped with Snapdragon 855, the SoC of premium smartphones of 2019. So who will perform better between the high-end of 2019 and the mid-range of 2020? On the benchmarks, there is no doubt that the Pixel 4’s Snapdragon 855 chip does the best and promises significantly better performance. We hope that Google will succeed in optimizing its Pixel 5 with small onions to fill this gap. Another good point: the Pixel 5 is 5G compatible, which was not the case with the Pixel 4.

The newcomer can also count on 8 GB of RAM, while the Pixel 4 embeds 6 GB RAM. As for storage, the Pixel 4 offered 64 or 128 GB of internal memory depending on the variant, where the Pixel 5 does not give the choice, it is 128 GB. Neither mobile has a microSD card slot in order to ‘extend this native capability.

With the Pixel 5, Google is finally thinking about autonomy

Here again, Google is moving away from what made for the “originality” of its smartphones to be inspired by the Android competition: no more low capacity batteries, we finally go to a more acceptable level. The Pixel 4 2800 mAh thus seem very ridiculous in the face of Pixel 5 4080 mAh, which should benefit from a much more substantial autonomy than its predecessor, which was particularly fishing on this point. 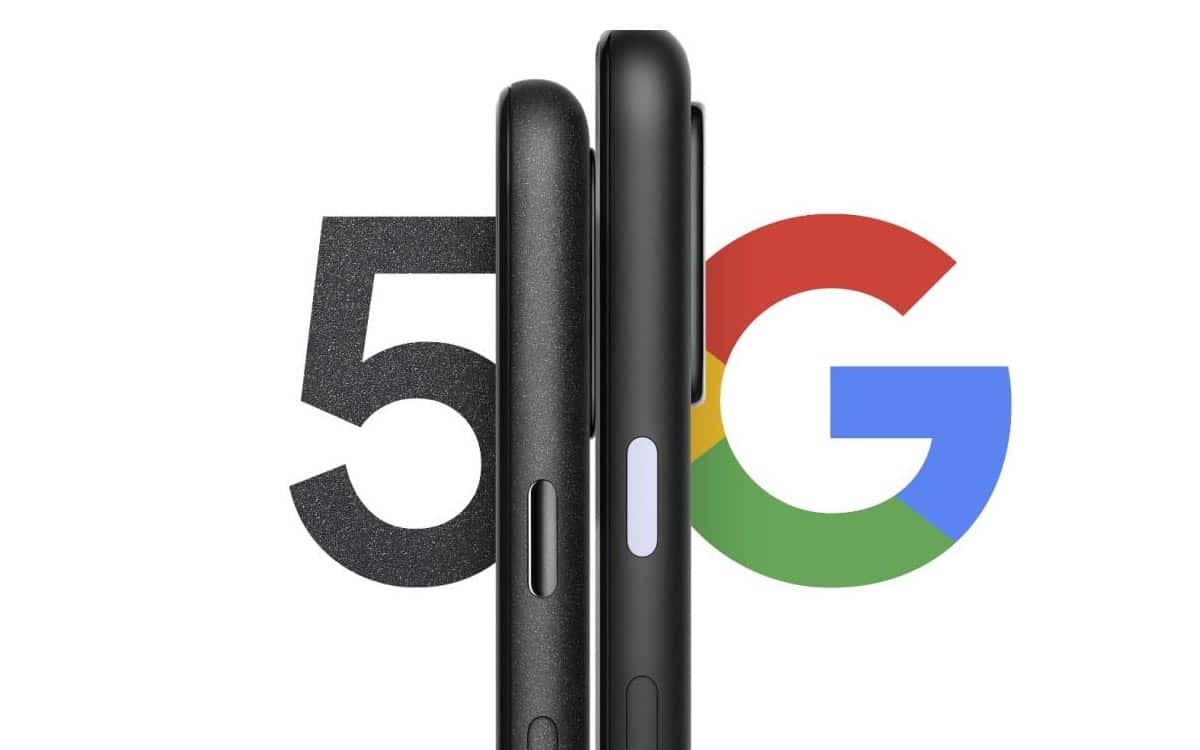 Pixel 5 and Pixel 4 are equal in photos

Pixels are great camera phones, and yet it’s not really the devices that benefit from the best hardware. But it’s Google’s soft key that makes all the difference and so the Pixel 5 is expected to deliver results close to those of the Pixel 4. 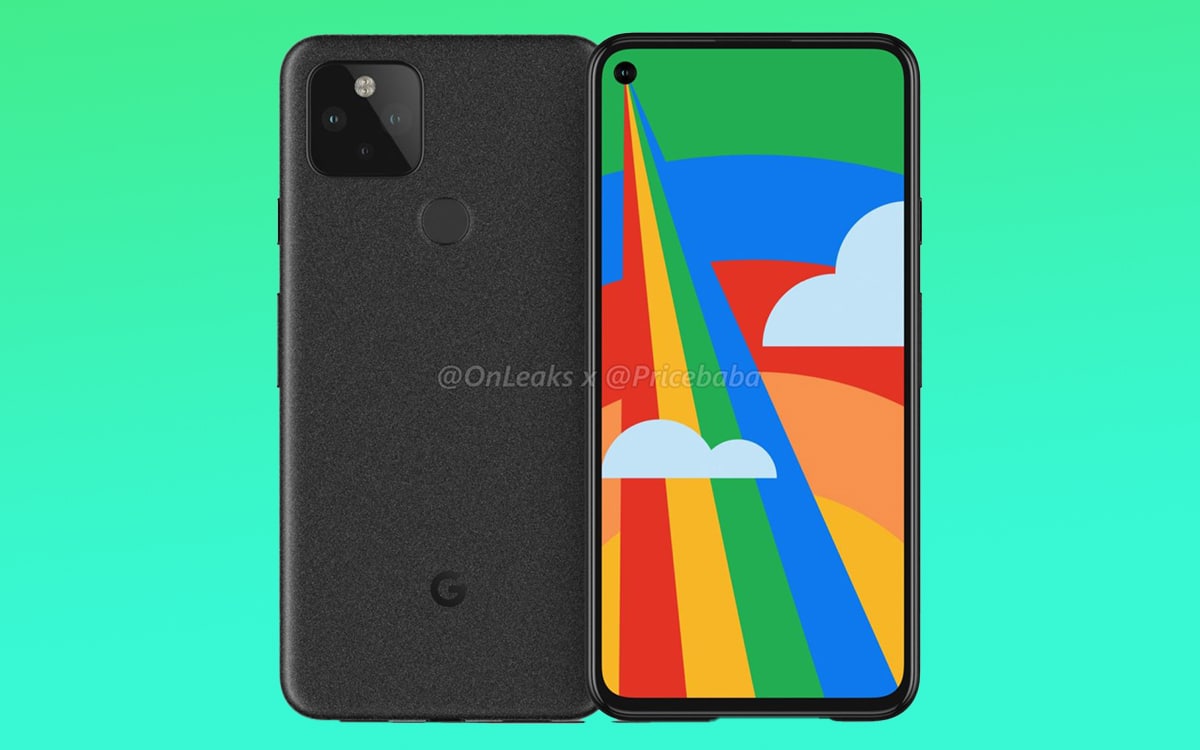 Especially since the material has changed little between the two generations. We even have the identical main photo sensor: 12.2 MP, f / 1.7, 27mm, 1.4µm with phase detection autofocus and optical stabilization. He is accompanied on the Pixel 5 with an ultra wide-angle sensor 16 MP, f / 2.2, while the Pixel 4 offers a telephoto lens 16 MP, f / 2.4 allowing 2x optical zoom. We should therefore lose zoom quality on the Pixel 5, but gain an ultra-wide-angle function which can be very practical in certain situations. It’s up to you to see which need is the most important according to your habits.

For selfies, video calls and facial recognition, the Pixel 5 relies on an 8 MP, f / 2.0 front module, as on the Pixel 4. The latter is also equipped with a particularly powerful ToF 3D scanner for augmented reality. , the safety and efficiency of facial recognition and non-touch gesture navigation.

One more year of Android update on the Pixel 5

Google offers three years of software tracking on these devices, when it comes to feature updates at least. Released on Android 10, the Pixel 4 will therefore be upgraded to the next three major versions of Android. The Pixel 5, launched under Android 11, is in the same case, and will therefore receive an additional update since it was released a year later.

Since the Pixel 4 can already take advantage of Android 11, there are few differences to note with the Pixel 5 on the interface and functionality side. Some options from the latest update are exclusive to the Pixel lineup for now, but both Pixel 5s and Pixel 4s have access to them.

The Pixel 4 was marketed when it was released at a price of 769 euros for the version with only 64 GB of storage. It is now found cheaper on some marketplaces, but Google has stopped selling them on its official website.

We spoke about it at the beginning of the article, a change in strategy for the American group which no longer seeks to position itself in the premium segment too dominated by Samsung and Apple in particular. Some sacrifices were made on this Pixel 5, especially at the chip level, to lower the price of the device, sold 629 euros at launch. It’s cheaper than a OnePlus 8 or a Xiaomi Mi 10 for example, proof that Google is also trying to scrape market share from Chinese manufacturers. A pre-order offer (between September 30 and October 14, 2020) gives you a free gift of a Bose QC35 II headset worth 249 euros, an attractive offer if you are interested in such a product.