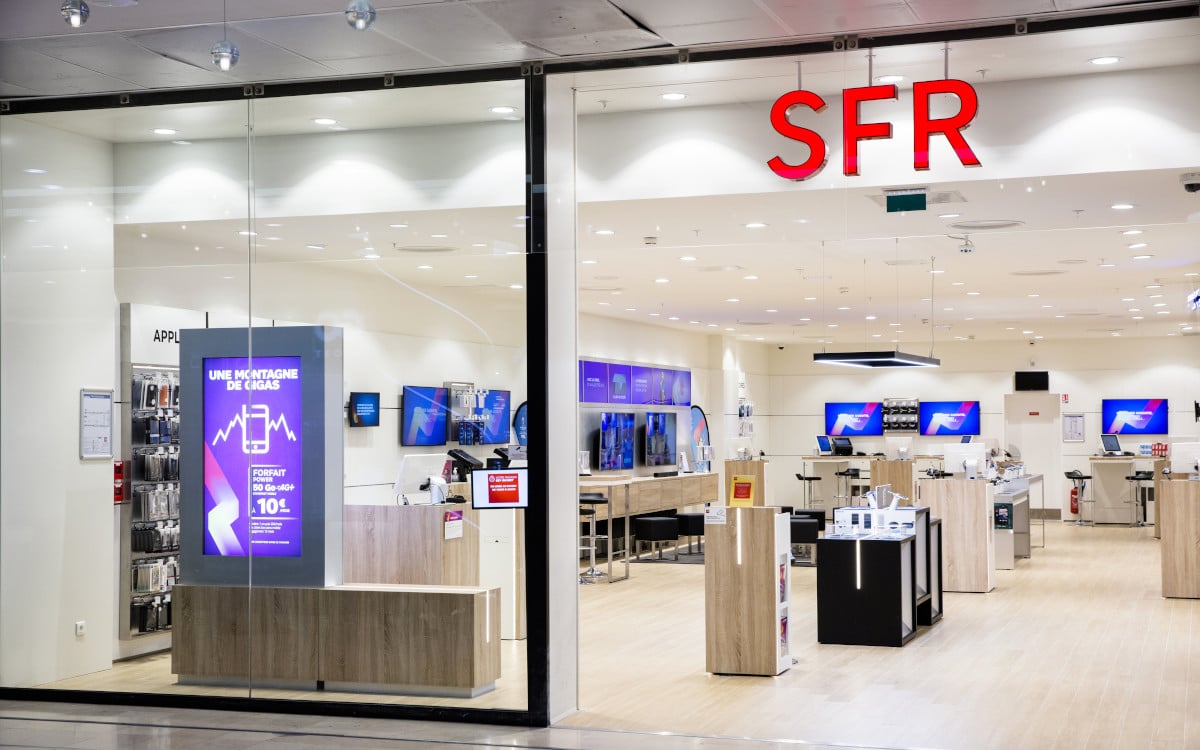 SFR was ordered last week to send a mail to its customers connected to its “optical fiber” network with a wired termination. As justice considers that the latter have not been properly informed about the nature of their domestic connection, they will be able to disengage from the operator without charge or delay. A fine of 500,000 euros per day accompanies this obligation.

This is a case that has dragged on for several years: Orange and Free filed a complaint against SFR in 2015 because the operator in the red square promotes “fiber optic” offers even with households that are connected by coaxial cable, with the old Numéricable network. The two plaintiffs then asserted that SFR should not have the right to call optical fiber which was not. In January 2018, Justice ruled in favor of the complainant, finding that SFR was guilty of a “lack of information on the exact characteristics” of their connection. And, above all, the operator had to inform customers connected with a coaxial cable, that they were entitled to cancel their subscription, unilaterally, immediately and without penalty.

SFR obviously appealed against this decision, asking that the procedure be suspended from the conviction. But the courts took “the consumer’s side” and ordered the operator to comply with the judgment. SFR therefore sent at the end of 2018 an information letter stipulating that there are two types of connection: FTTH and FTTB, specifying that, in the second case, it is possible that a coaxial connection is used to connect the housing to the optical fiber and that the cable length could be between 100 and 750 meters. In notices in characters one millimeter high and inserted at the bottom of the page, SFR informed customers that cable subscribers could opt out.

Free therefore returned to the charge by asking SFR to further clarify the commercial discourse and announce in readable form (without using a microscope) that cheated customers could cancel their subscriptions. Last week, a new judgment was thus pronounced against SFR, information revealed by the weekly Capital. The operator must send the customers concerned a letter offering them the right to cancel their subscription. This letter should not be printed in small type. And if the operator lags too much, he will have to pay a fine of 500,000 euros per day of delay.

This matter is very important. Because there is an obvious lack of respect for consumers on the part of SFR, which is trying to assimilate, both with customers and members of Parliament, the coaxial connections with optical fiber. By presenting an FTTB connection (Fiber to the building) similar to an FTTH connection (Fiber to the Home) and by arguing that a coaxial link falls into the very high speed category, SFR hopes to take advantage of the network inherited from the merger with Numéricable, which two years ago constituted most of its broadband network. Unfortunately, behind the marketing discourse there is a simple truth: false fiber with coaxial cable does not offer the same speed as an optical fiber.

Deception on the merchandise

And yet, at no time, SFR explains that a coaxial link will present a lower speed. The company therefore sells at a high price an installation of lower technical quality by presenting it as a “Fiber offer”, a “Fiber box” and a “Very high speed” connection. And this is obviously what is criticized by the courts. Fortunately, since 2016, the use of the term optical fiber has been regulated by a ministerial decree which logically prevents SFR from selling a partly coaxial connection for an optical fiber connection. A decree against which the operator obviously fought.

As a reminder, an FTTH link is a 100% optical fiber link, from the network node to the subscriber’s home. An FTTB link is an optical fiber link to the foot of the building. From there, another type of cable is used. This is usually a coaxial cable (which is used to provide television services). The port is easily recognizable: it is the one you use to connect your TNT tuner. The coaxial network is a legacy of Numéricable, whose pangs of providing Internet access in the early 2000s are still in the memory of many users. Around nine million homes are connected to very high speed through this network. SFR counts 2 million “very high speed” subscribers, distributed in optical fiber, coaxial and 4G box.