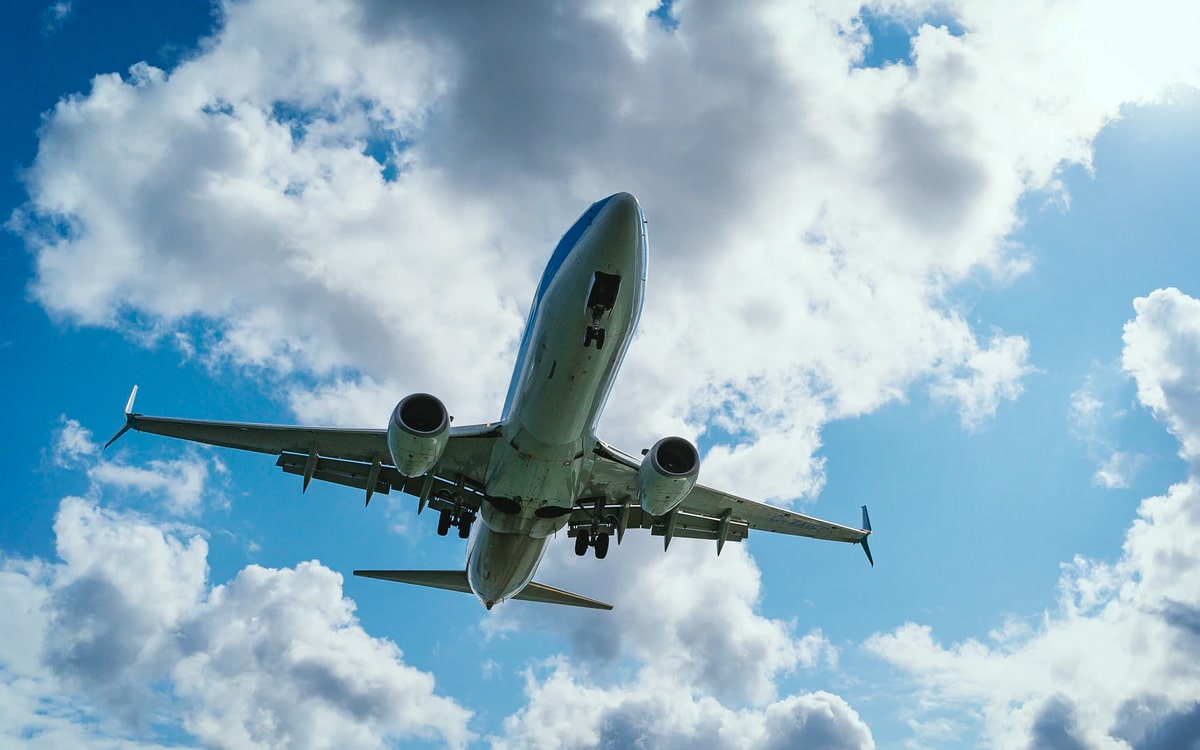 Starlink could soon deliver very high speed satellite internet on board airplanes. The FAI is currently in discussions with “several” airlines. The arrival of Starlink on planes could be a real game changer. Currently the satellite connection of planes is too limited to allow a really comfortable use of the internet in the cabin.

In recent years, some airlines offer, on certain routes, paid internet access in the cabin. You usually have to pay a premium price for this access, and if you’ve ever had a chance to use it, you may have noticed that the flow rates are nothing extraordinary, it’s an understatement. So that certain uses of the Internet are quite simply prohibited.

In particular, you cannot not make audio or video calls, watch streaming videos or download a series in the middle of the Atlantic. but that may soon change thanks to Starlink. The ISP’s access offers a speed of around 150 MB going down all with a very low latency. For now, airlines offering on-board internet access must rely on existing companies, such as ViaSat, which only have a small number of satellites placed in very high orbits.

Starlink has been developing special access for airplanes for some time

The result ? The latency is a disaster, the speed is at best “modest”, not to mention the stability of the connection in a constantly moving plane. Starlink therefore explains that it is in the process of developing a specific product intended for “Earth stations in motion” as the company likes to designate this new type of access – but which could also be suitable for trains, boats or even personal vehicles such as motorhomes.

The Starlink satellite constellation is by far the most comprehensive project to date, with no real point of comparison. There are already nearly 1,400 satellites in orbit, which is no longer so far from the initial gamble of deploying a constellation of 1,600 satellites. This number will also continue to increase until the next level of 4,400 satellites – all placed at an altitude of between 550 km and 1,300 km.

It is already possible to test this access in beta. But as the first users noticed, it is currently only possible to use the access in a defined geographical area. Suddenly, impossible to take your antenna with you, for example on vacation. Elon Musk explains that this is not a voluntary limitation, but a feature of how Starlink works.

To deliver internet access to moving stations, Starlink must therefore employ new technologies. Last year, the firm filed with the FCC for such devices. Last Friday, a new request asks the FCC to authorize the deployment of this new system in five American states.

Jonathan Hofeller SpaceX vice president in charge of Starlink explains that the ISP “Is in discussions with several airlines” : “We have our own aviation product in development… we have already done some demos to date, and we hope to finalize this product for installation on board airplanes in the near future”.

But there is still work to be done. The current Starlink constellation does not yet use all of the technologies SpaceX teased. The connection only works on the continents, because the satellites do not yet communicate with each other via laser beams. This is why Jonathan Hofeller explains that “The next generation of our developing constellation will have this satellite connectivity”.

Jonathan Hofeller adds: “Ultimately consumers and air travelers want a good experience that geostationary systems simply cannot deliver. It is up to each airline either to correct this or to say that they are ok with a system that does not meet the demands of their customers ”.

For the moment still in the beta phase, Starlink’s satellite internet access is available in France subject to eligibility, for a price of 99 euros per month. You must buy, in addition, a kit at 499 euros containing a high tech parabolic antenna as well as the very high speed router of the service.. In France, this type of access could help rural areas to reduce the digital divide more quickly.