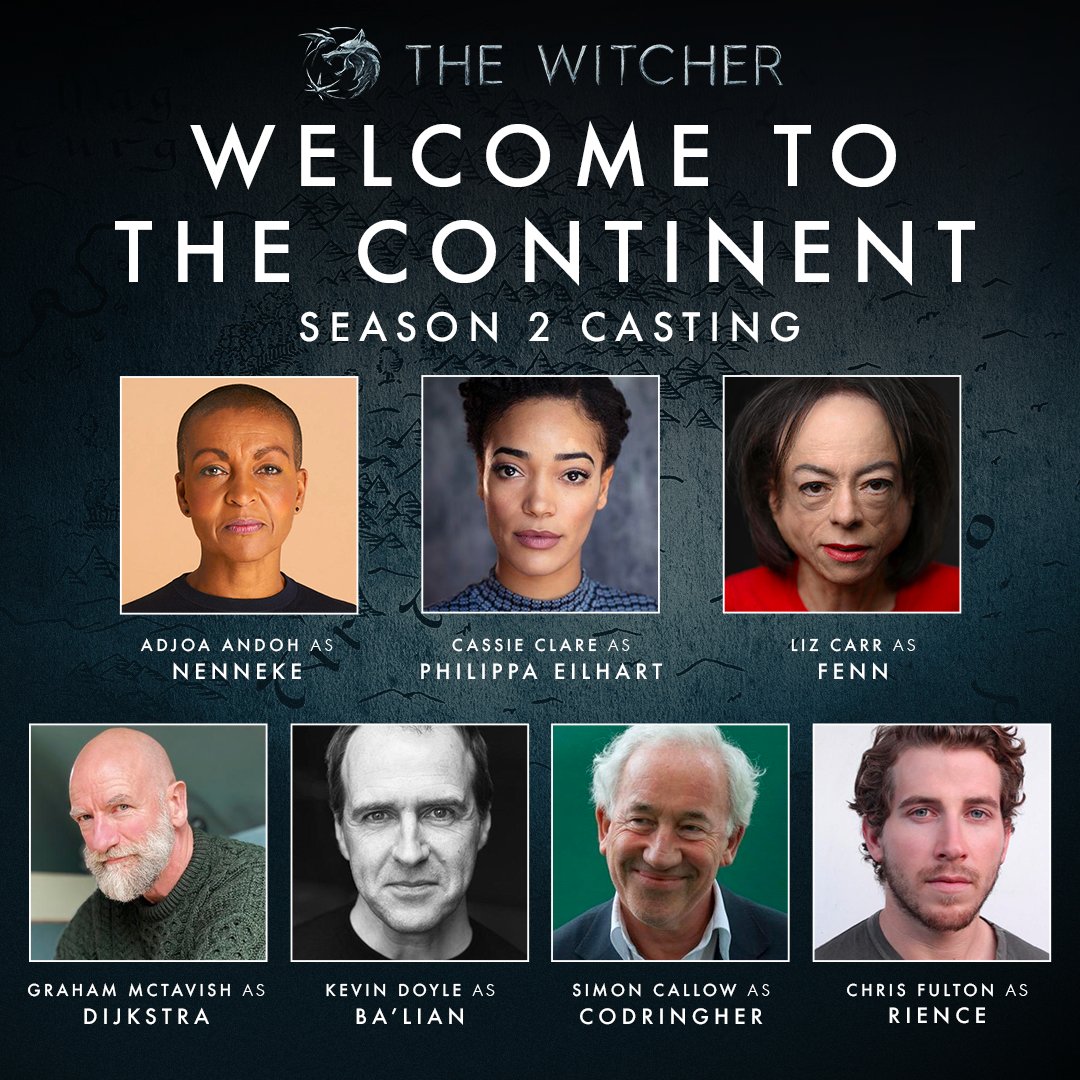 Season 2 of The Witcher is starting to make people talk about it. Several months before the Netflix broadcast, part of the cast was officially announced. 7 actors will come to join Henry Cavill and Anya Chalotra on the continent, the medieval world where Geralt de Riv officiates. We take stock of the characters confirmed by Netflix, including the famous Nenneke, Dijkstra and Philippa Eilhart.

After the thunderous success of season 1 of The Witcher, Netflix quickly embarked on the development of a second season. This second salvo of 8 episodes will tell the journey of Geralt de Riv and Ciri, chased by the Nilfgaardians, to Kaer Morhen, the bastion of the witers. There, Geralt will find comrades like Vesemir, his wise mentor, or Lambert, a gruff but faithful witcher.

During this second season, other characters will come to inflate the plot. In a tweet published this Monday, March 22, 2021, the official account of the Netflix series announced the arrival of 7 new well-known characters fans of the saga. “Friends and enemies are gathering from all over the continent” tease the account.

Adjoa Andoh (The Chronicle of the Bridgertons, Invictus, Doctor Who) embodies Nenneke, the priestess of the Melitele temple. In Andrzej Sapkowski’s novels, Geralt de Riv regularly finds refuge with the priestess after a difficult fight. “She has treated many travelers, including Geralt de Riv, with her essences, ointments and sound advice” explains Netflix.

Netflix then announces the entry into the scene of Philippa Eilhart, main advisor to King Vizimir of Redania. The witch is renowned for pulling the strings of politics from behind the scenes. The character has appeared in the game The Witcher 3: Wild Hunt in particular. In the series, she will be embodied by Cassie clare (Mamma Mia !, Beauty and the Beast, Delicious).

Sigismund Dijkstra, another flagship character of The Witcher 3: Wild Hunt, will appear in season 2. Incarnated by Graham McTavish (The Hobbit, John Rambo, Preacher), Dijkstra is the head of the Redanian intelligence secret service. A true criminal mastermind, he maintains a friend / foe relationship with Geralt de Riv. “His impressive style and physical strength are superior to his knowledge of kings and magi” points out Netflix.

Netflix does not hesitate to add characters absent from the novels to its series. This is particularly the case of Ba’Lian. It is about an elf who found refuge in an unknown territory of the continent after the battles of the end of season 1 in the North. The character is described as “Courageous and passionate”. Ba’Lian is performed by Kevin doyle (Dowtown Abbey, Rochester, the Last of the Libertines, Inspector Barnaby).

Then let’s move on to Rience. This formidable mage is a ruthless sleuth. In the original novel, he is sent by Vilgefortz de Roggeveen to hunt down Ciri after the Cintra massacre. In the series, “Rience is employed by a mysterious lord in order to find the trace of a precious jewel”. The wizard is expected to cross paths with Geralt of Rivia at his own risk. This is the actor Chris Fulton (Bridgerton, Clique, Succession) which will lend its features to the character.

Finally, Netflix announces the arrival of Fenn and Codringher. In the novels, the duo are at the head of a law firm known for their efficiency and their unsavory practices. “Codringher and Fenn take care of information: gathering, knowing, revealing and even burying, at the right price” Netflix tease. Fenn is embodied by Lizz carr (The OA, Silent Witness, Les Misérables) while Codringher will appear as Simon callow (4 weddings and a funeral, Inspector Barnaby, Shakespeare in Love).

On the same topic: Netflix is ​​preparing an animated film following the success of The Witcher series

As a reminder, the second season of The Witcher is not expected before end of 2021, or even beginning of 2022. The production of the series has encountered several pitfalls in recent months, including the injury of Henri Cavill during a scene. Note also that the filming is currently progressing in slow motion because of the sanitary measures in force against the Covid-19. What do you think of the introduction of these new characters in the show? We await your opinion in the comments below and we tell you more as soon as possible about season 2 of the series.