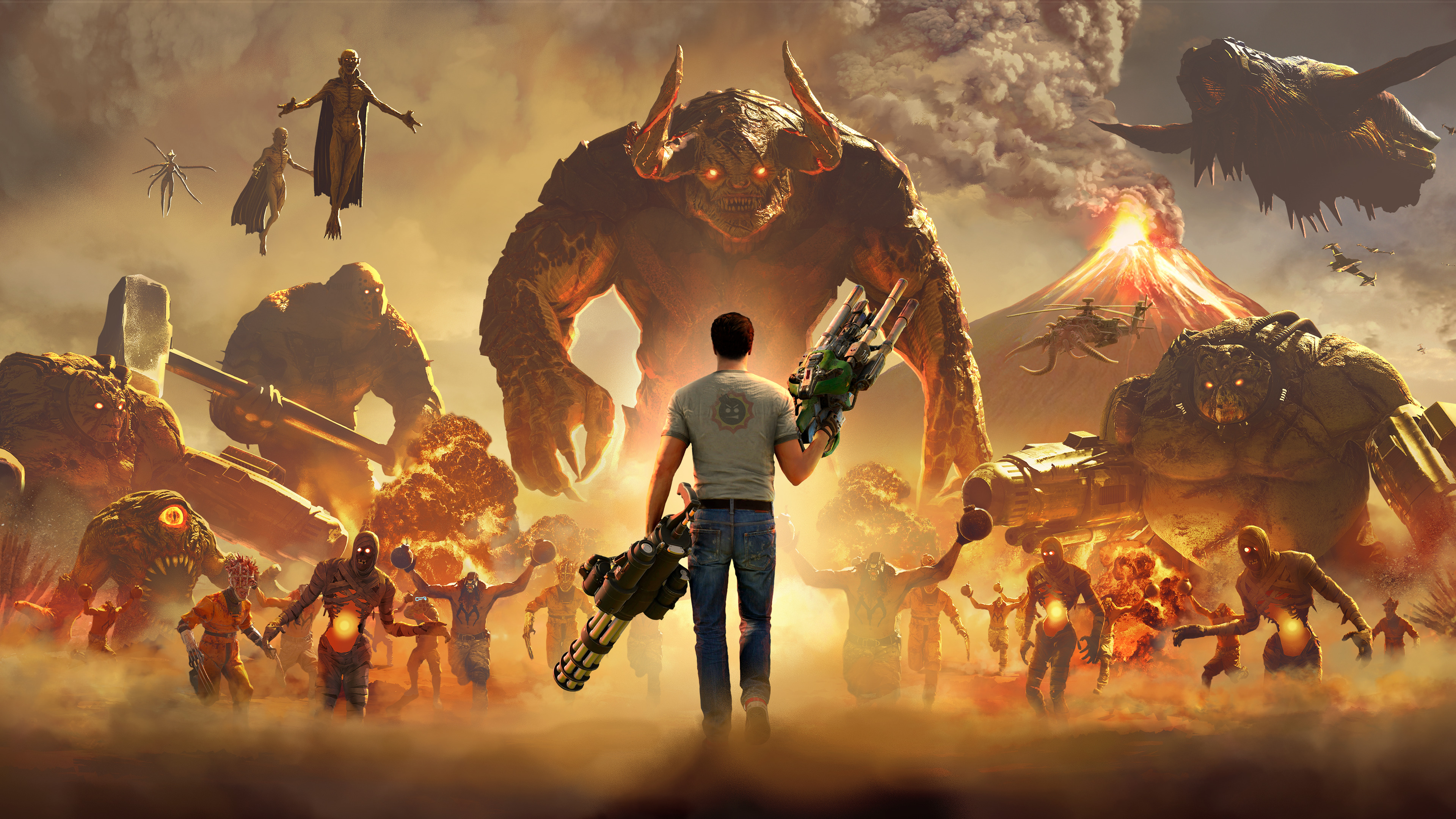 Serious Sam he is, without a doubt, the most beloved son of the Croteam studio. If we leave aside The Talo’s Principle, one of the company’s recent successes, the series that follows the anti-hero’s fight against Mental’s extraterrestrial forces went the longest, leveraging the company in about 12 varied games.

The last launch of the original series was in 2011, with Serious Sam 3: BFE (Before the First Encounter) and since then, the most passionate fans have been waiting for a sequel to the main story.

While there was this wait, the developer launched in parallel some indie games with its cartoonish protagonist for various platforms, including Android and iOS, leaving aside the great titles for a while.

Serious Sam returns with the same spirit and comedy as its predecessors, but now with graphics more consistent with the current generation. But is that enough to take the franchise a step further? Let’s go to our analysis!

Frantic as always, unfair as never

If the number of monsters was already a common feature in the series, the variety seems to have reached the extreme, along with an exacerbated difficulty, almost unfair to most players.

The challenge of facing huge hordes was a promise from the developers during the release of some trailers, showing that it would not be so easy to pass through all enemies.

Be prepared to take on several of the classic enemies, like Decapitated Kamikaze, Decapitated Launcher and the Kleer Skeleton, and some new ones, like the Processed Anthropologist and the Khnum.

The inclusion of so many creatures helps to increase the variety and, relatively speaking, the strategy to win too, after all, a good number of bullets and the unstoppable mouse click are enough to kill most aliens.

In other words, the difficulty is not exactly related to the tactic to eliminate the enemy, but to the number of aliens. When the combination of shots and ranged powers with air and ground enemies happens, escaping to a safer corner of the map may be the best way out, at least for a while. 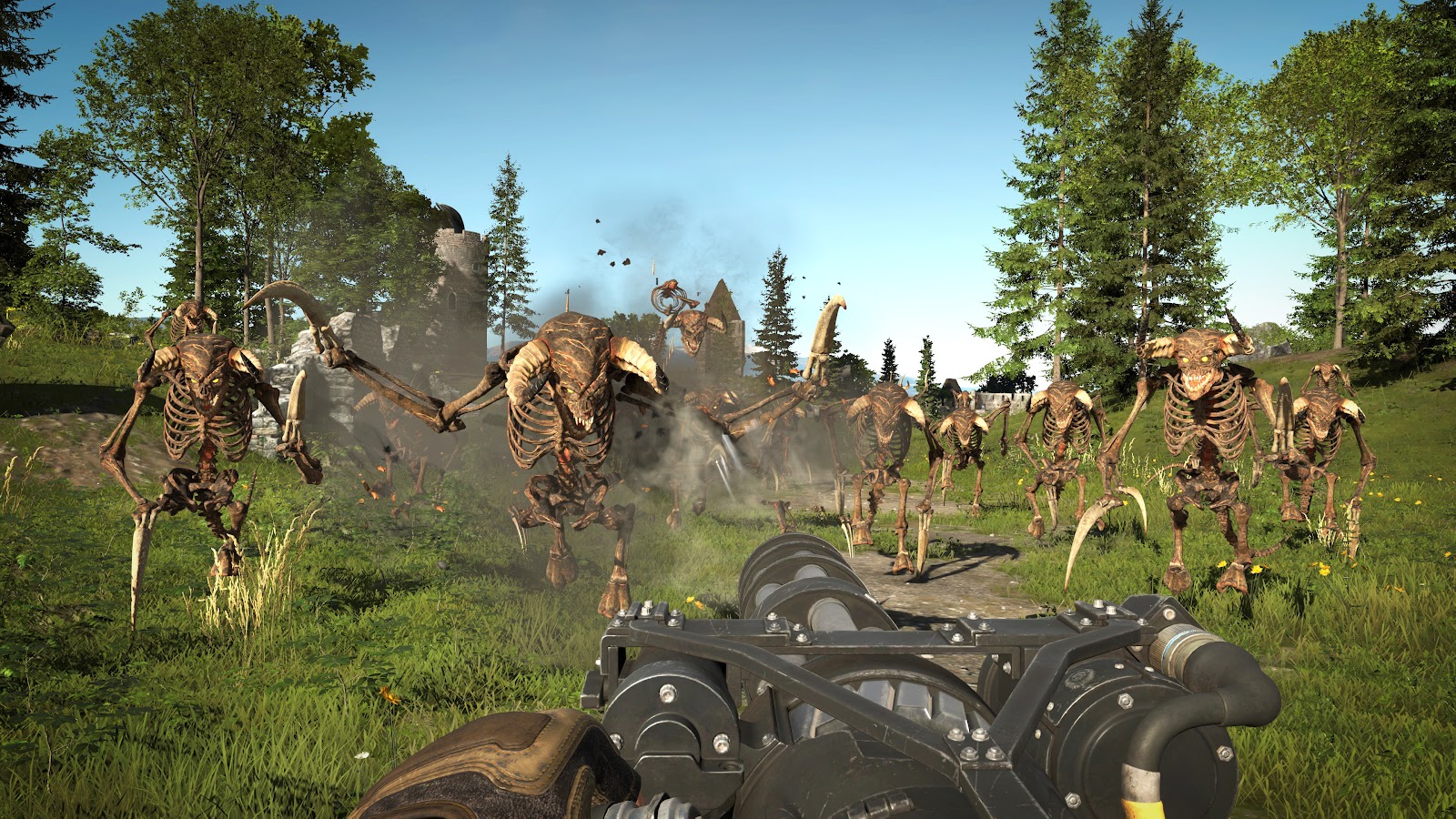 You won’t be able to stand still and shoot. The horde comes to meet you on all sides and you must always be aware. It can be unfair, especially at the beginning, when you have few options for weapons and have not gotten used to the frenzy going on your screen.

Despite the challenge, this is a positive point for the development, which brought a system called Legion, allowing up to 100 thousand enemies on the screen. This makes the battlefield verge on absurd and can be seen in the first few minutes of gameplay, which already starts presenting a real war between humans and aliens.

No surprises, but with some improvements

Among the frantic battles against thousands of hordes of enemies, we can take a breath and see the improvements that Croteam has proposed for the new chapter of the series. The most noticeable evolution, right from the start, are the more detailed graphics, which provide more beautiful wide scenarios, enemies with varied textures and diverse characters.

Although the focus of the visuals has gone almost completely to Sam “Serious” Stone, leaving the other characters poorer, it is still possible to notice the technological advance of almost nine years since the last game. 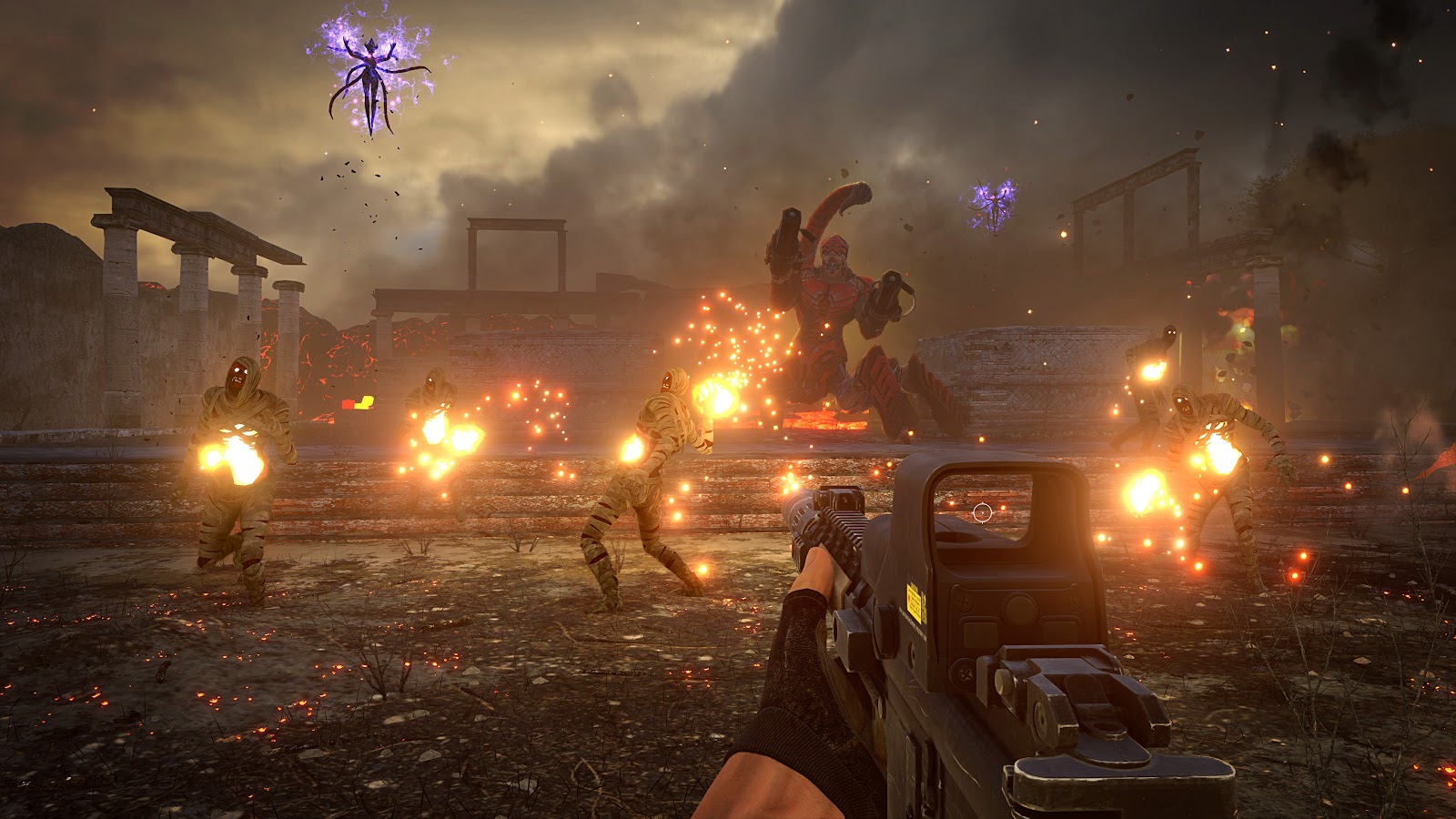 The protagonist’s friends are introduced with the classic acid humor of the franchise. They are even cool, but not very complex, even with more participation in CGs and battles of the game, with many better NPCs existing in the world of games. They even have their collaboration – including being immortal among monsters – but leave most of the horde for the player to exterminate.

It is worth mentioning that the improvements are not only noticed in the gameplay, but also by your PC. The requirements are very high and require computers with very robust configurations to work in the ultra.

The overwhelming amount of enemies on the screen, very wide scenarios and textures will push your computer, but that does not mean that the graphics are worthy of surprise, since it is not very difficult to notice that the game has put several bald or accessory characters on head so you don’t have to deal with moving hair, for example.

Diverse arsenal, but take it easy

The arsenal was expanded for our beloved Sam, with a vast number of weapons that will be unlocked as the levels pass, considerably improving the gameplay for increasingly challenging hordes.

Another interesting addition is a skill tree, which unlocks general improvements for the character, such as using double pistols and making enemies drop items, which helps a lot, especially during intense combats that do not allow loot.

The Papamobile is a show of its own, with shots, missiles and bombs capable of eliminating a gigantic wave of small and large enemies. 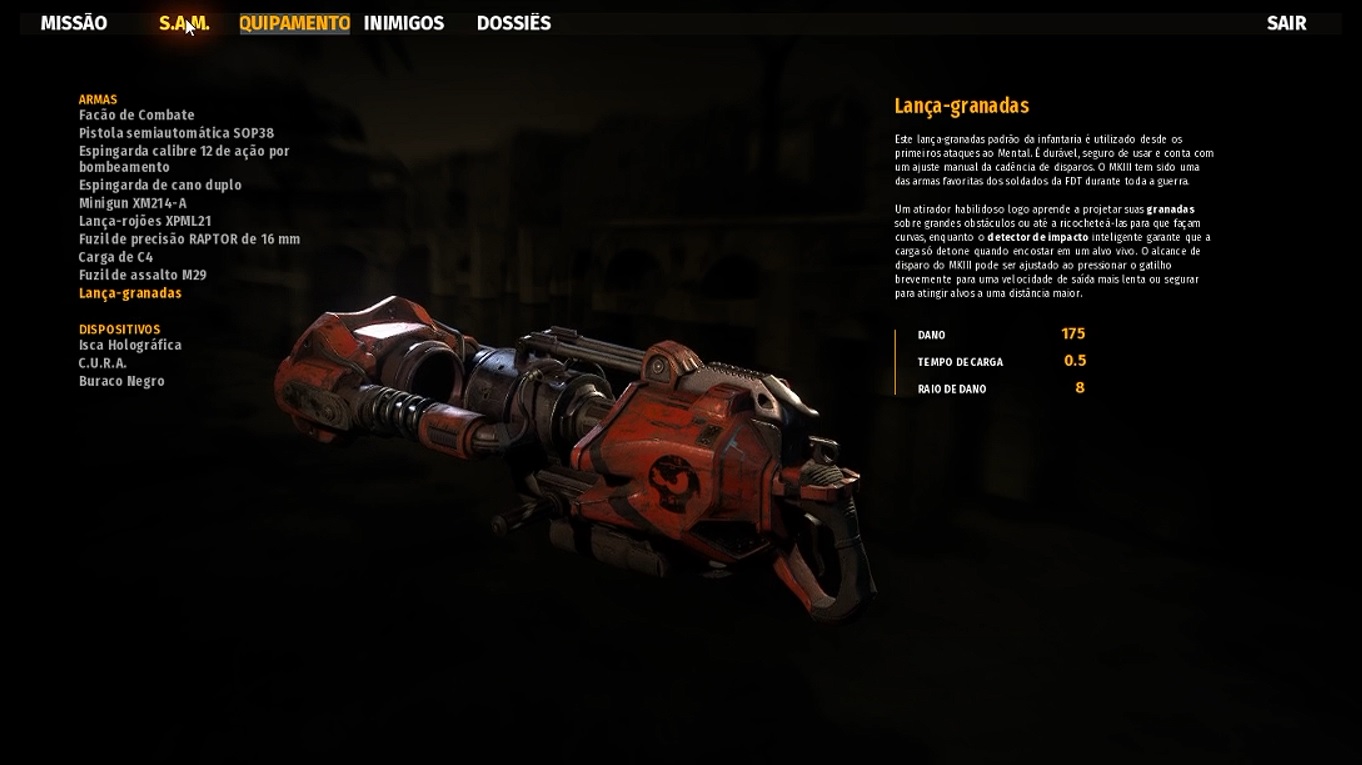 One of the disappointments was the items scattered around the map, such as ammunition, healing and armor. Within the game as a whole, they are the poorest in detail. Despite the colors that help Sam identify them, an improvement was expected to coincide with the rest of the graphics.

Finally, we can find some rarer devices, such as the holographic bait, C.U.R.A and the Black Hole, which also diversify the game with more interesting ways to eliminate enemies. However, they are much more difficult to find, apart from side missions, and end up being reserved for compulsive loot makers, who tend to explore every inch of the map.

Campaign and multiplayer at a good price

The history of Serious Sam 4 it is quite forgettable, since it has no reinvention or surprise. But as the plot was never the focus, mindless gameplay takes over and makes the game count.

The missions, despite having practically the same objective, do not feel like they are too repetitive. The scenarios, which alternate between wide and closed, the number and combinations of enemies and the general variety promoted by Croteam open the possibilities and diminish the idea that everything is the same. 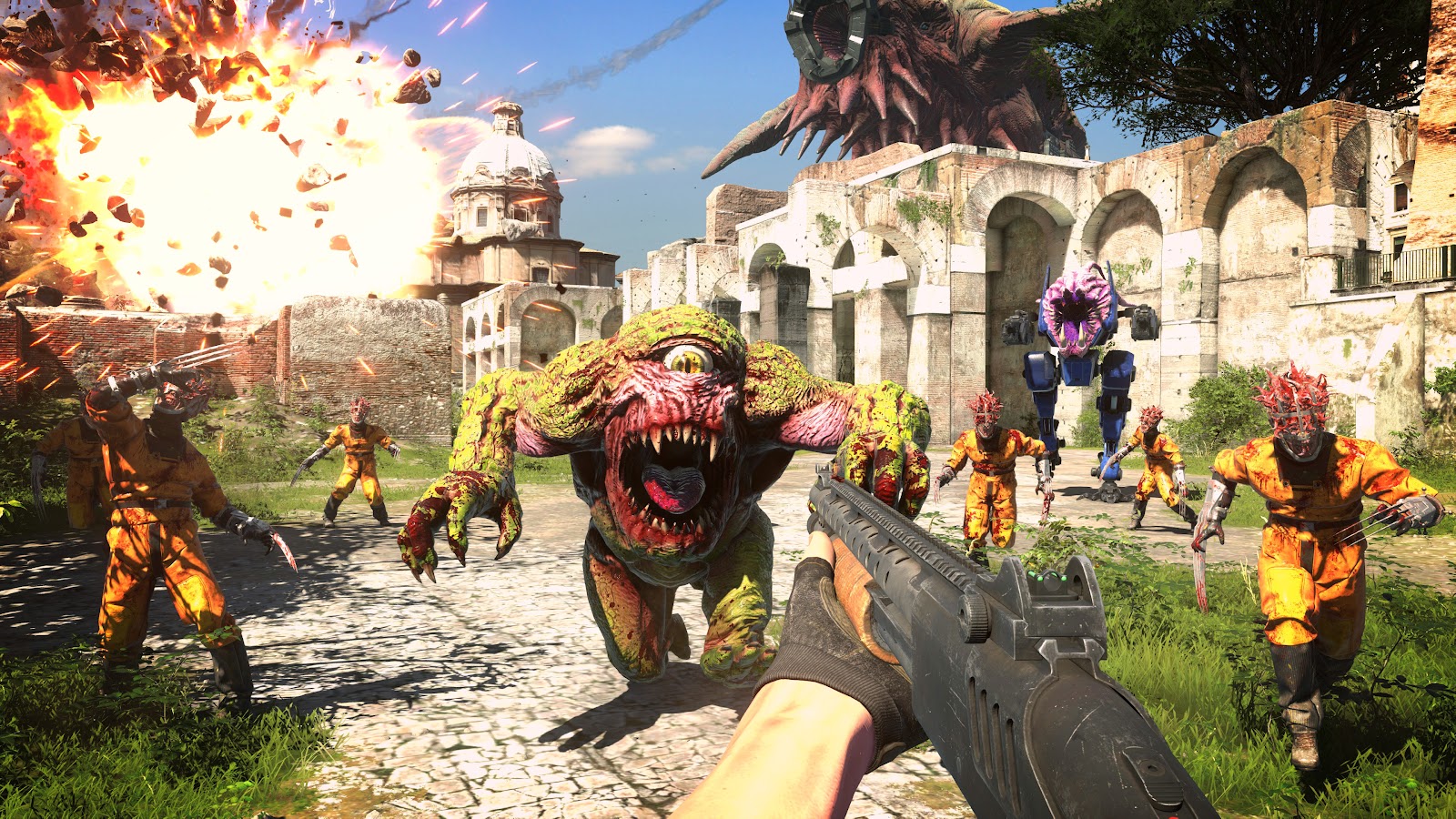 Multiplayer ends up being a reuse of the campaign chapters, making it possible to play the stages with friends or other players online. For this, it is possible to increase the difficulty and, consequently, the hordes to eliminate, making things more fun.

However, it is unlikely to arrest you for many hours, especially if you have already closed the main campaign.

Despite the various bugs seen during the analysis, such as rendering problems, out-of-sync subtitles that were not decided between Portuguese and English, and some crashes during missions, it was a fun game in its own way.

If we think about the price of the title and take into account that it is quite uncompromised, but it brought some interesting mechanics to the franchise, it is not a gameplay completely wasted. Especially for real fans, who were looking forward to another opportunity to control Sam Stone against thousands of monsters. 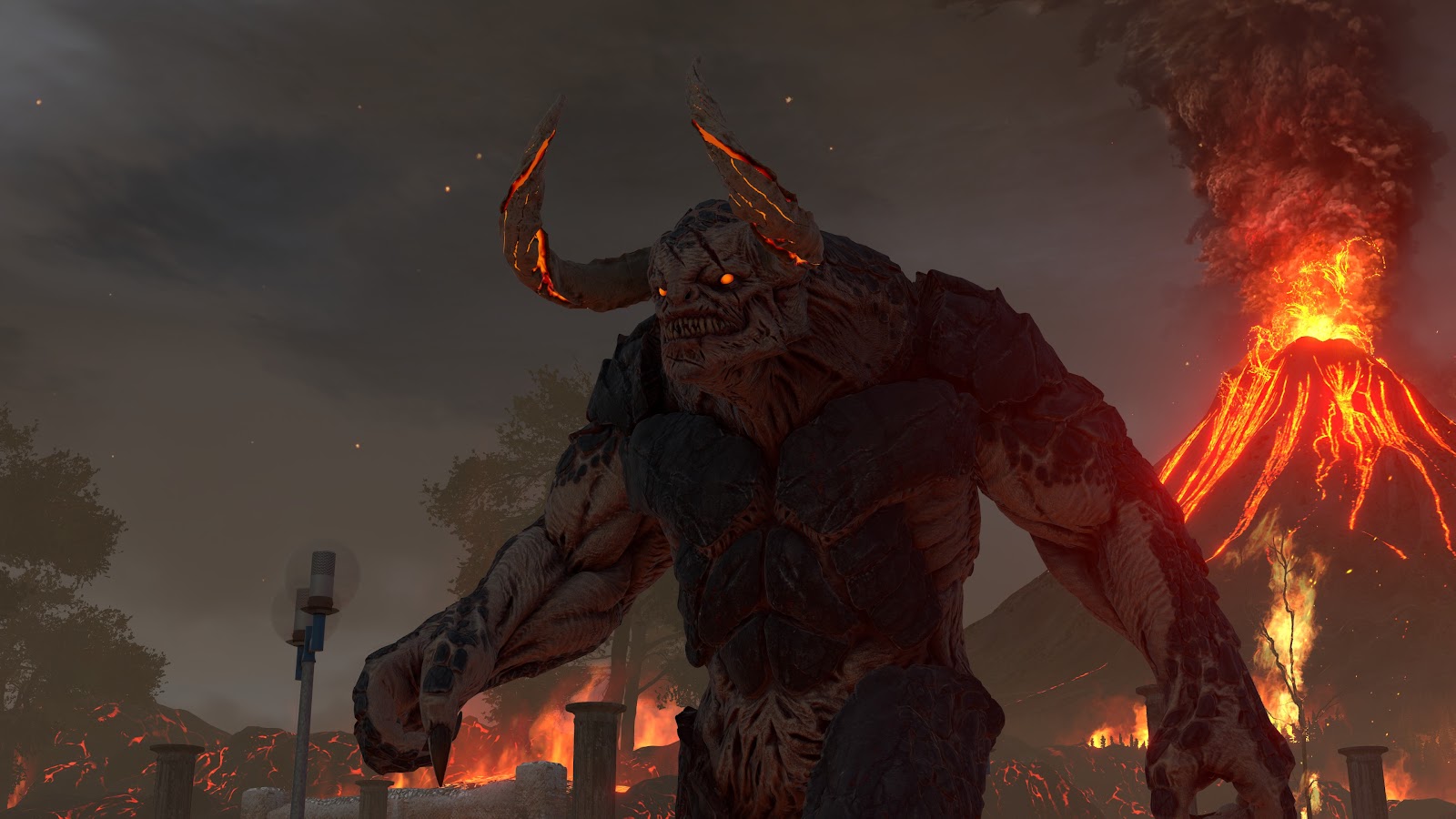 If the game fixes your problems and adds new features to your multiplayer, it may be better. It is the most classic of the same, with a very strong emphasis on the most, which can be seen in the variety.

Serious Sam 4 was kindly provided by Croteam for this analysis.