In 1994, one of the main series in the history of TV premiered on NBC: Friends. The program was so successful in the following years that it became a true pop culture icon by showing the fun relationship of the group of six New York-based friends.

To celebrate the 26th anniversary of the program, which debuted on the same date, in 1994, check out a short list with some curiosities about the series Friends! 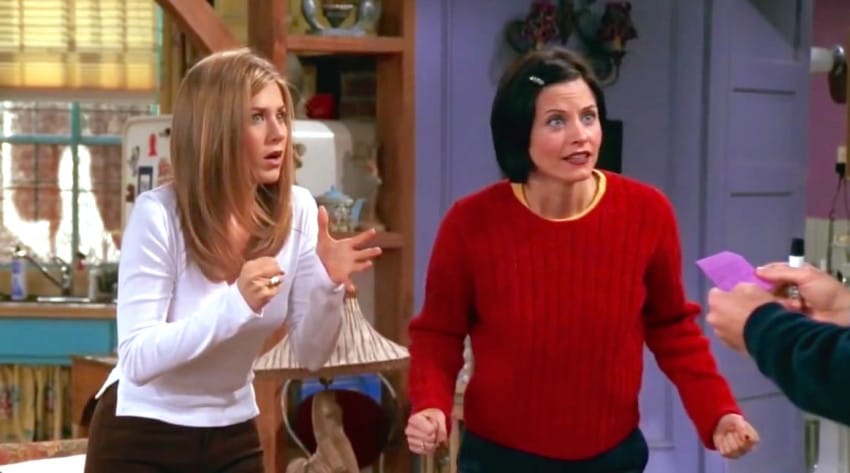 Before Jennifer Aniston was chosen for the role of Rachel, the character was offered to Courteney Cox, who after reading the script, asked to play Monica. According to the actress, she identified more with the character’s personality, especially in relation to the obsession with cleanliness and competitiveness.

In the beginning, the program did not have a high budget. So, aiming at the economy, the writers developed episodes totally focused on just one scenario, as in the case of the chapter “The One Where No One’s Ready”, which took place entirely in Monica and Rachel’s apartment.

3. Gunther was a real barista

James Michael Tyler was chosen to play Gunther simply because he was the only one on the set who was able to operate the espresso machine. He kept his job as a barista until the 4th season.

Lisa had a hard time learning to play the guitar. Before she received some lessons that taught her at least the basic chords, the actress suggested that Phoebe play bongos instead of the guitar.

5. Lisa was afraid of Chandler and Joey’s duck 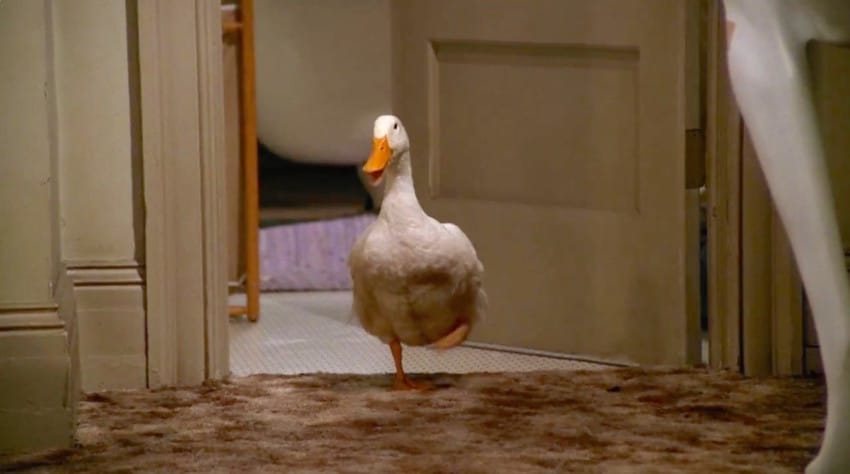 In addition to the problems with the guitar, Lisa had to face one of her fears: Chandler and Joey’s duck. Well, anyone who saw Phoebe interacting quietly with the animal could not imagine the dread she had behind the camera.

6. Jennifer barely made it back to last season

Jennifer Aniston’s film career was taking off and the actress struggled to reconcile her schedule. This almost made her give up participating in the last season, however, reducing the usual 24 episodes to just 18 made it easier for Aniston to participate in the conclusion.

7. Matt LeBlanc and Jennifer Aniston did not like the romance between Joey and Rachel 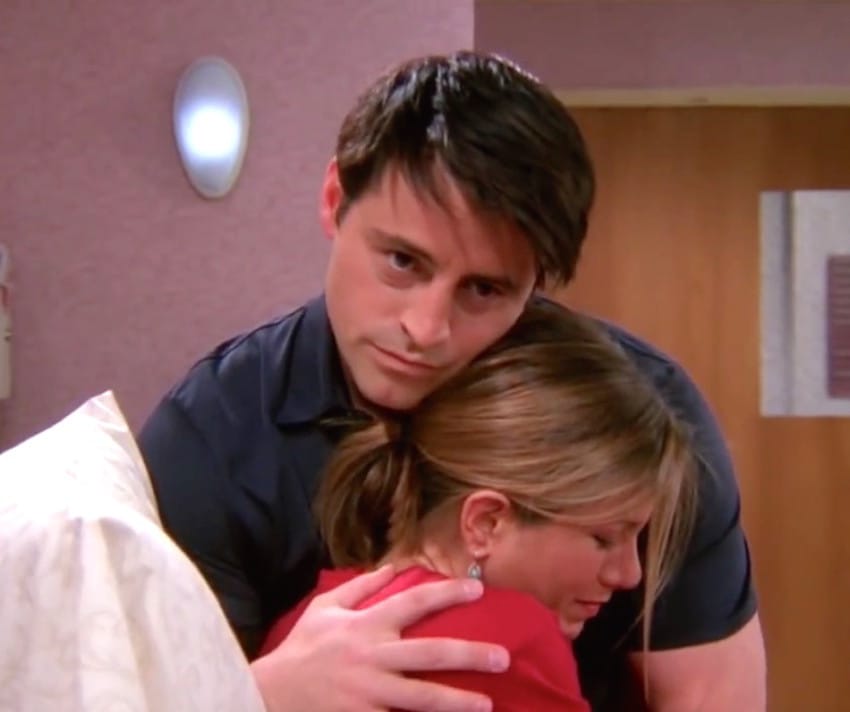 Joey and Rachel’s interpreters were against the characters’ romantic relationship. Matt LeBlanc commented in an interview that he found the couple “totally inappropriate”. 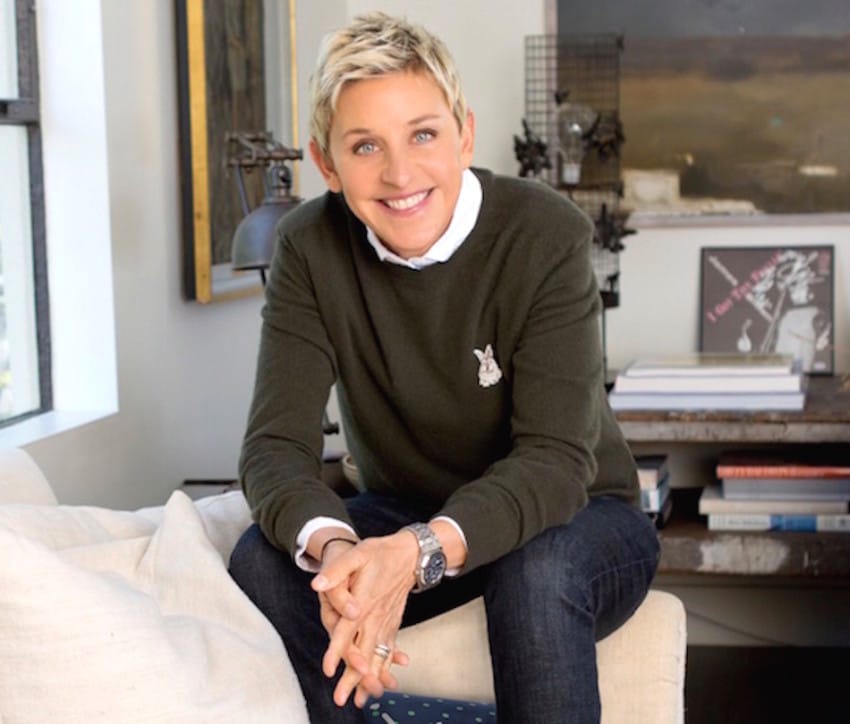 Before they chose Lisa to be Phoebe, the show’s production offered the role to Ellen DeGeneres, who ended up refusing to work on Friends. 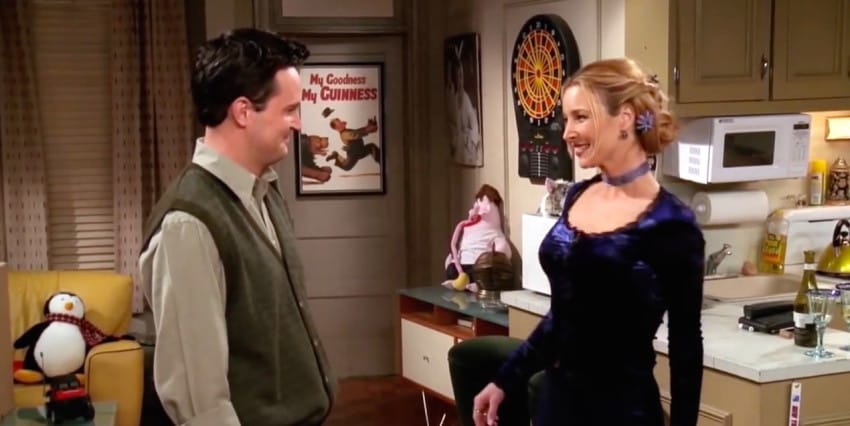 Not counting brothers Monica and Ross, almost every other character in the cast kissed. Even Joey kissed Chandler during a New Year. In addition, we had the episode “The One That Could Have Been”, which brought an alternative reality for the characters. Only Phoebe and Monica did not kiss.

When Joey left his apartment with Chandler, he bought an expensive statue of a white dog, because, according to him, he now had money to buy things like that. The statue was of Jennifer, who had received a gift from a friend.