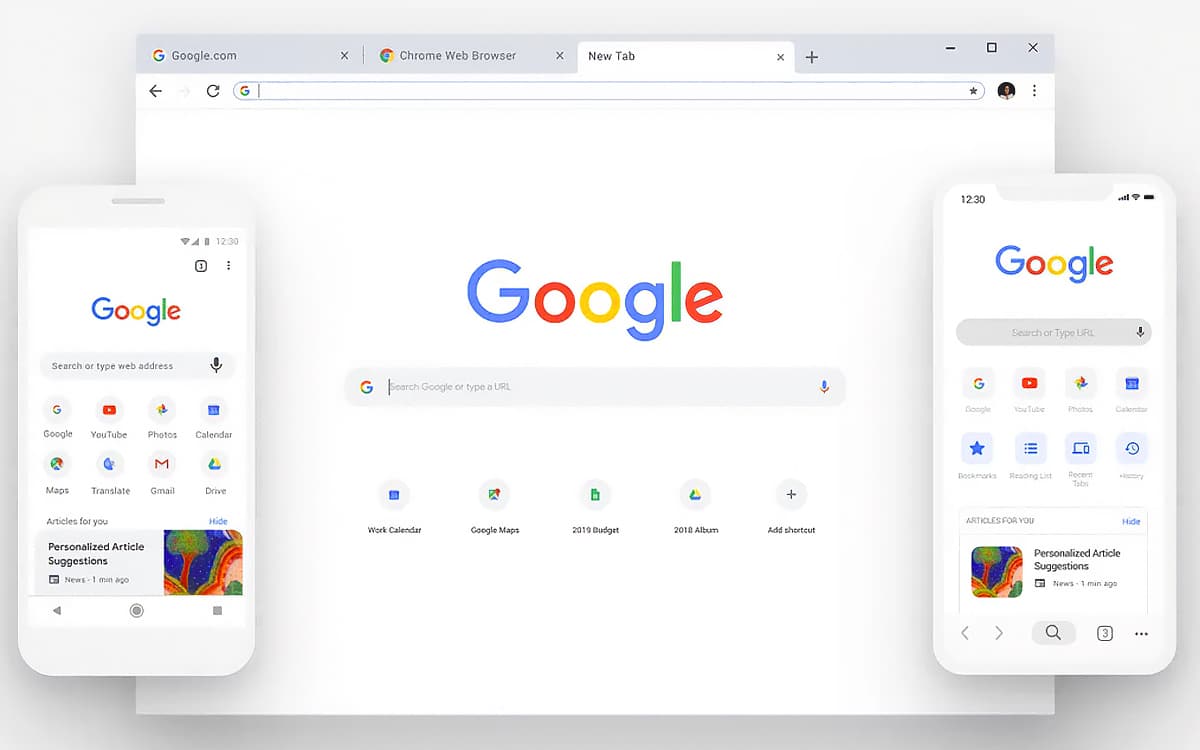 Chrome 90 is gradually arriving on our devices. Some will surely have to wait a few days to be able to take advantage of it. Until then, let’s take a quick look at the new features available in this release.

Whether you’re on Windows 10, macOS, Linux, or smartphone, your Chrome app will soon get an update – if you haven’t already. After version 89 which improved performance and above all reduced RAM consumption, Google this time focused on the security of its browser.

In addition to strengthening its measures around the HTTPS protocol, Internet users will also benefit from a new feature for handy tabs. Finally, video streaming has also been improved using a codec well known to Firefox users. We summarize everything that this version 90 of Chrome has to offer.

When you enter a URL in Chrome’s address bar, the browser first loads the HTTP version of the site before redirecting you to the more secure HTTPS version. Google announced it earlier, this process has been simplified, since Chrome now opens HTTPS pages as a priority. Thanks to this feature called “Upgraded HTTPS navigations” (“Improved HTTPS browsing”), navigation is accelerated in addition to maintaining better safety.

At the moment, only Chrome has this feature added. No information has been released about its arrival on Edge or other Chromium applications. Note that the Google browser already blocks downloads from HTTP protocols found on HTTPS pages. Added to this is the blocking of connections to HTTP, HTTPS and FTP servers on the 554, in order to limit the risk of a Slipstream 2.0 NAT type attack.

Another novelty that will not fail to be appreciated by those most scattered among you: it is now possible to name its Chrome tabs. The latter will then display the desired indication, which allows for better readability of its window in the event of simultaneous opening of several tabs.

To use this feature, just right click on the tab and select Rename the tab. It is also accessible from the drop-down menu of the browser, then in the section More tools. Note that Chrome will remember the name given to the tab even after you close your window. Edge also benefits from this novelty.

Last major novelty: Chrome adopts the open source AV1 codec. This works on video streaming by improving picture quality on all platforms, in addition to reducing data consumption. A very interesting point for all smartphone users, but also for those with a slower connection than others.

In addition, the codec offers better compression of video files, which allows higher quality videoconferencing calls, especially in the context of screen sharing. However, the codec by itself is not enough to achieve all of these benefits. For this, it is necessary that the broadcast content is also encoded in AV1.

Chrome finally welcomes some last notable innovations, like a new API WebXR Device which improves the augmented reality experience by scanning the environment more efficiently. Also, the URL protocol configurator is enabled, so that the browser conforms to standards in the field. Finally, overall performance is increased, and developers have access to a new interface displaying them in detail.

We already have a glimpse of what to expect for Chrome 91 and later. Google is testing, for example, a new, more intuitive reading control interface. If the update is not yet available on your devices, don’t panic. She will be in the next few days to come, as usual.