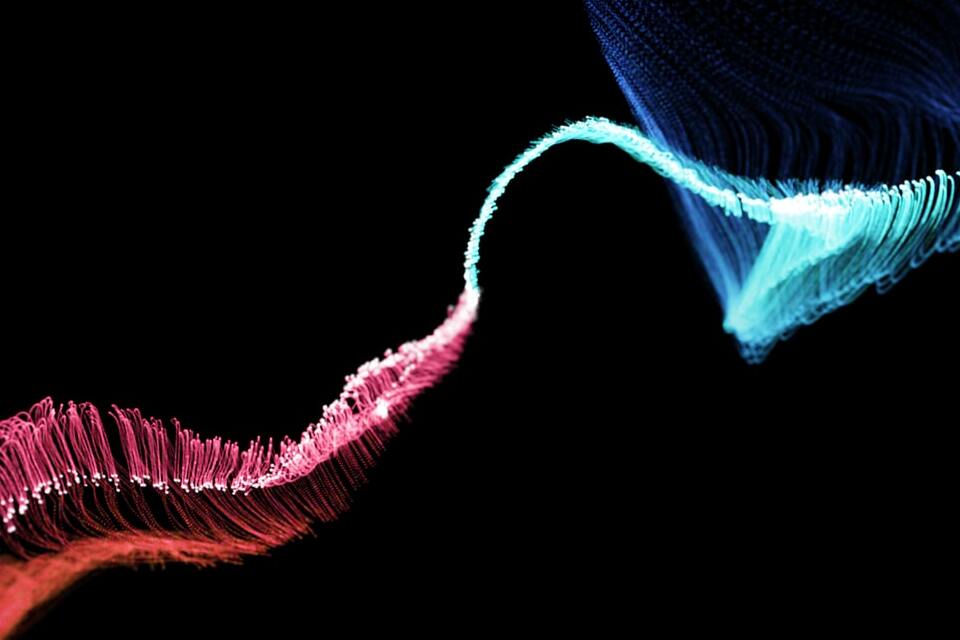 A study by physicists at the Brookhaven National Laboratory (US) on the Relativistic Heavy Ion Collider (RHIC) particle accelerator — a US Department of Energy facility for research in nuclear physics — has shown that early-century physicists once again XX were right: it is possible to generate matter (and antimatter) directly from light.

The phenomenon was predicted over 80 years ago by Albert Einstein, Gregory Breit and John A. Wheeler: Einstein predicted that it was possible to generate matter from the collision of two photons in the Special Relativity Theory and Breit and Wheeler described that the process would generate an electron pair -positron. Current research has analyzed more than 6,000 pairs of electrons and positrons produced in collisions at RHIC and claims to have proven the theory. The result was published in the scientific journal Physical Review Letters, on July 27th.

The field of science that studies the particles that make up our universe and the interactions between them is particle physics. You can learn more about the topic here.

But what is necessary to understand the findings in this report is to know that there is matter and antimatter: everything we know is made up of matter — formed by atoms composed of electrons (with a negative charge), protons (positive charge) and neutrons (charge neutral). Antimatter is the opposite of that.

The main finding of the new study is that pairs of electrons and positrons — matter and antimatter particles — can be created directly by the collision of very energetic photons: quantum “packets” of light. This conversion of light to matter is a direct consequence of Einstein’s famous equation “E = mctwo“, which states that energy and matter (or mass) are interchangeable.

Breit and Wheeler first described in 1934 the hypothetical possibility of colliding light particles to create pairs of electrons and their antimatter counterparts—known as positrons. But they realized that this was almost impossible to do. So they proposed an alternative: accelerating heavy ions. And that’s what the Brookhaven team is doing.

An ion is a naked atom, without its electrons. A gold ion, with 79 protons, carries a powerful positive charge. Accelerating this heavy ion to very high speeds generates a powerful magnetic field that spins around the particle at high speed as it travels, like a current flowing through a wire.

“If the velocity is high enough, the strength of the circular magnetic field can be equal to the strength of the perpendicular electric field,” explained Zhangbu Xu, a member of the team physicist. This arrangement of perpendicular electric and magnetic fields of equal strength is exactly what a photon is—a quantized “particle” of light. “So when the ions are moving close to the speed of light, there are a bunch of photons around the gold core, traveling with it like a cloud,” the physicist said.

Illustration of two gold ions (in red) moving in the opposite direction at 99.995% of the speed of light. As they cross, without colliding, two photons (?) from the electromagnetic cloud around them interact with each other to create an electron-positron pair.Source:  BNL/Reproduction

“We have two photon clouds moving in opposite directions with enough energy and intensity that when the two ions pass each other without colliding, these photon fields can interact,” Xu said. Then physicists tracked the interactions and looked for the electron-positron pairs predicted in 1934. And they found them.

RHIC’s Solenoid Tracker (STAR) instrument measured the angular distribution of particles produced in collisions of gold ions moving at nearly the speed of light (99.995%) and ensured that the particles generated are real, not virtual.

“Our results provide clear evidence of the direct, one-step creation of matter-antimatter pairs from light collisions, as originally predicted by Breit and Wheeler,” concluded Daniel Brandenburg of Brookhaven Lab, who analyzed the STAR data in this discovery.