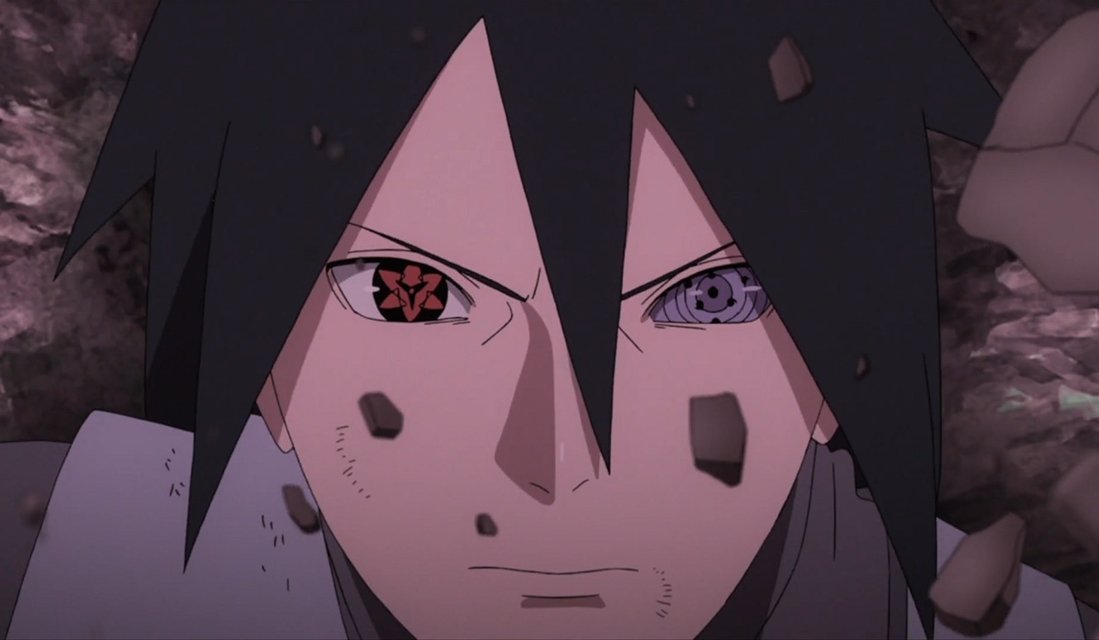 Naruto is one of the most loved animes in history and features memorable characters. One of them is Sasuke, holder of the Rinnegan from Rikudo in his left eye. Know all about character power!

The Rinnegan is a Kekkei Genkai — a technique limited to blood heritage — passed down through the generations of the Otsutsuki clan, celestial beings who have traveled between dimensions for countless ages in order to drain chakra and genetic material from the worlds to attain deity.

The technique is considered one of the “Three Great Dojutsu” alongside the Byakugan and the Sharingan, and it emerged on Earth with the arrival of Hagoromo Otsutsuki, whose mother possessed the Rinne Sharingan.

For a long time, the eye was seen as a tool to aid the ancient Otsutsuki Will and the main means of influencing the clan across worlds, as it is the most powerful of the dojutsu trio. For this, Rinnegan bearers are able to awaken a higher state called the Six Paths Technique, a blessing directly linked to the user’s power and ability and consisting of a set of supreme abilities, allowing the release of immense amounts of energy without necessarily there is physical wear.

The Paths—Deva, Asura, Human, Animal, Preta, and Naraka—inspired by Buddhist mythology, represent the rebirth of realms after death and indicate the entire trajectory to which the Rinnegan bearers are connected.

Among the powers awakened by the Rinnegan are:

To acquire these powers, the eye holder must go through an arduous journey of suffering, metaphorically going from Hell to Heaven. And that includes the character Sasuke, who had a great trajectory in Naruto.

During the Fourth Ninja War, Uchiha Madara summoned the Gedo Mazo statue, empty vessel of the Ten-Tails, to use the ultimate genjutsu: the Infinite Tsukuyomi. The technique, considered the most powerful illusion applied by Sharingan bearers, creates a huge red moon and puts all people in a deep and eternal dream, trapping all living beings and absorbing their chakra. However, for those who have Rinnegan, not even this technique is a problem.

Dojutsu is the only way to prevent genjutsu from occurring, especially due to the Divine Tree, the main source of power of the Infinite Tsukuyomi, and also to have a Rinnegan on its exterior, since the technique requirement is the reflection of the eye on the surface. of the moon — Madara used his Rinne Sharingan awake, just in case. Thus, the wielder of the Rinnegan is not only able to undo all kinds of abilities, but also to be immune to any that originate from ocular jutsus.

Since the arrival of Otsutsuki Hagoromo, considered the forerunner of modern ninjutsu and one of the only ones capable of taming all the abilities of the Six Paths — Rikudo Sennin, the first to earn the title of sennin — Rinnegan has passed through a number of other heirs, with greater emphasis on members of the Uchiha clan.

Uchiha Madara was the name that broke the heredity of the Kekkei Genkai, as he obtained the Rinnegan from Hagoromo through a DNA infusion, when he used the genetic material of Senju Hashirama, his mortal enemy and reincarnation of one of the Sage of Six Paths’ sons , Asura. Despite this, Madara’s Rinnegan did not manifest in time and the only option was to remove it before its death and implant it in Nagato, in order to keep a healthy eye for its future appearance as Edo Tensei (Forbidden Reincarnation Technique of the Impure World). 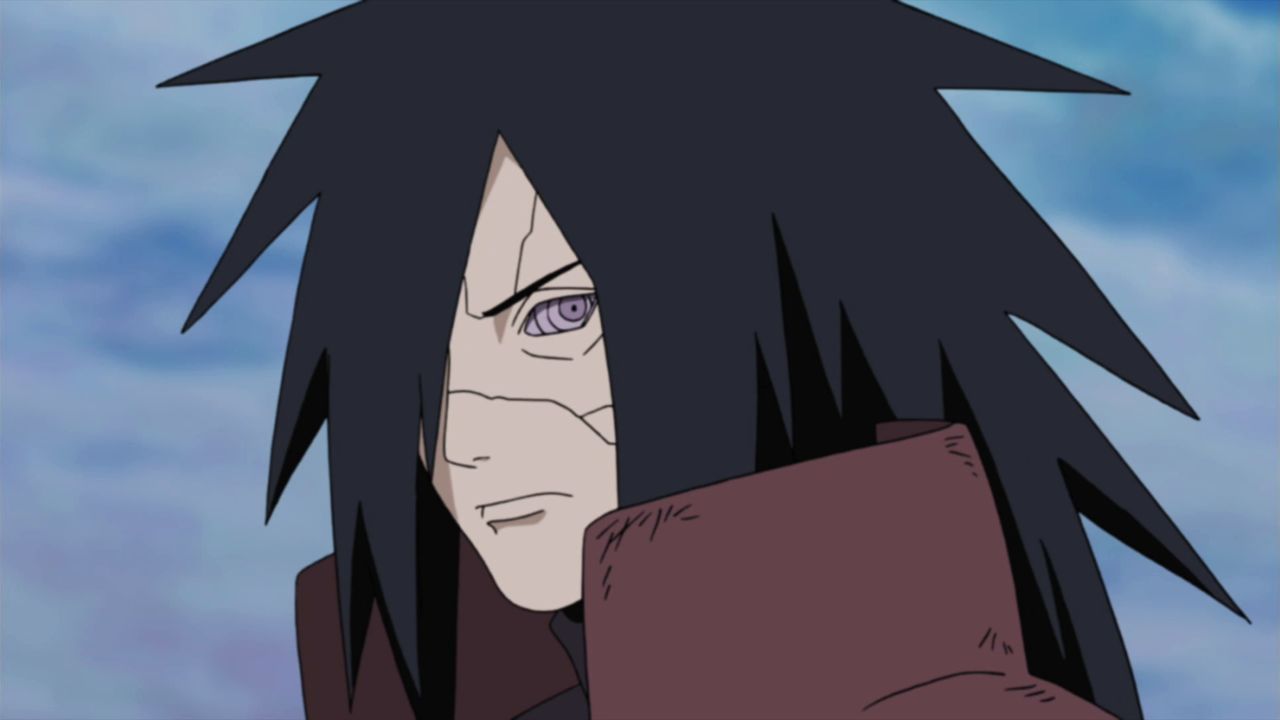 After Nagato’s death, dojutsu was taken over by Obito, who reached the Six Paths state and summoned the former owners of the Biju (Tailed Beasts), Roshi, Fu, Utakata, Han, Yugito, and Yagura. It was then that Madara managed to retrieve his Rinnegan, after returning with Kabuto’s Edo Tensei, and awakened the Rinne Sharingan, being able to use the Tsukuyomi Infinite.

Sasuke was the last ninja to awaken the Rinnegan, and his case, unlike his predecessors, was a Kekkei Genkai event, generating an eye with six tomoe and permanently active. According to legends, the Uchiha was predestined to manifest the eye technique as he was the reincarnation of Indra, the other son of Hagoromo and brother of Asura, and had access to a wide range of distinctive abilities, including the Ame-no-tejikara particularity, which allows you to transport anything — including itself — across space-time. 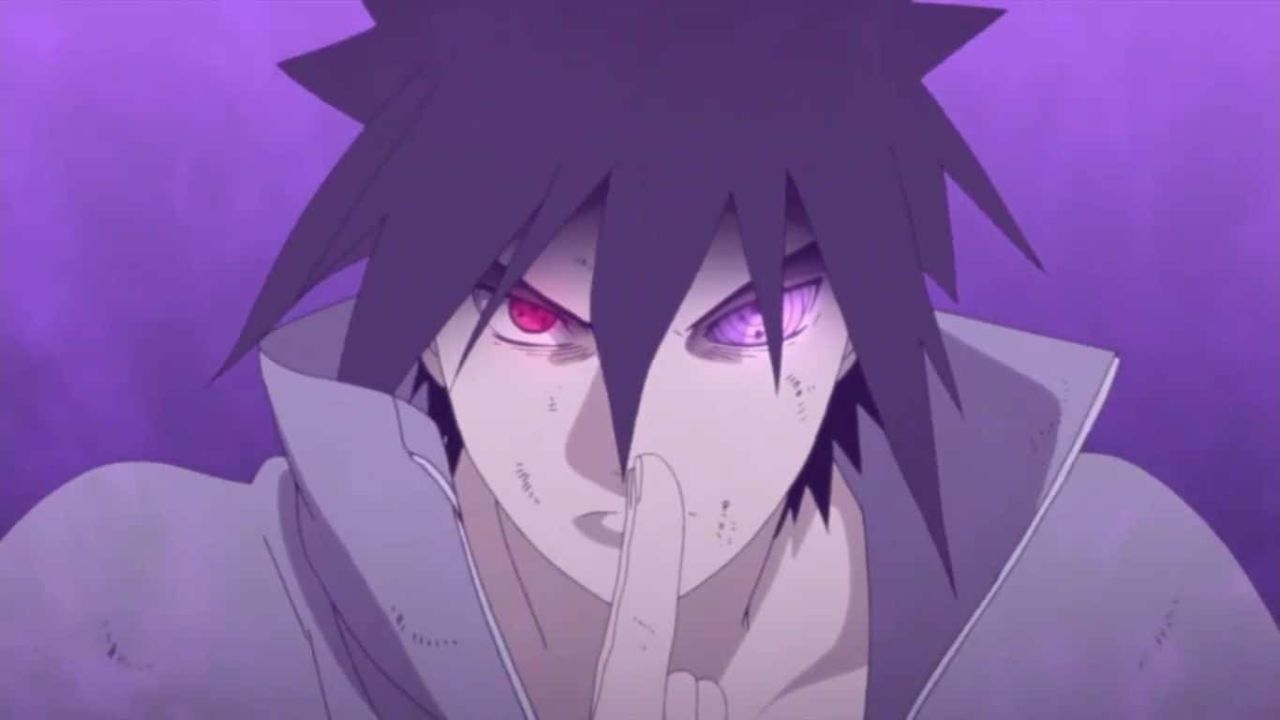 With the Rinnegan, Sasuke’s abilities were significantly enhanced, and now the ninja is able to blend the eye powers of the Mangekyo Sharingan into his ultimate dojutsu, strengthening Amaterasu, Izanagi and other jutsu techniques.

In chapter 53 of the manga Boruto, fans were shocked during the end of Isshiki Otsutsuki’s arc, when they saw Boruto get possessed by Momoshiki, attack Sasuke by surprise and destroy Rinnegan’s left eye with a kunai. The attack, while not disabling the Uchiha — dojutsu operate separate from the chakra sources — came as a possible revenge for the villain Otsutsuki, who had his eye destroyed by Sasuke during Naruto’s rescue mission.

Now, the Uchiha of Vila da Folha has only the eye abilities of his Mangekyo Sharingan, being able to summon his Susanoo and genjutsu, but he starts to be at a disadvantage compared to the villains of the series. So far, it’s not clear whether the eye is likely to be recovered, so Sasuke must face the loss of his powers and convince the younger ninjas that sacrifice is a burden of shinobi life, while preparing for new ones. threats and the imminent return of the Otsutsuki.