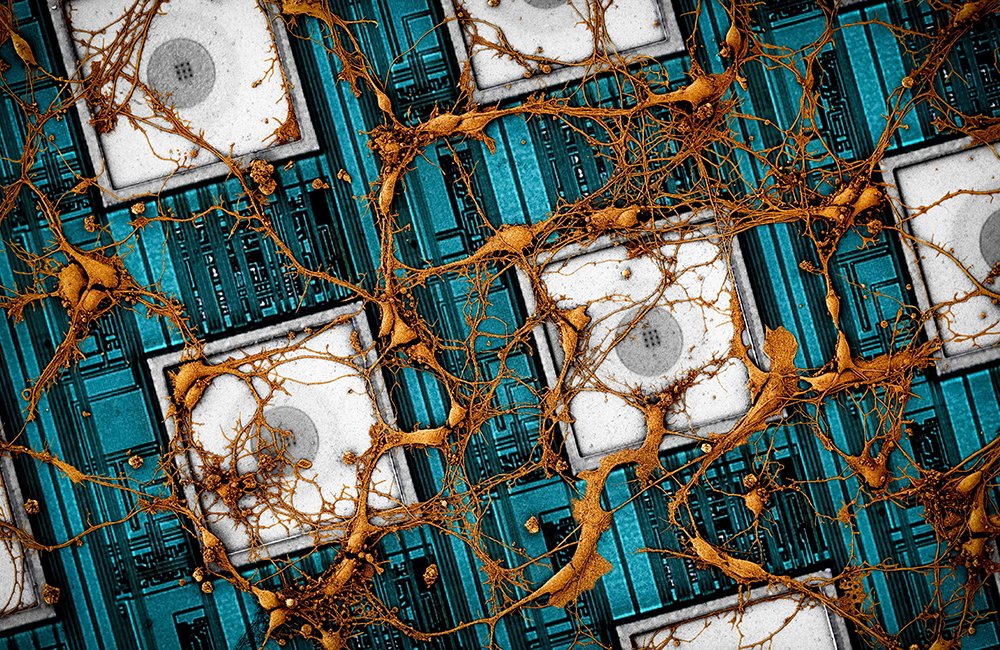 It looks like an episode of Black Mirror, but it’s a real company interest: Samsung wants to reverse engineer the human brain to put it on a chip. For this, the company has the help of researchers from Harvard University (United States). The company itself said in a statement that its goal is to “copy and paste” the brain onto neuromorphic chips. The research was detailed in an article published on September 23 in the journal Nature Electronics.

Neuromorphic computing is increasingly advanced and there are those who are betting on it as the future of technology. Now, Samsung is also investing in the idea of ​​creating a memory chip that approximates the brain’s unique computing characteristics. The reason? According to the company, low energy consumption, easy learning, adaptation to the environment and even autonomy and cognition are beyond the reach of current technology.

How to copy and paste the brain?

The team used an array of nanoelectrodes that are able to enter large numbers of neurons and record electrical signals. These recordings were then used to compile the neuronal wiring map, detailing the strength of different connections in the brain. This ‘copy’ can be ‘pasted’ onto a memory chip such as an SSD drive or into resistive random access memories (RRAM).

According to Samsung, this approach is a return to attempts to reverse-engineer the brain. Because the complexity of the human organ is immense, we won’t see a neuromorphic chip anytime soon: it would need approximately 100 trillion memory units to provide a true representation of all the brain’s neurons and their synaptic links.

In practical terms, the new research could lead to more human-like artificial intelligence. The study may also help create brain-computer interfaces (BCIs) that allow users to control computers with their minds.

The future of neuromorphic computing

According to the study’s abstract, “Reverse engineering of the brain, mimicking the structure and function of neural networks in a silicon integrated circuit, was the original goal of neuromorphic engineering, but it remains a distant prospect.” For this reason, according to Samsung, the focus of neuromorphic engineering is no longer the search for mimicking the brain, moving to projects inspired by qualitative characteristics of the organ, such as events and information processing in memory.

But the Samsung study looked at current approaches and returned to the original goal: reverse engineering the brain. And the essence of this vision is, again, to ‘copy’ the functional synaptic connectivity map of a neural network and ‘paste’ it into a high-density, three-dimensional network of solid-state memories — technology in which Samsung claims to be the leader worldwide.

Building on its experience and leadership in chip manufacturing, Samsung now states in its statement that it plans to continue research and extend its leadership in the field of next-generation AI semiconductors. “The vision we present is highly ambitious,” said Donhee Ham, a Harvard professor associated with Samsung. “But working toward this heroic goal will push the boundaries of machine intelligence, neuroscience and semiconductor technology,” he concluded.