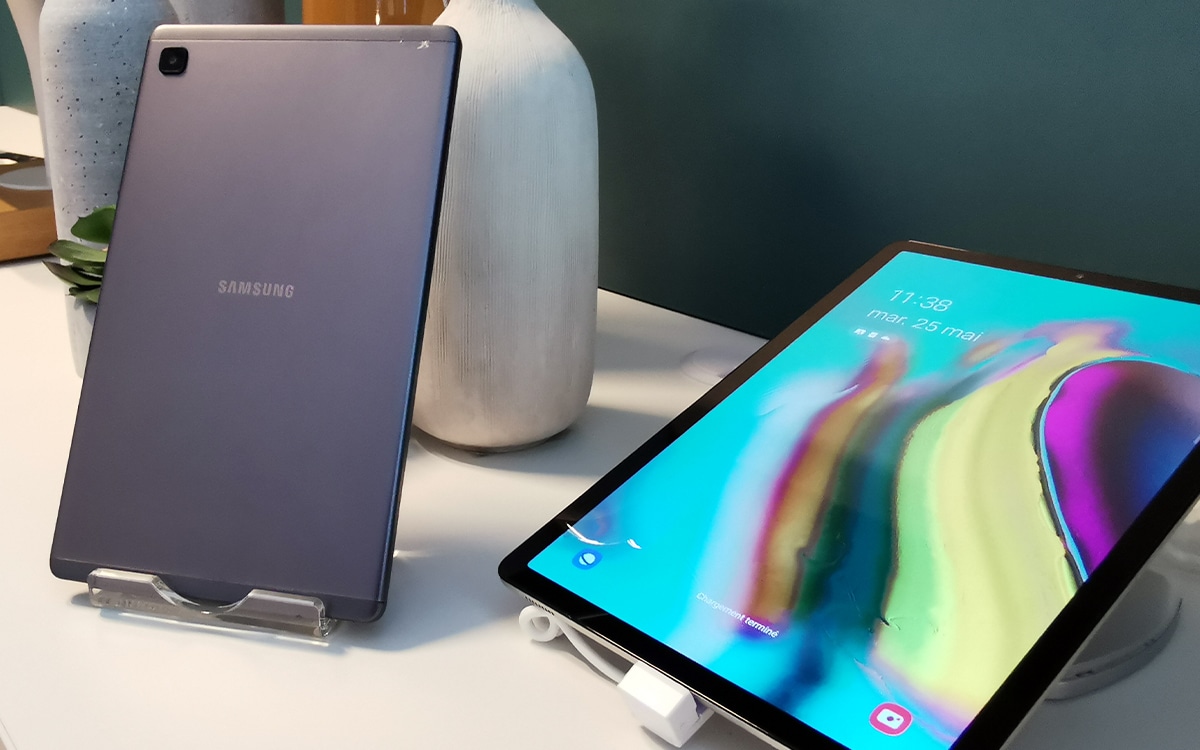 Samsung simultaneously formalizes two new tablets: the Galaxy Tab S7 FE and Galaxy Tab A7 Lite. If their capacities are completely different, they nevertheless have one thing in common: to offer a device at a floor price, each in its own playground, of course.

In recent months, the market for tablets is experiencing renewed interest among users. Very logically, the manufacturers, whether it is Honor, Xiaomi or Apple, are pulling out of their boxes new iterations of their previous models. And Samsung, one of the market leaders, is no exception.

After the recent launches of the Galaxy S21, A32, A52 and A72, the South Korean giant is now attacking the tablet market. Failing to completely renew its range, the manufacturer has decided to add two new models: the Galaxy Tab S7 FE and Galaxy tab a7 lite are emerging. We were able to take them in hand very quickly and tell you everything there is to know about them.

With its Galaxy Tab S7 FE, Samsung is adopting a policy similar to that developed last year with the S20 FE. The South Korean manufacturer offers a cheaper version than the Tab S7 +, while omitting some “premium” components. By way of SoC, we therefore benefit from a Snapdragon 750G, where the S7 + benefits from a Snadragon 865+. The memory has been slightly revised downwards, since we take advantage of 4 or 6 G0 of RAM depending on the model, instead of 6 or 8 GB for the Tab S7 +. On the other hand, its 10,090 mAh battery is identical to that of the S7 +. 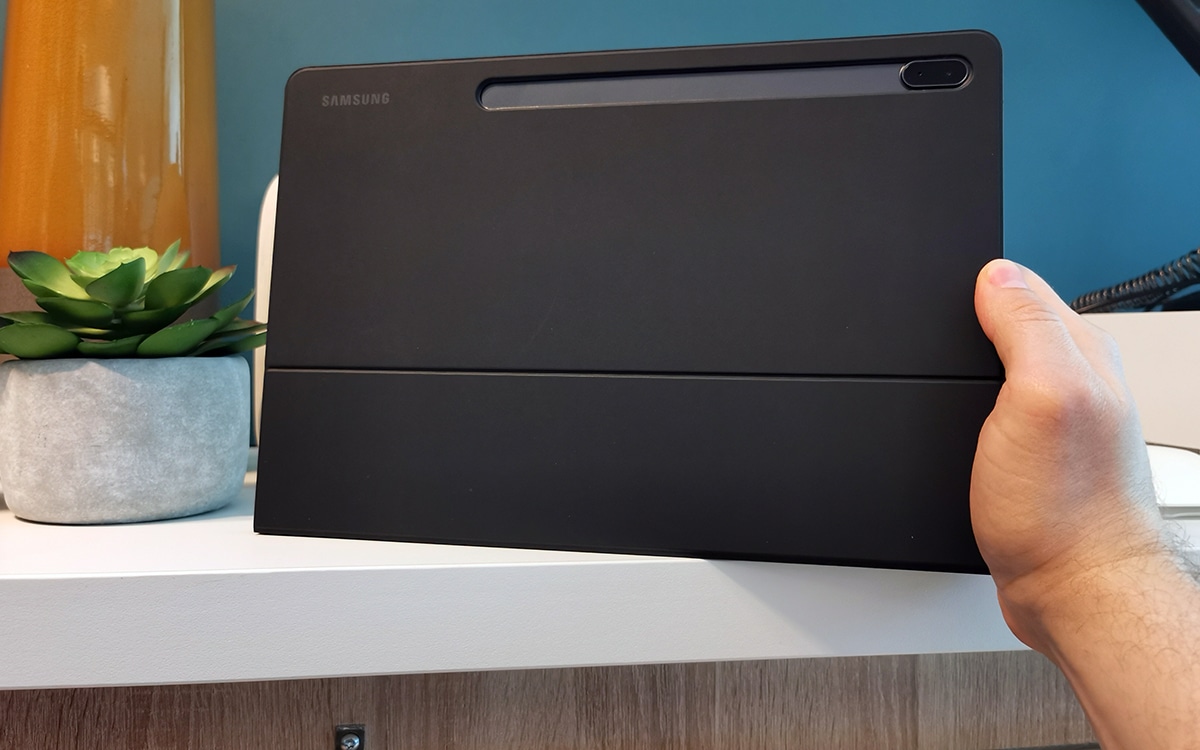 On the screen side, the Galaxy S7 FE is equipped with a 12.4 ″ slab just like the S7 +, but there is still a drop in range: we go from an Amoled technology in the case of the big sister to an LCD screen in that of the little sister. The Tab S7 FE, which weighs 608 grams, is equipped with 2 Dolby Atmos speakers and 3 microphones. The first is located on the side, the second on the top of the device, while the third is located at the back, on the side of the optical unit of the tablet.

Comes with a S Pen, it can be stored in the cover (at the fold, between the part separating the screen from the keyboard). If it has the same characteristics as the stylus of the S7 +, it is however not connected like the S Pen Pro which allows the accessory to be connected to a smartphone in Bluetooth like the Galaxy Note. 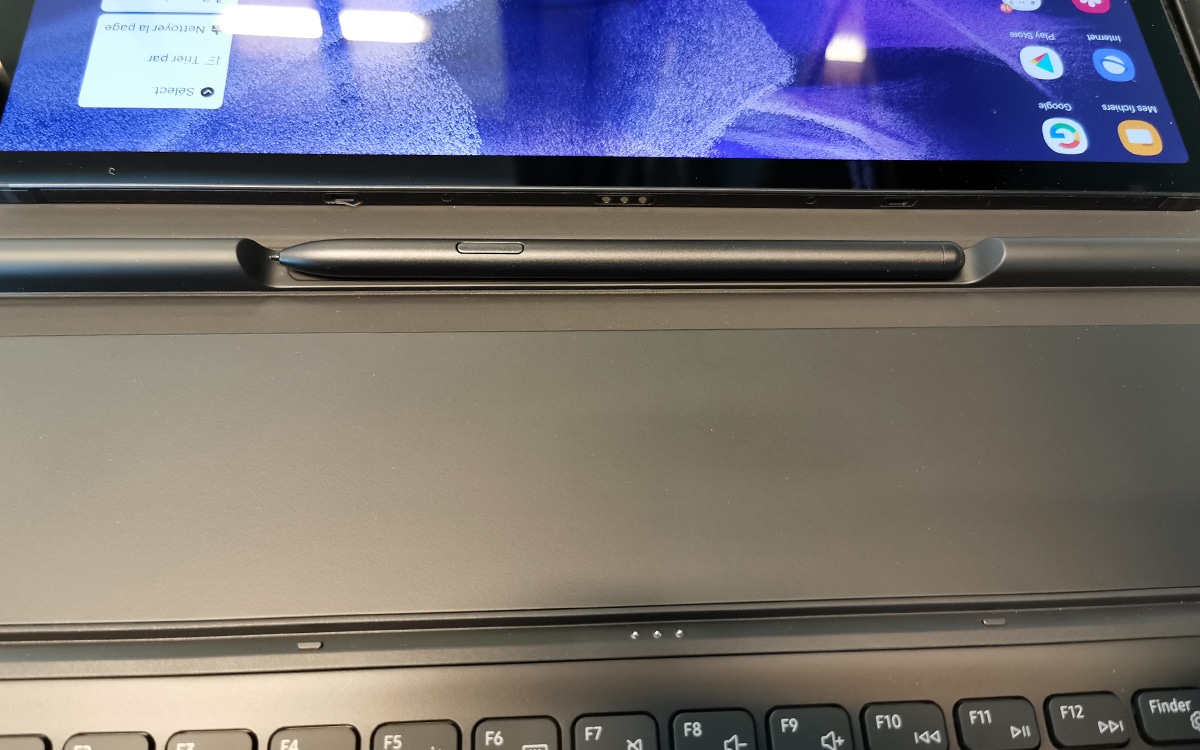 The Galaxy Tab S7 FE is marketed in two versions:

The tablet will be available from June 18, 2021. For any pre-order made after May 27, Samsung is offering either the slim keyboard or the black Galaxy Buds headphones.

Galaxy Tab A7 Lite: the worthy replacement of the Tab A8

Now let’s move on to the Tab A7 Lite. It is obviously a much less expensive product in question, since this tablet running Android 11 / One UI 3.1 goes below the 200 euros mark. The device takes the continuation of the Tab A8, whose marketing ends this month. Despite a similar overall size to the latter, there is a 16% larger display area. The edges of the screen are also thinner than on the previous tablet model.

In terms of processor, we benefit from a Mediatek MT8768T, the same that equips the Honor X7 tablet released a few weeks ago. Minimum price requires, there are only two speakers, but all the same a jack and a USB-C connector for fast charging 15 W. Samsung also includes in the box of the A7 Lite a fast charger of 16, 75 W. As for the battery, it is a 5100 mAh accumulator.

The tablet weighs between 366 and 371 grams depending on the model chosen. Because there are two models of Galaxy A7 Lite available: 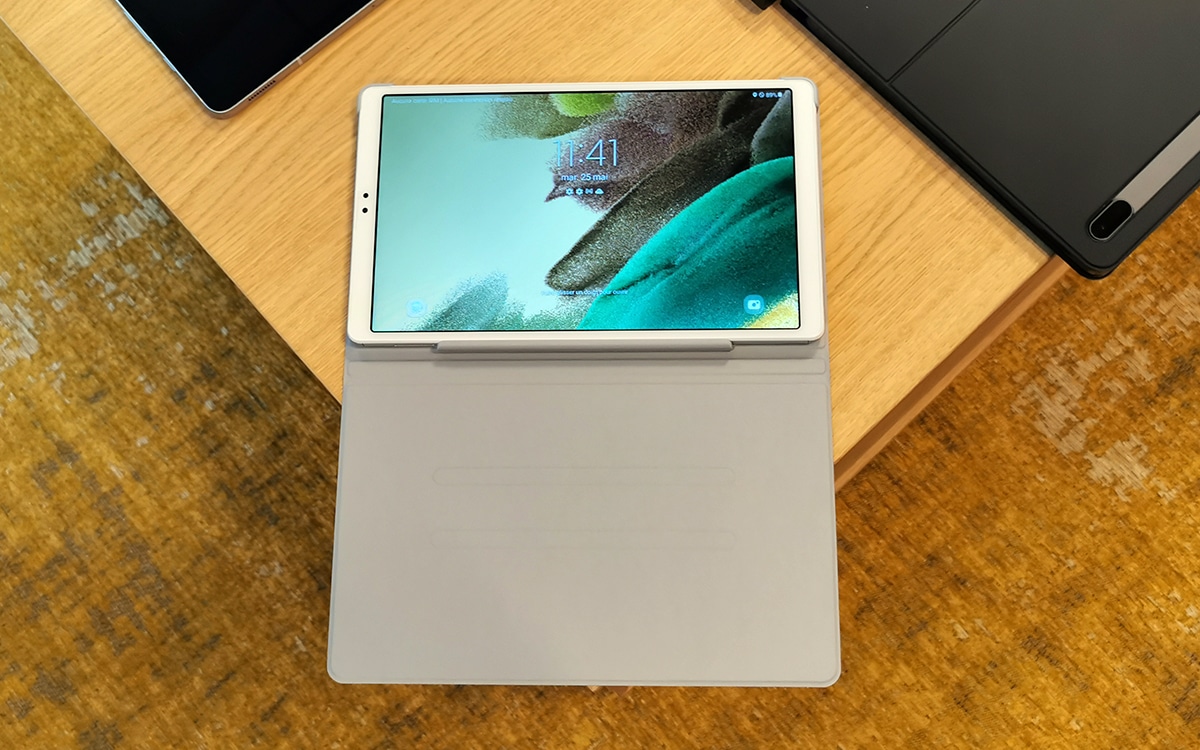