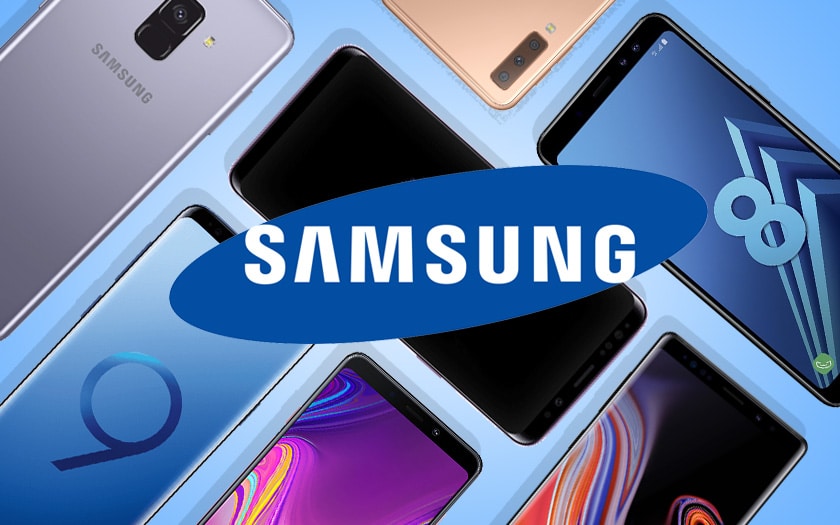 Want to buy one of the best Samsung smartphones in 2020? It must be said that there is no shortage of choice, and it is sometimes difficult to navigate. This guide will help you choose the best smartphone from the Korean manufacturer according to your expectations, your needs, but above all according to your budget.

Our selection of the best Samsung smartphones

Today, people want Samsung for Samsung, and the manufacturer intends to meet that demand. But as the Galaxy Note 20 draws closer, you wonder which Samsung smartphone to choose ? Don’t panic: thanks to this guide, you will be able to perfectly determine your expectations… but also your budget. 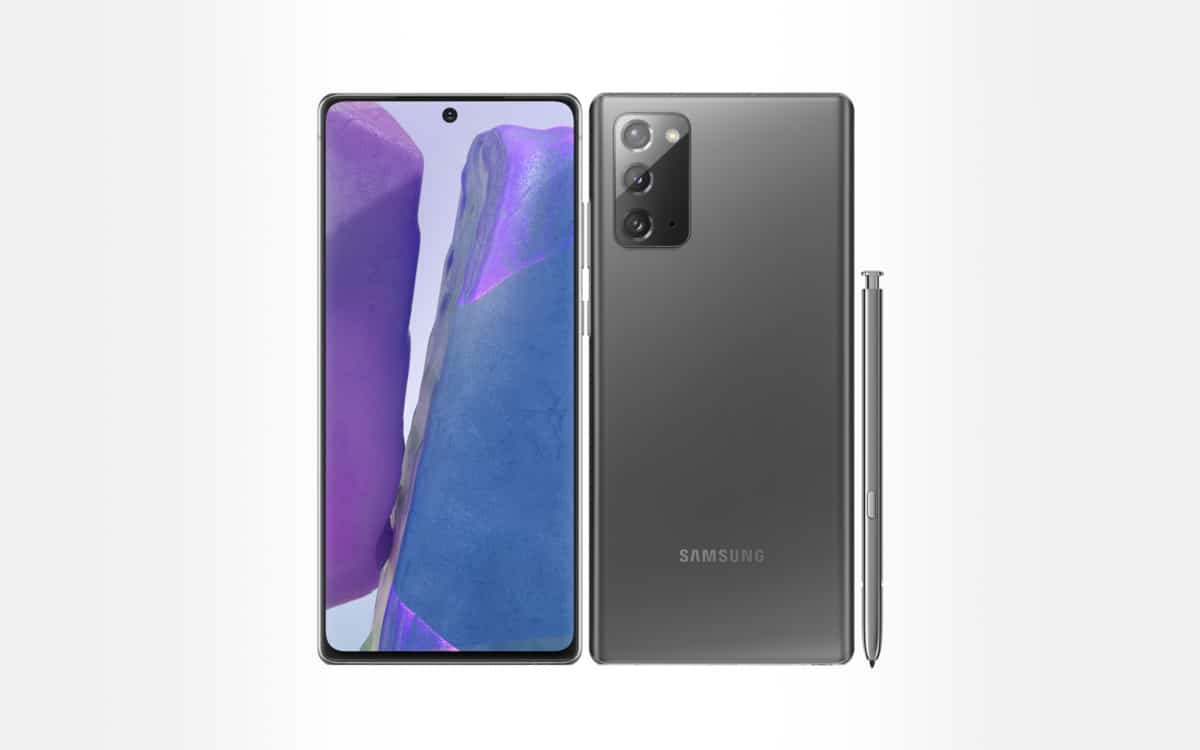 Samsung’s new Samsung Galaxy Note 20 has established itself as one of the best smartphones ever made by the company. It is displayed at a starting price of 959 € for the 4G version and 1059 € for the variant compatible with 5G.

Even more upscale, the Samsung Galaxy Note 20 Ultra is also more expensive. It is available at the starting price of 1309 euros for the 256 GB version and 1409 euros for the 512 GB edition. The smartphone is compatible with the future 5G network and is available in 3 colors: Mystic Bronze, Mystic White and Mystic Black . For an in-depth analysis, we invite you to read our full review of the Galaxy Note 20 Ultra.

To see: the best offers to buy the Samsung Galaxy Note 20 and Note 20 Ultra at the cheapest price 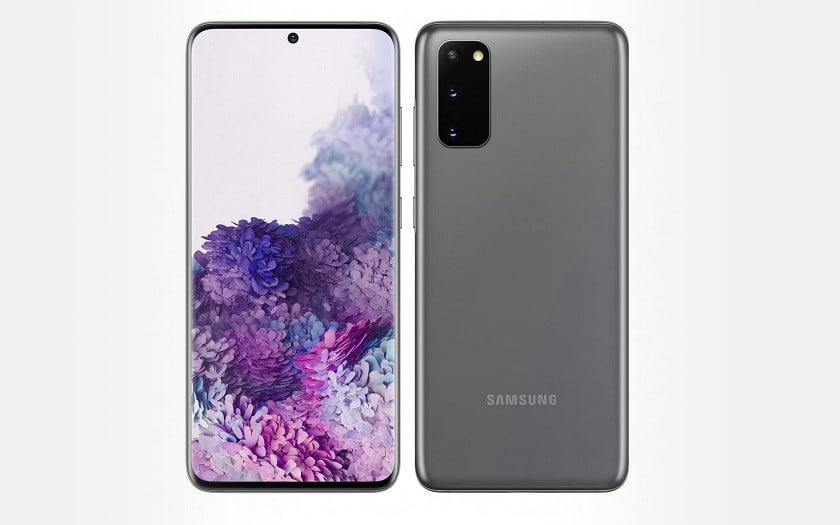 Unveiled in early February at a conference in San Francisco, the Samsung Galaxy S20 is the new flagship of the Korean firm. It sports a superb 6.2-inch, Quad HD + definition screen offering a refresh rate of 120 Hz with a central hole that houses the selfie camera. The photo part is excellent since there is a triple 64-megapixel photo sensor.

Under the hood, we find the Soc Exyos 990 engraved in 7 nm, coupled depending on the version with 8 or 12 GB of RAM memory. Enough to handle all everyday tasks without any slowing down and run the latest 3D games without flinching. Finally, the terminal incorporates a battery with a capacity of 4000 mAh compatible with 25W fast charging. 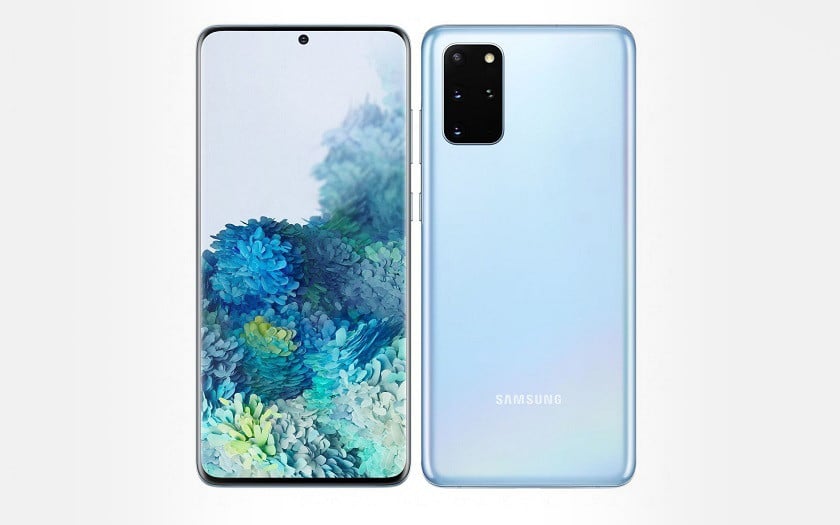 The Samsung Galaxy S20 + is a cut above its little brother with 5G entry-level compatibility. It’s also a bit bigger with a 6.7 ″ Quad HD + display: (3200 x 1440) – 525 ppi ( 120Hz refresh). It remains an excellent alternative between the S20 and S20 Ultra and offers almost similar characteristics as the most high-end model, with 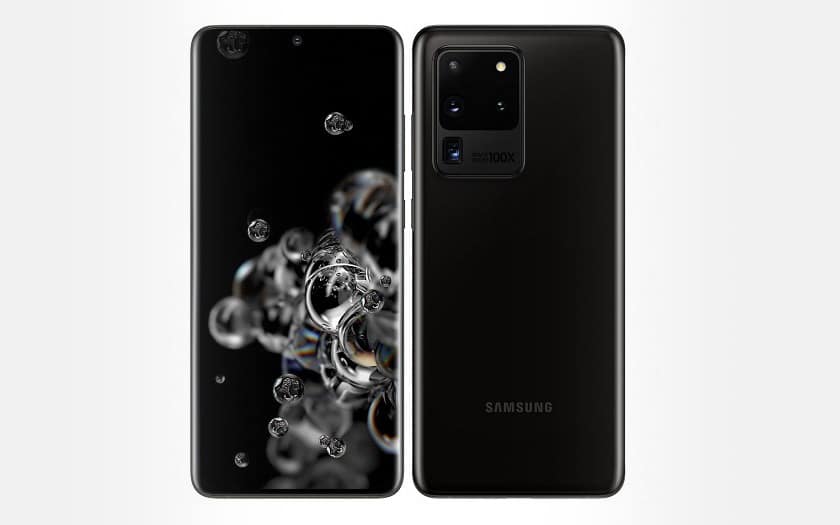 The most high-end model of the S series, the Galaxy S20 Ultra is intended for people who want the best on the smartphone market in 2020. It stands out with its main 108MP photo module, a 12MP wide-angle sensor as well as a 10X hybrid zoom of 48MP and a front sensor of 40MP. This edition also promises superior performance thanks in particular to the integration of 16 GB of RAM memory: a first on the market. 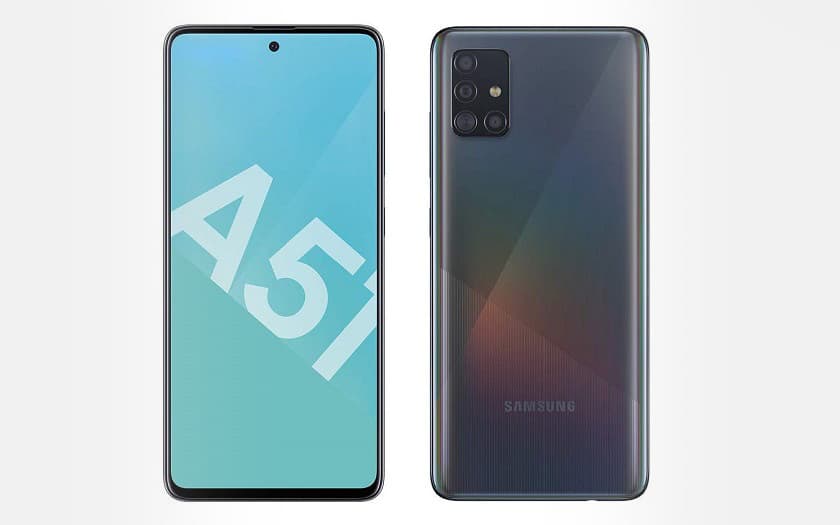 Released in early 2020, the Samsung Galaxy A51 is a real evolution of the A50. The latter offers a technical sheet worthy of the best mid-range. We thus find an Exynos 9611 SoC which is supported by 4 GB of RAM and internal storage of 64 or 128 GB. It has a 6.5-inch Infinity-O Super AMOLED screen and will be launched under Android 10 with One UI 2.0, well before the Galaxy S11. Its battery has a capacity of 4000 mAh. It is available from € 379.

To see: the best offers to buy the Samsung Galaxy A51 at the cheapest price

Successor of the already excellent A70, the Galaxy A71 has strong arguments to position itself as one of the most versatile smartphones of the moment. Fingerprint sensor under the screen, quadruple photo sensor, long-lasting battery compatible with fast charging.

New features include a new Infinity screen, a minimalist design and a super video stabilizer ensuring stable videos even in action. Thanks to the ultra wide angle sensor and artificial intelligence.

To see: the best offers to buy the Sasmung Galaxy A71 at the cheapest price 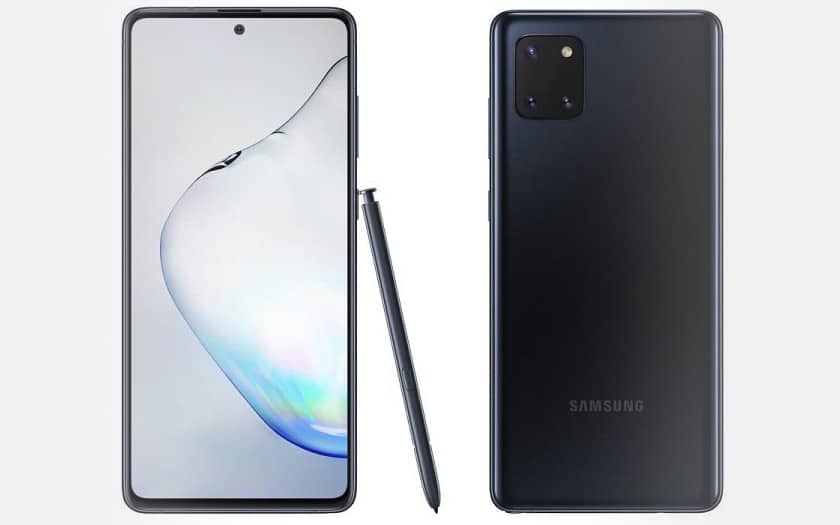 Less premium than the Galaxy Note 10 and Note 10+, the Note Lite is the first of the smartphones in the range to be accessible. Available from € 609, it represents an excellent alternative to the first two variants which can prove to be quite expensive for some users.

The Note 10 Lite is compatible with NFC, LTE (dual SIM), WiFi ac dual band, Bluetooth 5.0, GPS (Glonass, Beidou, Galileo) and USB type-C. Its S-Pen stylus (it’s a Note, let’s not forget) is the same as that of Note 9 : it is bluetooth compatible and can control some applications. On the other hand, it does not include an accelerometer like that of the Note 10. The pre-installed version of Android is obviously Android 10, decked out with the One UI 2.0 overlay.

To see: the best offers to buy the Samsung Galaxy Note 10 Lite at the cheapest price 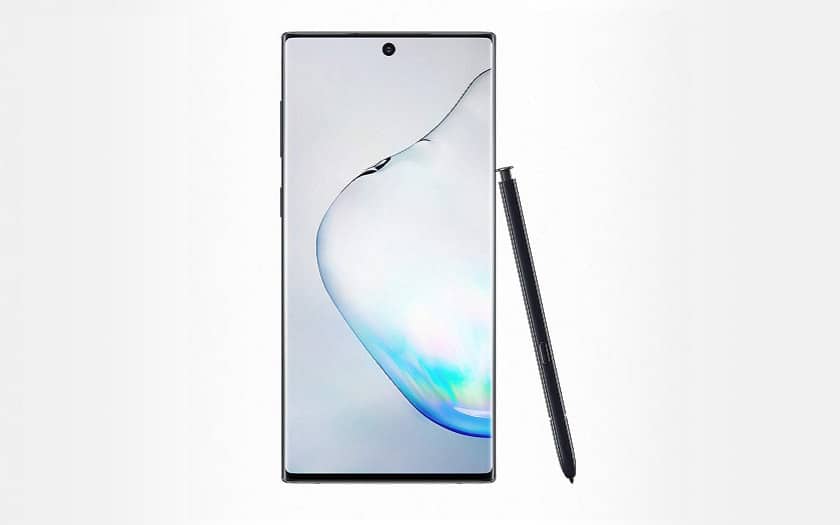 Currently, hard to beat the Galaxy Note 10 and Note 10+, the latest Android monsters. As usual with its flagships, Samsung offers smartphones equipped with the best screen on the market, the know-how of the South Korean manufacturer is still confirmed here. Another element sought after by users, the camera also offers excellent quality and stands up to what Huawei offers with its P30 Pro.

More expensive, the Note 10+ is also more efficient. It has an additional depth sensor for the photo, a 6.8-inch screen (against 6.3 for the Note 10) with better definition, an Exynos 9825 SoC more efficient than the Exynos 9820 of the standard model, and 12 GB of RAM. The battery is also superior (4300 mAh against 3800 mAh) and the fast charging (45W) more efficient.

To have : the best deals to buy the Samsung Galaxy Note 10 / 10+ at the cheapest price 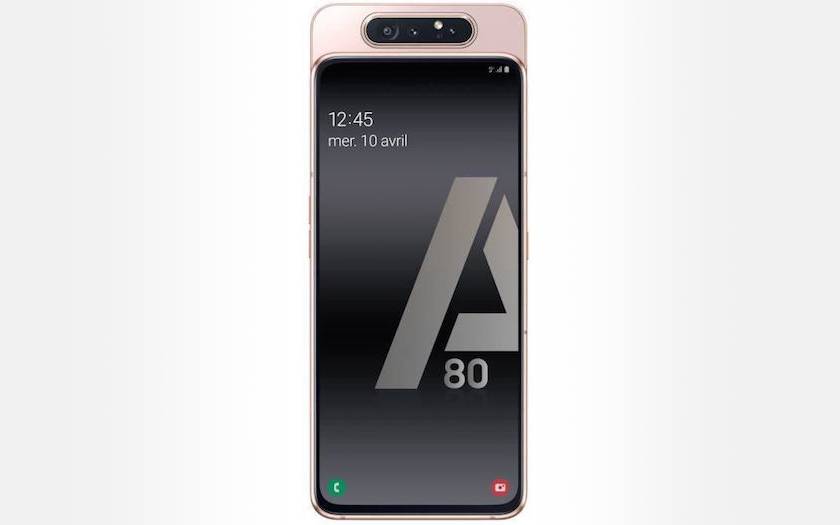 Released in May 2019, the Samsung Galaxy A80 offers a technical sheet worthy of a mid-range smartphone at a reasonable price. Available at a fairly steep starting price of € 659, it is possible a few months after its release to get it for € 499.

Compact and affordable, the Galaxy A40 has a 5.9-inch Super AMOLED panel with Full HD + definition (2340 x 1080 pixels), a very luxury configuration for a smartphone at this price. Samsung equips its smartphone with an Exynos 7885 processor, along with 4GB of RAM and 64GB of storage (expandable by microSD up to 512GB). The Galaxy A40 has a relatively comfortable 3100 mAh battery in view of its screen size (5.9 inches) and its components. 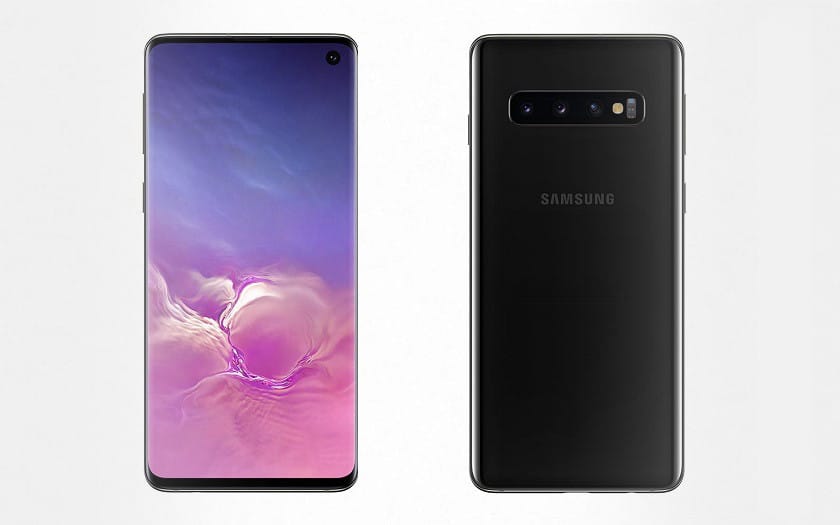 The S10 is arguably one of the most successful high-end premium smartphones released in 2019. Available in two variants, the S10 and S10 + all as was the case on the previous model, the Galaxy S10 and S10 + sport an Infinity display. -O with a hole, like what Honor offers with its View 20. Still no notch, which will delight those or those allergic to this fashion launched, remember, by Apple with its iPhone X.

Under the hood, we find one of the best processor of the moment engraved in 7nm, namely the Samsung Exynos 9820 supported by 6 or 8 GB or 12 GB of RAM depending on the version. Another big innovation is an under-screen ultrasonic fingerprint reader. As always, Samsung has also improved the classic camera. 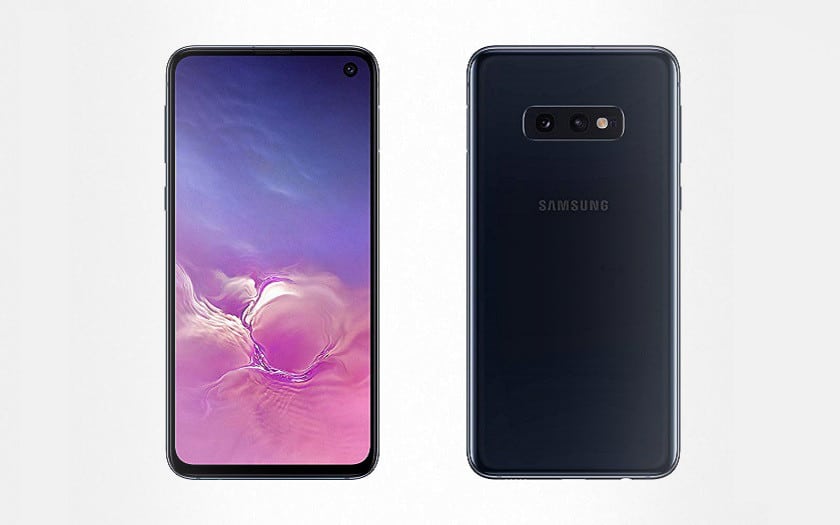 More affordable than the normal variant of the S10 or S10 +, the Samsung Galaxy S10e comes with the bare essentials. To reach the price of 759 €, the manufacturer made some concessions. No fingerprint sensor under the display since the latter is located on the right edge of the phone, near the power button. No triple photo sensor too, but a double module on the back. On the battery side, count on a fairly low capacity of 3100 mAh.

On the design side, it still benefits from an Infinity-O screen, with a single hole in the AMOLED panel, like the standard S10, for a single camera. However, it is a non-curved screen with only FHD + definition. There is a flat panel, for the first time on a high-end Samsung smartphone since the Galaxy S7. Unsurprisingly, the technical sheet of the S10e is more modest than that of its big brothers. The terminal has to be content with 4 GB of RAM and 128 GB of internal storage. 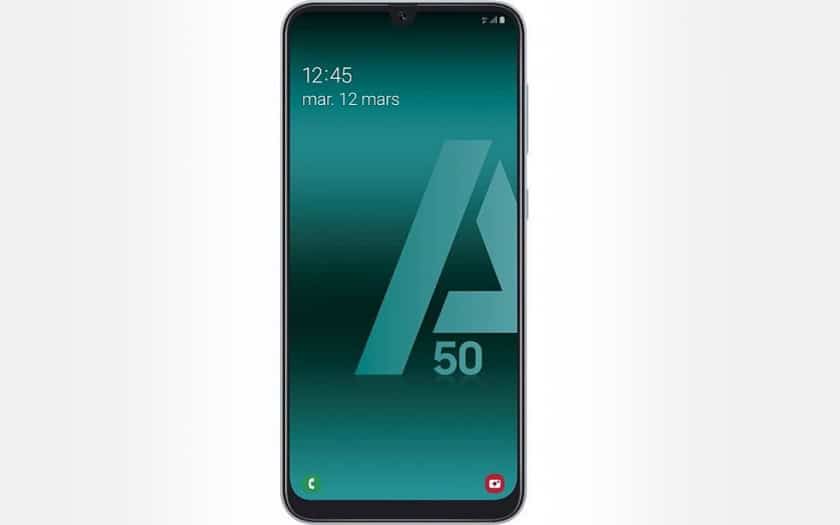 The Galaxy A50 offers three photo sensors like the previous version, but the main sensor goes from 25 MP to 48 MP. The other two have not changed and are still 8 and 5 MP. For selfies, the old 25 MP sensor also goes up in definition and goes to 32 MP. The other characteristics remain the same.

To have : the best offers to buy the Samsung Galaxy A50 at the cheapest price 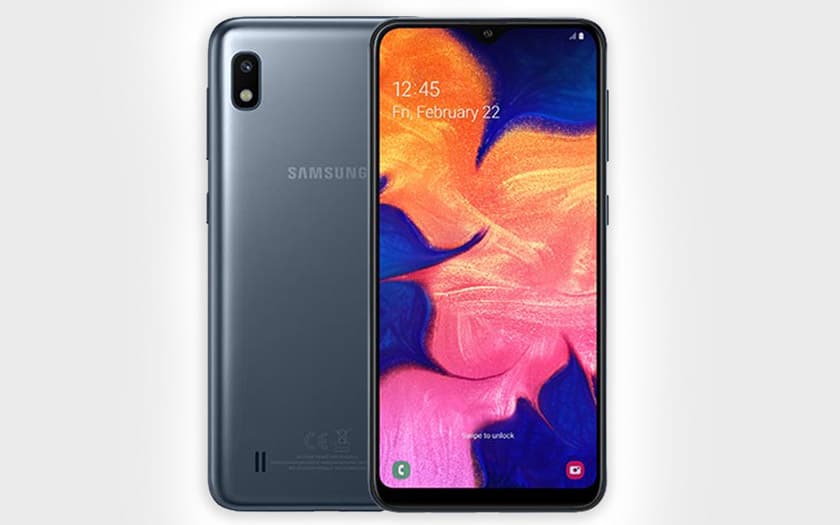 🤔Who is the manufacturer Samsung?

Since the smartphone is a smartphone, Samsung has been number 1 in the market thanks to an extensive line-up across all ranges and at the forefront of all aspects of what makes a good smartphone. In recent years, it has become so legitimate that it does not even need to play the direct and aggressive comparison with Apple to be heard.

📱Why buy a Samsung smartphone?

Who says Samsung, says a guarantee of quality. The Korean manufacturer since the launch of its first Galaxy S has continued to innovate over the years. Buy a Samsung smartphone for the quality of finish, for the components it integrates, for the quality of its screen with AMOLED technology which, unlike standard LCD screens, reduces the brightness of sunlight to maintain good visibility in all lighting conditions.

In addition, Samsung smartphones are backed by a 24-month manufacturer’s warranty for parts and workshop labor, including the battery and accessories. As a result, Samsung will repair or replace the defective product free of charge and, if applicable, reimburse it.

👍Our tests of the best Samsung smartphones

To get an idea of ​​the quality of Samsung smartphones, you can read our detailed reviews on them. From the very high-end Galaxy Note 20 Ultra traditionally intended for a professional audience or the Galaxy S20 + through more accessible models such as the excellent Galaxy A51, a smartphone that is positioned as a competitor to the Honor 9X or Redmi Note 8 from Xiaomi.