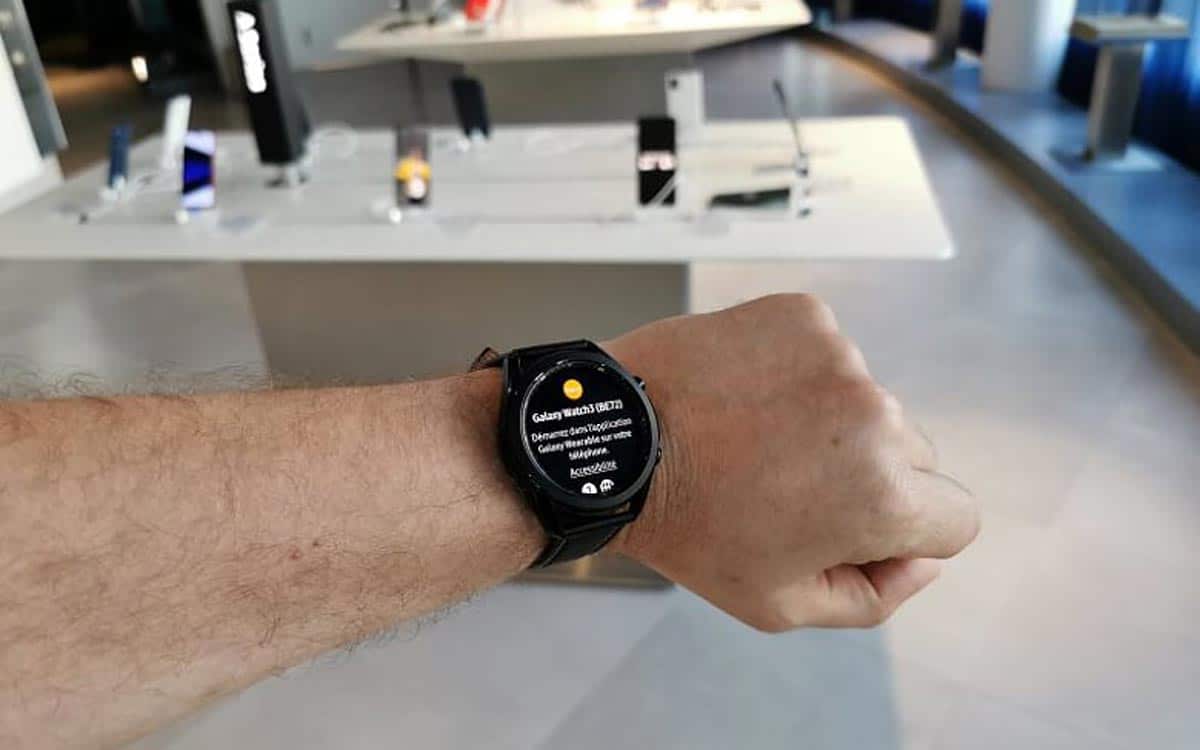 Samsung could include a new sensor in future iterations of the Galaxy Watch. It is believed to be a sensor to measure blood sugar levels. The objective is to provide a solution that facilitates this measurement for diabetics. This new sensor would arrive in a connected watch from Samsung in the second half of 2021.

Connected accessories are intended to accompany us on a daily basis. Watches and bracelets are not only extensions of the smartphone, but also tools to monitor important signals from our body. The first sensors to appear in watches (and in some smartphones, notably at Samsung) were used to measure heart rate. These are the famous heart rate monitors.

More recently, we have also seen another sensor called an oximeter appear in watches and bracelets. It measures the oxygen saturation in the blood (SpO2) and the maximum amount of oxygen (VO2Max). Unlike the ECG, this sensor does not have scientific or medical certification. And you find it very often now.

After oxygen, a watch could measure blood sugar

Samsung could further strengthen this offering with one of these upcoming watches. Korean media claim that the manufacturer is developing a sensor for measure blood sugar (or, more colloquially, the blood sugar level). This measure is mandatory for diabetics, because too high a sugar level can lead to serious consequences (loss of consciousness, damage to certain organs, cardiovascular complications, infections, etc.). In France, 5.3% of the population has one of the forms of diabetes.

Today, a patient must perform a analysis from a drop of blood (and therefore prick your finger). According to Korean media, the sensor developed by Samsung would be less restrictive, since it uses a laser. Either light. This is the method called Raman spectroscopy. The idea is to analyze the composition of the blood using the light projected by the sensor (much like measuring SpO2 oxygen, for example).

At the last CES in Las Vegas, a Japanese start-up called Quantum Operations, reportedly showed a prototype smartwatch. It is equipped with a sensor which measures the level of sugar in the blood using Raman spectroscopy. In 20 seconds, the watch is able to measure the user’s blood sugar. A very promising result.

A commercial launch expected in the second quarter of 2021

According to the Korean media, Samsung would be ready to launch a connected watch equipped with this new technology this year. However, the launch would not take place before the second half of 2021. It will therefore be necessary to wait a few more months before being able to test this new function. The first equipped model could be the Galaxy Watch Active 3 or the Galaxy watch 4. As a reminder, the Galaxy Watch Active 2 was presented by Samsung in August 2019 and the Galaxy Watch 3 a year later. On the other hand, the Korean media does not specify whether this blood glucose sensor would be subject to the same restrictions as the ECG. It seems logical to us that it does.

This is not the first time that a large firm has tackled the problem of diabetes and the comfort of patients who have to measure their blood sugar levels several times daily. We still remember an initiative developed by the department Google X from Google in 2014 (the band was not yet called Alphabet). This project called Smart Lens relied on smart contact lenses that measured sugar levels in tears. And thanks to microcircuits, the lens was then able to alert the user on his smartphone if a certain rate was exceeded. The project was sold to Alcon, a subsidiary of Novartis. Unfortunately, three years later, the Swiss pharmaceutical group abandoned the project.