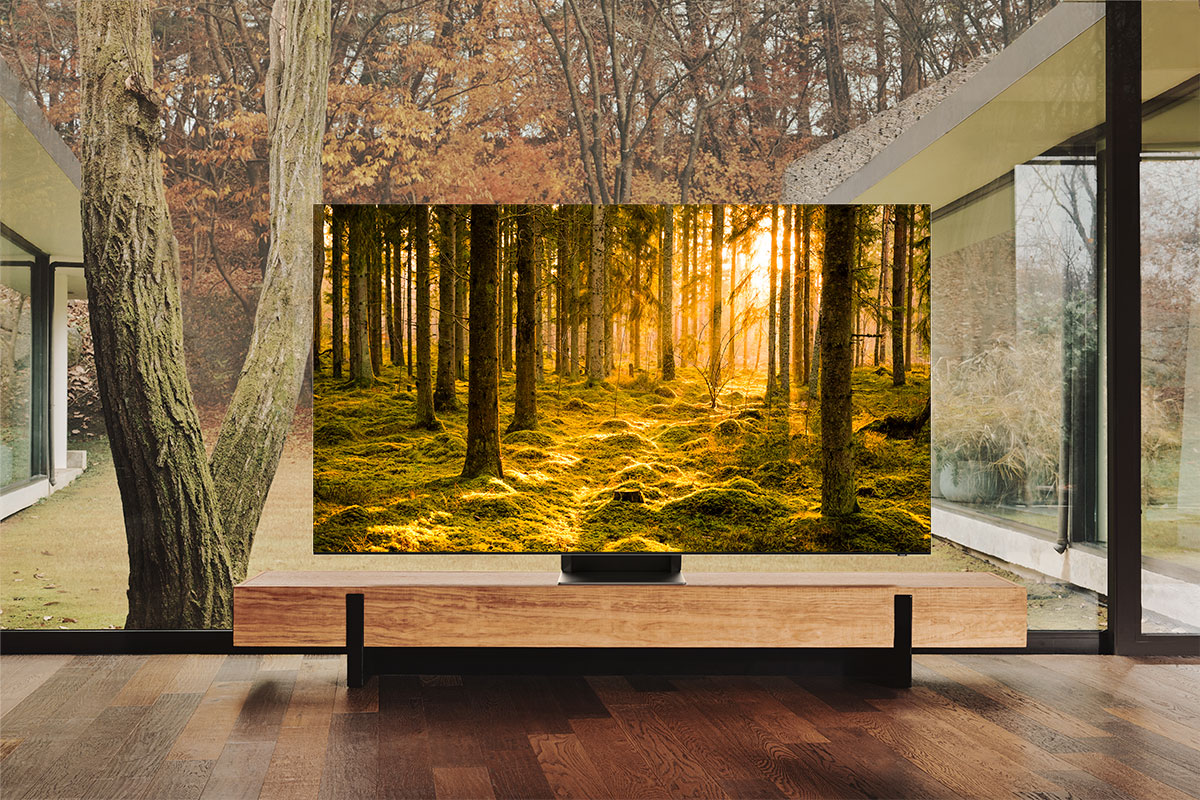 Undisputed leader in the premium television market, Samsung has taken the turn for a few years now to 8K, which displays an image with four times more pixels than 4K definition. The manufacturer wants to democratize 8K and 2022 promises to be a key year for this technology. To make it available in a larger number of homes, the brand has decided to launch a major promotional offer (detailed at the end of the article) which allows significant savings to be made on the purchase of Samsung Neo QLED 8K TVs.

The new Samsung Neo QLED 8K range benefits from a design ultra fin de 15 mm with an Infinity bezel-less display covering 99% of the screen areafor a stunning aesthetic effect in the living room and an immersion in the image as we had never seen before.

The televisions are designed to facilitate wall hanging and thus take up less space in the room. Arranged in this way, they allow you to replicate a real cinema experience and turn into real paintings when you are not watching television.

For those who prefer the free-standing option, the One Connect remote box allows you to group all your connections in order to have a cable organization worthy of a professional and not to have wires lying around here and there, and which could degrade the harmony and decoration of the room. 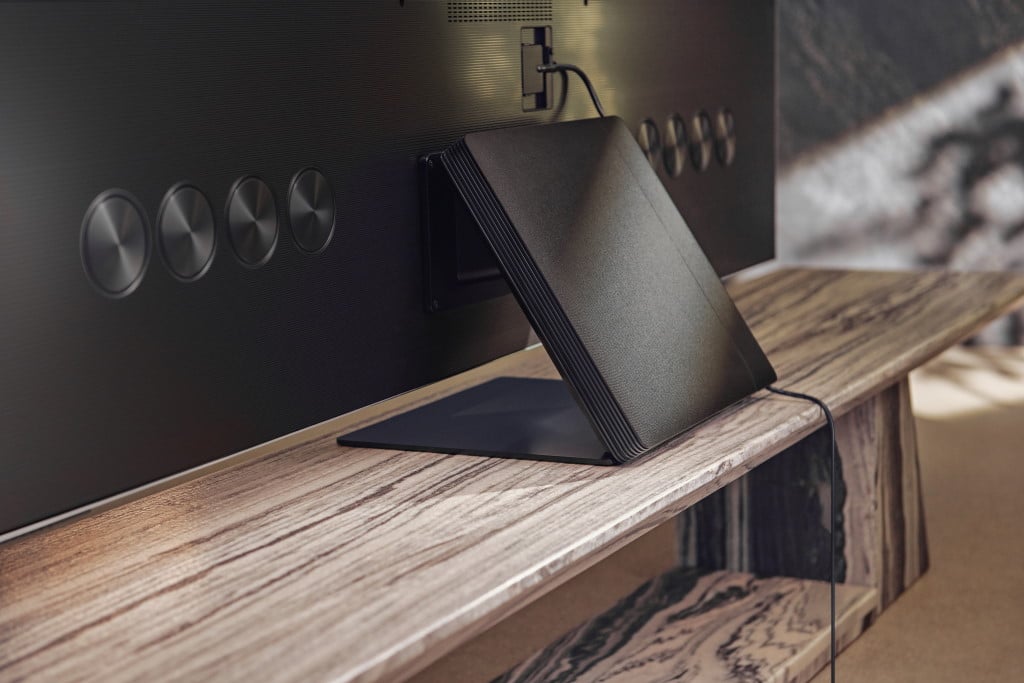 With their 8K definition, the Neo QLEDs display 33 million pixels on screen, a quality that allows you to benefit from a much more detailed and rich image than in 4K. It is also an investment for the future: 8K content will be developed, and you will already be equipped to enjoy it immediately, without having to buy a new device.

In addition, Samsung Neo QLED 8K is equipped with the Neo Quantum Processor 8K, an artificial intelligence boosted chip capable of real-time upgrading the image resolution to 8K, even if the original content is in lower quality and is not natively optimized for 8K. 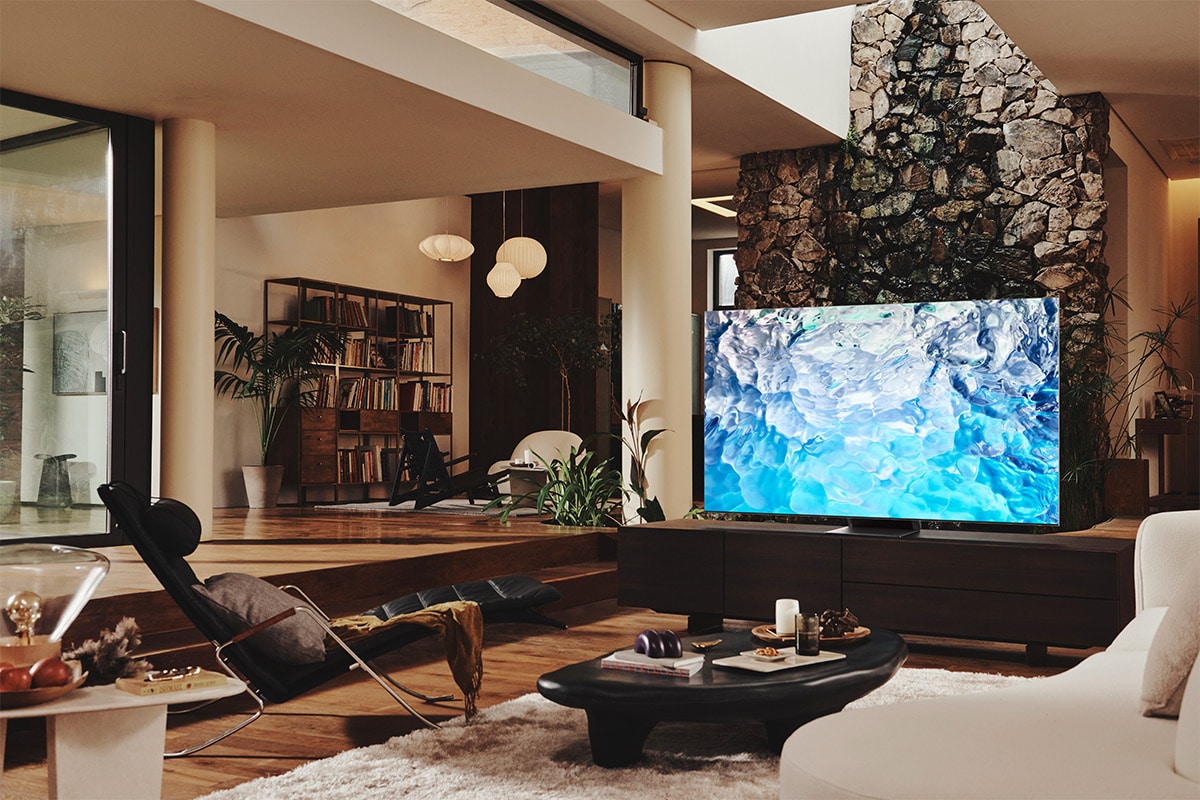 Embarking Quantum Mini LED technology, these TVs have a very large number of independent backlighting zones, which results in a more precise and faithful image. The brightness also benefits and, combined with the anti-reflective filter which distributes the light evenly, you will be able to watch television in good conditions even when the room is bathed in natural light.

References beyond 65 inches rely on the Quantum HDR 4000 for infinite contrasts (Quantum HDR 3000 in 65”) and to make the most of compatibility with the HDR10+ standard, used by many works on Blu-Ray or on streaming platforms. The colors are bright and vibrant; they dazzle the viewer.

Immersion also goes through the audio, but many manufacturers neglect this point, often forcing the purchase of a sound bar for a good sound experience. Samsung is ahead in this aspect and continues to establish its dominance with Dolby Atmos certification and the integration of two new upward-firing speakers. This means that you will have at least 6 speakers on board, whichever model of the range you choose.

Sound encompasses the room and we’ve never been closer to a cinema sound experience without the need for an additional hi-fi or home cinema system. The best equipped model, the Samsung QN900B, can produce a power of 90W. These two new speakers are very useful for the OTS Pro technology, which creates a multi-dimensional airy surround sound and allows the sound to follow the movement of an object on the screen.

For the most demanding, there is of course the possibility of connecting a Samsung soundbar to further improve the audio part. Fans of an immersive cinematic experience can also set their sights on the long-awaited Samsung Q900B soundbar capable on its own of sounding a living room or a home cinema room. Its arrival on the market is scheduled for the month of April. The interoperability between the brand’s TVs and soundbars makes configuration and installation extremely easy. 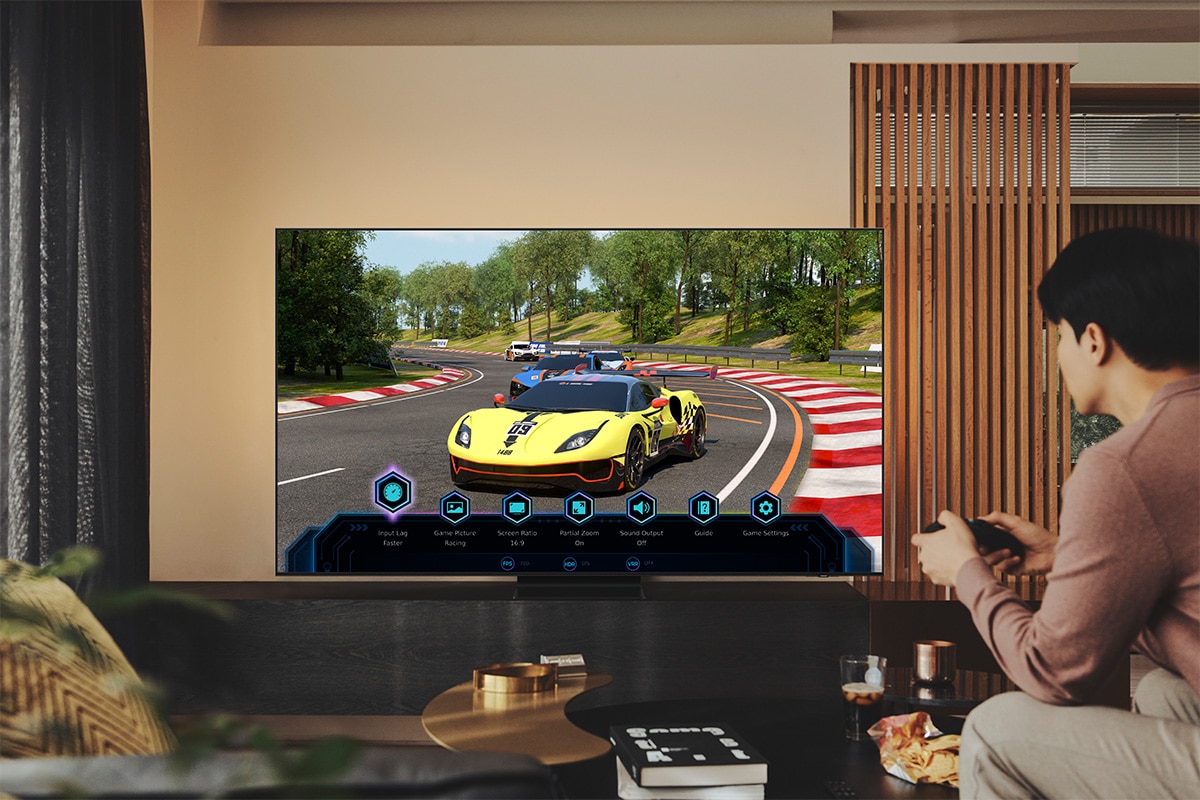 As for aspect ratios, 21:9 or 32:10 aspect ratio game modes are also supported by Samsung TVs.

A Smart TV has never lived up to its name as well as with the Samsung Neo QLED 8K. With MultiView, the user can display up to four different contents on the screen of his large television (diagonals go up to 85 inches), whether they come from the TV, a computer, a smartphone…

For example, you can watch a TV show or sports program while video calling with friends or family. You can also exercise by launching a YouTube video to follow the movements of a sports trainer while muting the sound, and watch a series or a movie at the same time. The screen of a mobile or a PC can be broadcast on the TV via mirroring.

The solar remote control does not need batteries to operate: its battery is automatically regenerated by room light, natural or artificial. You don’t have to worry about running out of juice.

Until March 24, 2022, Samsung is offering a particularly attractive pre-order offer for the acquisition of a new generation 8K Neo QLED TV. On affected models an offer of reimbursement (ODR), its value is doubled during the period. By completing the form before the deadline, you can save several hundred dollars on your high-end television.

Moreover, thanks to code promo NEOQLED2022from Galaxy Buds Pro Black headphones are offered with the TV. In addition to their excellent audio quality, they have advanced features such as active noise reduction, voice detection or touch controls.

Samsung Neo QLED 8K TVs are 24 month warrantybut an extended 10-year anti-marking warranty is also included at no extra cost, ensuring you keep your TV for many years to come.

This article was written in partnership with Samsung.