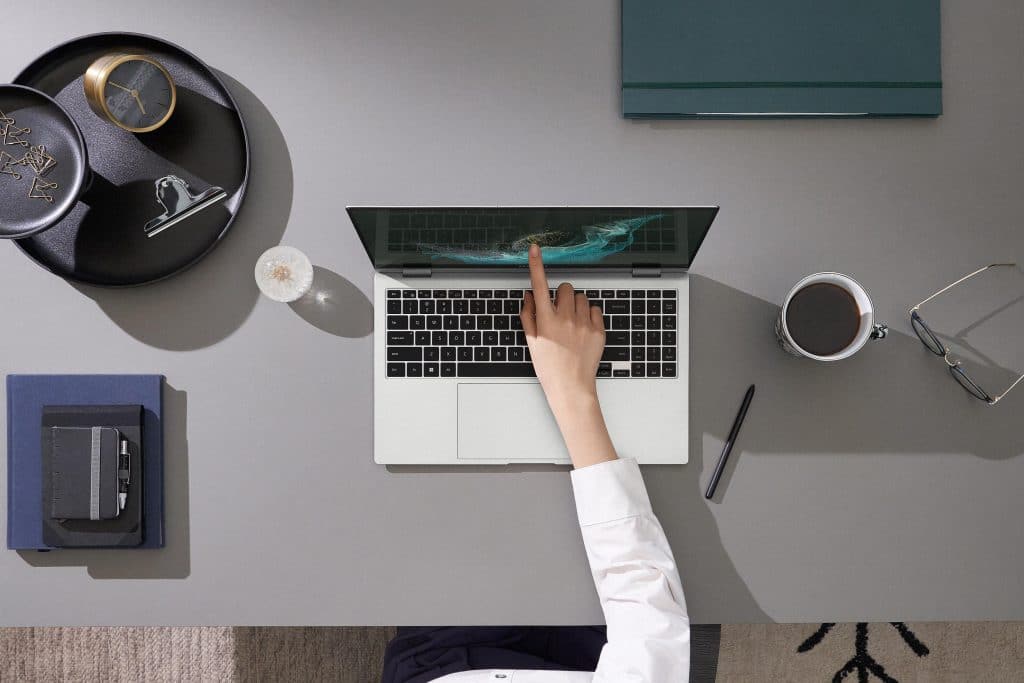 Samsung is making a resounding return to the portable PC market in France with the revival of its Galaxy Book range.

The manufacturer unveils the Galaxy Book2 Series of ultrabooks, which includes four models of computers focusing on a thin and light design as well as high performance.

Why pre-order a Galaxy Book2?

This is available until March 31, 2022 inclusive and allows consumers to obtain several advantages compared to a standard purchase.

By acquiring a Galaxy Book2 Pro, Book2 Pro 360 or Book2 360, you have the opportunity to choose between a pair of Galaxy Buds Pro wireless headphones or a 27-inch curved external monitor offered with the computer. The choice and color of the free product is made on the official Samsung website. 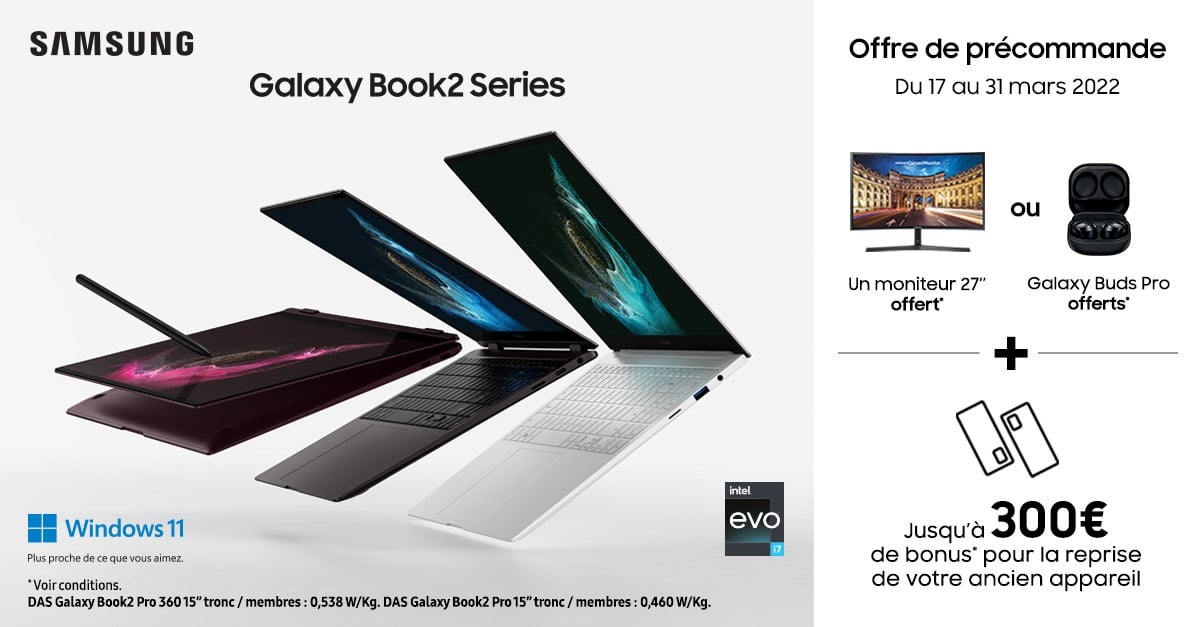 The main difference between the two models is that the Galaxy Book2 Pro comes in the form of a classic ultrabook, while the 360 ​​version is a 2-in1 hybrid laptop that can be converted into a tablet. It is also equipped with a touch screen and comes with an S Pen included. The stylus is precise and benefits from a very low latency time for a particularly fluid writing and drawing experience. The Galaxy Book2 Pro 360 can also connect to mobile networks, with 5G compatibility. Both also support Wi-Fi 6E, the latest standard in home wireless connectivity.

The 15.6 or 13.3 inch screen with Full HD + definition is based in both cases on AMOLED technology, a feature that is still rare on laptops, which very often remain stuck on LCD. This guarantees, among other things, better contrasts and deeper blacks.

For professionals and creatives, Samsung has also ensured that its computers deliver the best performance. To do this, the brand has opted for 12th generation Intel Core processors, the famous Alder Lake with an improved 10 nm engraving process. More precisely, it is the powerful i7-1260P clocked up to 4.6 GHz which is on board here. The graphics part is entrusted to an Intel Iris Xe GPU. The presence of 16 GB of LPDDR5 RAM and 1 TB NVMe SSD storage also contributes to the speed and power of the system.

Autonomy is one of the great strengths of the Galaxy Book2 Pro. It is entrusted to a 68 Wh battery, and thanks to the optimization of CPU consumption, the laptop can endure up to 21 hours of consecutive video playback. 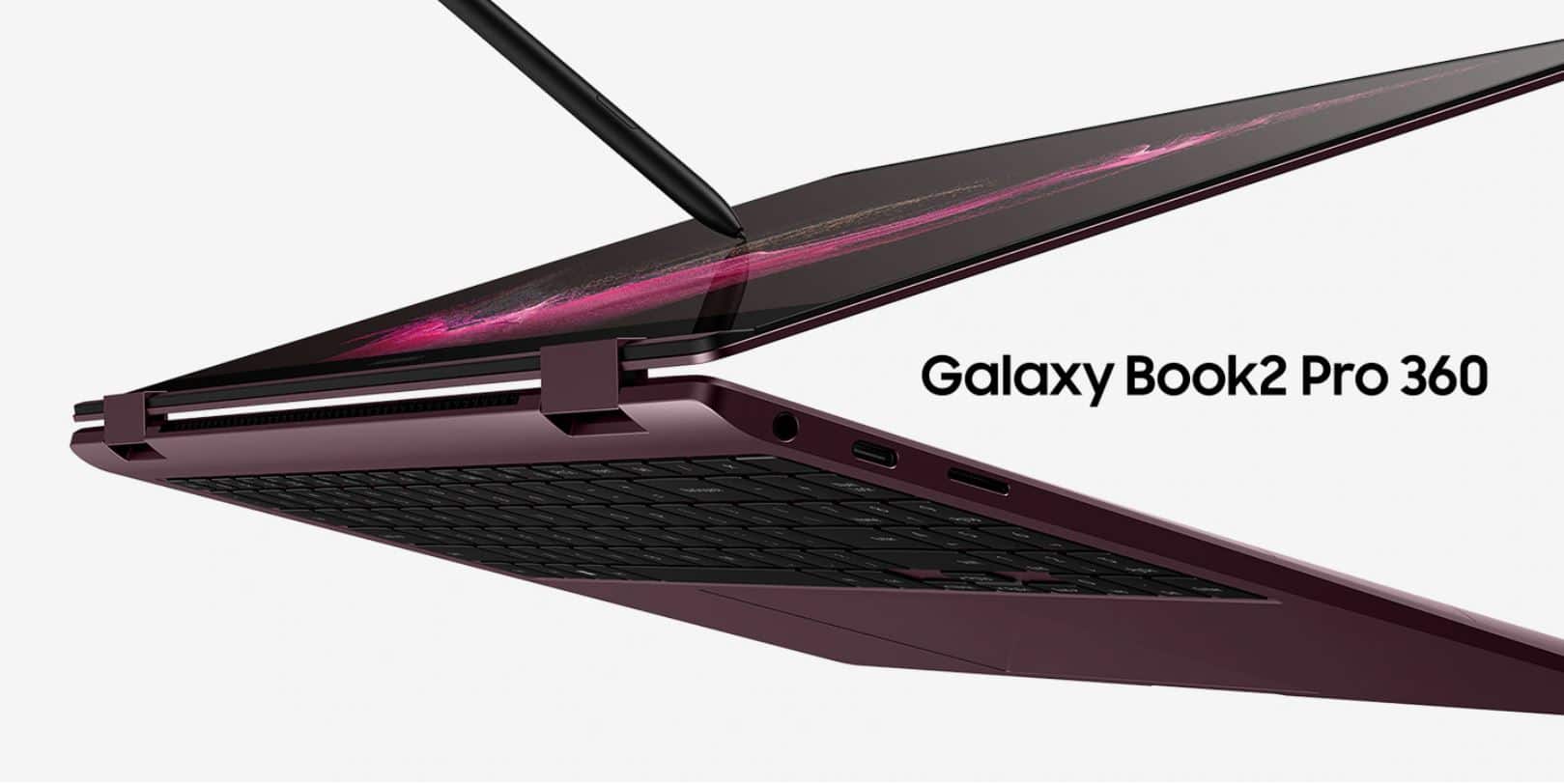 These models also benefit from a 12th generation Intel processor, with Intel EVO certification for the Galaxy Book2 360, as well as a high-end connected experience thanks to the Samsung Galaxy ecosystem. For example, you can wirelessly connect a Galaxy Tab S tablet to the computer in order to use it as an external display, with the possibility of duplicating or extending the display, and controlling everything with the only keyboard of the Galaxy Book2.

The Quick Share feature is the most practical way to send files wirelessly between different Samsung Galaxy devices: PC, tablet, smartphone… The interoperability between the brand’s terminals is impressive. In addition, Private Share allows the exchanged files to be encrypted using blockchain technology.

Note that the Galaxy Book2 will only arrive in the coming months. 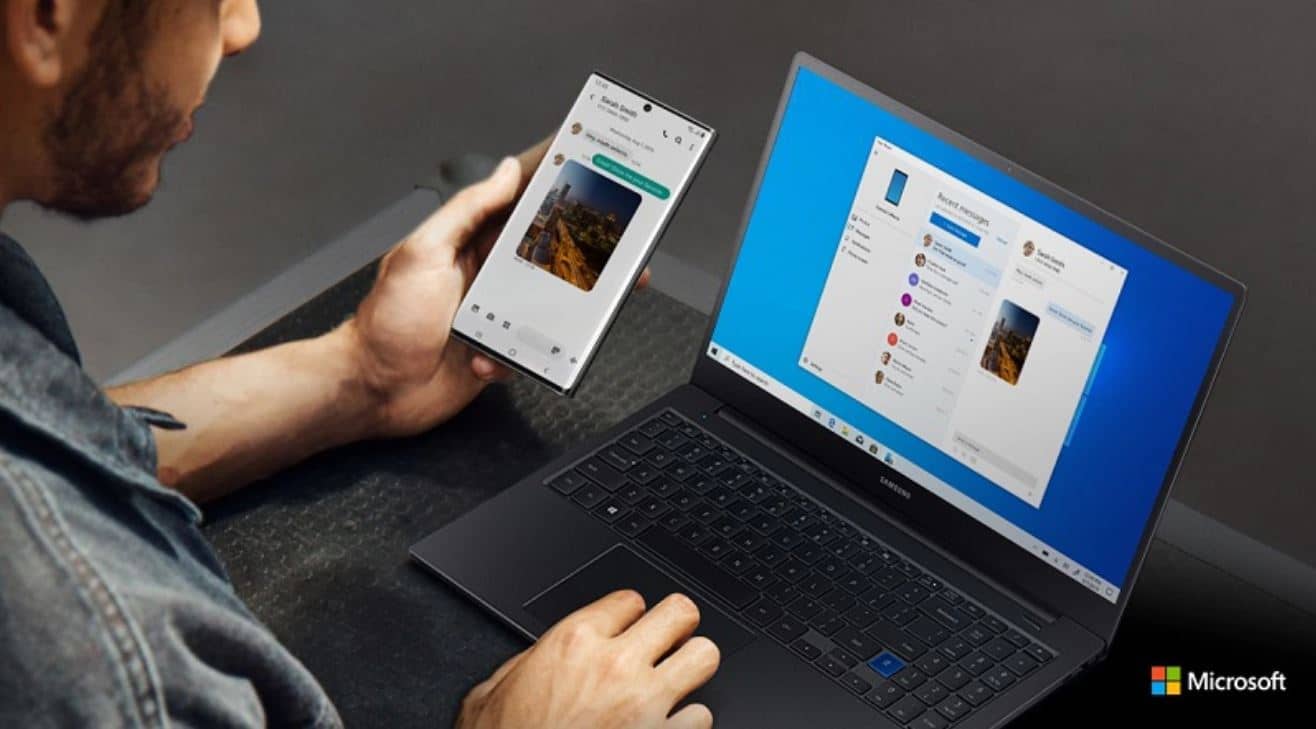 All four Galaxy Book2 series computers come with Windows 11 and Link to Windows, an enhanced version of Your Phone. You have the opportunity to use your mobile applications directly on your PC for more convenience. For home automation and control of connected home objects, SmartThings is integrated, as is the voice assistant Bixby which will answer all your requests.

This article was written in partnership with Samsung.