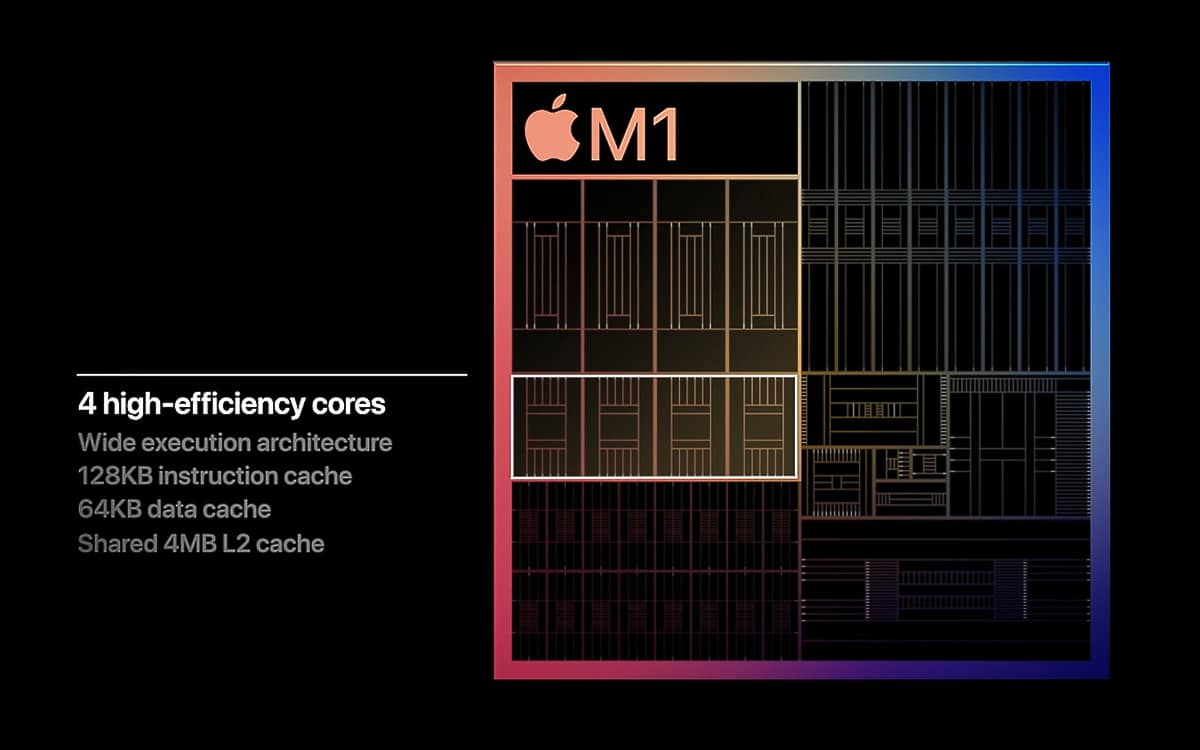 Samsung could become an Apple chipmaking partner again. Apple remains a fabless company, and has relied for 5 years on TSMC to manufacture iPhone chips. However, the additional volume of chips linked to ARM macs, and Apple’s preference not to depend on a single supplier could save Samsung billions.

By presenting three new Macs equipped with a new ARM processor called M1, Apple has really, for once, made its revolution. Apple is indeed the only computer manufacturer to abandon the x86 architecture and Intel processors, in favor of the ARM architecture. It must be said that the firm has acquired some expertise thanks to the iPhone and iPad. With impressive performance, especially against Android competition.

By fully designing its chips, Apple can fully optimize the interlocking between its hardware, the operating system and its software. So that the company can deliver performance hitherto unknown on products like the MacBook Air and Mac mini, with an autonomy worthy of the best Always-On PCs. And without necessarily costing more, since the MacBook Pro 13 ″ with M1 costs € 1,449, the MacBook Air € 1,129 and the Mac mini ARM edition (we invented a nickname for it) starts at € 130 less than the previous generation, at € 799.

Samsung and Apple, a long history

What is striking, moreover, when looking at the three new products of the firm, is that we have more or less the same technical sheet in three different products. Apple M1 chip, MacBook Air, Mac mini or MacBook Pro format, the choice is yours. With a MacBook Air that can, for example, render several 4K ProRes streams simultaneously, all without its fan giving the impression that we are going to fly, since it has none. This shows the enormous progress that Apple has made in terms of energy efficiency!

But even though the Cupertino company now designs its chips, it should be noted that “Apple Silicon”, the division dedicated to this, is a “fabless founder”. That is to say that the actual manufacture of the chips, and the research and development necessary for the development of new engraving processes, is outsourced to third-party manufacturers. A method in tune with the times, which allowed AMD to come back to Intel. For a long time – until 2015 – Samsung Foundry was one of Apple’s major suppliers.

The links between the two firms are indeed stronger than one might think. Apple has supplied it with many components since the first iPhone. But in 2015, Apple preferred to opt for manufacturing the chips at TSMC. There were probably very good reasons for this. Noises from the corridors make us understand in particular that TSMC had better packaging technology than Samsung at the time.

TSMC could end up in overcapacity, so Apple will have no choice but to call on Samsung

Gold, TSMC’s production capacities are particularly in demand at the moment, between new graphics cards from Nvidia, AMD, and new Ryzen processors, in addition to all the other leading firms that outsource chip manufacturing to TSMC. Samsung for its part is currently in an aggressive development phase of its foundry. Going as far as competing with TSMC on price.

TSMC and Samsung are the only two market players to master 5nm engraving – and are best placed to quickly switch to 3 nm and beyond. With its strategy, Samsung has thus succeeded in recovering all the Qualcomm orders to manufacture the Snapdragon 875. And with the launch of the new Macs with an M1 chip, it seems that Apple could be interested in the production capacities of Samsung.

Read also: Samsung explains how it plans to burn SoCs in 3nm, in video

A prospect that seems all the more likely that Apple has rather taken the habit of sharing subcontracting between several suppliers and avoiding depending on a single source. Therefore, depending on the sales of new Macs, Apple could find itself forced to knock on Samsung Foundry’s door. With billions of dollars in revenue for the South Korean company. It remains to be seen whether this will materialize in the short term. Response in the coming weeks.