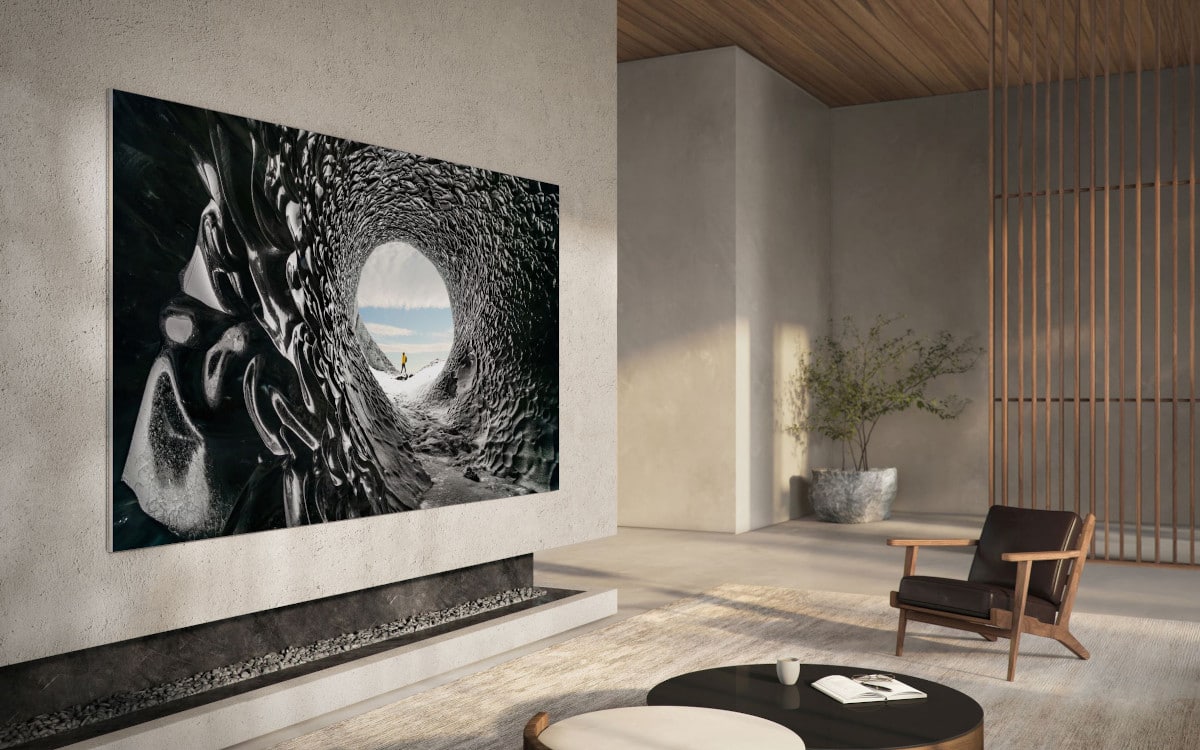 Samsung has unveiled an amazing new television. With microLED technology, it measures 110 inches diagonally, or almost 2.80 meters, and incorporates a 5.1 audio system. It is releasing these days in South Korea and will be rolled out worldwide in the first quarter of 2021.

Two years ago, Samsung unveiled its first microLED display: The Wall. It was then a product intended for professionals. Fully modular, The Wall offers a very large display area. And the MicroLED benefits from a contrast equivalent to that of an OLED panel, all with extremely thin borders. In fact, Samsung does not hesitate to compare microLED with OLED technology, because some specifications are the same. In particular, each microLED illuminates a single LED, offering high finesse.

On the other hand, like Full LED televisions (or Full Array LED at Sony), afterglow is less. We noticed with the Bravia XH90, which we recently tested, this afterglow and reduced latency. And microLED technology also takes advantage of this. In addition, the microLED does not suffer the same inconvenience as the QLED: narrow viewing angles. In short, it has everything to please.

Two years later, Samsung had yet to present a microLED television for individuals (wealthy). It is now done. Samsung unveiled in South Korea its first “prefabricated” (ie production) model with a panel 4K HDR MicroLED. And if you thought that our 85 inch Bravia XH90 test unit was too big, what would you think of this product whose screen is measuring 110 inch diagonal? Is 2.79 meters. Yes, 2 meters and 79 centimeters.

Thanks to this display size, even if the borders are not non-existent, the display-to-size ratio is almost indecent: 99.99% according to Samsung. Which basically means that they are forgotten from the first moment. And that’s not all. This TV is DCI-P3 and Adobe RGB compatible. It is able to display multiple image streams at the same time, transforming this 110-inch panel into 4 55-inch televisions. This product is compatible HDMI 2.1, of course.

This television, which is obviously built to be hung on a wall, includes a 5.1 sound system. This means that you have four speakers for the surround sound and a fifth which acts as the center point with bass support. It is certainly positioned at the bottom of the screen. 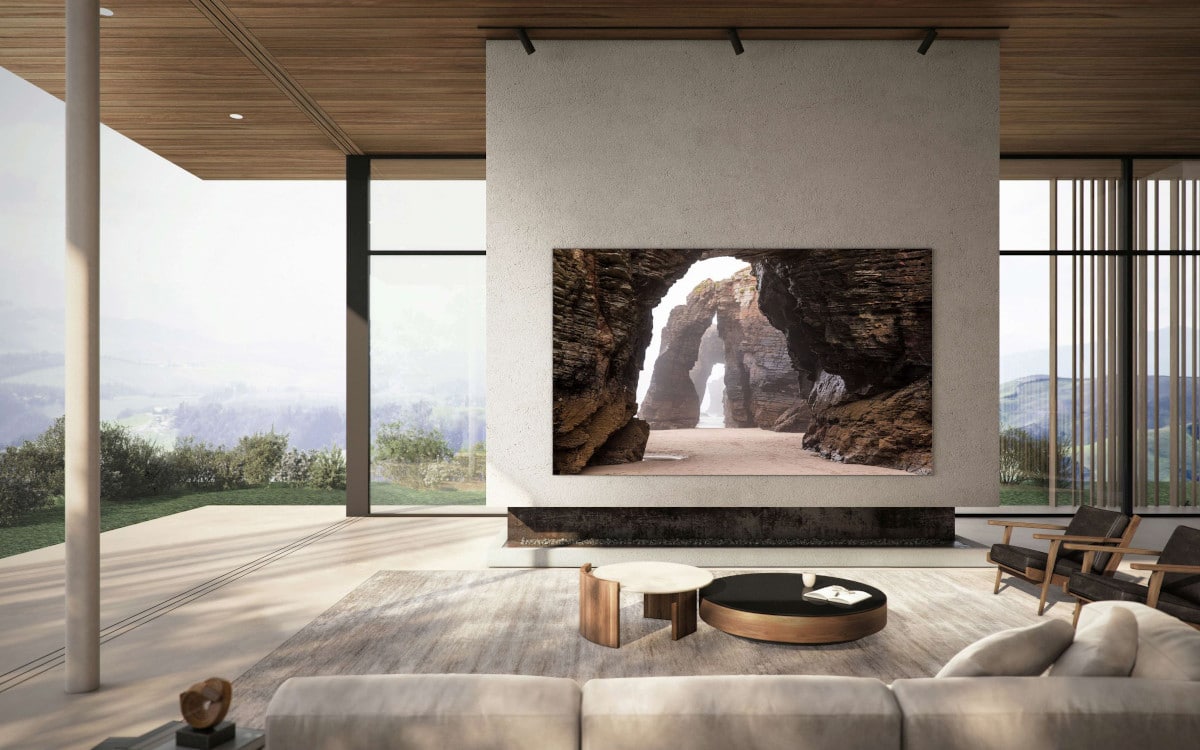 By analyzing the displayed objects, the television can modulate the scale to give the impression that the words heard are really coming from the character on the screen speaking them (the same goes for a car noise crossing the screen). This is not something new: we experimented with the latest screens from Sony.

In Europe in the first quarter of 2021

The only regret in this TV is the resolution (or pixel density as some say). Here it reaches 40 pixels per inch. This 110-inch 4K panel is equivalent to a 55-inch Full HD panel. Imagine looking at a Full HD screen all day today: your smartphone. We would have clearly preferred an 8K panel… But the price would certainly have hit the ceiling. The press release does not mention the price. And maybe it’s better this way.

This extraordinary television will be on sale in the coming days in South Korea (and more precisely in pre-order). But the Asian firm confirms that it will be available in other markets in the during the first quarter of 2021. In the meantime, it will certainly be the subject of a more precise presentation at CES 2021 (which will be virtual of course).