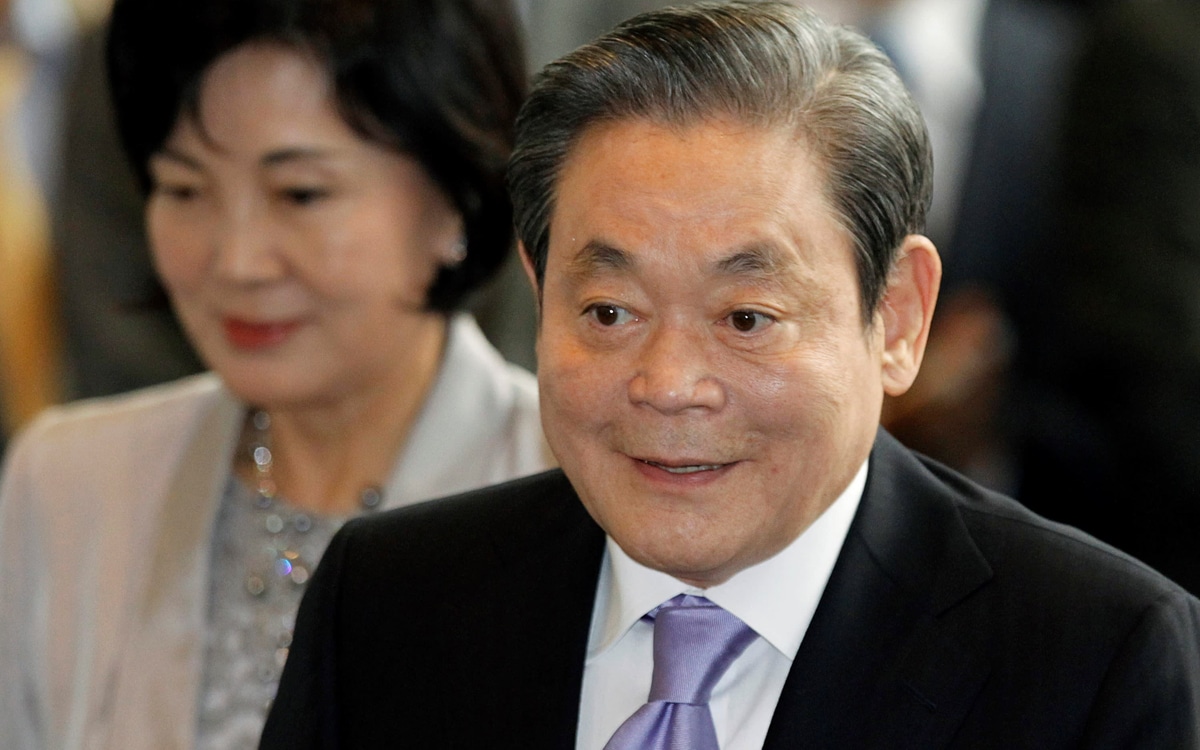 Samsung has just announced the death of Lee Kun-hee, the company’s president. Under his leadership, the Seoul giant has established itself as the largest manufacturer of smartphones in the world. Nicknamed “The Hermit King,” Lee Kun-hee has been convicted of corruption and tax evasion on several occasions during his career.

“It is with great sadness that we announce the death of Lee Kun-hee, President of Samsung Electronics” Samsung announced in a press release. Bedridden since a heart attack in 2014, Lee Kun-hee died on Sunday “in the presence of his family, including Vice President Lee Jae-yong ” at the age of 78. The latter has headed the South Korean conglomerate since 2014.

Unsurprisingly, the press release Samsung raved about Lee Kun-hee. “President Lee was a true visionary who transformed Samsung from a local company into a global leader in innovation and industrial power” argues the South Korean smartphone leader, adding that “sour inheritance is eternal ”.

Arrived at the head of the company in 1987 on the death of his father, the founder of Samsung, Lee Kun-hee allowed the group to develop internationally and become the number 1 smartphone. Today, the company’s overall turnover is equivalent to one-fifth of South Korea’s gross domestic product. Ultimately, Samsung’s financial results are intrinsically linked to the nation’s economic health.

Born in 1942, Lee Kun-hee is the son of Lee Byung-chul, the man behind the founding of Samsung in 1938. Originally, it was not a small fruit and vegetable export company with modest ambitions. After brilliant university studies, Lee Kun-hee joined the ranks of Samsung in 1968. Less than 20 years later, he took control of the family business to the detriment of his 2 older brothers, deemed unfit for the throne.

Came to power, Lee Kun-hee sets out to fundamentally reform how the company operates. Under his leadership, Samsung expanded internationally and called on foreign engineers, including several American designers. These decisions shake up the habits of Samsung engineers and encourage innovation.

Lee Kun-hee’s changes to the corporate structure have paid off. During the third quarter of 2011, Samsung dethrones Apple and takes first place in the smartphone market in the world with 20% of the market share. In the following years, Samsung established its dominance in the mobile market. Despite fierce competition from Huawei, the South Korean manufacturer remains the world’s number 1 smartphone.

Corruption, tax evasion and fraud … the heavy legacy of Samsung

Very close to South Korean power since its founding in 1938, Samsung has a long history of financial scandals under its belt. Like his father’s, Lee Kun-hee’s reign was marked by several cases of fraud. In 1996, he was thus found guilty of corruption. Same story in 2008. After investigation, it was proved that Lee Kun-hee had set up a slush fund intended to bribe judges and magistrates. Thanks to his connections at the top, he was pardoned by South Korean President Lee Myung-bak the following year. Known for his solitary lifestyle, Lee Kun-hee was nicknamed “The Hermit King”. He rarely left his huge private residence in Seoul to visit the firm’s premises.

Lee Jae-yong, son of Lee Kun-hee and vice president of Samsung, was found guilty of bribery in 2017. The man offered up to 43.3 billion won to Choi Soon-Sil, an advisor to the former South Korean president, in order to negotiate political favors. Thanks to these embezzlements, Lee Jae-yong allowed Samsung to keep the advantage over its competitors. He was sentenced to five years in prison in 2017 before being released on bail a year after the trial.

Last June, Lee Jae-yong once again found himself in the sights of justice. Accused of accounting fraud and stock market manipulation, he was briefly taken into police custody. A trial is scheduled for 2021. Lee Kun-hee’s fortune, estimated at 17.7 billion euros, is expected to go to Lee Jae-yong and his two sisters. Not surprisingly, Lee Jae-yong will succeed his father as president of Samsung.