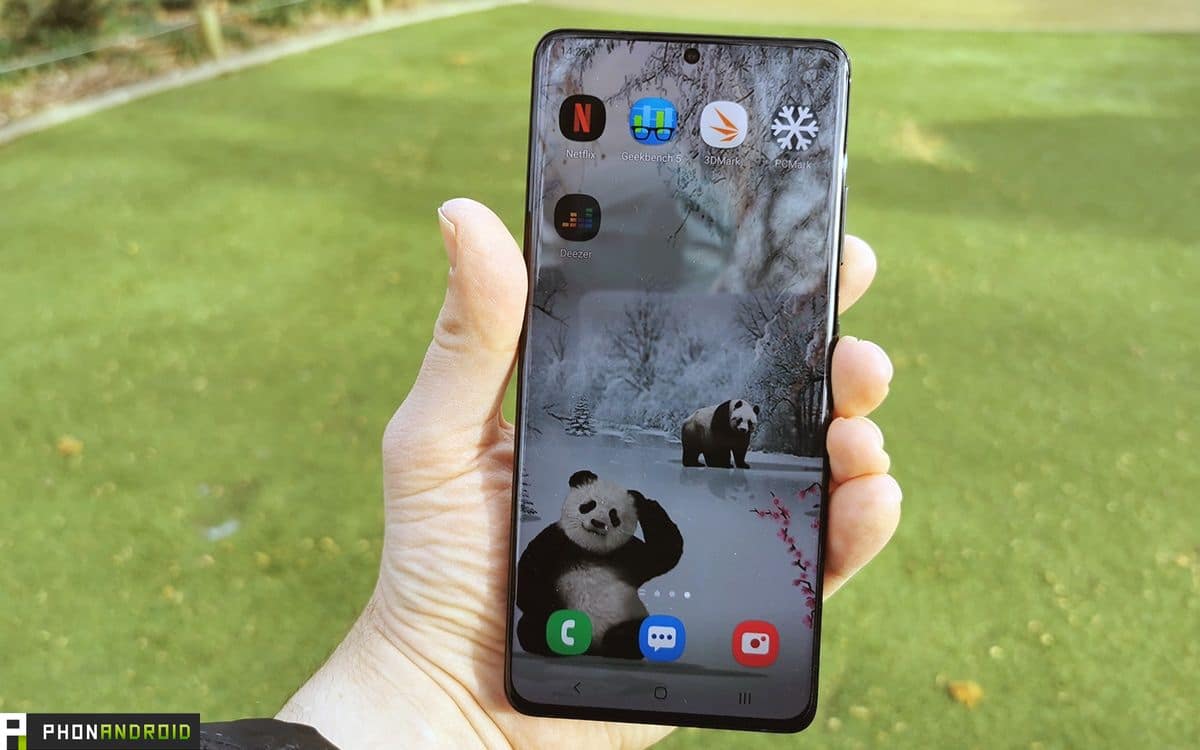 Samsung has just kicked off the One UI 3.1 update rollout on the Galaxy S20, Note 20, Z Fold 2, Z Flip, and a handful of older smartphones. This update of the overlay brings several new features so far reserved for the Galaxy S21, S21 and S21 Ultra. We take stock of smartphones that switch to One UI 3.1 and all the new firmware.

In a press release published on February 17, 2021, Samsung announced the deployment of the One UI 3.1 update on some smartphones in its catalog. This update of the interface, still based on Android 11, was until now reserved for the Galaxy S21, the latest high-end smartphones of the brand.

As expected, the update to One UI 3.1 allows above all to offer some of the new features built into the Galaxy S21 on other Samsung phones. True to form, the South Korean manufacturer adds the software novelties of its most recent smartphones on the oldest smartphones via an update. In general, Samsung waits a few weeks, or months, before lifting the exclusivity of its terminals.

On the same subject: Samsung releases the One UI 3.1 update on the Galaxy S20 FE in France

The list of smartphones upgrading to One UI 3.1 now

The One UI 3.1 update is coming today on a total of 16 smartphones stamped Samsung. Unsurprisingly, the manufacturer offers the update on previous high-end products, including the Galaxy S20, Note 20 and its foldable smartphones (Z Fold 2, Fold and Z Flip). Note that the S10 and Note 10, launched in 2019, are also affected by the deployment.

The icing on the cake, Samsung also offers the best features of the Galaxy S21 on mid-range smartphones, including several Galaxy A. “Samsung is committed to ensuring that its devices continue to provide great mobile experiences throughout their lifecycle. […] We make sure to equip our consumers with new features as they become available. Our One UI 3.1 update marks the next big step in this mission ” explains TM Roh, head of Samsung’s mobile division.

Samsung has detailed the new features included in the One UI 3.1 update. First of all, the firmware brings several improvements to the photography part. Note first the arrival of Single Take2 function, an improved version of an option already available. This feature allows to record multiple images and video clips with different visual effect just by pressing once the shutter button of the photo app. You will thus achieve original renderings in a few clicks.

With One UI 3.1, Samsung introduces a “Smart photo editing tool”. This eraser tool simply erases elements of a photograph by simply pressing on it. The interface also offers two new software products to facilitate debugging and improved photo brightness, enhanced tactile autofocus and auto-exposure controller. “With a simple swipe left or right anywhere on the screen, you can now change the brightness of your image before you take the photo” Samsung explains.

Samsung has also thought about budding videographers. One UI 3.1 thus introduces the “Multi Mic Recording” functionality. This option allows you to simultaneously record audio through your phone and a Bluetooth device connected to your smartphone.

Finally, the manufacturer also adds more general features, such as the new Eye Comfort Shield mode7. This mode automatically adjusts the blue light according to the time of day to help the user fall asleep.

Samsung offers Private Share, an option to make it easier to control files shared with your smartphone. This file transfer application offers ultra secure document sharing via blockchain, the storage technology behind the Bitcoin protocol. The sender can add protective measures to the files sent, such as an expiration date in particular, and “Remove metadata that reveals the location of photos before sharing”.

To conclude, Samsung integrates Auto Switch. Now, Galaxy Buds Pro, Buds Live, and Buds + will automatically switch from your Samsung smartphone to your Samsung tablet as you need it. Concretely, if you are watching a movie on your Galaxy Tab 7 and you suddenly pick up to answer a call on your Galaxy phone, the headphones will switch immediately.