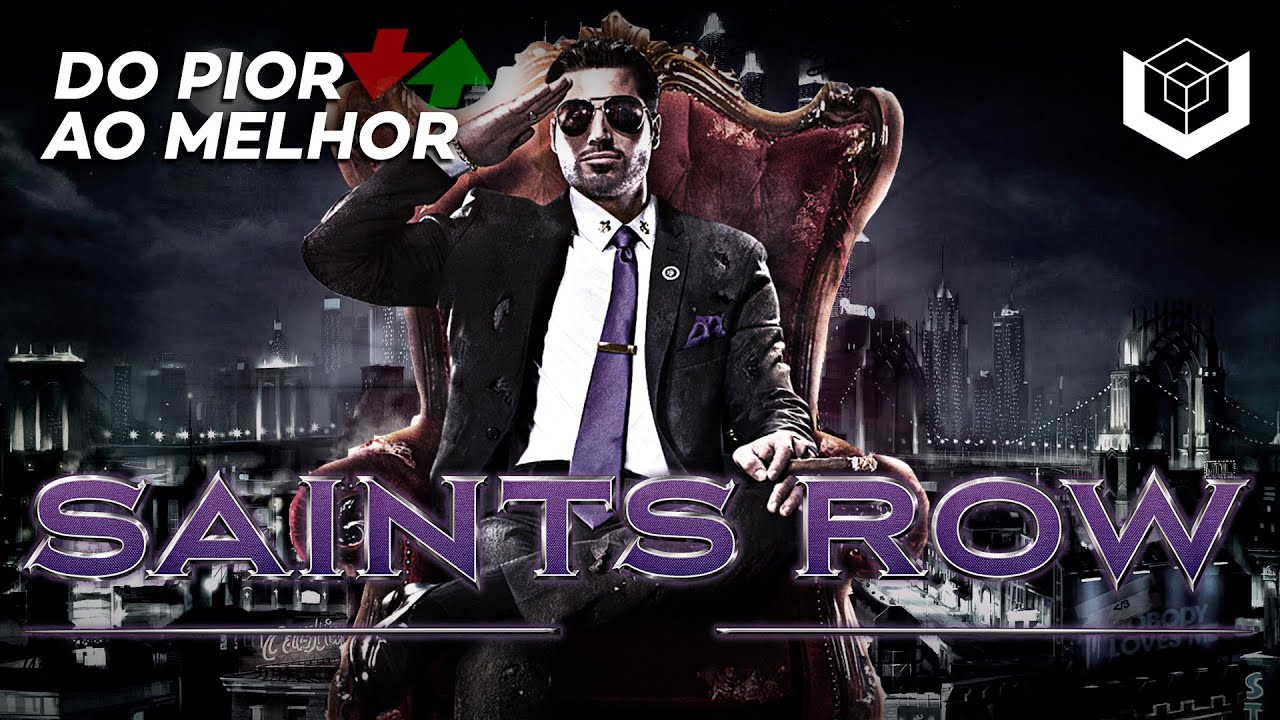 After the success of the franchise GTA, many companies tried to replicate the formula, most without success. The one we are going to talk about today did well for one main and great reason: not to take yourself seriously.

If you’ve ever laughed at the absurdities that this series has provided, I mean that you have a mood as childish as mine. You asked, voted and here’s the Worst to Best in the franchise Saints Row. Here are our criteria, pay close attention:

Launched in 2015, Saints Row: Gat out of Hell is a stand alone expansion that was developed by Volition, creator and responsible for the franchise, and by High Voltage Software, which serves as an epilogue to Saints Row IV and accompanies Johnny Gat and Kinzie Kensington, who are looking for The Boss in hell after he was kidnapped by Satan.

Much of the gameplay is the same as the fourth game in the series, with an open world, third person view, several side missions and super skills, in addition to introducing “angelic flight” by means of wings and bringing a new world called New Hades , consisting of 5 islands. At the same time it adds, it reduces since it is not possible to customize characters. To progress through the story, it is necessary to complete activities that fill the Satan’s Wrath bar, unlocking cutscenes and other elements of the plot.

Analysts praised his wild and imaginative world, new types of enemies, sharp humor and fun flights, but criticized the stretched story, underused characters and the emphasis on side missions. His grade is 65.

Saints Row IV, released in 2012, accompanies our protagonist, who may be the same as in the previous titles in the series, after being elected President of the United States due to terrorist threats. 5 years in power, they were put into a simulation of the Steelport city by the alien empire Zin, which is attacking the planet.

As previously mentioned, one of the biggest additions to the title is superpowers, which will enter the mix of gang fighting, alien invasion and zombie crowds. The player’s task is to free the city from the invaders, performing side missions, and defeat the enemies to get out of that location.

The story missions are very crazy and the writing of the dialogues is great, matching the tone of the game, in addition to the combat and movement skills are fun, but the whole setting of the story is monotonous and, even with all the powers, the combat gets boring over time. Your grade is 78.2.

In 2008 it reached the markets Saints Row 2, a game set in the fictional Stilwater, which was shaped using Chicago, Detroid, Cleveland and Baltimore, and follows the protagonist back from a 5-year coma and discovering that his gang, 3rd Street Saints, have split up. Not only that, but his rivals have taken over their area. With that, the goal is to bring everyone back together and recover what was lost.

To play the main missions, it is necessary to carry out minigames and side missions, which gives points of respect. The combat of the first game has been reformulated, there is a wide variety of equipment and vehicles to be used and the character customization is very interesting, with several voice options, hairstyles, faces and so on. It also has a cooperative and competitive multiplayer mode, in addition to several cheats. The problem with the latter is that they disable achievements on Xbox 360.

The game was praised by analysts for its satisfying combat, its variety, the zombie moment and the fun coop, but its competitive multiplayer is forgettable and the friends’ artificial intelligence is frustratingly stupid. Your grade is 78.3.

Second, the very first game in the series. Saints Row was released in 2006 and accompanies our protagonist who just joined the 3rd Street Saints gang after they saved his life. The group will now battle other gangs for control of the streets of Stilwater.

As in the second game, it is necessary to get Respect points, through minigames and side missions, to continue the story. The player must face the enemies using firearms or melee weapons, and they can explore the world on foot or using vehicles. In addition to the rival gangs, it is necessary to fight the police as the protagonist’s actions are not very cool. The higher your wanted level, the more aggressive the police will be.

Comparisons with the series GTA were inevitable, but ended up being positive on many points. It was classified as fun, responsive, impressive, with great audio and incredible explosions, well written, with a good story and several creative features, but it is too similar to the Rockstar franchise, having little originality, has several bugs and most missions are the same. Your grade is 81. 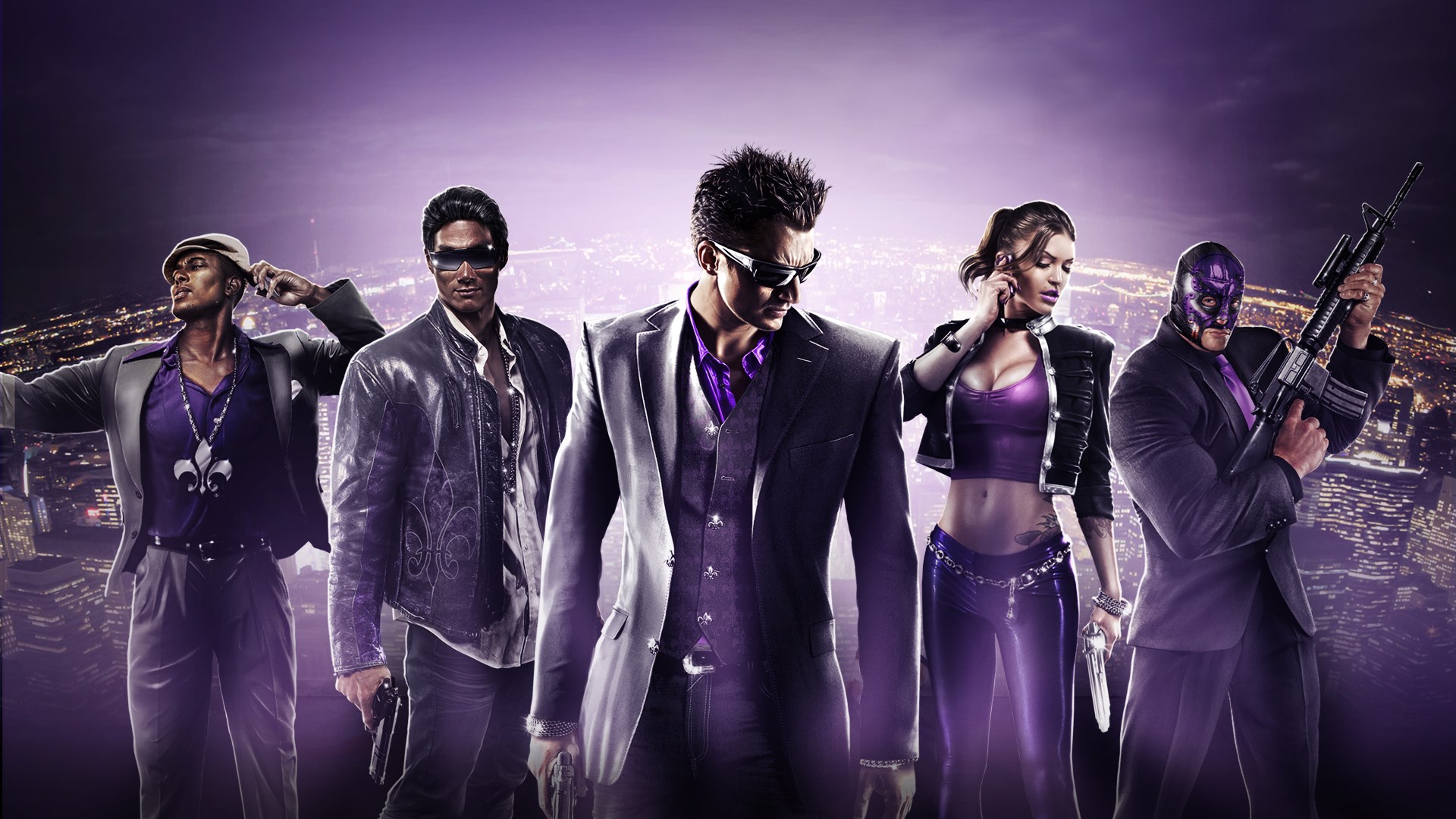 And we got to the very first place with the most popular game in the franchise. Saints Row: The Third, launched in 2011, accompanies the 3rd Street Saints gang, of which our protagonist is now a leader, which became extremely popular and created its own brand. The problem is that the city of Steelport is now controlled by the international crime organization Syndicate and this will create serious friction between the two groups.

This is the game that basically kicks the bucket and embraces the scrotum once and for all, even containing a gun shaped like adult toys, if you know what I mean. The number of weapons and vehicles has been increased, the story can be played in coop, there is no competitive multiplayer mode and he introduced experience levels and weapon upgrades.

The analysts praised him a lot for the weapons and vehicles, for the outrageous story, for the fun activities, for the variety of customization and for the good rewards, but his visuals are not impressive at all and he has occasional glitches that hinder the experience a lot. Saints Row: The Third got 83.3 of note.