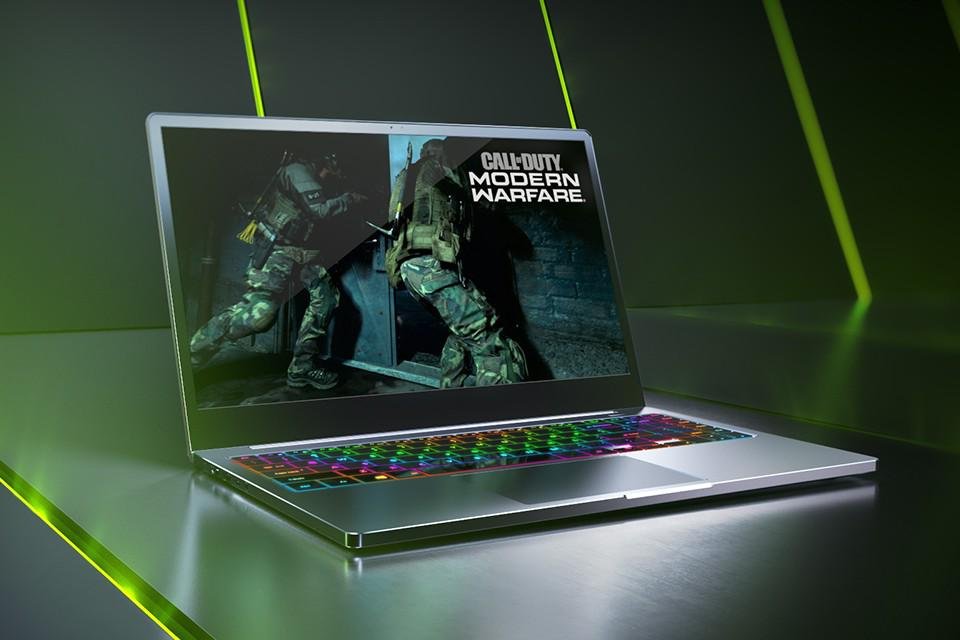 A GeForce RTX 2050 is a notebook-only GPU slated to hit the market in Q2 2022, despite its name. The simplest Nvidia card with a relatively low thermal design, even for a mobile GPU, is curious to say the least, especially given its specs.

To help answer some questions about the product, the Tecmundo prepared a comparison, not only to point out the chip’s specifications and performance, but mainly to try to position it in the market and justify its existence considering its possible applications.

A RTX 2050 is a curious bet for the entry-level mobile GPU segment. What is strange is not necessarily its isolated specs, but how the card compares to other graphics chips from Nvidia itself, especially considering that the GeForce RTX 3050 has been available since early 2021. 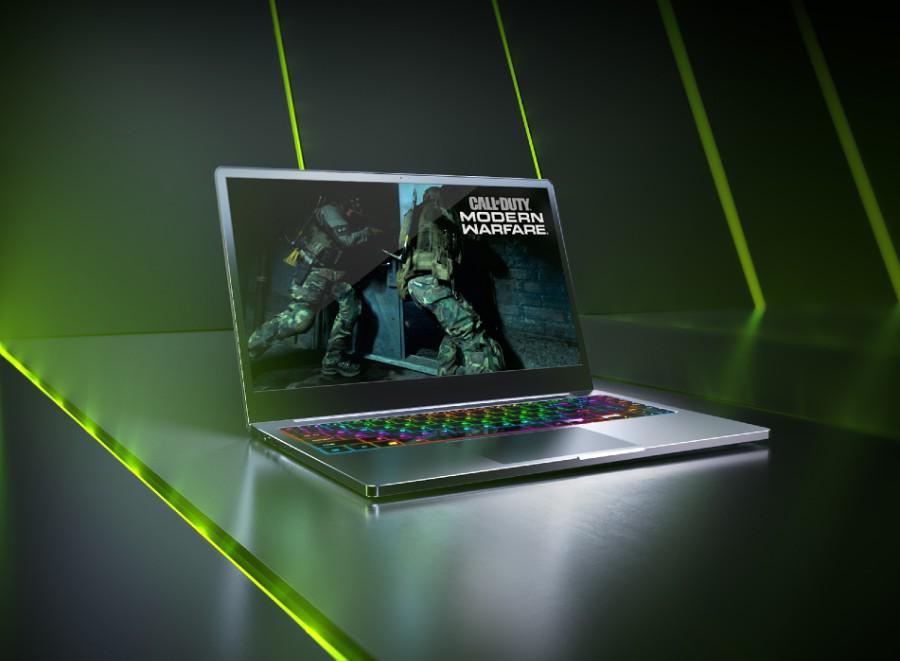 Notebooks equipped with RTX 2050 seem to target a very specific segment of the marketSource: Nvidia

It’s common in the industry for manufacturers to subdivide market segments, generally looking to stay within a tight price range, but looking to meet specific demands such as more memory, or overclocking capability.

Apparently, the proposal of the GeForce 2050 is to offer a cheaper and more energy efficient solution than the RTX 3050. However, this segment seems to be too specific for a market where the GPU price is only a part of the total value of the product — especially considering that Nvidia will launch also a new card from the MX 500 line.

Nvidia’s next two releases appear to be more limited silicon versions of the GeForce 3050 for notebooks. The difference in frequency and bus allow maximum TDPs well below the 80 Watts of last year’s GPU, despite still being too demanding to equip ultrathin.

The thermal design limited to 45W can represent gain in autonomy and a much less unpleasant experience for those who are used to playing games using the notebook keyboard. This is because the keyboard region is usually one of the main areas of heat dissipation, causing a lot of discomfort to use gamer models without a dedicated keyboard.

In terms of performance, the RTX 2050 is very close to the GTX 1650 Ti, but because they use Ampere architecture, the same GA107 GPU and number of CUDA and RT cores as the RTX 3050, the two new chips are compatible with Ray-tracing and DLSS. With this, it is possible that in games compatible with Nvidia’s super resolution technology, the new GPUs have slightly higher gains. 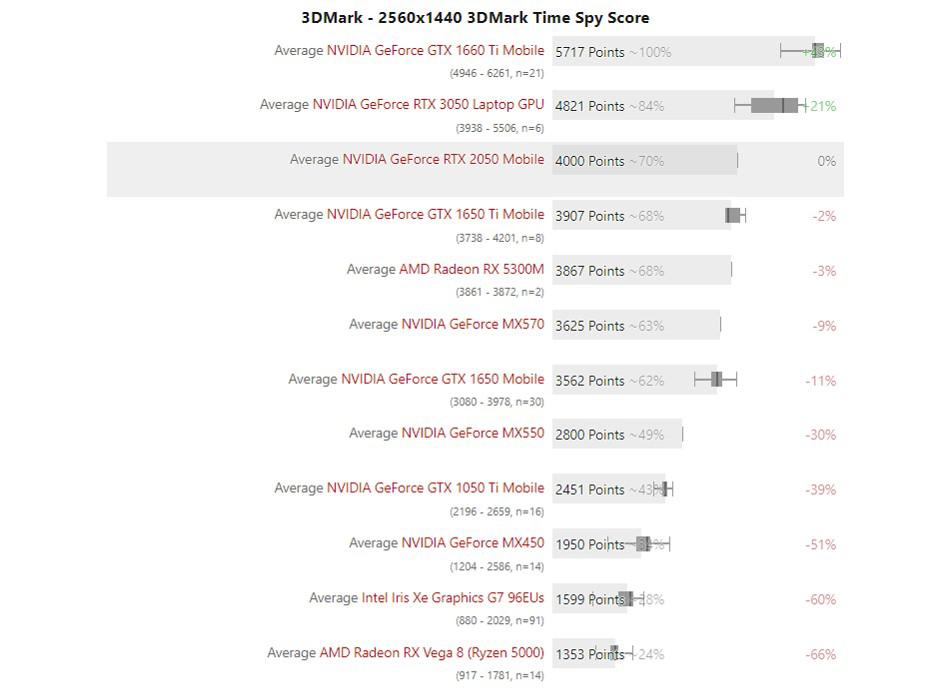 GeForce RTX 2050 has virtually the same performance as the GTX 1650 Ti, but is compatible with RT and DLSSFonte:  NotebookCheck

Thus, it is very likely that the choice of name for the RTX 2050 be a decision more related to marketing than to technical aspects. The market already understands that the -50 termination on Nvidia cards represents the most basic model, and the GTX series has as its main limiting factor the incompatibility with Ray-tracing and DLSS. 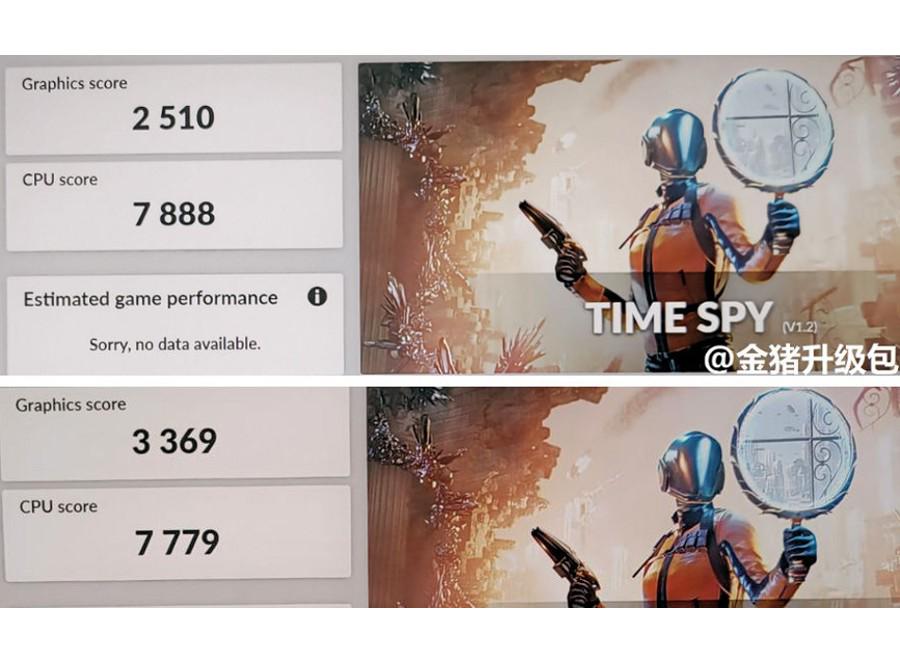 In addition, MX cards, exclusively for notebooks, do not tend to have many variations within the same generation. By that logic, creating a supposed GTX 2650, or MX 590, would go too far from Nvidia’s naming standard, in addition to creating even more confusion for the consumer. Therefore, it makes sense that the company chose to name the card RTX 2050.

But is the board necessary?

Dedicated graphics are still better than those built into laptops, at least for now. AMD has already launched the first notebooks with the new Ryzen 6000, and one of the main advantages of the new processor is its APU with RDNA 2. So far, only high-end models are available, naturally with more expensive GPUs. However, one of the company’s focuses during CES 2022 was the possibility of laptops with good performance in games and other applications, with only integrated graphics and very modest thermal designs. 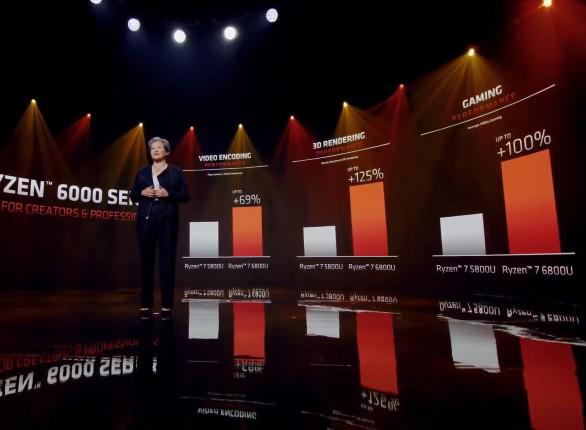 In addition, Intel’s arrival on the GPU market with Arc boards, or even new versions of the Iris Xesurprisingly good for its proposal, fatally encompasses a considerable slice of a market in which Nvidia was almost hegemonic.

Therefore, the movement to create a product as specific as the RTX 2050, especially considering the chip used, is probably an attempt to minimize losses at both ends. With this, it is possible to take advantage of lower quality GA107 silicons and still offer cheaper contracts with notebook manufacturers, maintaining the RTX seal.

Manufacturers have not yet confirmed which models will use the new mobile graphics card, but with the launch scheduled for the second quarter of 2022, it is likely that we will have more news soon.